In the world of mountain biking, the Sea Otter festival in California is one of the most important. It's where loads of brands choose to show new product amid the racing and general revelry. It's recently launched a European edition and we sent Augustus Farmer out with his camera to see what interesting things he could capture.

It turns out that there was plenty that we hadn't seen before. Check out the gallery for a quick round-up of all the new and niche gravel and adventure bikes on show. If you fancy a full serving with mountain bikes and all, head over to our sister site off-road.cc and take a look at their selection of the cool, the quirky and the downright odd. 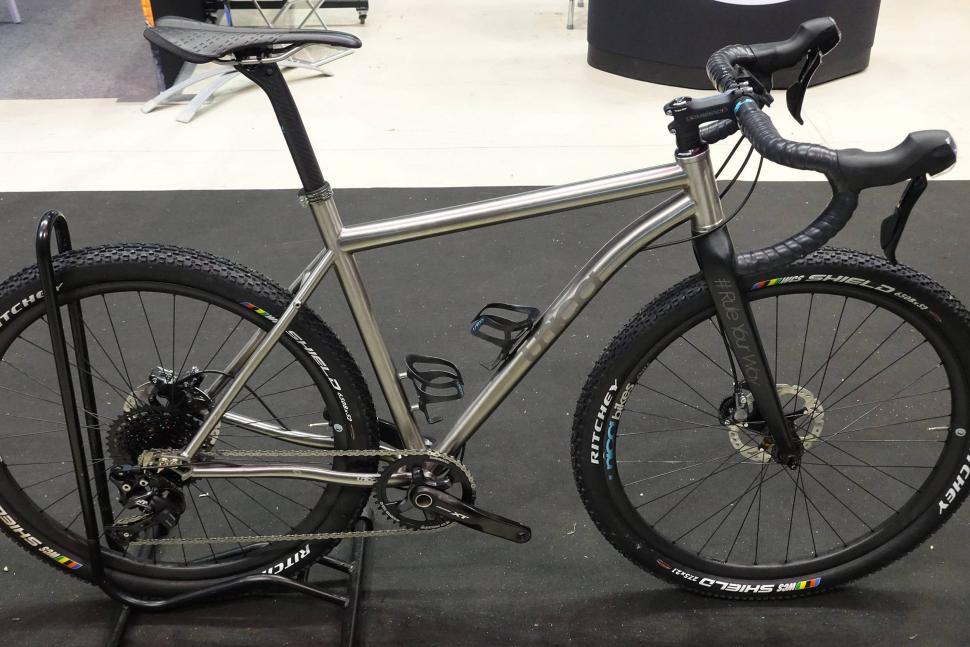 Spanish brand Unica makes this rather lovely and versatile Titanium gravel machine. It can take your pick of mountain bike style 29" wheels with fat off-road rubber, 700c wheels with slicks (yes, we know they're the same wheel really) or 650b wheels with extra chunky tyres. Unica say it's a "tireless and unconditional companion of travel and life", which is all anyone can ask for really, isn't it? 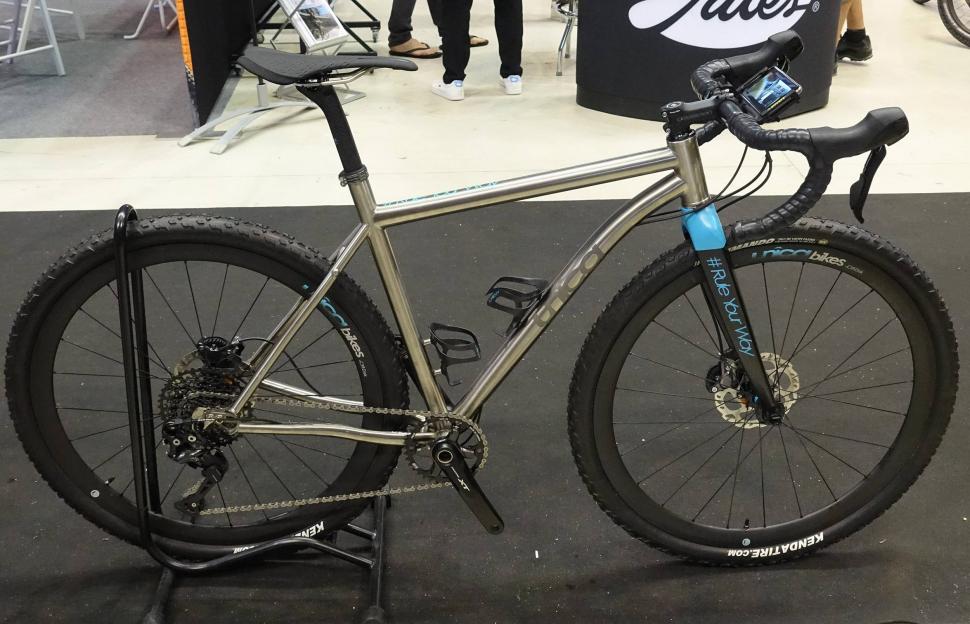 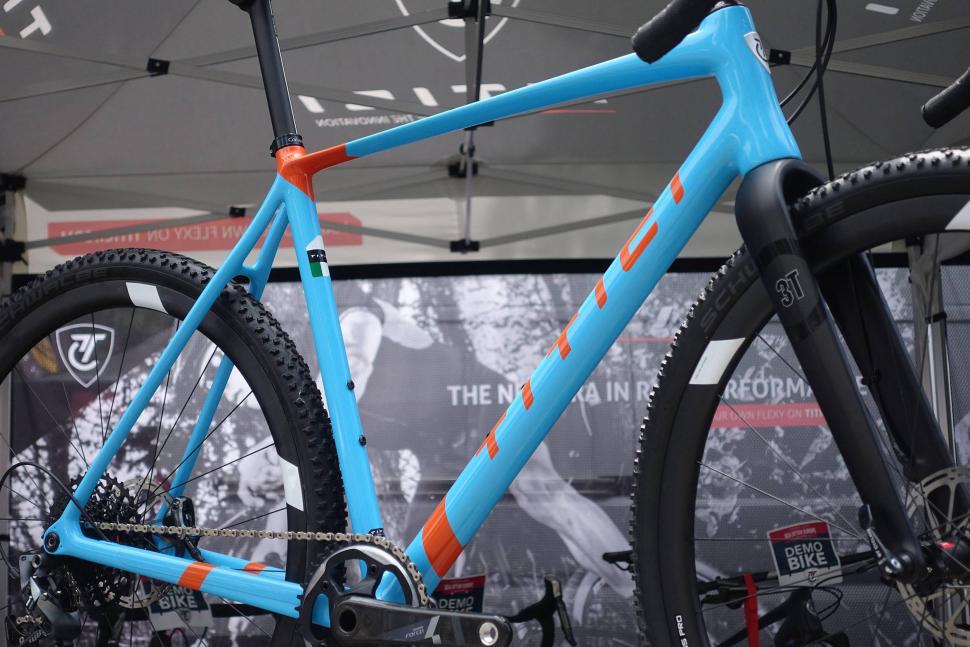 The Titici (stop sniggering at the back) Flexy Gravel is another gravel bike but with a very different take on the concept. It's got a carbon fibre frame that's made with 'progressive bandage technology'. As far as we can figure from the rather confounding website and machine-translated Italian means that they can tune how stiff the carbon layup is for each rider as well as ensuring a custom fit. 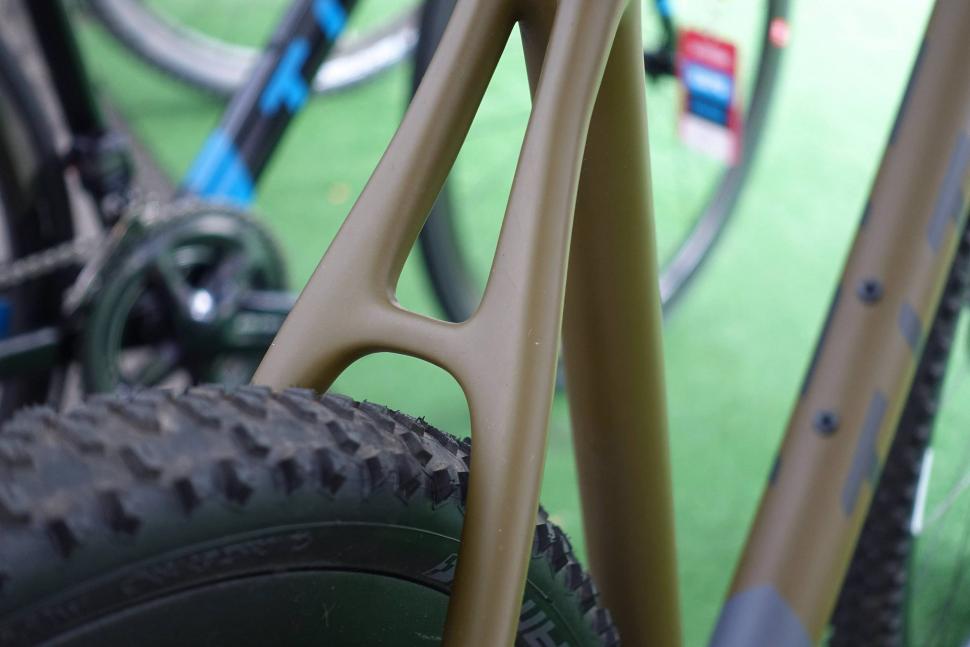 The 'Flexy' part of the name refers to that top tube that's been flattened off where it meets the seat tube. Titici say it allows much more vertical give and therefore increased comfort on rough gravel roads. It's also through axles front and rear along with decent enough clearance with 700c wheels and fatter tyres. 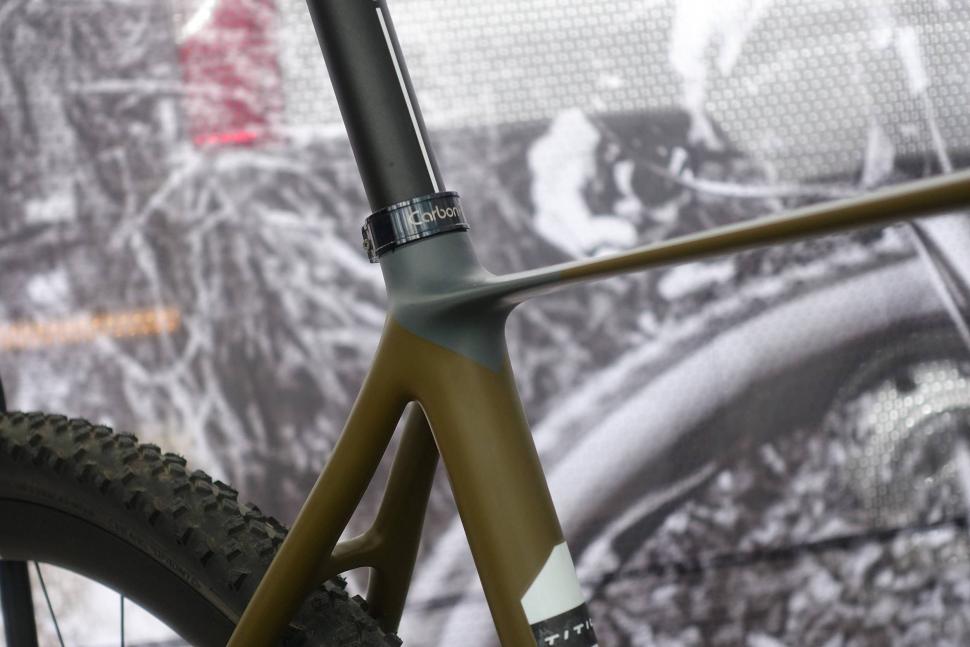 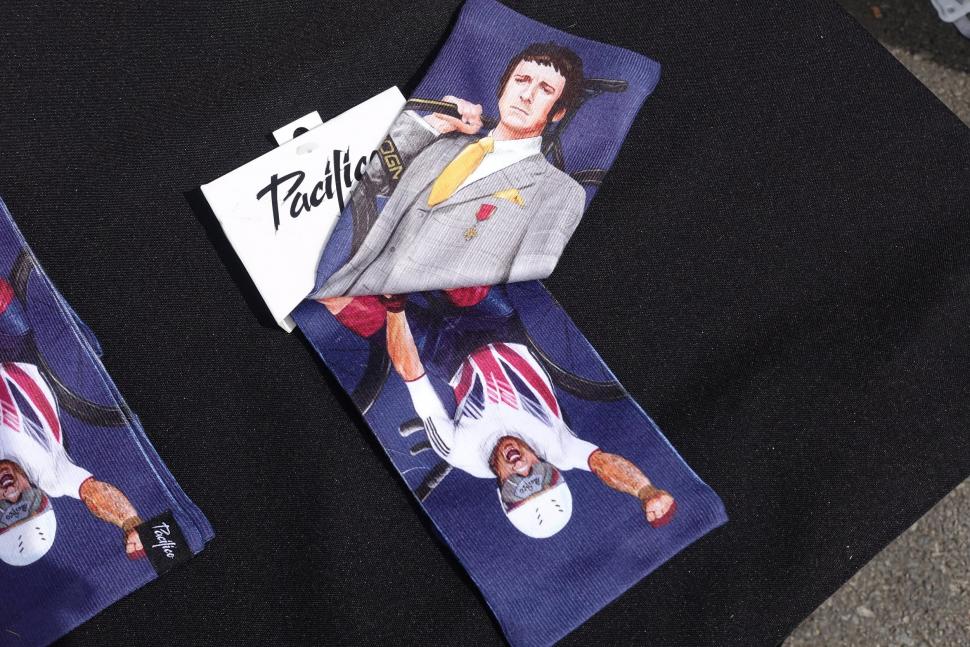 If your love and admiration for Sir Wiggo is such that you want him near you all the time, then these socks from Pacifico will be right up your street. It's got him in both Team GB kit and sharp suited Mod getup, so both work and play are neatly covered. 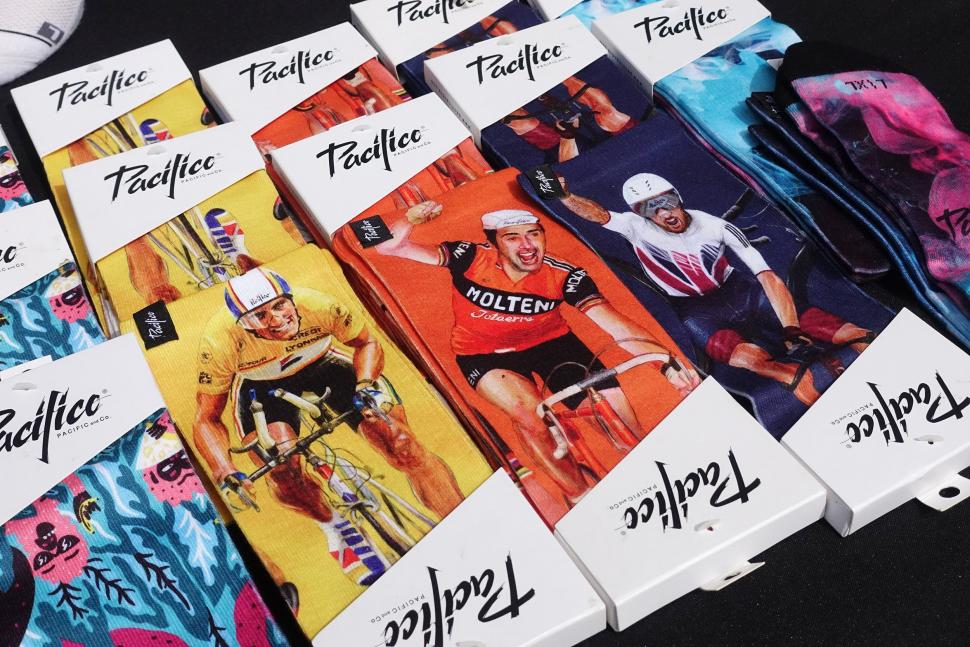 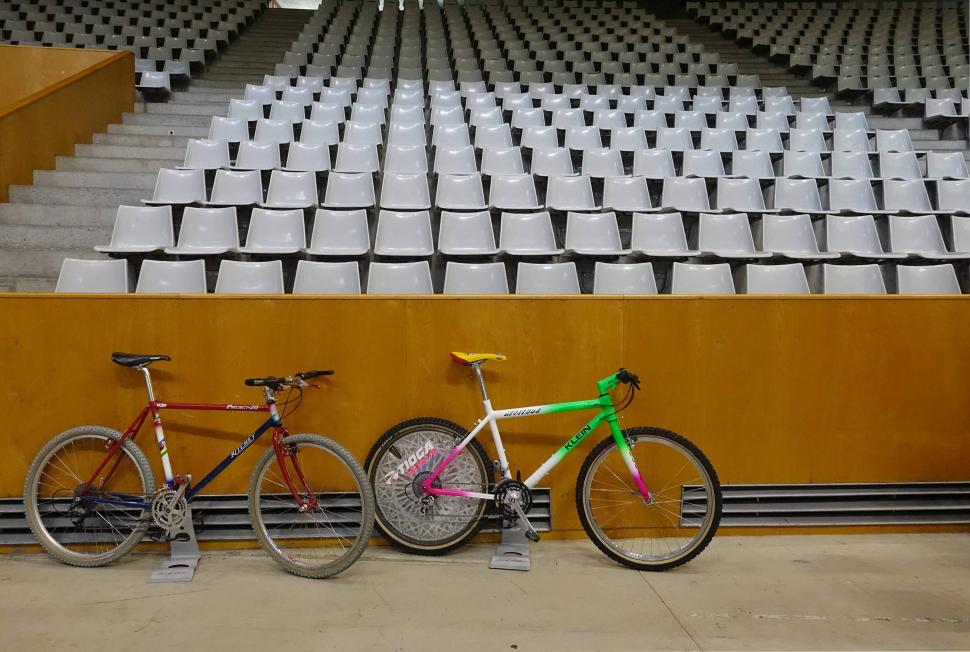 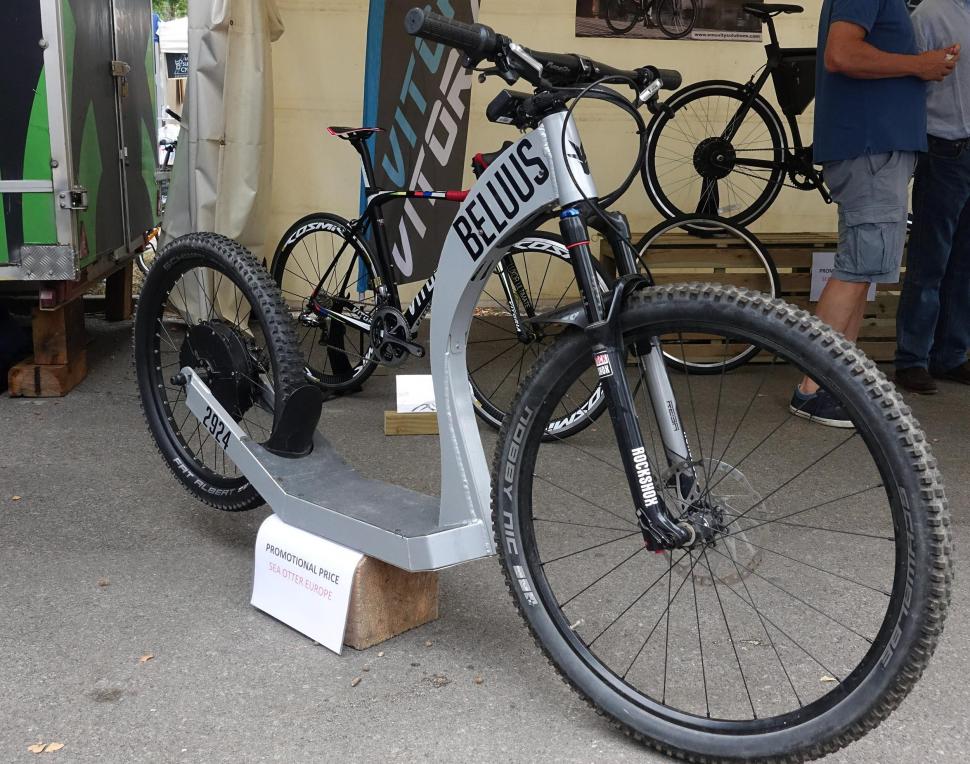