Exposure has not only increased the brightness of its entire range of lights for 2018 but added a number of new technologies aimed at making cyclists more visible to other road users during the day time. Bluetooth has also been added to some of the company’s brightest mountain bike lights, with a dedicated smartphone app giving you wireless control of the brightness.

Day Bright is a new feature being rolled out for 2018 on front and rear lights. It's a specific pulse pattern (one big, three really fast pulses) and lumen intensity designed to increase your visibility during day time cycling.

It’s the result of the company’s work with the emergency services and is designed to overcome the brain phasing out constant light patterns. Exposure says this pulse pattern is the most noticeable which should help motorists spot you from at least a mile away, even riding through a busy city.

Cars are now required by law to have day time running head lights, and there's growing interest in cyclists also running lights during daylight hours.  Bontrager announced its Flare R rear light in 2015 designed specifically for daytime visibility, and we followed up with a trend piece which you can read here. Trek argues that using a light during the day makes sense because that’s when about 80% of cycling accidents occur. Exposure Lights has also conducted its own research and it's something we'll be taking a closer look at in a future article.

ReAKT Ambient Kinetic Technology is another new technology and it's found in the rear lights. If it gets lighter, the light gets brighter, so if you’re riding in the daytime and going through dappled light, the technology will adjust the brightness to ensure you’re seen at all times. It also senses braking forces and will get brighter accordingly. The Strada range of road-specific front lights has proved popular, and Exposure has updated the range and now offers a 1200, 900 and 600 lumen light,  priced £289.95, £244.95 and £199.95 respectively. Each light features Day Bright technology and offers minimum burn times of 3 hours. 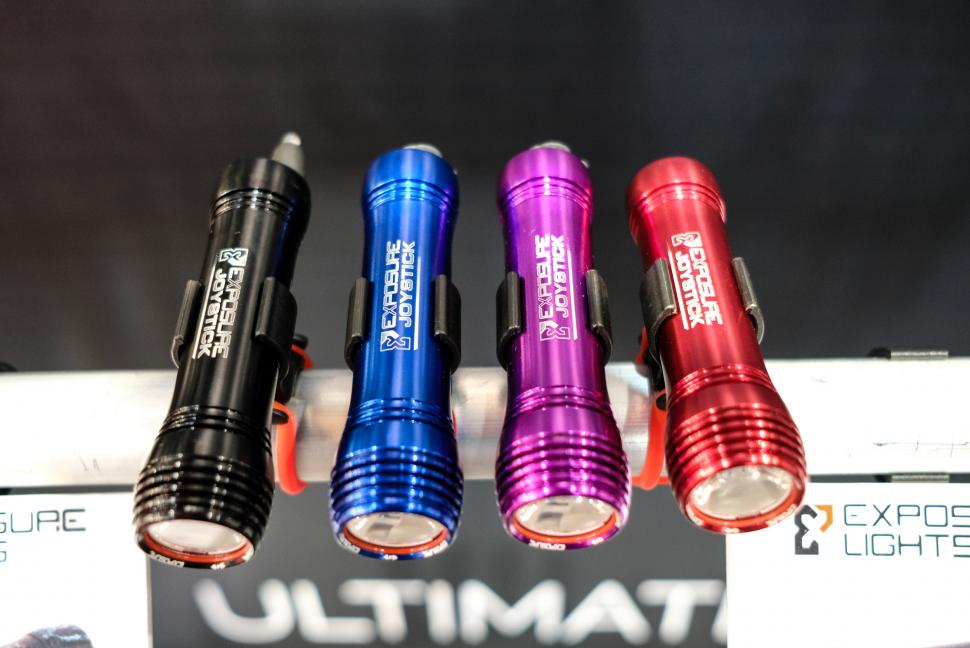 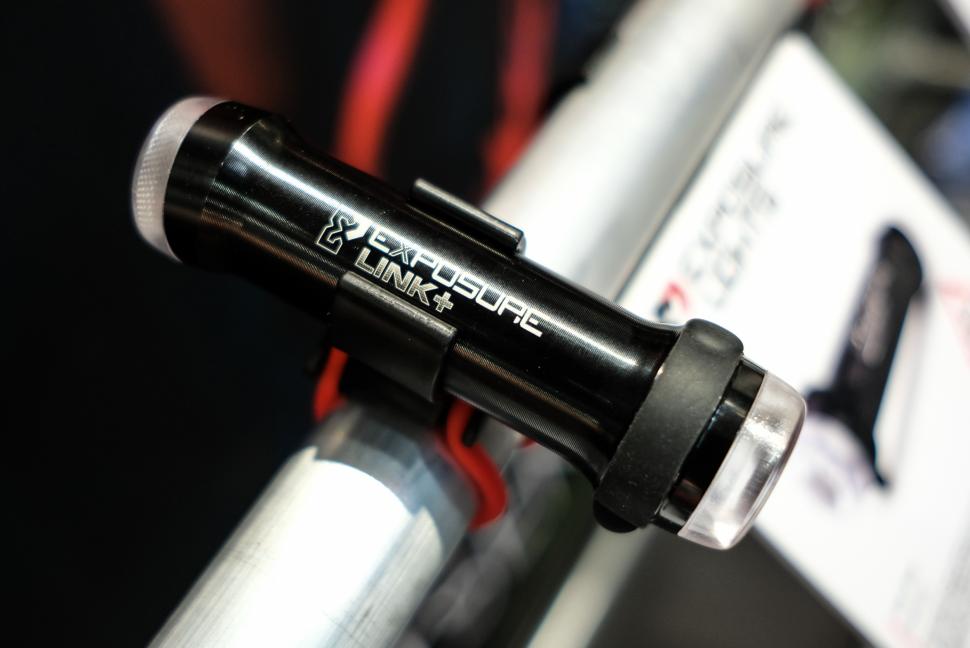 The Link Plus (£84.95) with its 150 lumen output is a good inner city commuting light to be seen by and can last up to 72 hours on the pulsing mode, and 3 hours on constant.

The smaller Link (£69.95) still manages an impressive 100 lumens and its small size and low weight make it a good get-you-home emergency or backup light. There are three brightness modes and a Fuel Gauge makes it clear when you need to top up the battery.

The Trace (£39.95) is the smallest front light but still packs a 110 lumen punch, and paired with the TraceR (£39.95) rear light makes a really good front and rear light setup. 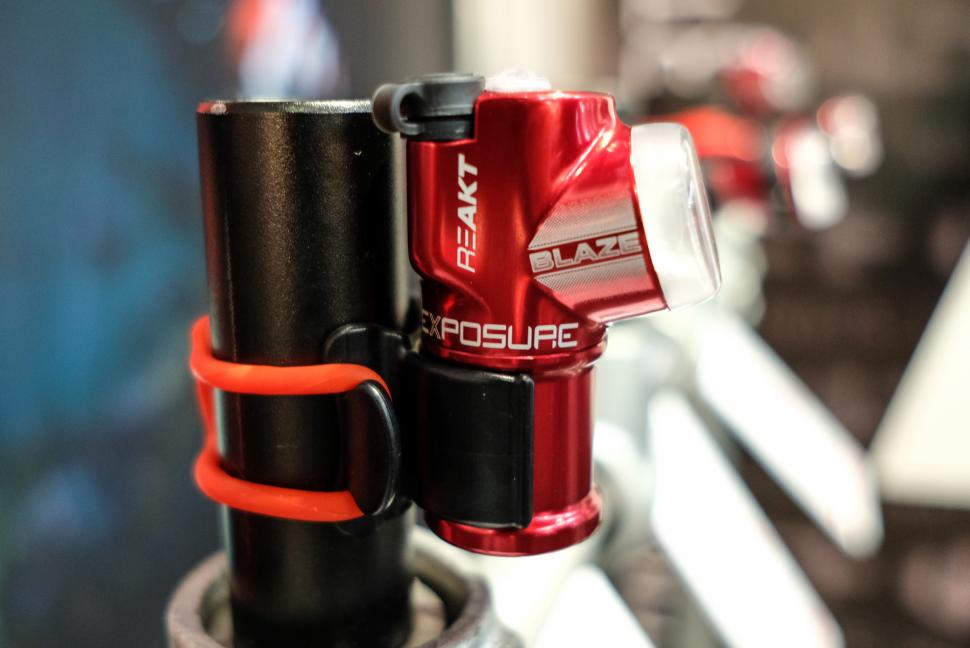 There are four rear lights in the Exposure range. The Blaze ReAKT (£109.95)above  is the most powerful with a 150 lumen maximum output when using the ReAKT mode, 80 lumens in the regular mode, with a minimum 6 hour run time and low 77g weight.

The regular Blaze (£89.95) is essentially the same but does without the ReAKT technology with a max output of 80 lumens and 6 hour run time.  Both those lights also get the Day Bright technology. 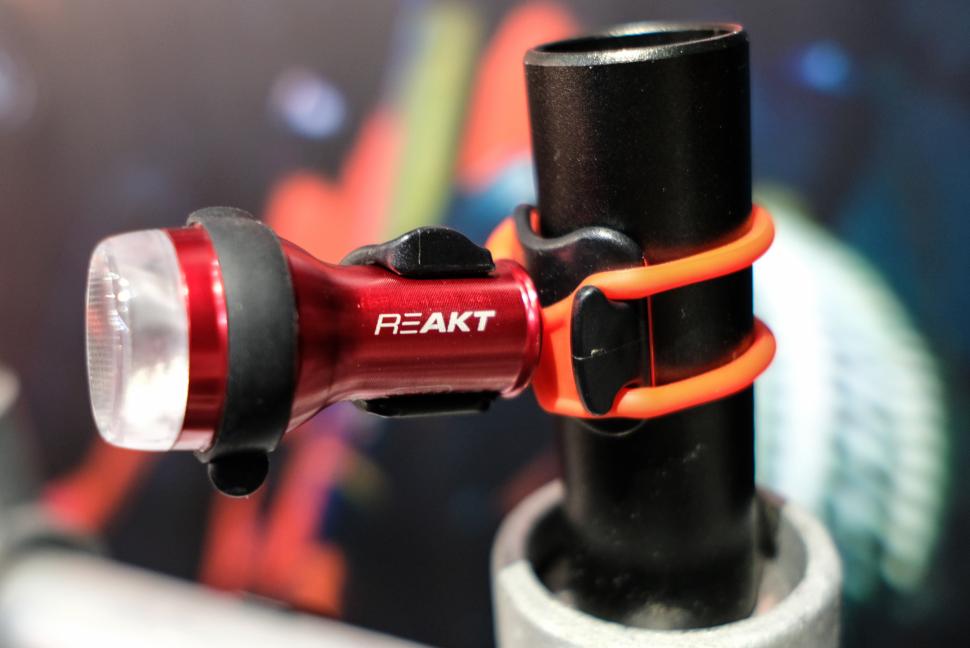 The TraceR ReAKT (£59.95) joins the TraceR we’ve already mentioned but is boosted by the addition of the Day Bright and reactive light technology.

We'll be testing a handful of these new Exposure Lights soon.