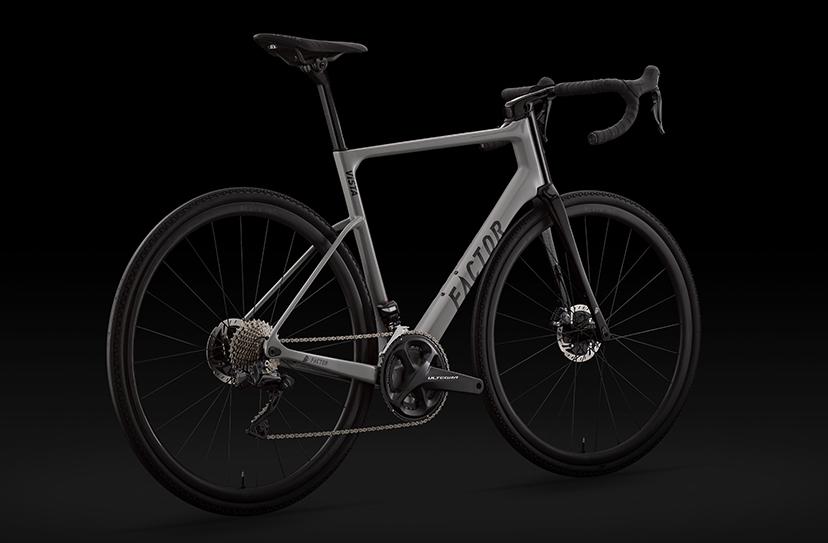 The once-British company and previous of One Pro Cycling and AG2R pro teams, Factor Bikes has launched the Vista, an 'allroad' bike that is aimed at the growing trend for wider tyres and heading off the beaten track, with a bike capable of taking up to a 35mm tyre.

“No matter how technical, fast or rough the route might be, VISTA is made to cope with every environment. Now no rider needs to be confined to smooth tarmac, but can instead master a mixture of challenging terrains and surfaces, with one incredibly capable, versatile All-Road bike,” says the press release. 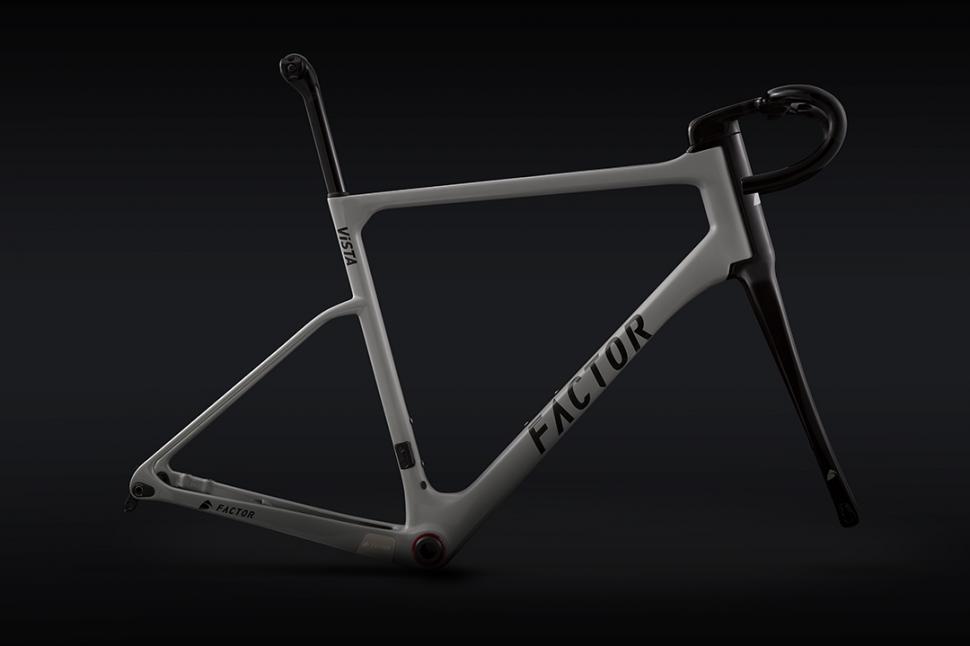 As well as space for 35mm tyres, the new Vista is designed around disc brakes with 12mm thru-axles and flat mount, two things that have become standard on the latest road, allroad and gravel bikes. The geometry has been refined to provide a slightly more relaxed position than the company’s O2 race bike.

Factor says it has put a lot of time into developing the Vista and because it manufactures the frames itself it has been able to short the development time from prototype to final production bike. It has optimised the layup of the carbon for each of the five frame sizes, from 49 to 58cm. It has focused on ensuring the frame is able to absorb road buzz and shocks whilst still ensuring a high level of stiffness for power transfer and handling. The seatstays are skinny and form a very small rear triangle, following the recent trend in road bike design. The ‘power-drive’ is a continuous downtube and chainstay assembly to ensure maximum stiffness.

The OTIS bar and stem has been designed to help reduce impacts and vibrations passing through the front wheel to the rider, with a profile that is both aerodynamic and ergonomic. Cables are neatly routed internally for clean lines and there’s plenty of stack adjustment in the stem. 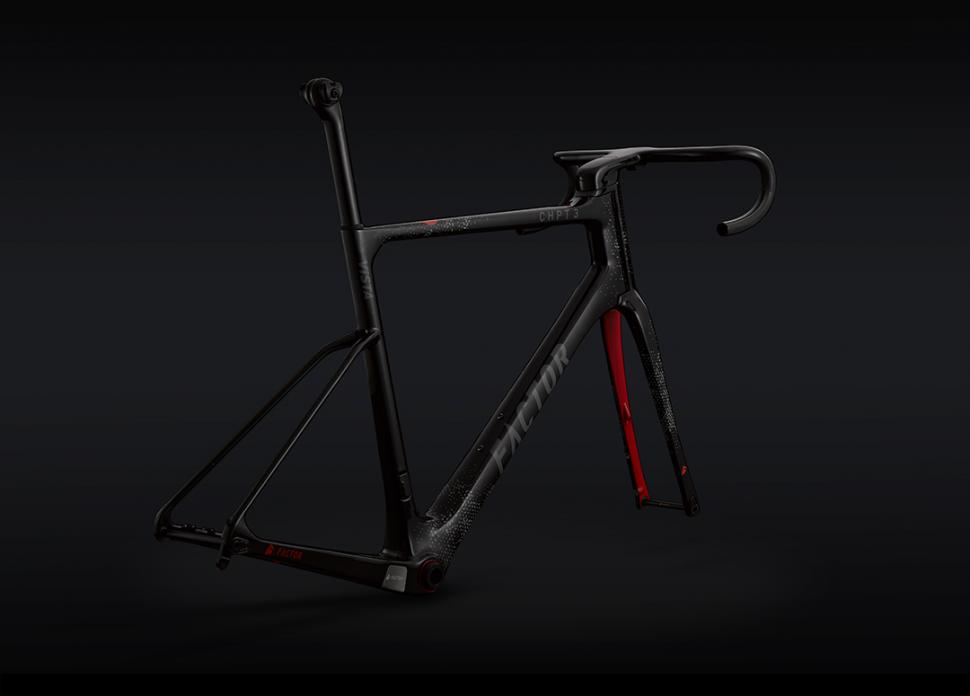 Designed to provide a bit of extra shock absorption is the new seatpost, with a D-shaped profile and a flat back shape to allow a small range of deflection when the rear wheel hits a bump or hole. There’s a simple single bolt saddle clamp and you can slide a Di2 battery inside the post.

- 20 of the best 2018 gravel & adventure bikes — super-versatile bikes that are at home on lanes, potholed streets and dirt roads

Helping to develop the new bike was 2012 Giro d’Italia winner Ryder Hesjedal, who started out as a mountain biker before becoming a pro roadie.

“I’ve ridden many Factor bikes in my retirement, so I was more than thrilled when Factor invited me to help them develop their first All-Road machine. Now that I can train and ride anytime, anywhere, the Vista’s versatility has quickly made it my go-to bike when I just want to get out and ride,” he says of the new bike. 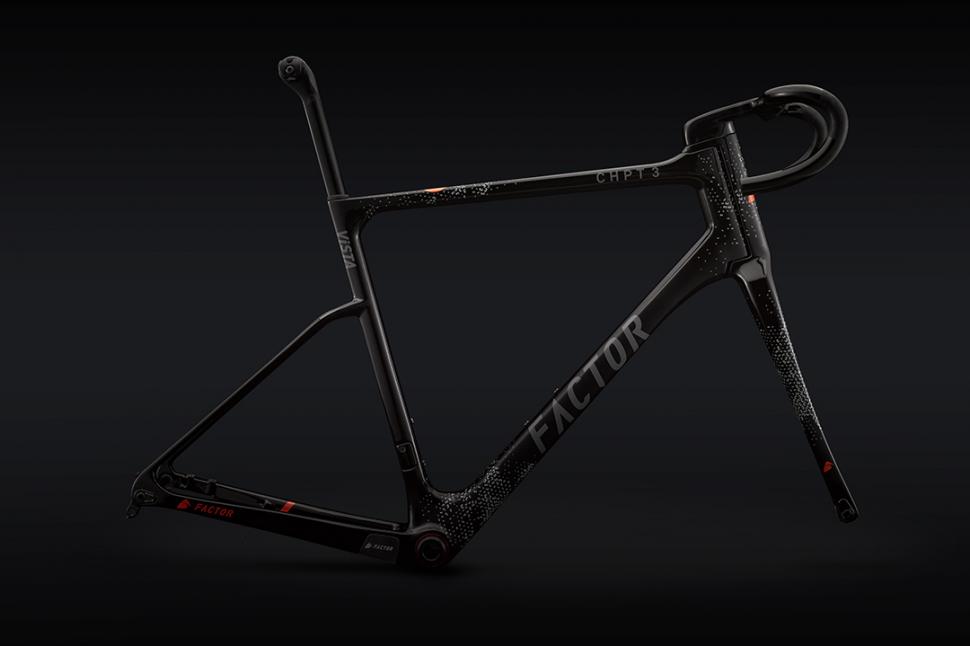 That’s not the only ex-pro that Factor is working with. David Millar has been involved for a couple of years now and Factor will be offering a special CHPT3 version of the Vista, which differs by want of having a different paint job. The colour and design were inspired by the Devesa Forest around Girona where Millar lives, as he explains:

“After a twenty-year professional road cycling career, you feel an immense freedom. No longer confined to roads, and without the pressures of racing you’re free to explore and have fun on your bike - that’s a big driver behind everything that we create at CHPT3; experimenting and creating products that aid your enjoyment.

“Rolling back into our home of Girona through the Devesa Forest, our eyes were drawn to the bold texture in the bark of the trees. Minds racing, back in the studio, we brought the pattern to life digitally and a design evolved, resulting in a pattern which embodied this feeling of exploration perfectly. Collaborating with FACTOR and deploying the Devesa design on the new VISTA bike couldn't have been a better fit.” 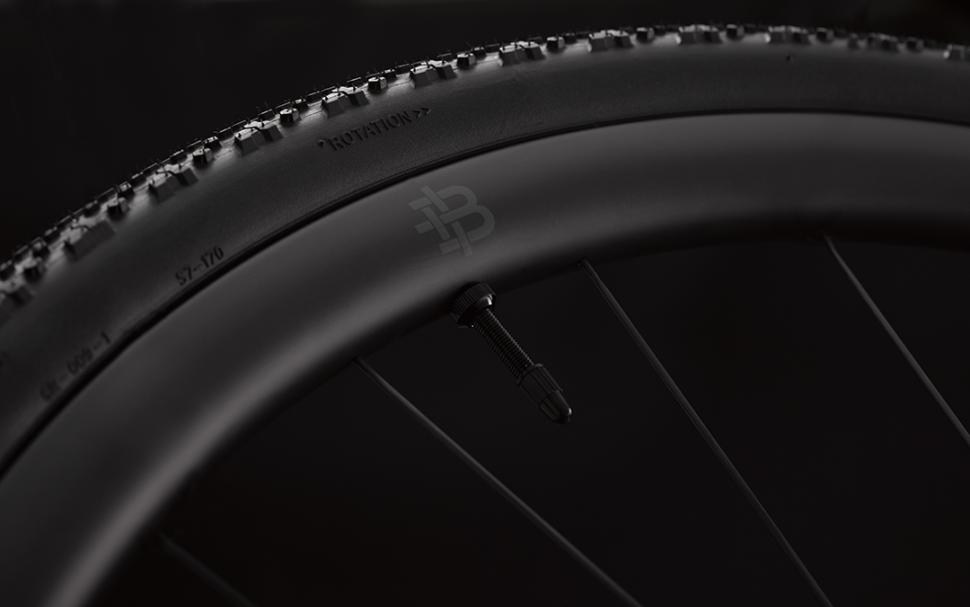 If you want to buy a Factor, you can choose a frameset comprising the frame, fork, handlebar, stem and seatpost for £3,750. Or you can get a rolling chassis which adds Black Inc tubeless-ready wheels for £4,690.

Make no mistake, this is no gravel or adventure bike. Factor is calling it an allroad bike and it's a tag some other brands are using for road bikes that take up to about a 35mm tyre and designed primarily for riding on the road. Those wider tyres give you a bit more scope for riding off-road, but you're looking more at  hardpack dirt roads, fine gravel tracks and towpaths than really chunky and technical trails.

To my eyes, it has a lot in common with the latest endurance bikes like the Trek Domane, an endurance bike that will take up to a 35mm tyre. We all know Trek tried dressing that bike up with 35mm tyres and calling it a gravel bike (which it wasn't) before launching the Checkpoint which did take 40mm wide gravel tyres.

There’s also no mention of mudguard or rack mounts and looking at the photos we can’t see any, so doesn’t look like it has the versatility that makes these sorts of bikes popular with UK cyclists.

Young Liam is at the Vista launch down in the New Forest today so we'll have a first ride on this new bike early next week.