It weighs just 10.8kg and looks as close to a svelte road bike as it gets
by David Arthur @davearthur

The march of the e-bikes is upon us and Wilier, an Italian bike brand founded in 1906 and best known for creating beautiful lightweight race bicycles, has launched its second e-road bike with the brand new Cento10 Hybrid.

It’s a superbike among e-bikes, with an aerodynamic frame and full internal cable routing, and looks so svelte you will have to tell people it’s an e-bike. It also generates so little noise that you will have to make your own sound effects!

The Cento10 Hybrid is brand new and has only just arrived in the UK. We managed to get a closer look at it and Wilier’s Kevin Izzard kindly agreed to sit down and answer some of our questions about this new model, and talk us through the key features and details in the video above. 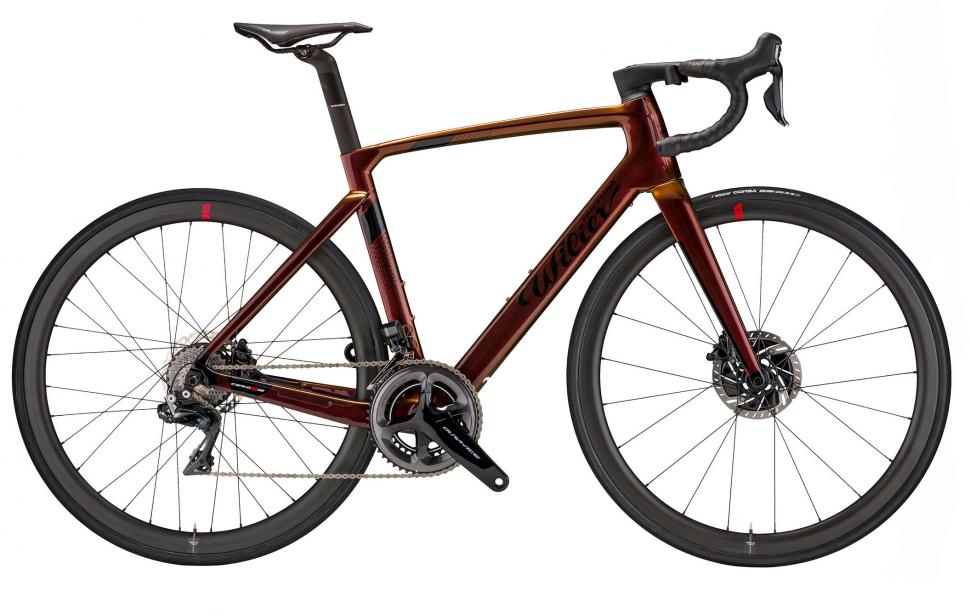 The bike featured in the video is the top-end version with glittery paint and a full Shimano Dura-Ace Di2 groupset with carbon tubular wheels and a whopping £10,100 price tag. If that’s too rich for your tastes, there’ll be a few other models including an Ultegra version starting at about £7k.

The aerodynamic frame is built around the latest eBikeMotion X35+ hub-based motor providing 250 watts of assistance, coupled to a battery integrated into the downtube. It all adds a claimed 3.7kg to the bike. 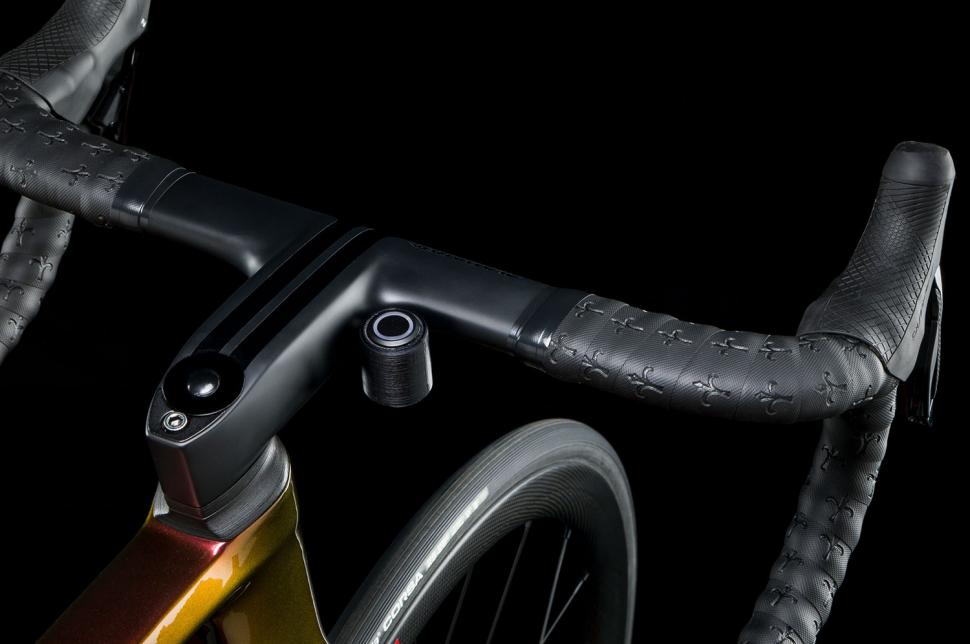 A very simple push-button control module affixed to the one-piece carbon fibre handlebar allows for mode changes without taking your hands off the handlebars, a significant benefit of the more common top tube located buttons.

There’s also a smartphone app for further customisation and ANT+ allows a compatible cycling computer to be connected.

A key focus of the new bike has been weight. Less weight means more range and handling that is closer to a regular road bike. On our scales this bike weighs 10.77kg, making it one of the lightest e-road bikes you can buy right now. 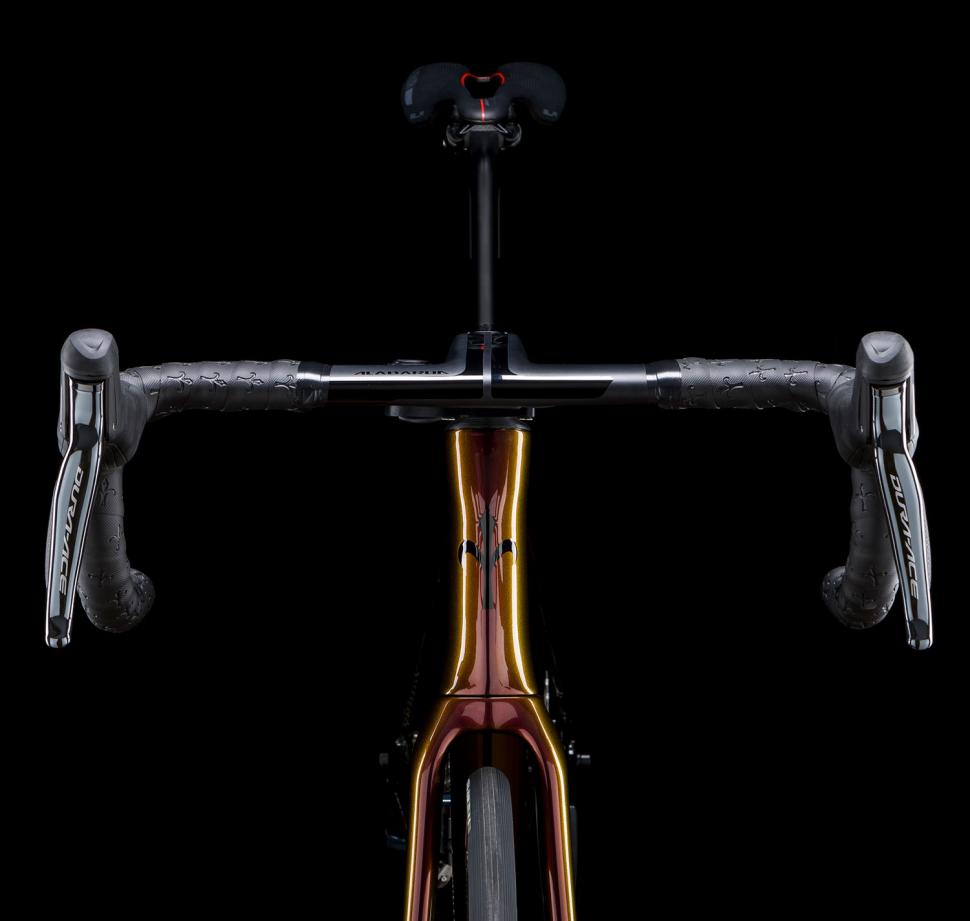 It is comfortably lighter than the Specialized Turbo Creo SL, the other bike e-road bike released this year. In fact, it’s lighter than many road and gravel bikes, though you do have to pay handsomely for it and tubular wheels aren’t the most practical around Bath.

Less weight is good not only on an analogue bike but critically on e-bike because it helps to extend the range. When it comes to range, Wilier has decided not to give a distance but instead a measure of the climbing it is capable of doing. It reckons it’s good for up to 2,000m. 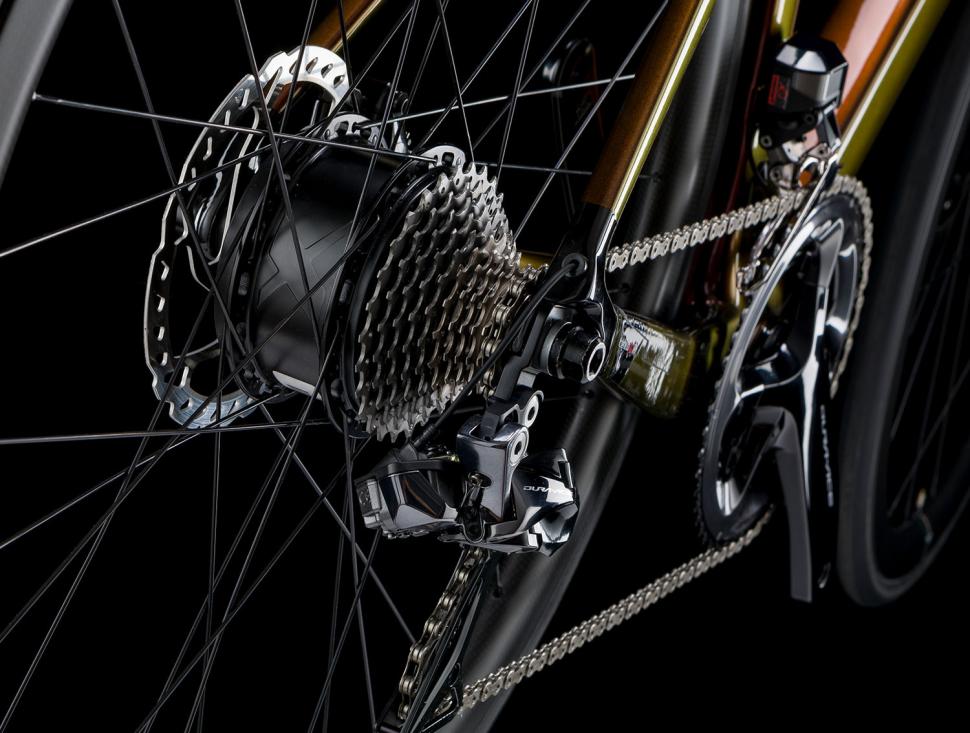 “Testing shows the possibility of covering an uphill distance of between 1000m and 2000m depending on the difficulty of the route, with the battery working for more than an hour and a half,” says the company.

Range is obviously a big talking point with e-bikes but providing a predicted range is not that easy, they are so many variables that can impact the range. Most bike brands offer a target distance, but just as the MPG in your car can vary wildly from the manufacturer claims, so to achieving claimed range can be difficult. Providing a range of climbing is an interesting approach and I think it's one that we can only asses by testing it on a very hilly route. If needed, the range can be extended with an optional 500 W/h water bottle battery. 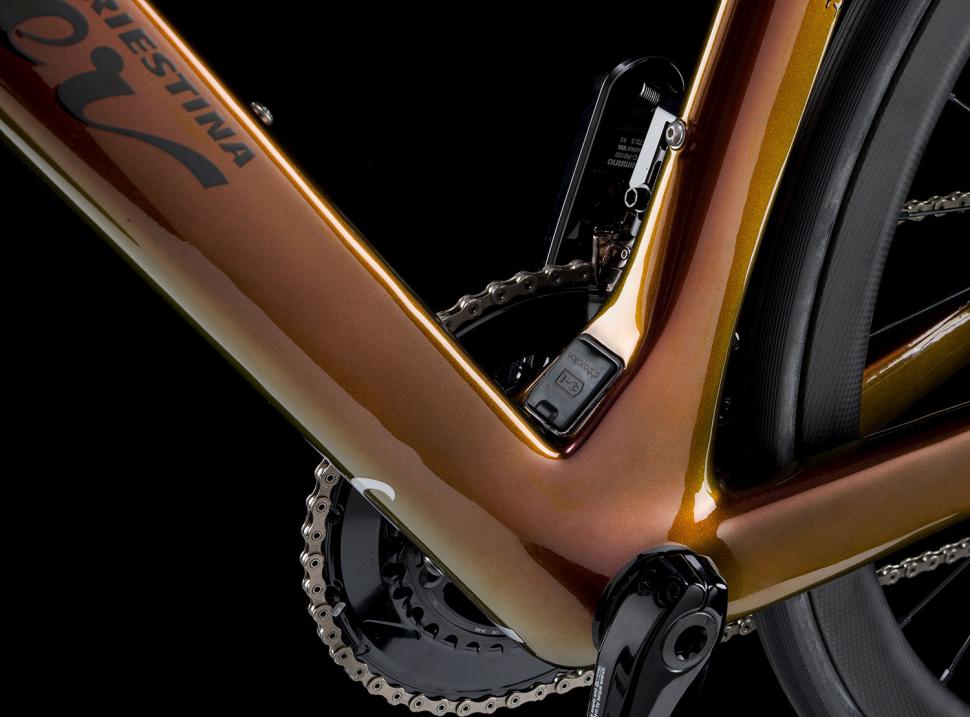 With this new bike Wilier has managed to narrow the gap to the regular Cento10Pro. Even the Q factor (the distance between the pedals) is the same, a benefit of the eBikeMotion over its rivals being the ability to run a normal groupset with regular cranks. There’s also space for up to 28mm tyres as well, ideal for dealing with road roads.

After filming, I took the bike for a quick spin before it was whisked away.

The iWoc control button is small and easy to use on the move, with the three modes helpfully illuminated by different colours. The assistance is gentle and modest rather than a great big shove, think a nice tailwind rather than hanging off the back of a truck.

It’s extremely quiet. Any noise from the motor is barely  over the din of the surrounding traffic. There’s certainly no loud whirring sound reminding you of the assistance you’re receiving.

The lack of weight is telling when it comes to handling. Though not the most informative ride, it’s apparent the handling of the bike is just like a regular road bike. It has a lightness of steering you want for easily sweeping through tight bends and changing direction, and it feels responsive out of the saddle.