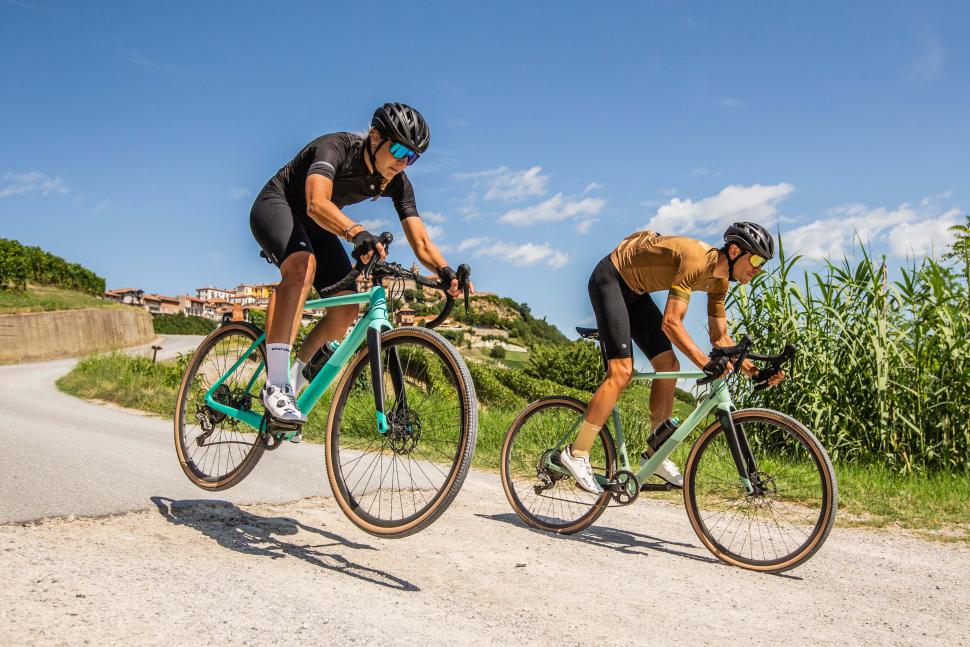 New full carbon disc-brake bike with clearance for 38mm tyres is available in a two-tone version with one shade being traditional celeste, or contrasting greens
by Anna Marie Hughes

Bianchi has revealed its new Impulso Pro disc brake gravel bike that has been designed for multi-surface speed-seekers and adrenaline racers. The Italian brand says the focus of the Impulso Pro is speed on any terrain, and the new model sits alongside Bianchi’s other full-carbon gravel bike, the Arcadex, as well as the aluminium alloy Impulso Allroad. 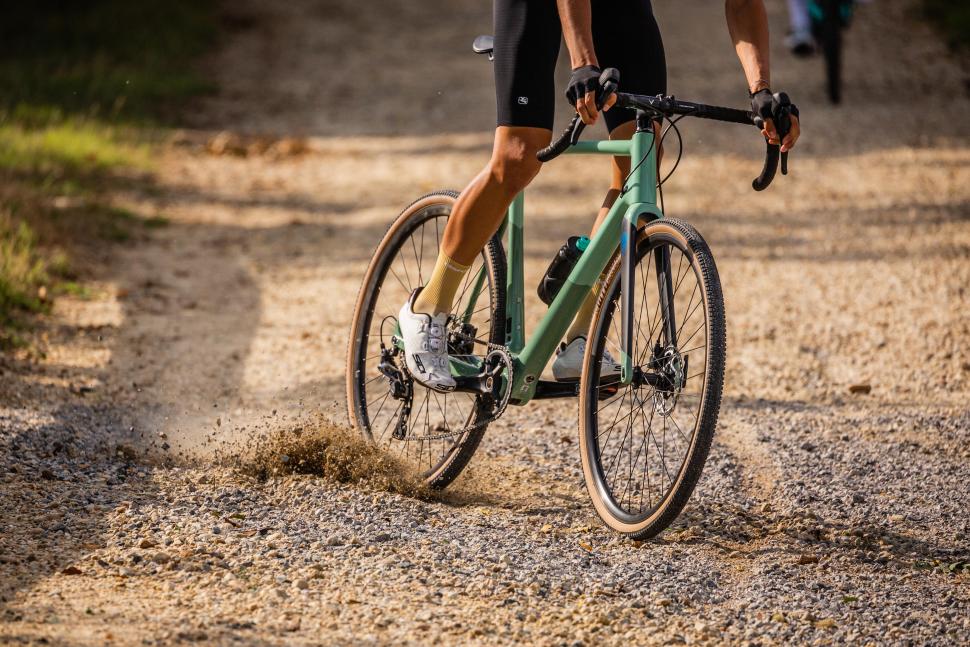 The Impulso Pro is the latest addition to Bianchi’s family of Impulso bikes with the Impulso Allroad and e-Impulso road, gravel and tourer models.

“This is a bike to unlock the pure thrill of moving fast on- and off-road and to ignite your passion for riding, it’s the right choice for gravel fondos, competitive riding and high velocity adventures,” says Bianchi. The Impulso Pro disc brake bike is fully constructed with carbon tubes, oversized in key areas, with the frame weighing in at a claimed weight of 1,100g.

“The Impulso Pro rear triangle is stiff, giving you a reactive and agile frame, suitable for both sprinting and cruising,” says Bianchi. “Torsional and lateral stiffness provide superior power transmission without wasting a drop of energy.” 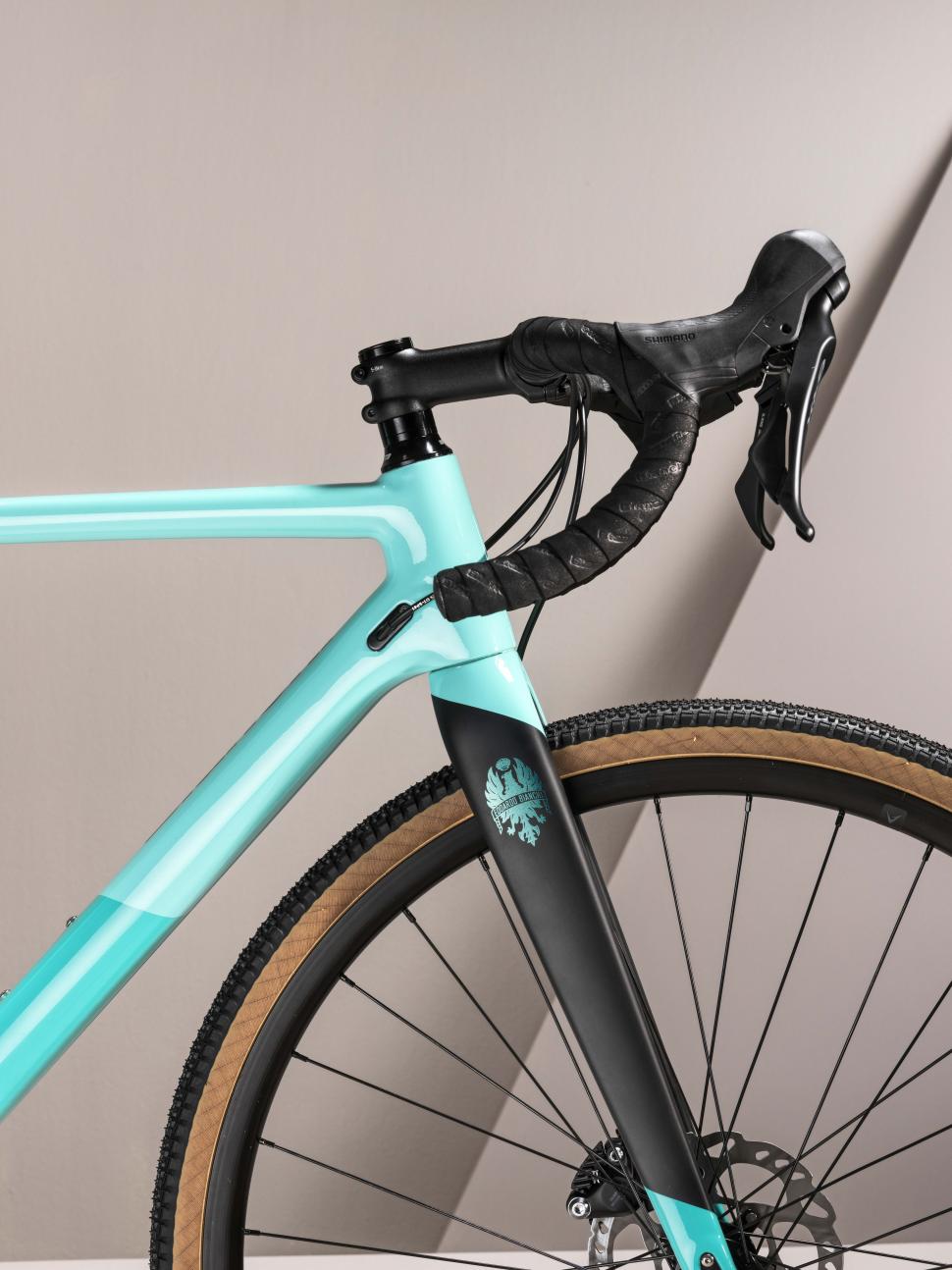 Bianchi gives a stack height of 554mm and a reach of 386cm for the medium sized frame. That suggests a riding position that’s racier than Bianchi’s other full carbon off-road offering the Arcadex, which is better suited for bike-packing with its eyelets for mudguards and a rear rack.

The Impulso Pro has clearance for 700x38mm tyres. Now that’s pretty narrow for a gravel bike, the Canyon Grizl for example goes up to 50mm. This is also less clearance than Bianchi’s Arcadex which has room for 42mm wide tyres if you run 700C wheels, and 47mm tyres if you go with a 650B setup.

While Bianchi are calling the Impulso Pro a gravel bike, with its narrower tyres it’s more akin to their aluminium Impulso all-road, just with a full carbon frame.

The Impulso Pro is available in two colourways with lighter and darker shades: two-tone celeste or two-tone green. 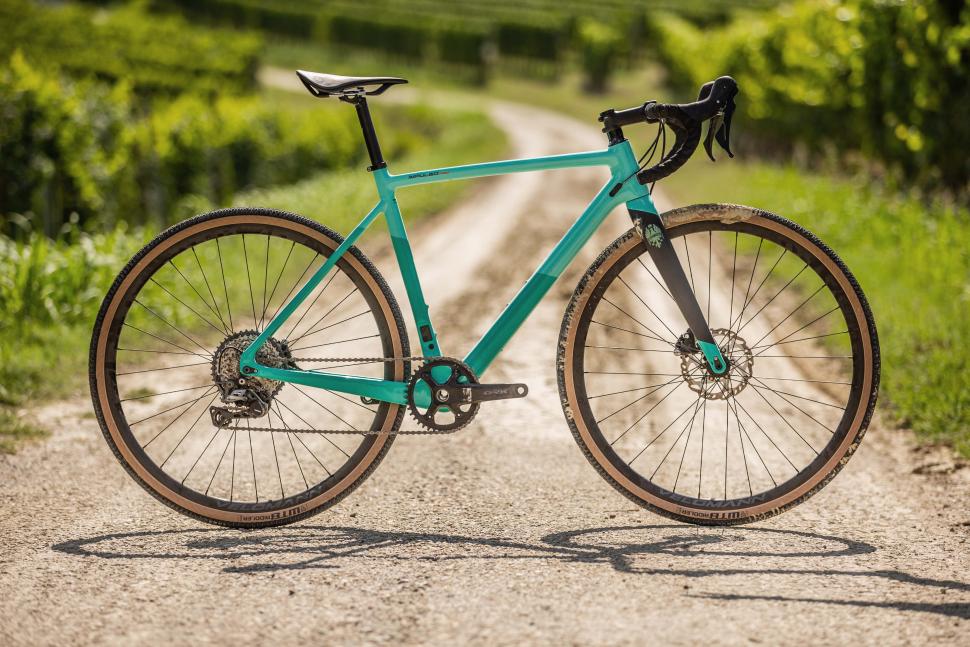 “Our signature colour is executed in different shades for an original take on the iconic,” says Bianchi, while “the contrasting greens depict our natural surroundings, allowing you to fully immerse yourself in the outdoors”. 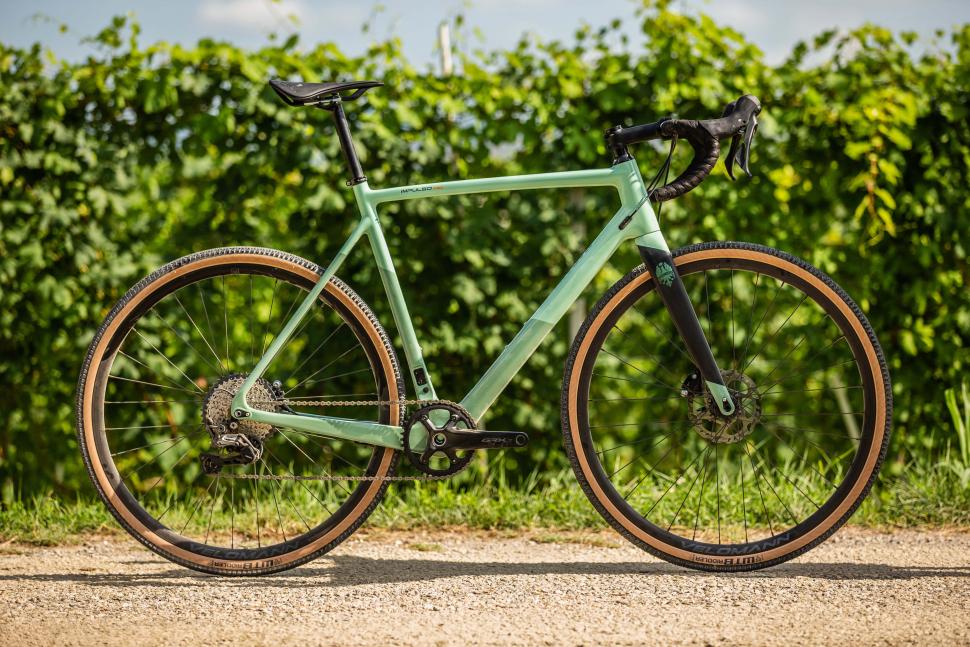 The fork on both designs also features a visible carbon fibre overlay, as well as the distinctive eagle badge of Bianchi on both sides. 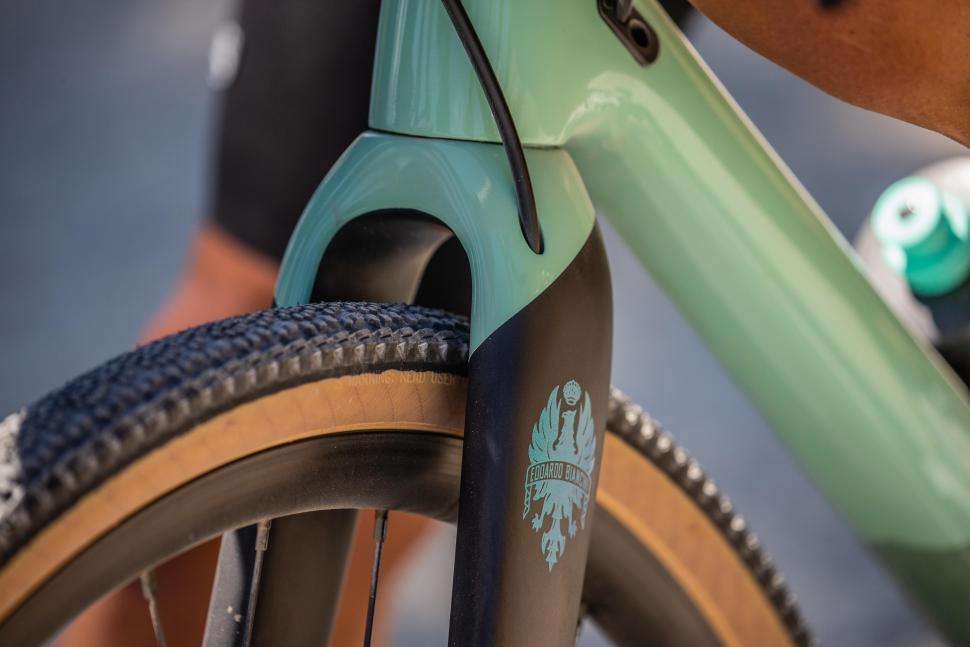 The Impulso Pro is built up with Shimano GRX 11-speed hydraulic disc brake groupset with 40T crankset and 11-42T cassette—this is the lowest gearing with Shimano’s GRX groupset, and so friendly for all but the steepest off-road ascents. It also comes with Velomann 700c wheels, wrapped in WTB Riddler Comp tyres.