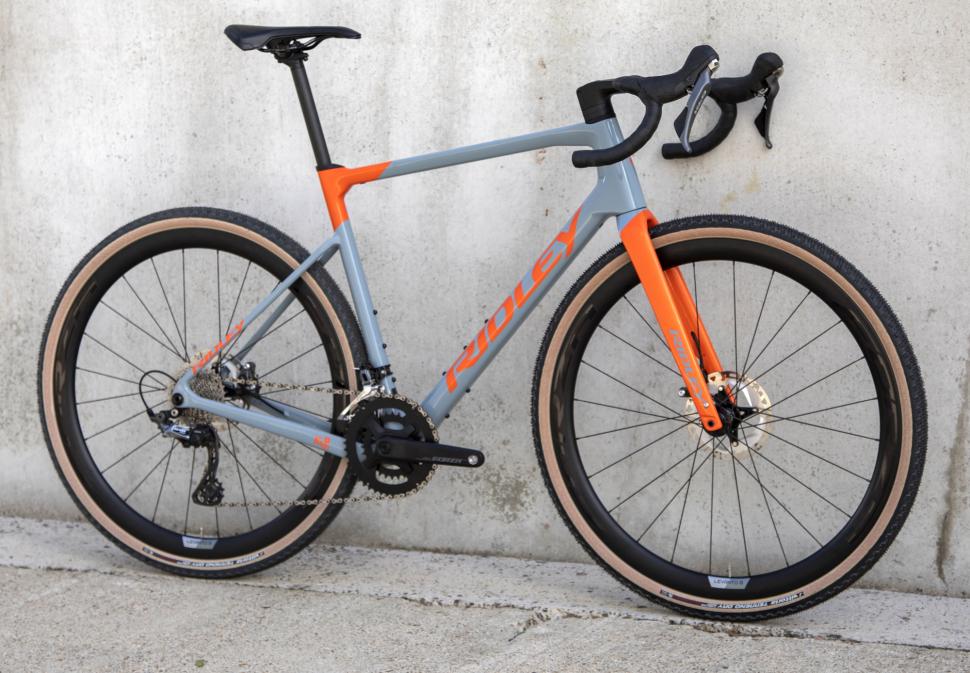 We’ve been promised do-it-all bikes loads of times before; has Ridley hit the mark with its latest road-plus model?
by Mat Brett

Ridley has introduced a new all-road bike called the Grifn with the claim that it puts an end to N+1, the concept that the correct number of bikes to own is whatever you currently have (as long as it’s at least three) plus one more. Ridley’s suggestion of course implies that its new model is supremely versatile, which is a claim made by countless brands in the past, so let’s look at the evidence.

> Do you really need another bike? Find out what n+1 means 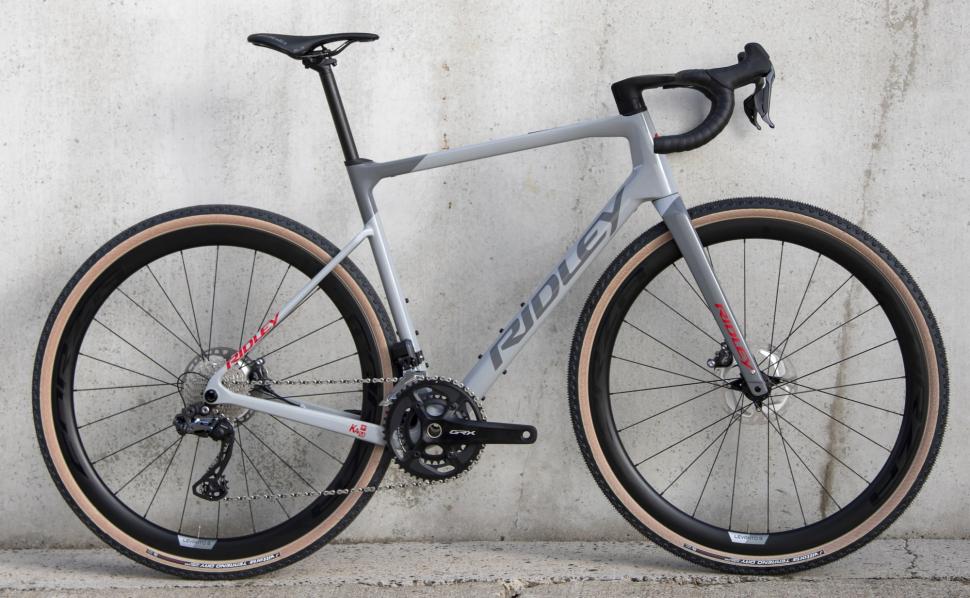 Ridley has had all-road bikes – sometimes called road plus or gravel light bikes – in the past, starting with the X-trail in 2015. This bike was renamed Kanzo Speed three years ago and now Ridley says it has had a proper update before re-emerging as the Grifn – pronounced ‘Griffin’, as in the mythical lion/eagle hybrid. The performance-minded Kanzo Fast and explore-orientated Kanzo Adventure remain in the range. 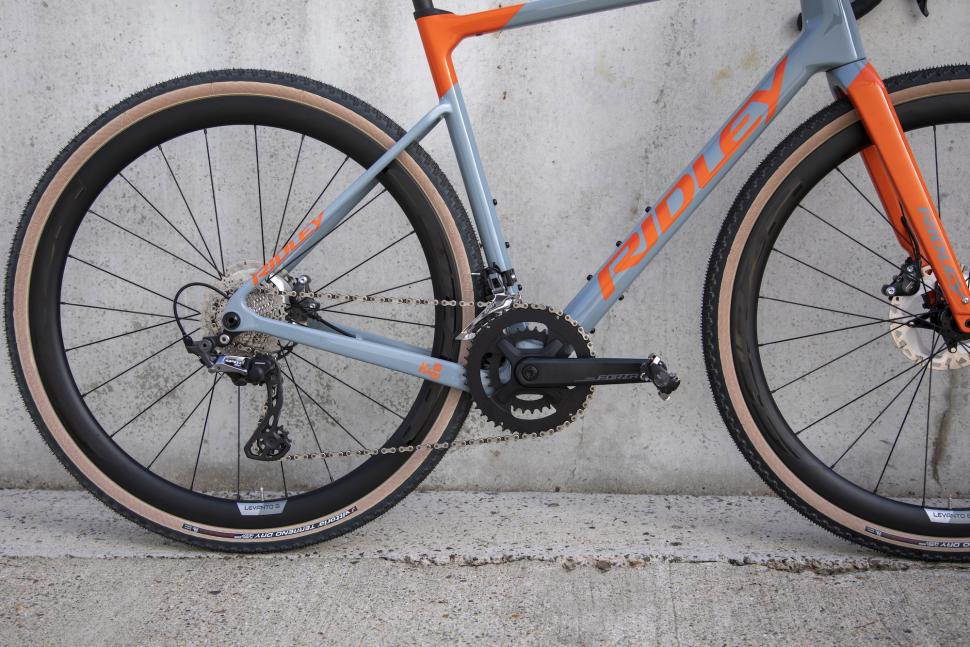 “With a 990g frame (unpainted, in size medium), the Grifn is a fast and comfortable road bike ready to hit the off-road with its maximum tyre clearance of 38mm,” says Ridley.

“There’s even the possibility to go to 40mm tyres if you run a 1x [single chainring] drivetrain, or add mudguards and dynamo powered lights enabling the Grifn for any use: it’s suitable for road riding and gravel grinding as well as commuting and long-distance riding.”

Add mudguards and you’re looking at a maximum tyre width of 32mm. 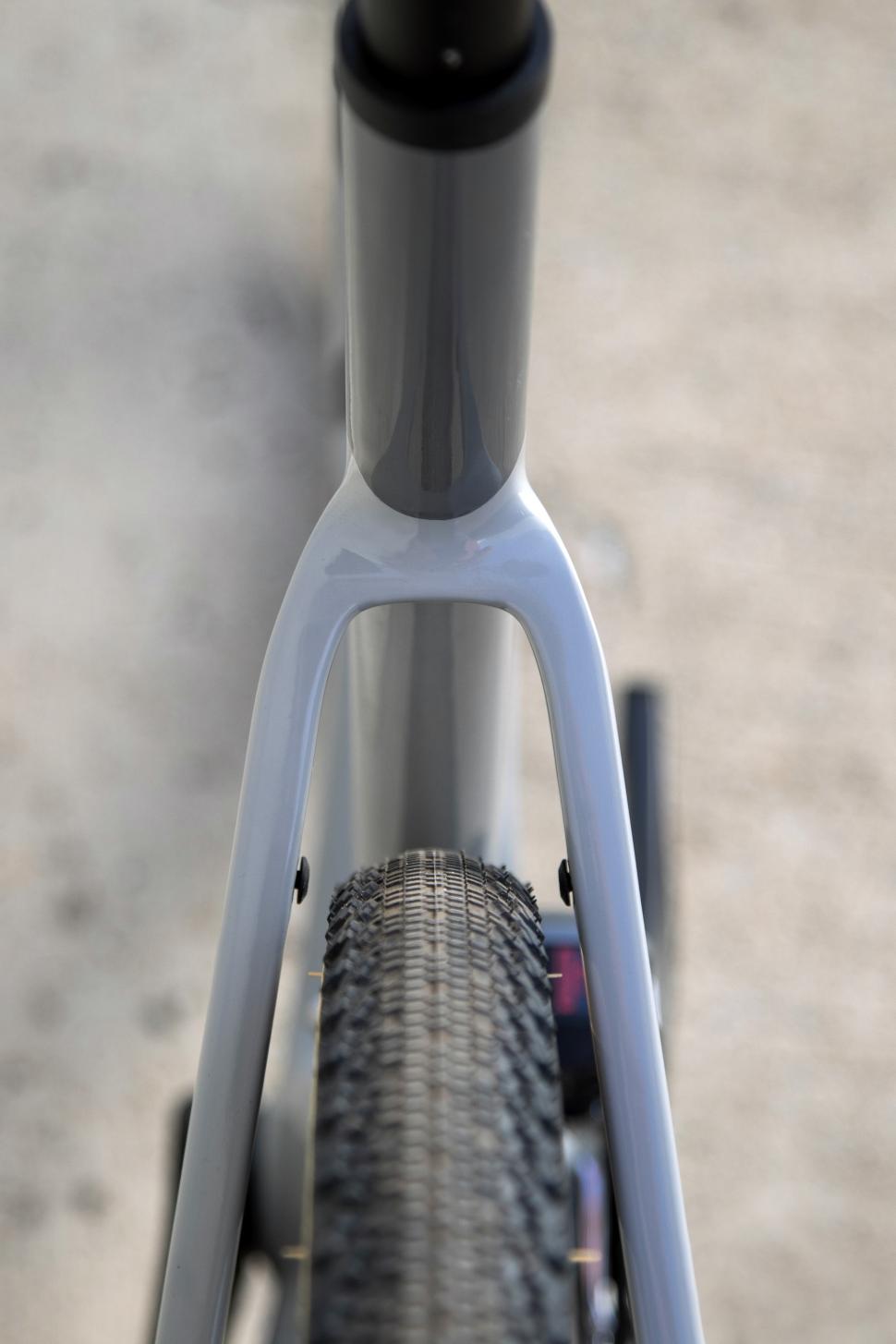 “The Grifn is the perfect match for riders who don’t want to have to choose between road and gravel,” says Ridley. “Whether you’re in search of a gravel bike for exploring backcountry roads and enjoying the most scenic and car-free roads or want to occasionally take your road bike off the beaten path to break the habit, the Grifn is the right bike for it.”

That’s quite a claim. We agree that if you’re just going to own one bike and you want something that’s as versatile as possible, a gravel or all-road bike is the way forward, so we’re certainly willing to hear Ridley out.

The carbon-fibre Grifn is built around a new geometry that is said to be suitable for both road and gravel needs. 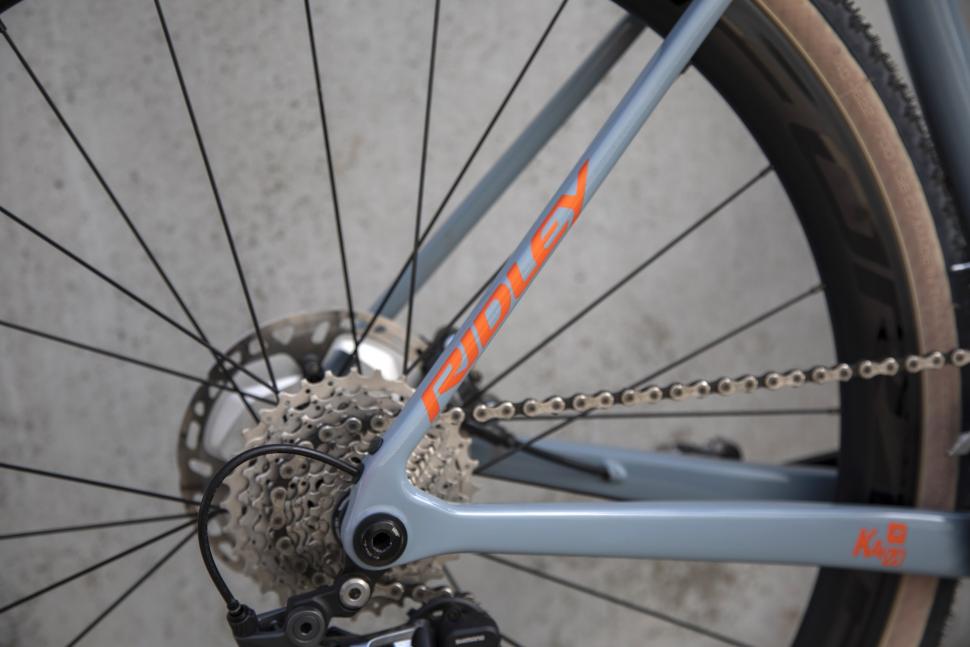 “Ridley’s R&D department made sure the bike is reactive and nimble while providing enough stability and control for off-road riding. The 420mm chainstays play a crucial role in this part of the ride feel. The result is a fast, reactive yet stable and well-balanced all-road bike.”

Ridley says that it hasn’t chased a low weight at all costs but the Grifn is still competitive with that 990g unpainted frame weight (size medium) mentioned earlier, and a 445g fork. It’s said to come in at 8.5kg when built up with a Shimano GRX Di2 spec. 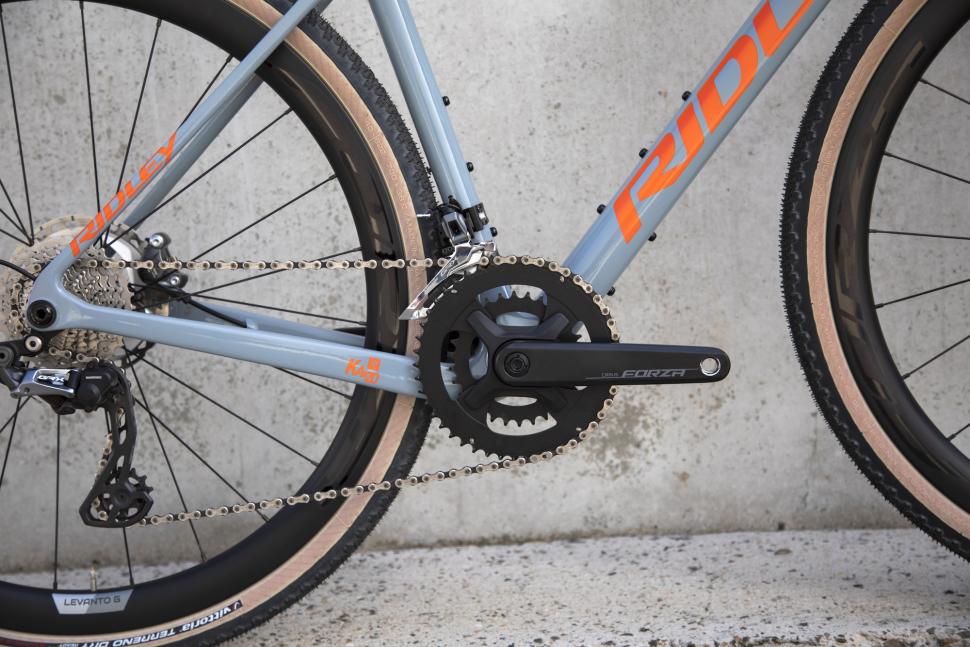 Speaking of specs, the Grifn can be run with a choice of road or gravel groupsets, 1x or 2x drivetrains, or with the innovative Classified Powershift system.

>  Read our review of the Classified Powershift Kit & Wheelset

The Grifn features a clamp-on style front derailleur hanger that can be removed if you want to run a 1x or Classified drivetrain. 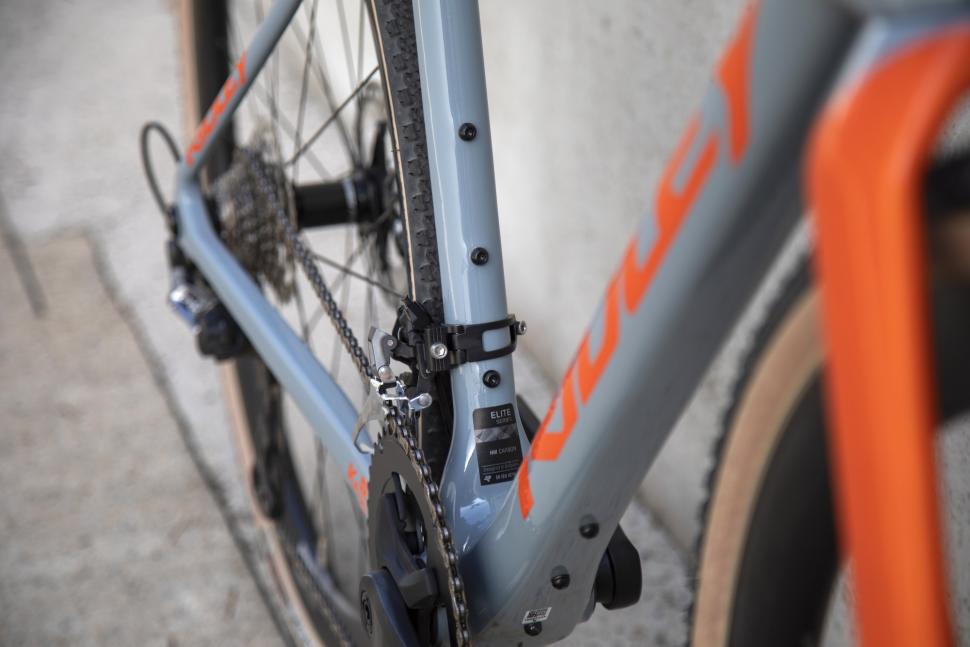 The bike is equipped with numerous mounting points that allow you to carry enough stuff for all day or even multiple days in the saddle. You get three mounting points on the seat tube, for example, three on the upper face of the down tube and another three on the underside for bottle cages or toolkits. 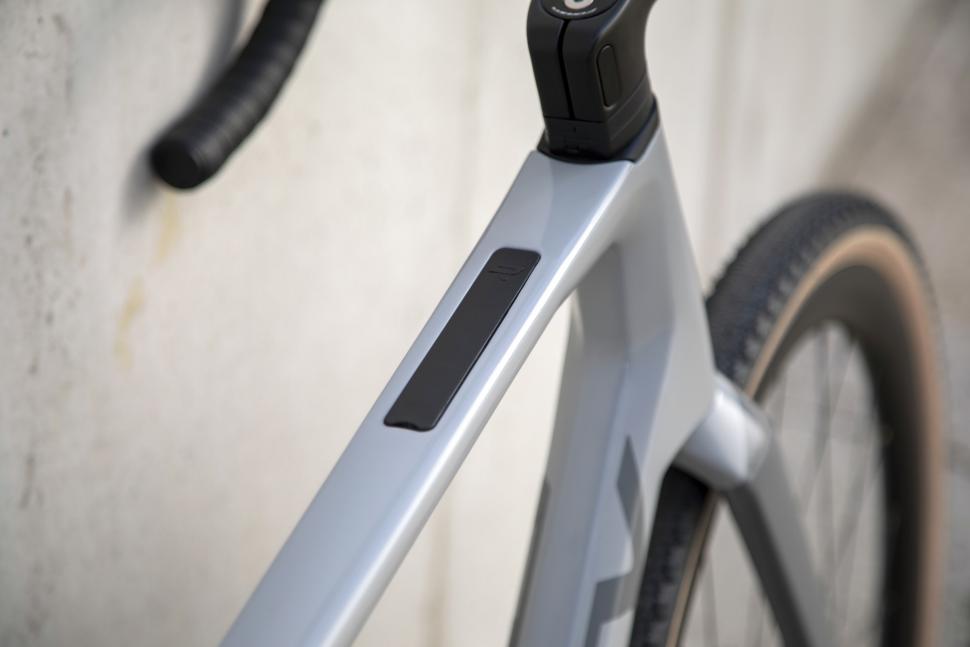 There are another two mounting points for a bag or other accessories on the top tube. If you don’t want to make use of these mounting points, they can be hidden with a flush-fitting cover. 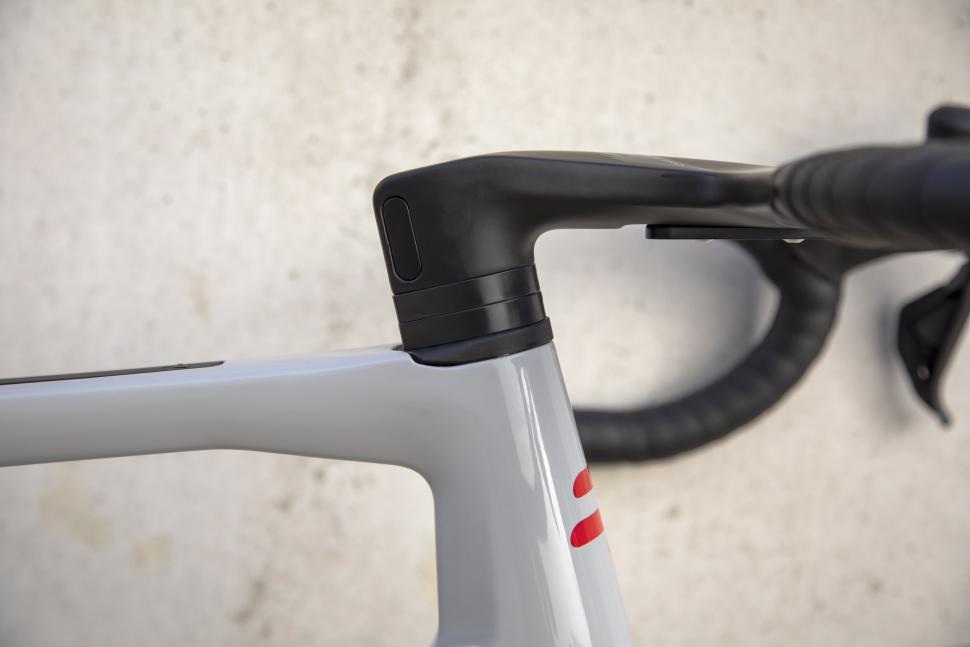 Shifting cables and brake hoses are hidden, travelling internally through the stem and into the frame. This makes for the easier attachment of handlebar bags when in gravel mode. 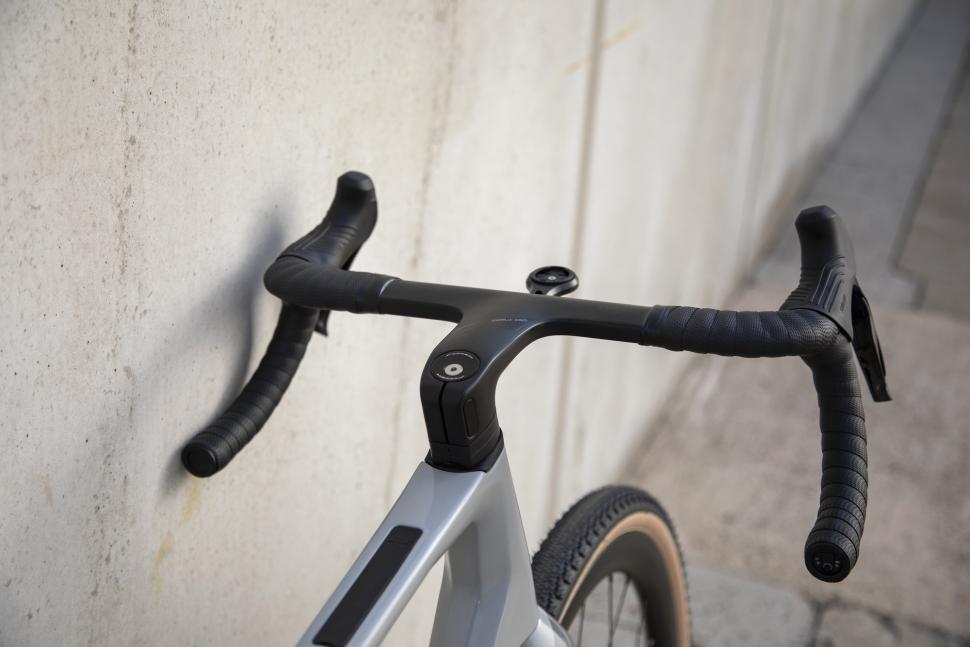 Up front, the Grifn features the new Cirrus Pro Flared cockpit which has a shorter than normal reach (70mm), a shallower than normal drop (120mm), and a 16° flare. Ridley reckons the cockpit, which comes in four different stem length and bar width configurations, offers a comfortable position and plenty of control on all terrains.

> Find out all about handlebar geometry here

“For instance, the Grifn can be used with a hub dynamo,” says Ridley. "The dynamo cables run internally through the fork leg and frame. This is a great option for the more adventurous riders wanting to ride day and night without the need to stop. The dynamo can be used for lights or charging electronic devices. When not making use of this feature, everything can be nicely hidden with rubber covers.” 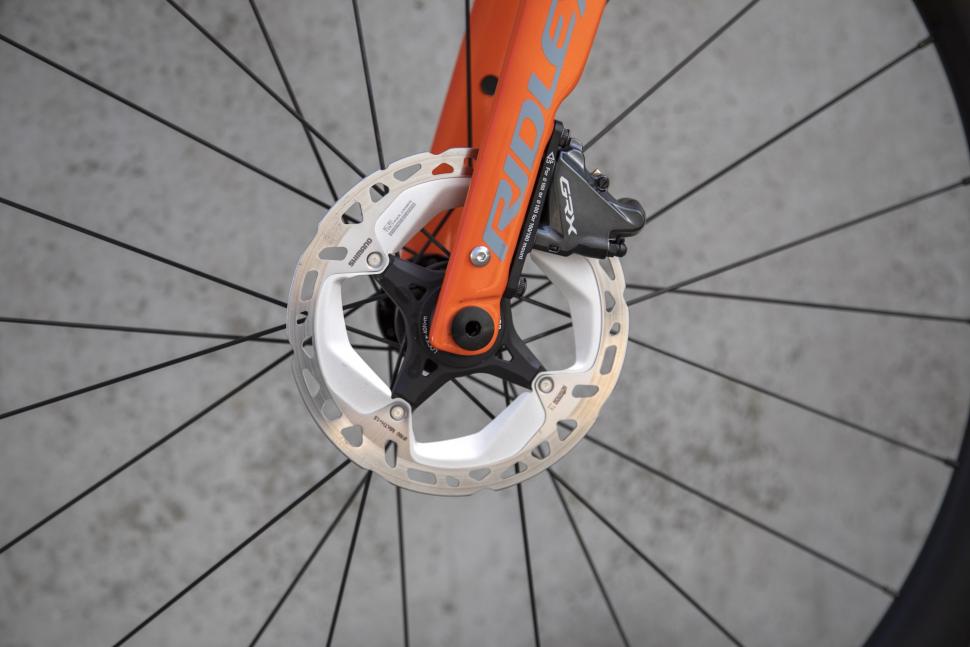 The Ridley Grifn is available as a frameset or in standard builds (see below), and it’s also customisable using Ridley’s online configurator. You can choose the colours and pick the groupset, components, wheels, tyres, saddle and accessories.

We didn't have the chance to go to the launch of the Ridley Grifn (we're a person down on road.cc for the next few weeks) so we can't give you our thoughts on the ride until one arrives for review, but what do you think of it as a concept?

The danger of designing a bike for versatility is that it's not specific enough to do anything brilliantly  – Jack of all trades, master of none. What do you think: has Ridley hit the right balance here?