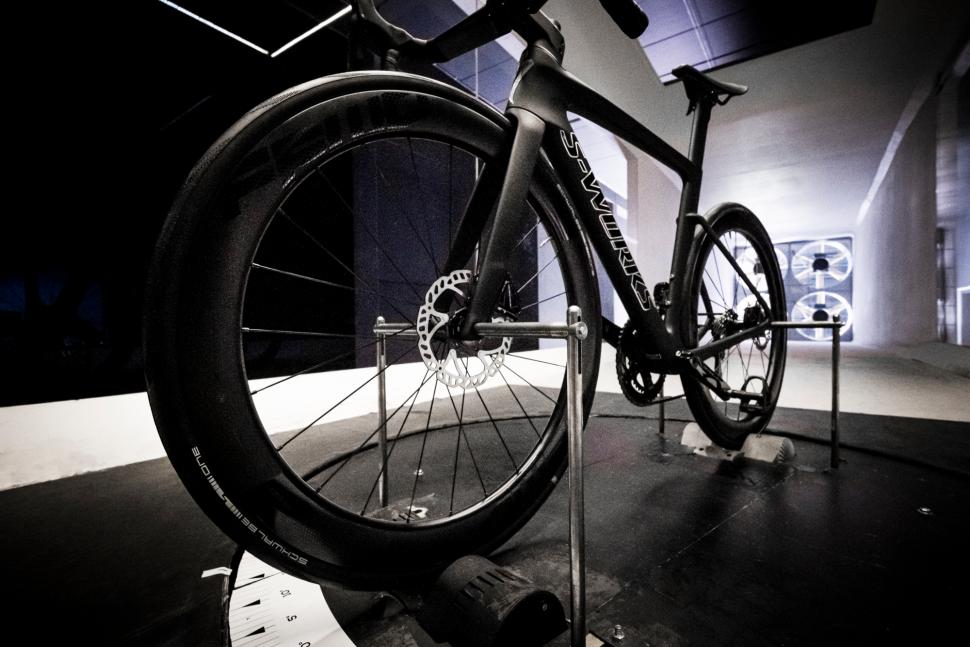 Fast Forward (FFWD) have unveiled two new tubeless compatible wheelsets, the RYOT55 and RYOT33, with the 55 being the deeper aero version and the 33 being the shallower all-rounder option. These disc specific wheelsets are claimed to offer improved aerodynamic efficiency while usability and serviceability have been prioritised over weight weenie-ism.

FFWD have engineered a new Laminar Airflow Wing (LAW) rim profile, which has given the RYOT55 a 5-watt claimed aero advantage over their predecessors, the F6s, when fitted with a 25mm tyre. Due to the wider 21mm internal rim width, 25mm tyres are said to now plump up to 28.2mm when mounted on these 55mm deep rims. 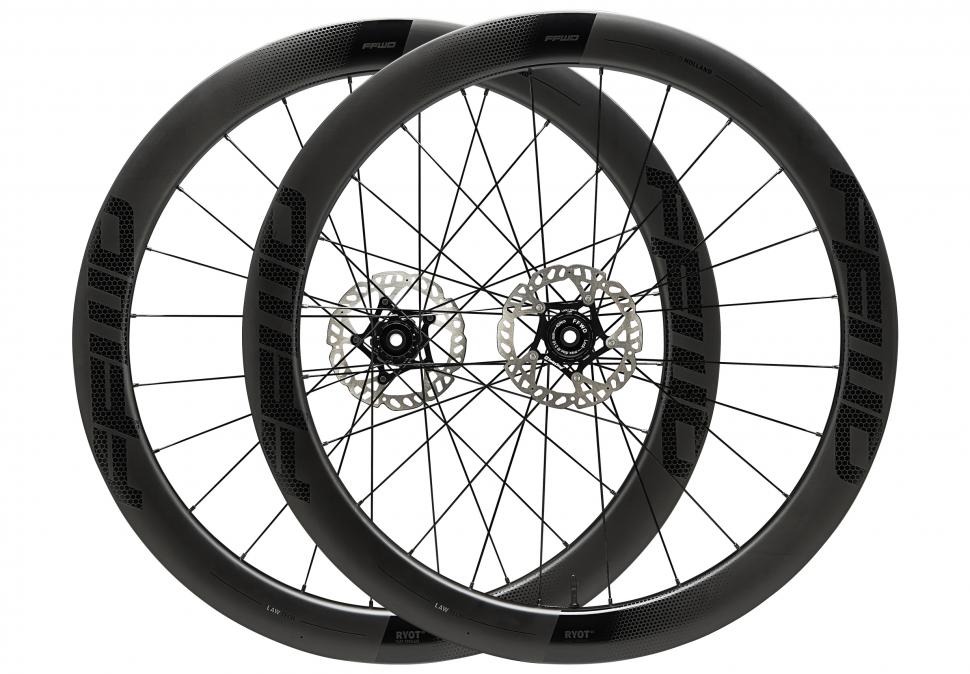 Attempting to better emulate real world conditions, FFWD have tested these wheels at a range of yaw angles (yaw results from the natural wind direction and speed, and your speed on the bike).

FFWD tested the RYOT wheelsets at yaw angles of between 0° and 10°, as they say that is the range cyclists are most likely to experience. The brand reportedly found during their testing that the RYOT55 wheels are faster than the Fulcrum Wind 55, Roval CL50 and the Zipp 404 for that range of angles. 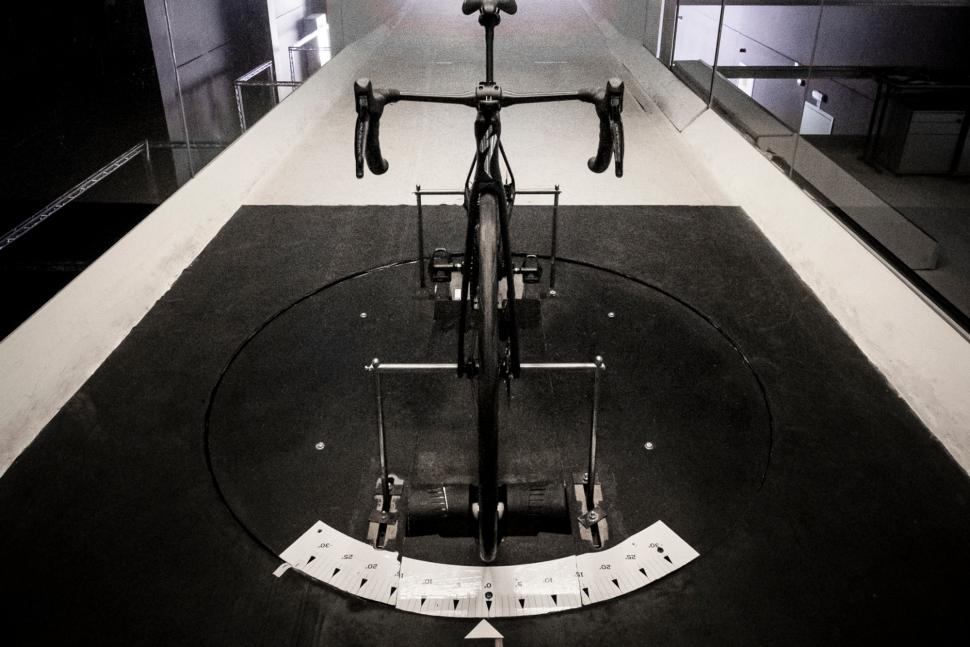 These tests were done at 48.6km/h (30.2mph), which is significantly faster than most riders are likely to be travelling most of the time, but testing at higher speeds does go some way to reducing data noise and providing more accurate results. FFWD also tested the wheels at 38.5km/h (23.9mph) and found that the RYOT55 wheels were still faster than the competition—although this is still at a higher speed than the average most of us will be travelling at.

The RYOT33 are the more versatile version that are said to be an “ideal mountain wheelset”, with claims that the wheels are “not only helpful when climbing” but also offer “stability and confidence in the descent”. With a 33mm deep rim, the RYOT33 wheelset is claimed to weigh 1465g, while the deeper RYOT55 wheetset is said to come in at 1620g. 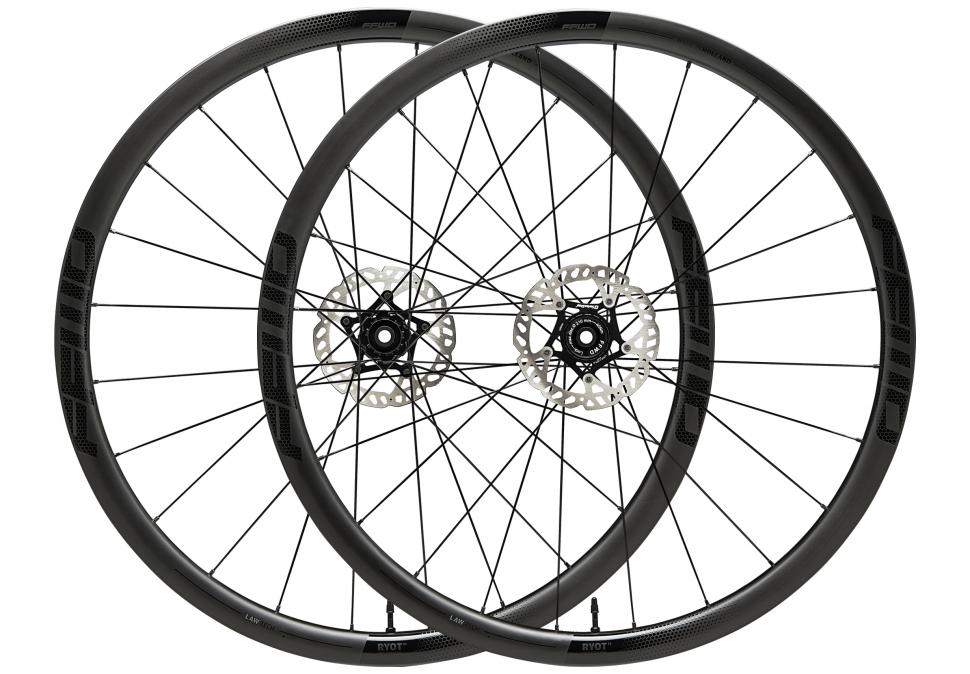 Although respectable, neither of these weights are class leading. FFWD decided that usability and service life are greater priorities than feathery wheels. For that reason, thicker spokes are used for “improved lateral stiffness and power transfer”, while brass spoke nipples are used instead of lighter alloy options due to their superior corrosion resistance.

The wide 21mm internal rim width means that FFWD have given the RYOT range a maximum recommended tyre size of 42mm. The brand even suggests that the RYOT33 could make a very handy cyclocross wheelset. That said, FFWD clarify the wheels should only be kept to light gravel riding, so no drop-offs or large rocks. If your riding extends to this, you’ll probably be better served by the FFWD Drift.

While other brands have moved to hookless, FFWD are sticking staunchly with hooked rims on these road wheelsets. The brand argues that while hookless rims have their benefits, hooked rims offer a greater choice of tyre setups whether that’s “tubeless, traditional tube-tyre combination or those smooth cotton skinwall tires with a latex innertube”.

Both the RYOT55 and 33 will be rolling on DT Swiss 240 hubs with their improved EXP ratchet system, offering faster engagement and greater stiffness. 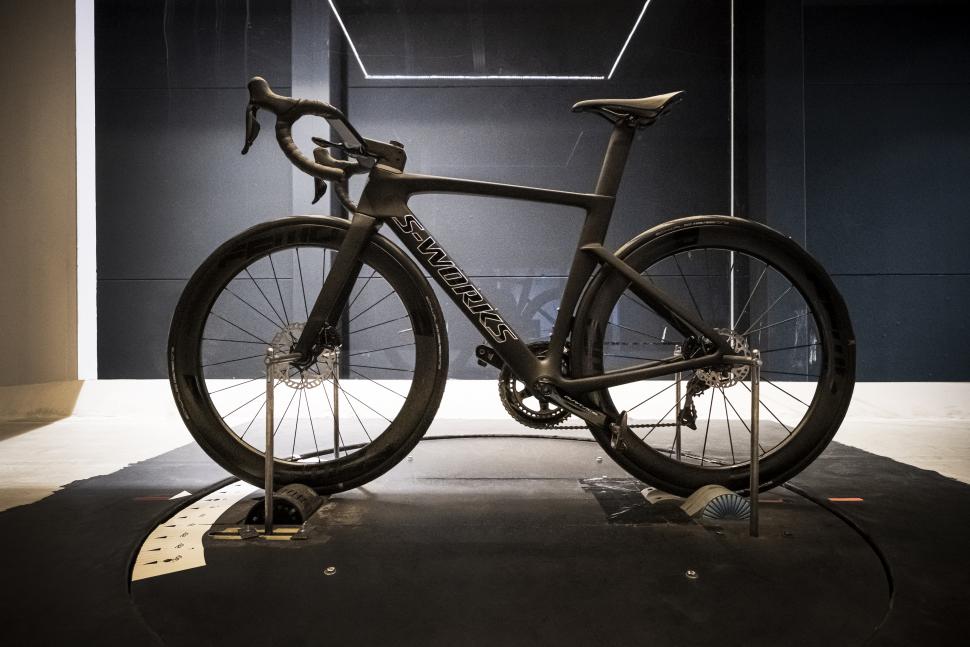 24 straight pull spokes are used on both the front and the rear, while the disc rotors are mounted using the centerlock standard. FFWD are offering the wheels with Campagnolo, Shimano HG and Sram XDR freehub options. The end caps of the hubs are interchangeable to work with 100mm and 135mm wide quick release dropouts, as well as 12x100 and 12x142 thru axle dropouts.

A nice touch is the 27mm wide tubeless tape that comes preinstalled on the rims. A pair of alloy tubeless valves come in the box too—especially handy, as although you might have some spare 50mm valves knocking around for the RYOT33, 70mm ones for the RYOT55 are a little less common. A “high quality” padded wheel bag is also provided to keep these expensive wheelsets safe when not fitted on the bike.

Get more info at www.ffwdwheels.com or via UK distributor www.extrauk.co.uk.