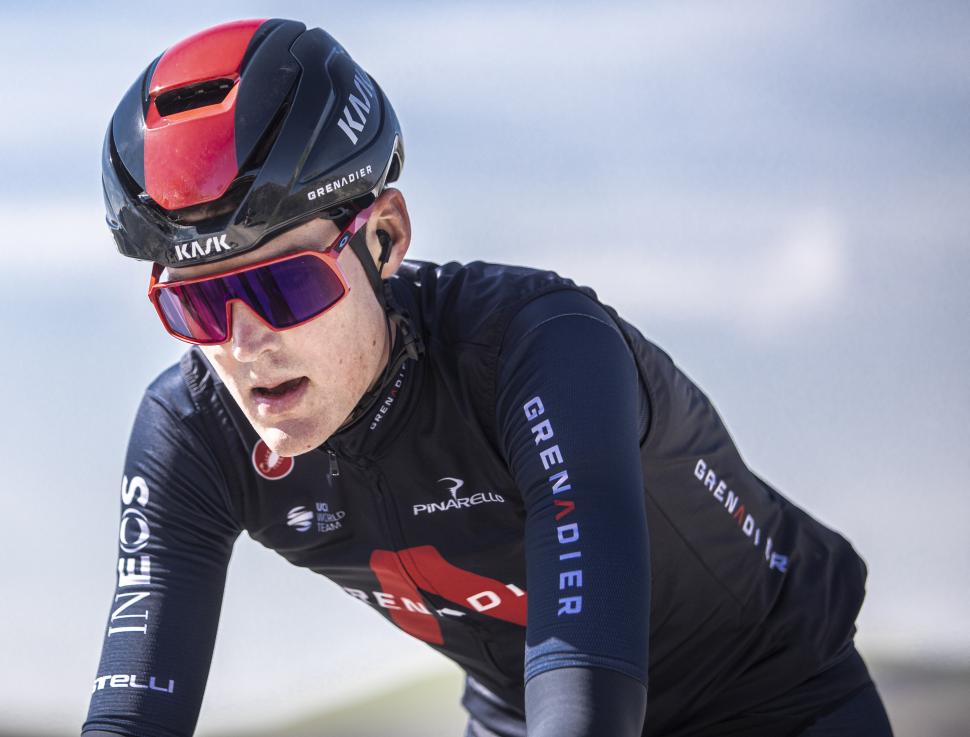 Did you spot the new all-season lid Ineo Grenadiers debuted at Strade Bianche at the weekend?
by Anna Marie Hughes

Kask has released its new Wasabi helmet that’s said to be ready for all-season riding thanks to its adjustable airflow channels and moisture-wicking merino wool lining. Ineos Grenadiers riders debuted this new helmet at Strade Bianche at the weekend (Saturday, 6 March). 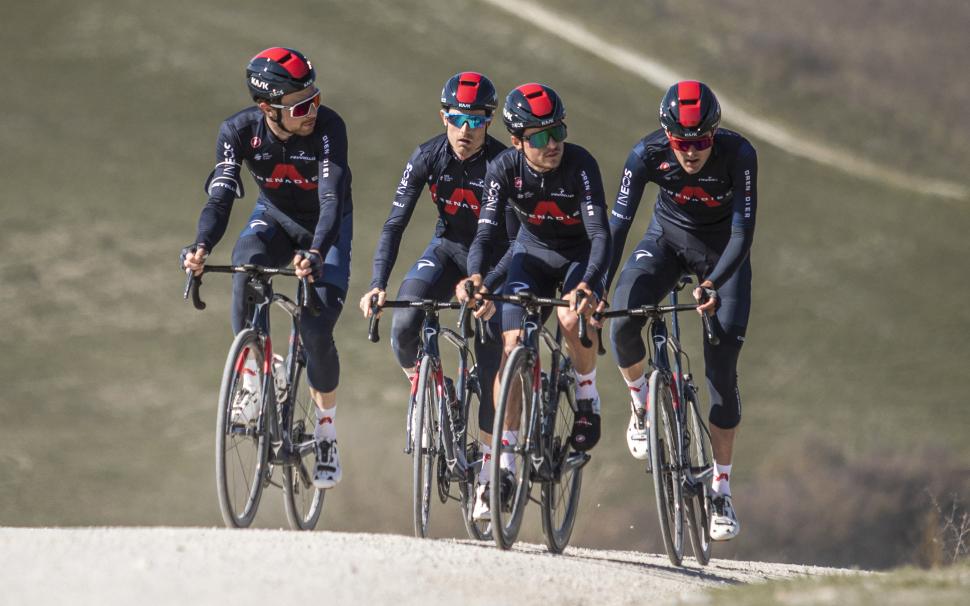 The new Wasabi performance helmet, weighing in at 290g (size medium), features adjustable airflow ports so road, gravel and cyclocross riders can easily increase or decrease ventilation depending on the weather conditions. With its adjustable airflow system, Kask claims that the Wasabi ensures “temperature regulation like no other helmet”... a far cry from the spicy condiment from which it takes it's name, then.

The central vent can be opened with a push of a finger when the heat ramps up or closed down when the temperature drops “for a 1.5℃ internal temperature increase, when ridden at the same speed”.

Kask claims that less than the difference between the helmet vent being opened and closed is less than the equivalent of one watt at 50km/h, and wind tunnel testing is said to confirm the Wasabi is one the fastest helmets out there, although it's not as fast as Kask’s own Utopia. 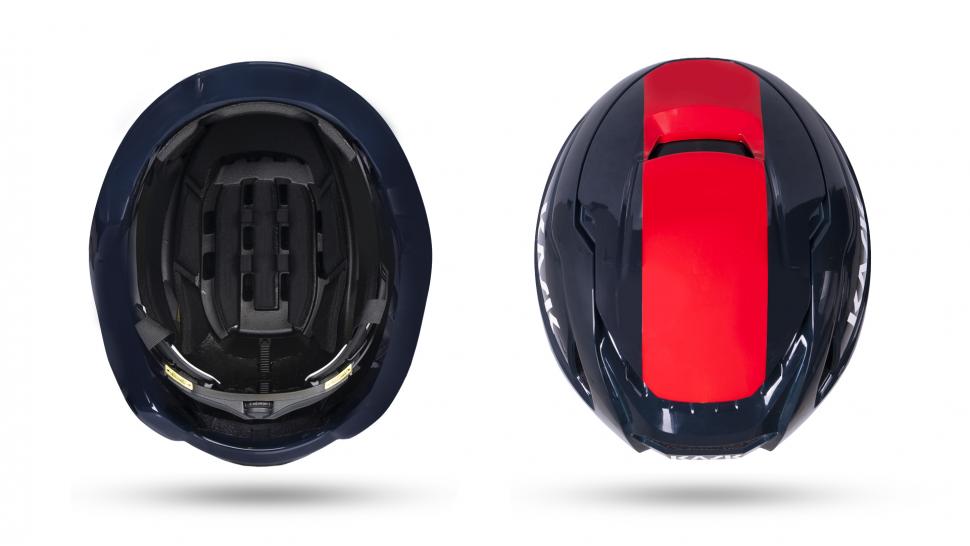 “Thanks to these impressive aerodynamic and ventilating features, coupled with a premium merino wool lining made by Italian wool mill REDA for protection against uncomfortable temperatures, it is no surprise that the Wasabi is quickly becoming a firm favourite amongst the Ineos Grenadiers,” says Kask. 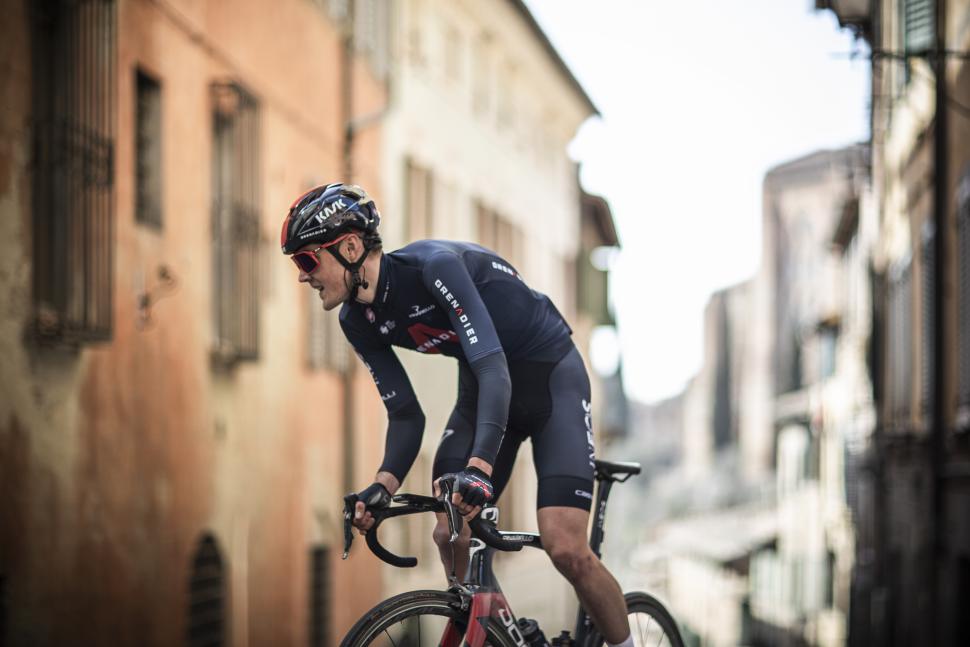 The Italian helmet manufacturer’s tried and tested Octo Fit head retention system, which allows both vertical and horizontal adjustment, is included on the Wasabi.

You might be wondering what Kask's WG11 sticker on the back of the helmet is all about... 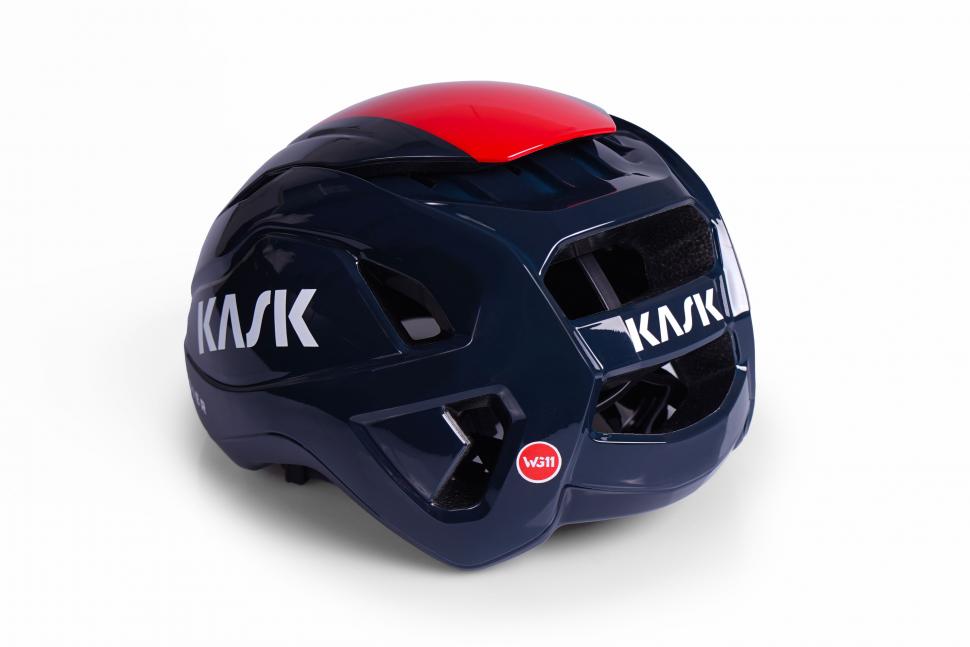 “The Wasabi has been rigorously tested against both linear and rotational impacts at an independent laboratory, striking flat and angled surfaces," according to the testing protocol of Kask WG11.

CEN TC 158/WG 11 is one of the working groups within CEN. This is the Technical Committee responsible for head protection standards within the CEN, which is the European Committee for Standardisation.

The WG11 working group is focused on “shock absorption including measuring rotational kinematics from oblique or normal impact”, according to Kask.

On Kask’s website it says: “A major goal of WG11 is to define a test method to measure the ability of a helmet to absorb energy from a so-called ‘rotational impact’”

“Most of tests on helmets that use rotational impact prevention technologies are carried on using headforms whose coefficient of friction is much higher than those of the human skull and therefore do not reflect reality.”

Impact conditions are said to be based on real accident data.

“BrIC is an algorithm that defines the level of a brain injury. Concussive values of BrIC for humans varied from 0.60 to 0.68.”

A lower number is said to correspond to a lower risk of concussion.

“All Kask helmets successfully pass this test, with values that are never above a BrIC 0.390.”

The Wasabi helmet will be available in three sizes: small, medium and large. All colourway options (surely it's available in green?), prices and availability are yet to be announced, but we will update this article when we have this information.