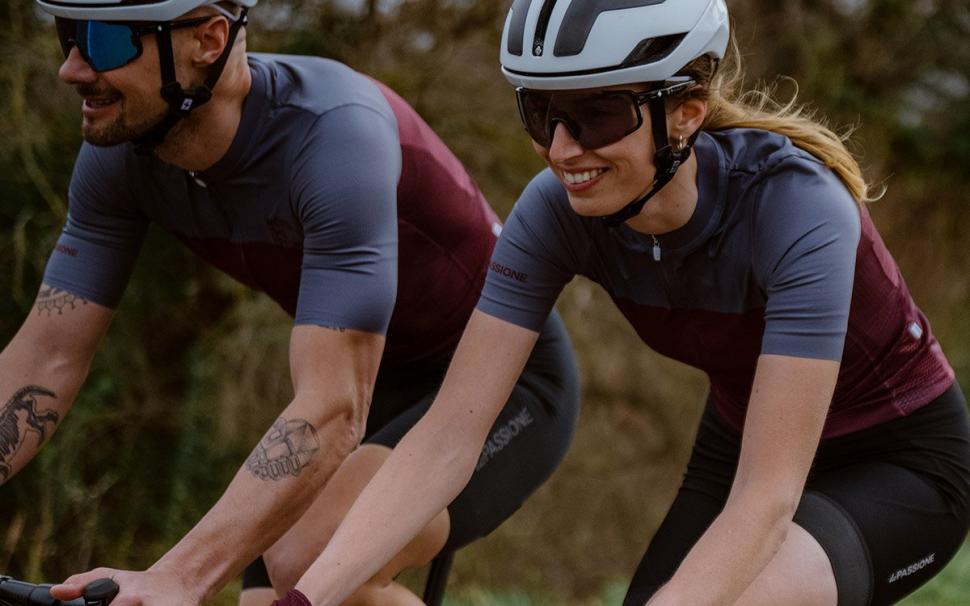 With the sunny weather rolling in, La Passione has released the first details of its 2021 summer range. Here are three of the highlights. 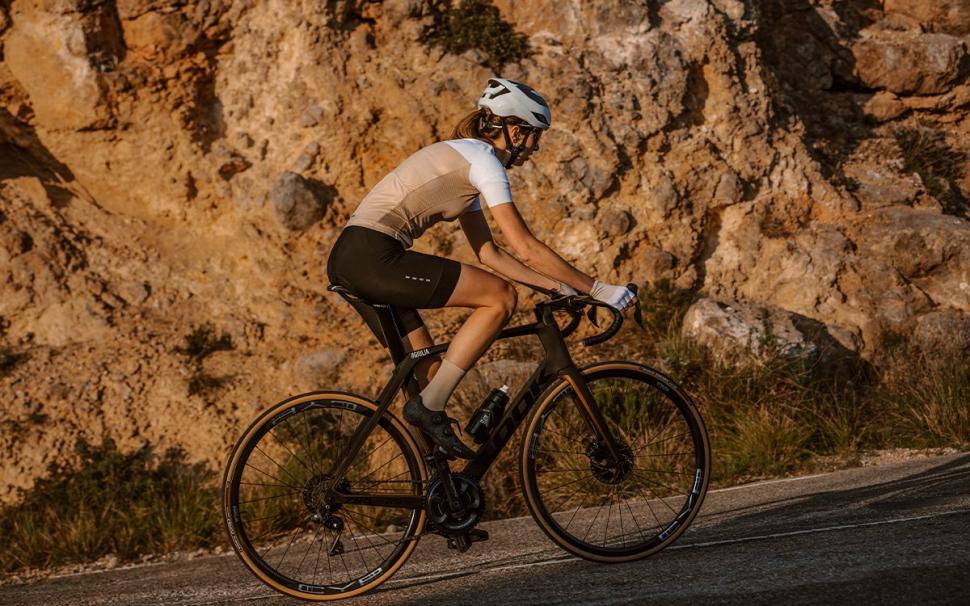 For 2021, La Passione is expanding it’s female-specific offerings to include women’s cuts of the Duo range.

La Passione describes the Duo range as an ‘all-round piece’ that is designed for spring, summer and autumn rides in the sunshine. Four different ultra-lightweight and stretchy fabrics have been used and the material used for the front section of the jersey is made from a extra stretchy material and we found La Passione’s claim that this results in an excellent fit to be true when we reviewed it last year.

The jersey (£80) offers a performance fit rather than a super-aero race fit. That means that it is close but comfortable.

Ahead of cycling’s ‘Holy Week’, the back to back Sundays of the the Tour of Flanders and Paris-Roubaix, La Passione announced a partnership with Flanders Classics, the organisers of the Tour of Flanders, that sees them releasing a kit design that celebrates the unique race route.

For those of you that don’t spend your first Sunday in April glued to coverage of a bike race, you should know that the Tour of Flanders holds a very special place within bike racing. Many in the Flanders area consider their local race to be more important than the World Championships and there are probably a few Belgian pro cyclists that would agree.

The race takes in numerous ‘hellingen’ - cobbled climbs -  that are brutal to just ride, let alone race. The proximity of these climbs means that normal riders can ride all of the famous cobbles in a single day, making it a popular event for sportive riders.

Speaking about the design, La Passione says that “the graphics and the design of this new project evoke the sensations that can be felt while riding on the cobblestones, emotions that can soon be experienced by the community of La Passione."

"The collection, with an unmistakable look, is designed with the same high-performance fabrics as our best sellers. It includes a jersey and a bibshort for the male community, while women will be able to show off their RVV jersey on any of their favourite bibshorts.” 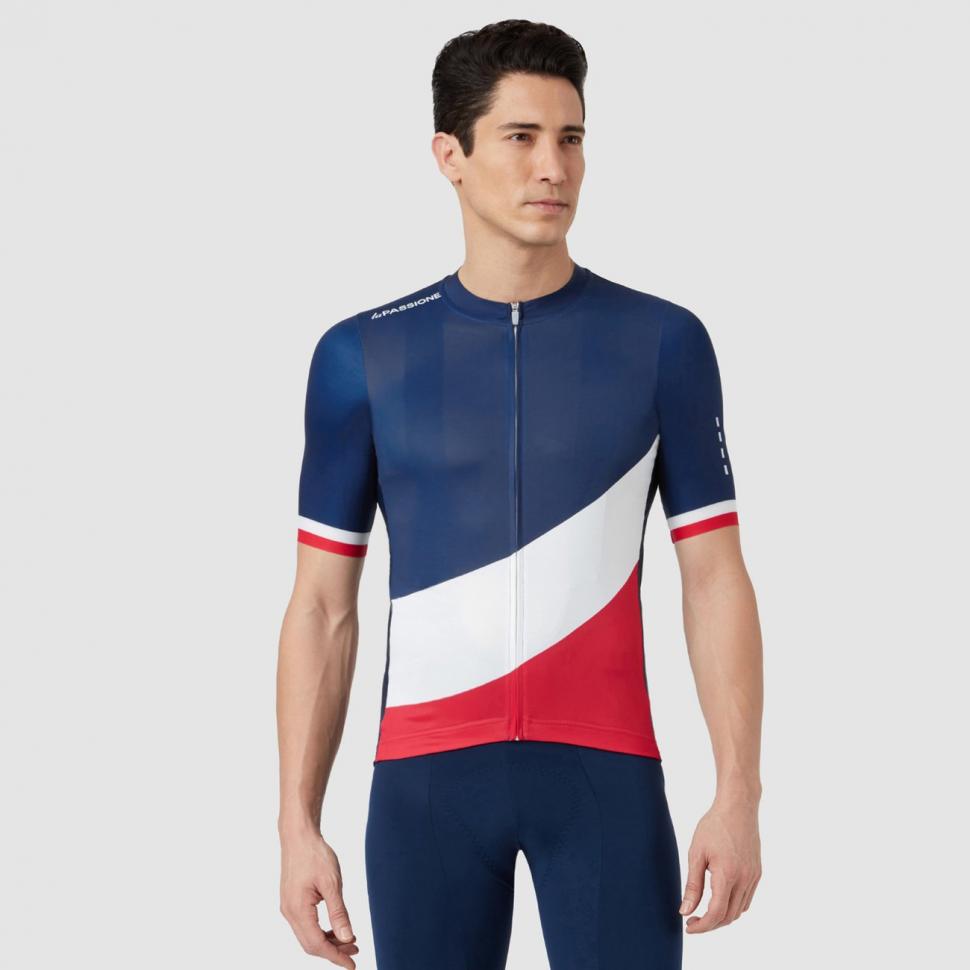 La Passione has also been getting inspiration from the “rich history of national team graphics and the legendary Rainbow Jersey.”

La Passione says that this collection harks back to 80’s culture when fluoro colours iridescent patterns and big shoulders were in. Thankfully, the shoulders have stayed in the 80s, but the post-avant-garde looks have been given a 2021 refresh. 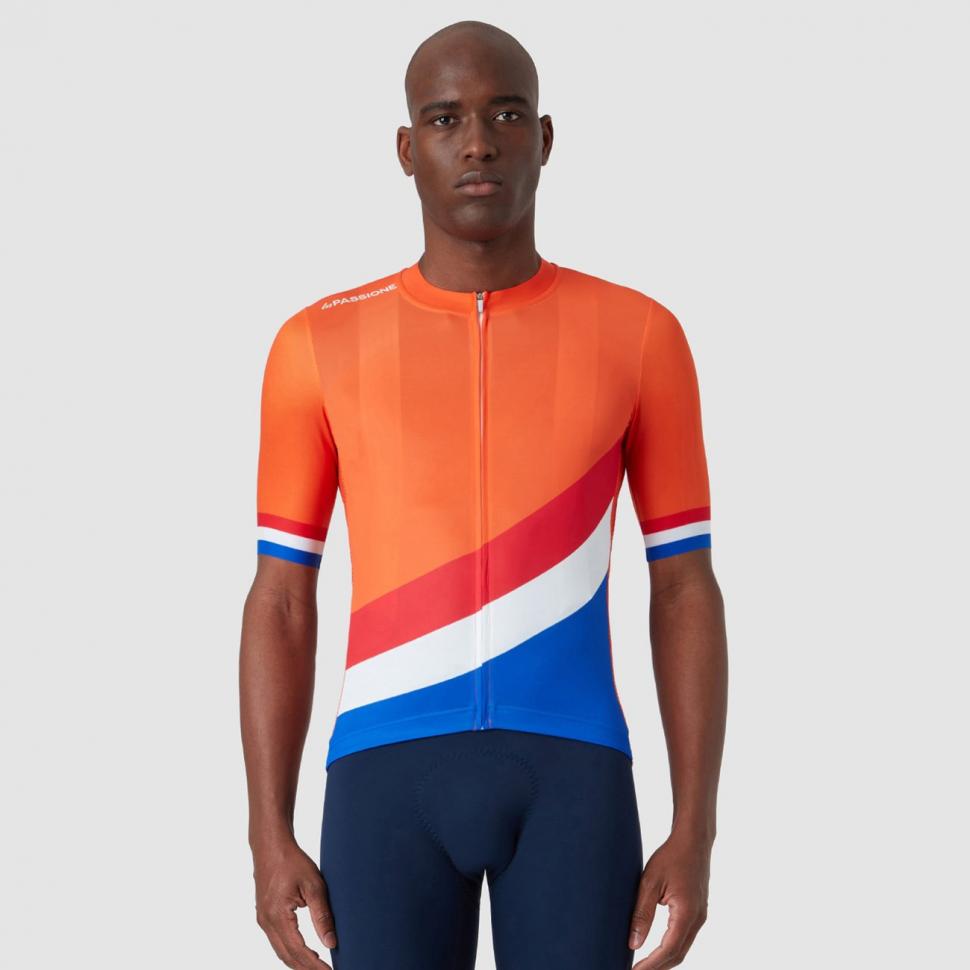 Nations represented in the collection are France, Belgium, Holland, UK and USA.

"This capsule collection is all about the last four decades of modern cycling, when champions challenged the traditional rules and made new ones," explains Giuliano Ragazzi, CEO & Founder at La Passione. "Their way of attacking, of feeling like the stars of the show made the public experience a thrill and has shaped our history as fans but also as creatives and designers. We wanted to create something that our community could wear every day as inspiration.”