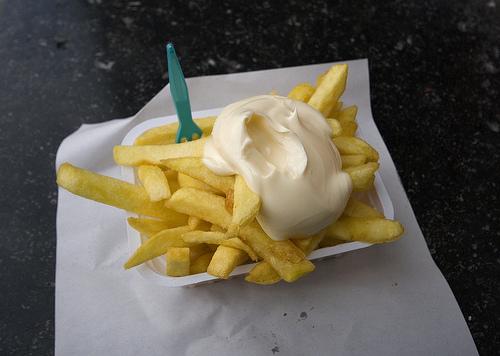 Heading to the motherland in search of something

So, the big news was announced a couple of weeks ago and I’m delighted to have the support of the Dave Rayner Fund for the coming season, where I’ll be racing in Belgium for the Terra Footwear – Bicycle Line team.

The list of past receivers of the fund is a true who’s who of British and Irish talent, many of whom are now racing at the highest level. It’s an honour to be associated with the organisation that helped facilitate the careers of so many young riders, and I hope that I can emulate many of them, in going onto greater things.

While the sport of cycling is booming in the UK, at both the top and bottom levels, the middle, the level of amateur and UCI continental teams, seems to have been forgotten about. Whether through difficulties in organising races on open roads, or through a lack of sponsors, road racing in this country is anything but thriving. It’s a shame, but for a young rider such as myself, the best (only?) option is still to go abroad if I want to progress any further.

You won’t find me complaining too much though, as it’s the perfect excuse to get out there and out of my comfort zone. It’s a hell of a lot easier to imagine yourself attacking up the Muur to win Flanders (please bring it back) when actually riding up the damn thing, than when stuck back here in blighty! It also gives me the perfect excuse to commit to going full time – nearly a requirement for improvement in a sport dictated to such a degree by aerobic fitness as cycling – which I wouldn’t have had the guts or money to do if I’d stayed in the UK.

Onwards then. My second last semester of university is now completed pending some exams (always there to knock your enthusiasm down a notch), and I can focus on training harder than I ever have before; it might seem odd, but I’m giddy at the prospect!

I’m planning on keeping this blog updated on a much more regular basis than I have before, now that I’ll actually have something interesting (possibly) to talk about, and I hope you’ll join me for the ride. If you’ve ever wondered what life was like scraping a living trying to make it on the bike, then I’ll hopefully be able to provide some insight.

Failing that, I’ll just post pictures of frites and beer.