Relegated to the sidelines 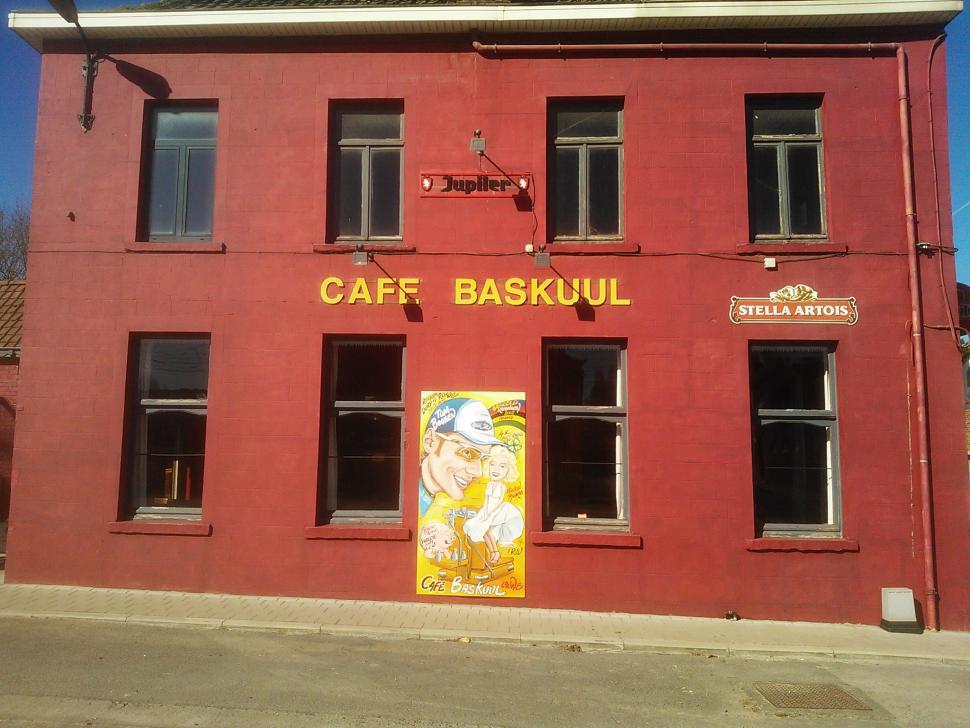 It’s funny how quickly you can settle into new surroundings and come to think of them as home. I might have more practise than many, seeing as how I’ve lived (defined as a stay > 1 month) in 9 different houses in the last 4 and a bit years, such is the life of an overseas student, but Belgium now feels, dare I say it, normal. I still can’t speak the language beyond a few basic words and phrases, but it’s enough to get me through the day and as long as I’m fed, watered and have a bed to sleep in, I’m pretty much sorted.

A factor that mustn’t be overlooked when settling in to a new place, especially important for bike riders, is the weather. Put simply, it has been stunning. The famously inclement Belgian spring climate has decided to have a year off and has been replaced by an altogether milder one. Case in point, the temperature forecast for this Sunday’s Gent-Wevelgem finish is 8 degrees warmer than that in Barcelona for the Volta a Catalunya. Mental.

Life is pretty easy when your rides look like this. Plenty of these around

It’s not all leisurely pootles down the canal though, as the whole point of being here in the first place is the racing. And that’s presented a bit of a problem for me these past few weeks.

Two weeks ago I was lining up with 154 similarly deluded folks for my first kermesse. For those not in the know, a kermesse is a Belgian road race, typically about 120km in length made up of laps of 5-10km. These are open to all riders except pros (they have their own pro-kermesses), cost 5 euros if you hand your number back at the end, and take place on a nearly daily basis during the summer. If only racing in the UK was so easy.

I’d woken up with a niggly sore throat that morning, but decided to race anyway as I didn’t feel like it was hampering me. The race started fast as things are always nervous with that many riders starting, and my fortunes took a downward turn almost as quickly. I’d gotten a stone stuck in my cleat which meant I pulled my foot out as I kicked out of each corner, so I struggled to hold position. In a race like this, if you’re not moving up, then you’re moving back – each gap is filled just as fast as it opens up.

After an hour of tentatively accelerating out of corners and then trying to gas the straights, I was pretty much at the back of the long string of riders. Things were not looking good with only a third of the race gone, and I confess to feeling more relieved than I perhaps should have when I punctured. At least that gave me a good excuse to end the beating.

My various misfortunes only served to hide the underlying truth – I wasn’t anywhere near as fast as I needed to be to compete – something that was plainly evident when I looked at my power files later that evening. If there was any doubt as to why, waking the following morning with a full on chest cold laid that one to bed.

And that’s really it as far as race news goes. It took only a few days to get over the cold (or so I’d thought), but I’ve been left with a chesty cough that will just not go away. I’ll be feeling great on the bike one second, and then suddenly descend into a fit of coughing that I’ll have to coast through for 20 seconds. Races have come and gone and still I’m relegated to the sidelines, or more accurately, the sofa.

Bike riding, or indeed any other sport, can be tough when things aren’t going well. I don’t want to sound too negative as I’m still doing what I love, but it’s been a frustrating experience as there’s nothing else to fall back on when you’re a full time rider.

Luckily though, I’m in Belgium in spring, and the whole cycling world is currently descending on this small piece of the universe. On Friday, the E3 Harelbeke was in town (literally, it’s 5km down the road) and we spent the day chasing it around the Flemish Ardennes with our director sportive, Andrew.

If spectating a Tour de France stage involves staking out a spot days in advance and then waiting all day for a fleeting glimpse of the stars as they fly past, then spectating a Flemish classic is the complete opposite. Here, people chase the race, using their intimate knowledge of the local roads, a healthy disregard for road rules and rally driving experience from their previous lives to see the riders at multiple points as they zig-zag their way through what is a very small area, geographically speaking.

It’s a sport in its own right really, and one gets the feeling that the thrill of the chase is more important than actually seeing the race itself. Hanging around to catch the tail end of the peloton is not an option as you need to be sprinting back to your car to outrun the next roadblock. Through various snippets of radio coverage and some cheaky listening in to race radio, we were able to glean some info about the race, but overall we really had no clue what was happening.

It was an experience for sure, but I think I’d prefer to spend the time to get a single really good roadside spot and soak up the race atmosphere at that location, before retreating to a café to catch the action at the end of the race.

Anyway, what follows are a few photos and videos from the 6 spots we managed to see the race at. From the videos you can see that it was a proper sprint to get back to the car – there was no hanging around! The break hits the Steneberg. We couldn't hang around to see the bunch as we were already off to the next spot Left hand turn onto the Eikenburg Just a standard Friday waiting for a bike race to pass Stalkerish photo of the back of Eric Zabel's head, who was there working for Canyon

The bunch summits the Knokteberg and turns onto the Niew Kwaremont

The winning break on the Oude Kwarement. Note the increase in crowd volume as the Boonen group comes through. That man is god in these parts If you drop out, you still have to ride 20km back to the hotel (with 10 Freds on your wheel) Cancellara in the chase group. The camera bike ruined my picture of the break Driving a team car with a roof rack has its advantages. We managed to sneak into the race convoy to get a traffic free route home!