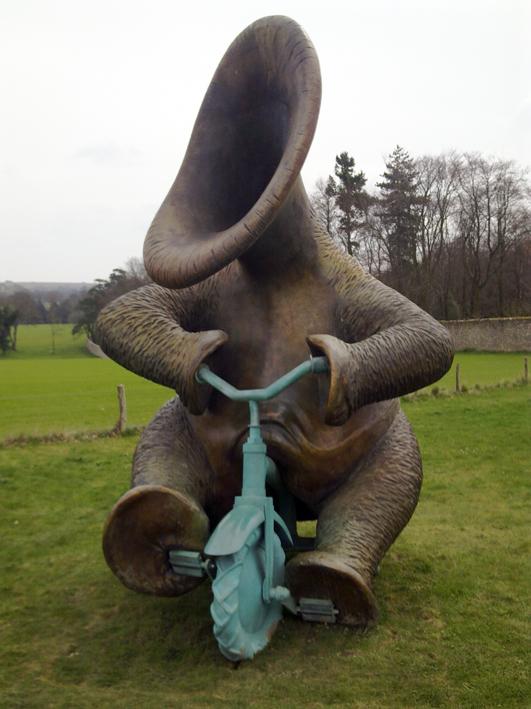 Two rides this weekend: 63 miles yesterday and a whopping 116 today – the furthest I’ve ever cycled in a day I think. My system’s not quite sure what’s hit it. I’ve been floating around in a drowsy fug since I got home, talking nonsense and feeling strangely emotional, so God knows what I’m about to write in this blog...

Two thoughts struck me during today’s ride. The first was about listening to your body – or, to be more precise, ignoring what it’s telling you. About ten miles into yesterday’s ride I was feeling really rough. All the hills seemed steeper than usual, the wind stronger, the bike heavier. I was breathless and struggling and the 63 miles felt like twice that. When I got home my back and shoulders ached and my energy levels were way down.

My plan was to try back-to-back long rides this weekend but I seriously considered knocking it on the head this morning. But then I figured I’d see how it went – knowing that there won’t be the opportunity to go for a big ride next weekend and not wanting to fall too far off the pace.

And it was fine. I felt much more energised once I started this morning’s ride, the aches had receded and the bike was flying. And my body soon changed its tune; after this morning’s chorus of grumbles there emerged some rather feistier messages. Admittedly it started moaning again once I’d passed the 90 mile mark and turned into a headwind that was to last until I got home – making me feel about as aerodynamic as the (pictured) cyclist I photographed outside Goodwood House earlier, but I think I can forgive it that.

I’ve no idea what conclusion to draw from this and I’m far too tired to try and make sense of it now. I think it makes perfect sense to go with my instincts when it comes to deciding how hard to push my system, but this morning they were way out. Go figure.

The other thought that occurred was how inconceivable it is that I could even consider voting for the Conservatives in the upcoming election. It was never very likely to be honest but today – particularly as I cycled through the Surrey section of my ride – I passed lots of posters of rural Tory parliamentary candidates looking like smart-arse middle managers who’d just won employee of the month. They all appeared insufferably smug, probably because they represent constituents that would sooner commit bizarre pagan sex rituals than vote anything other than Conservative.

Before long I was associating them with the increasing discomfort of my ride. With each poster my irritation grew until I was actually swearing at the mugs of Jeremy this and Celia that as I passed. So that’s it I’m afraid, Mr Cameron, you’re going to have to do this without my help.