Cycling and the law: The new ‘dangerous cycling’ law is a dangerous distraction 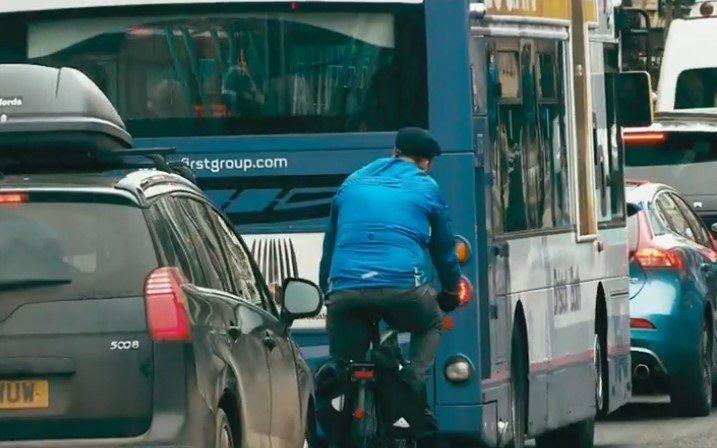 Bath cyclist in traffic (via iPlayer).jpg
The government could bring in a 'dangerous cycling' law – cycling law expert Mark Hambleton argues that there are more important things to review on our roads

A new law will shortly introduce the offence of ‘causing death or serious injury by dangerous or careless cycling’.

Laura Thomas of Birketts LLP recommends this new ‘dangerous cycling’ law in her report written as part of the Government’s cycle safety review. The report concludes that there is a persuasive case for legislative change to tackle the issue of dangerous and careless cycling that causes serious injury or death, in order to bring cycling into line with driving offences.

Let that sink in, the message to Government is that dangerous cycling needs to be brought into line with motoring offences.

This report is the first phase of the cycle safety review with the second phase being a consultation on road safety issues relating to cyclists and pedestrians. I’ve had my say and would encourage you to do the same on the government’s website before the deadline on 1 June 2018.

Do we really need this new law?

The recommendation for a new law follows the tragic death of Mrs Briggs in February 2016 and the passing of an 18-month sentence for Mr Alliston in September 2017.

The report states that this tragedy was the trigger rather than the cause for the review. I don’t agree with that view because I cannot see a good reason (or public/political appetite) for the new law in the absence of this high profile case.

The report states that there have been nine cases in the past ten years with sufficient levels of culpability to be relevant to the review – less than one per year. Imagine if motoring offences that kill or injure vulnerable road users were reviewed with such frequency.

This new law could, therefore (in theory) go for years without ever being needed. I am not against a general review of road traffic laws but the speed with which this law change has come about is shocking and is indicative of the bias against cyclists in the application of current law.

The stats show that it is motorists who remain (by far) the greatest danger on our roads, which makes this new law even more disproportionate in terms of making a real impact on the real dangers on our roads. The statistics in the 2016 DFT survey (and associated media articles) make stark reading:

What should the Government prioritise?

The proposed new law has somehow managed to leap ahead of a 2014 review of road traffic offences which still hasn’t been published four years later. No such delays for this new law.

If the powers that be really want to improve road safety, perhaps they should sort out the following:

It is encouraging to hear that a review of our road laws is back on the agenda but a real disappointment to see that, instead of taking steps to improve the safety of our roads for vulnerable road users, a law change is being proposed that will only affect a minute number of people.