A different lifetime ago, when we were young and full of immortality, we’d high-tail it from the coast after work following signs up the A1 to The North and batter ourselves until we were two packets of custard-cream crackered from ticking off as many proper hills as we could find in a Whitby weekend.

It was a friendly but perpetual war, I was old school, massaging a heavy steel and chrome Colnago across the moors, struggling up the climbs fumbling with down-tube shifters but making the most of it’s rouleur abilities on the rolling sections over the tops, while my mate was dancing on new-fangled carbon-fibre playing pizzicato with even newer Ergoshifters. 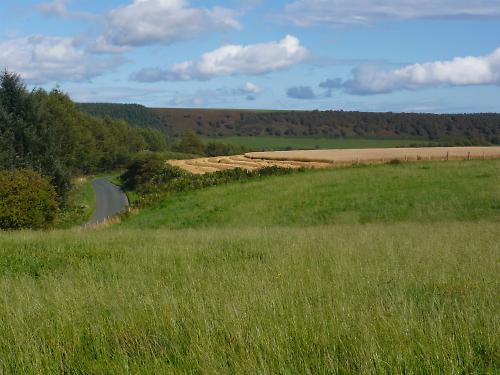 The rides are a list of names that trip off the tongue like happy sore legged memories – Ugglebarnby, Grosmont, Rosedale, Danby, Fryup, Blue Bank, bleak fuzzy-edged tarmac without centre lines, roads nailed to the hill so they didn’t slip off, the old man that comes out every morning to sprinkle fresh gravel on the corners, windproof jackets cracking like kites in the wind fresh off the North Sea, hoovering up pork pies the size of hats at the end of the ride. But it’s been too long since I’ve been up there, a century has passed even, so when the chance came to borrow a house for a few days that just so happens to be right at the start of my favourite Yorkshire ride, and possibly one of my favourite rides ever, the car is packed, not forgetting the extra layers against the Northern permadamp, and steered up the still great north road. This favourite ride isn’t an epic by any means, at 3 miles under 30 for the loop it’s certainly not long, just over a warm-up really, but what it lacks in length it certainly makes up for in variety and back in those days we’d extend the ride by lollipopping there and back again from where we stayed near Whitby. Despite it being ridden not that often on just the odd weekends away and certainly being no regular ingrained training loop sections of it are nonetheless burnt into my muscle memory. In my romantic mind the ride officially starts in Thornton Le Dale and heads East along the fast and bit too busy 170 before turning left at Snainton where the effort really begins with the long endless endless straight and steady climb out onto the moors, then the sharp left-hand turn towards Harwood Dale and the Moorcock Inn where the rhythm breaking lumpiness took all the sing-song out of the legs, especially the sharp climb away from the beck.

Things settled down enough for breath to return until the perpetually greasy climb under the trees past the empty toll booth leading to the rolling road along the top where we’d watch each other like hawks before the 90 degree corner where someone always always attacked, almost as a tradition, despite the fact that the following road with its long line of sight meant their hope could be seen flailing down the road forever. The catch would invariably be timed for the hairpin corner at the bottom and counter-attack upon counter-attack ditched out along the deep swell of the road to Low Dalby while trying to leave enough spare in the legs for the final emptying drag out of the forest where judging the final sprint was crucial as it was too easy to launch stupid early to get the jump as the hill or a friends wiser legs would often bite back, I’ll never forget pinning my maximum heart-rate (187) somewhere up there, then to cruise with breathless smiles back down the hill to Thornton Le Dale to lean the bikes outside the cake shop. 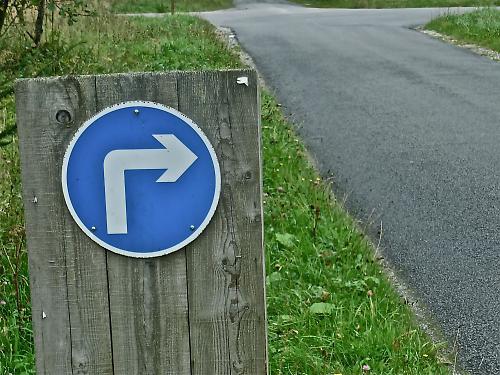 A tarmac strip of memory that’s probably a sentimental mythical victim to a couple of decade’s worth of wistful reflections, repeated repeated tender anecdote and a fair portion of misty-eyed dreams of 42x23 young legs. 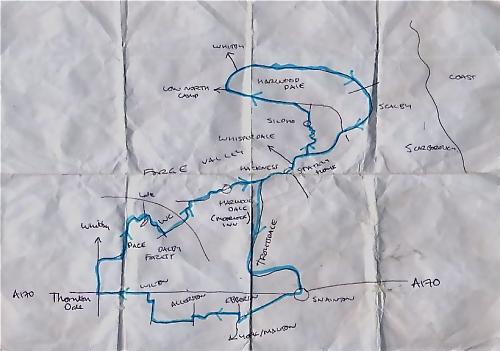 Pocketing a hand-drawn refresher map with an extra added loop should we feel the need to log more miles we head out of Low Dalby, The Wrong Start to the ride, and turn right, heading The Wrong Way up the Forest Drive. In my mind the loop was always pedaled widdershins but that can’t have been the case every single time as the clockwise scenery slots perfectly into my mind’s eye and corners are remembered like they were ridden just last week. Like all good friendships this one is rekindled as if nothing has happened, despite the long interim between meetings the conversation starts exactly where it left off last time, a handshake, a smile, great to see you, how’s things.……..

Dalby Forest Drive benefits from being both a toll road and taking its own time to get nowhere in particular so is beautifully free of busy or rushing traffic, and therefore great for bicycles, of both the meandering and highly-strung kind. Grins punctuate the ride as bits of memory jigsaw find their slot in my head when road vignettes slip by; the old red phonebox on that corner, the swoop by the lake, the turning to Broxa that led us to a bit of impromptu off-road once, this is counteracted by sections of amnesiac tarmac, this way round the road through Troutsdale seems to be one long climb, steady but with a few steep ramps in it just to weary the legs, I appear to have deleted most of this bit from my brain, I remember the sections that twist round the farms and loop up and round and down and through the woods, maybe because they’re the fun bits, especially at speed, and it’s definitely a longer time-sucking section than I recall, even if we had been descending it as was The Way. 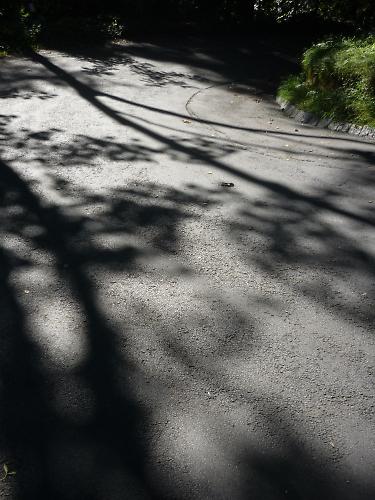 But before this we tack on that extra loop with the alpine-in-miniature drawn-by-hand wiggly-line switchbacks up to Silpho and the fast gusty descent into Harwood Dale, and it makes me wonder why we never did this Back in The Day as they’re excellent roads, maybe we did, maybe my memory is selective again, maybe we just suffered map blindness. We have to stop for some tea with a view over the Dale, a slice of cake with cheese, and a chat to a whippet before getting a bit lost trying to find our way out and back to Hackness to rejoin the loop where Yorkshire layers weather upon us with a sudden shower, bright sunshine and twin rainbows all in five minutes. This way round when we finally crest the dale at the Hall we get a wonderful late afternoon view towards the South, the high ground of the Moors gently dropping away and the flat land leading all the way to York and further. Spinning back through Ebberston and Allerston parallel to that main road to Thornton Le Dale that we used to suffer, and a welcome change to what was the Right Way especially into the low Killing Sun it’s a sincere delight to see that the roads have definitely lived up to all their memory and reminisce, and if there was more time to the day I’d turn round and do another loop, for old time’s sake. 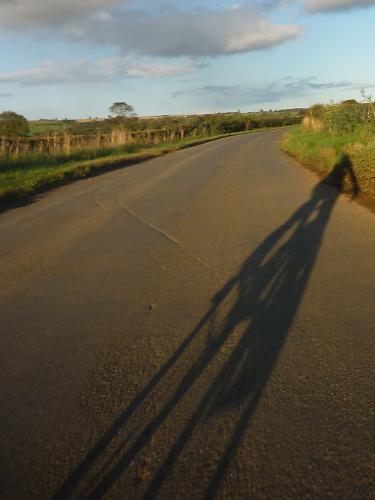