Cycling on fast dual carriageways – Yes or No? A road.cc reader gives his view 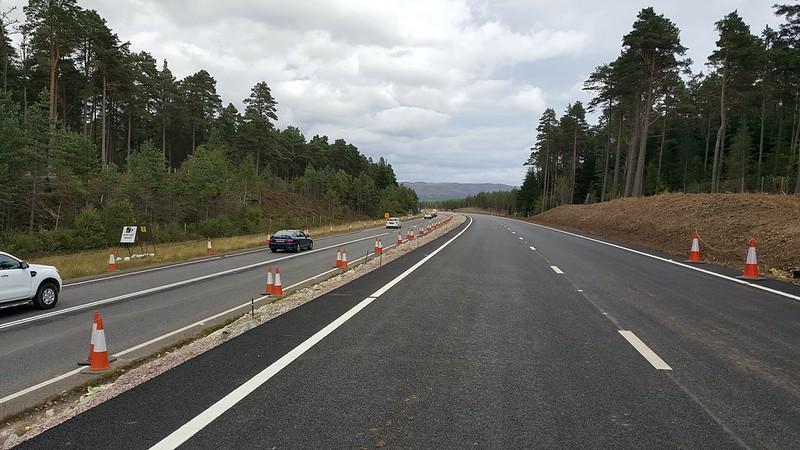 A video featured in our Near Miss of the Day series earlier this week showing a cyclist being subjected to a very close pass at a car travelling at around 60mph on the A34 ignited a debate in the comments, as footage shot on such roads often does – should you, or should you not, ride on fast dual carriageways?

> Near Miss of the Day 483: Audi driver makes close pass while beeping horn

Highways England decided two years ago against implementing a blanket ban on cycling on the A63 near Hull after Cycling UK gathered more than 10,000 signatures in a petition against the plan, warning that it might set a dangerous precedent, and whether or not to ride on one remains a personal choice.

Having said that, there are some places where it is impossible to avoid riding for at least a short time on one, perhaps to negotiate a roundabout – and often, there will be no usable footpath alongside for those who don’t want to ride on the main carriageway.

After we published that Near Miss of the Day on Monday, road.cc reader Phil Reynolds got in touch to give his views on the subject.

“I’m very rarely moved to write in about anything, but I feel this needs comment,” he said, adding, “Perhaps you'll publish this email as a discussion starting point?”

We agree with Phil – we know that our readers hold a broad range of views on the issue, and it’s one we feel is worth debating. Here’s Philip’s post in full – let us know your thoughts in the comments below.

I'm an avid cyclist, hater of close passes, and defender of cyclists’ rights – I’ll state that for the record before beginning.

I'll also agree that, in the video I've copied into the subject box, the cyclist has a legal right to ride on that road and would be in the right if her/she were to be hit.

However, one thing is totally clear: he/she should not be on a 60mph dual carriageway. That is completely stupid. Sure, it’s allowed, but it's also allowed to jump off a cliff on a bike, and the resultant death is not the cliff’s fault.

We can’t expect drivers to think pushbike when they’re on a dual carriageway any more than we can expect them to think pedestrian, injured bird or crashed alien spaceship. It’s too dangerous. The two are incompatible.

The only option is to ban cycling on these car-only roads. It’ll probably actually ameliorate the car-cyclist antipathy, to my mind, if we give this sensible concession.

In case you yourselves don't agree, let me ask you: would you cycle on a dual carriageway? Would you walk on one? On that road in the video?

Close passes are always the driver’s fault – let’s not deny that – but in some cases, as with the above, the cyclist has made a really stupid decision to ride that road in the first place, and simply being in the right doesn't cut it for me.

Perhaps you'll publish this email as a discussion starting point? I don't have all the answers but I certainly think the debate is more complex than ‘close pass equals condemnation’.

Do you agree with Phil? Should cyclists avoid such roads at all costs? Do you feel confident riding on them?

Or should more be done in terms of giving cyclists safe infrastructure to ride alongside the dual carriageway, as well as carrying out more and tougher enforcement against drivers who do put cyclists’ lives in danger?

1
Press misrepresents Highway Code changes – just days before they come into force
2
Bikes are often more valuable than cars, says judge as he jails thieves
3
Near Miss of the Day 701: Speeding bus driver “very lucky” to avoid prosecution for close pass (includes swearing)
4
Stages will retrofit a power meter to your existing cranks
5
Chris Boardman heads newly-launched government body Active Travel England
6
Near Miss of the Day 702: Must Get In Front lorry driver goes wrong way round pedestrian island
7
Government slammed for not informing public of Highway Code changes aimed at protecting cyclists and pedestrians just days before they come into effect
8
Near Miss of the Day 703: Very close pass at pinch point (video includes swearing)