The hill we are climbing: Why I'm defending my National Hill Climb Championship title in the colours of the Suffragettes 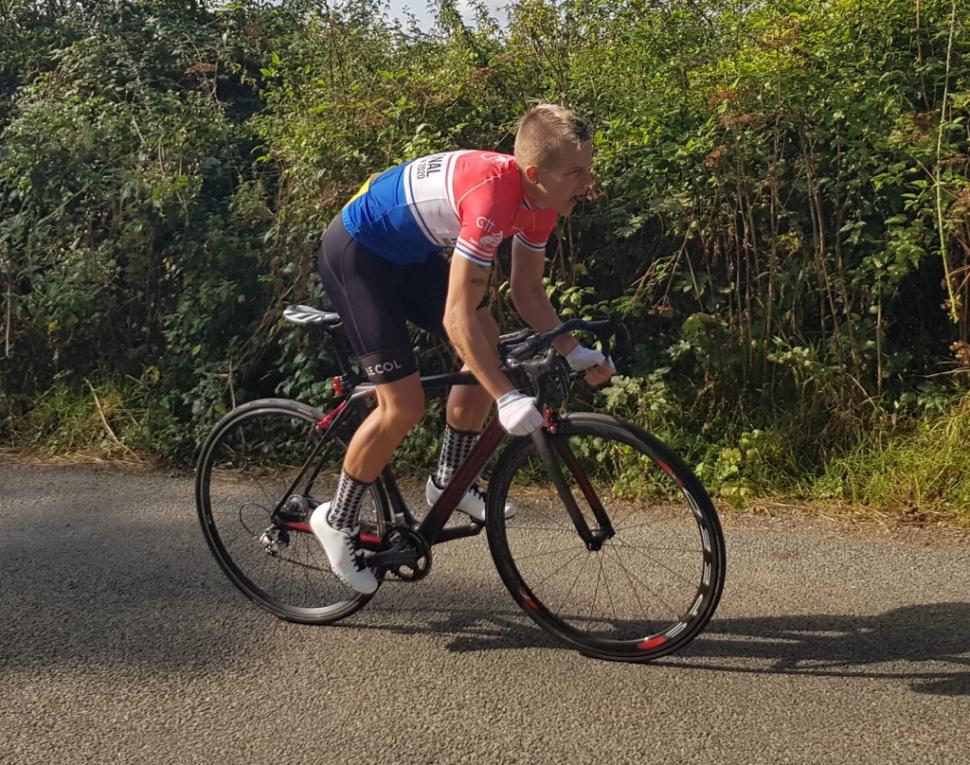 Bithja Jones at Holybourne Hill Climb 2021 (image credit: Toby Davies)
Bithja Jones is aiming to win her third UK National Hill Climb Championship title on the bounce in North Wales today. Here's why the event means so much to her

Today, on Sunday 30th of October at 12:42, I will be entering into seven minutes of pain and oxygen debt, racing up the Old Shoe in the National Hill Climb Championship in Llangollen together with 400 other riders, 70 of whom are women. My aim is to defend my title.

Rebecca Richardson, Frances Owen and Joanna Blackburn will all do well on such a long and steep climb.

It’s not always been like this. Women only started racing at the National Hill Climb Championship as late as 1998! And it took even longer before we had a first officially recognised women’s champion 2003. And in 2012, silver and bronze medals were awarded to the women for the first time in history. We have come a long way in that short time.

When I first won the Nationals on Streatley Hill in 2020, the race organisers had launched a campaign together with Lauren Pestana and with the help of the hill climber community (#climbhighertogether) to close the gender gap in cycling and fight for more equality.

The result: a record participation of women in the Nationals that went up from 12% to 30%, numerous clubs adjusting prizes to make them equal for men and women and changes in some cycling club’s constitutions to ensure gender equality in the future.

The following year, the epic race up Winnats had 60 female competitors out of 300 overall. The organisers had put the female riders last to show their respect to the women’s race. I was the last rider up. Some spectators started leaving the hill after the fastest men had finished their rides, thinking the race was over. 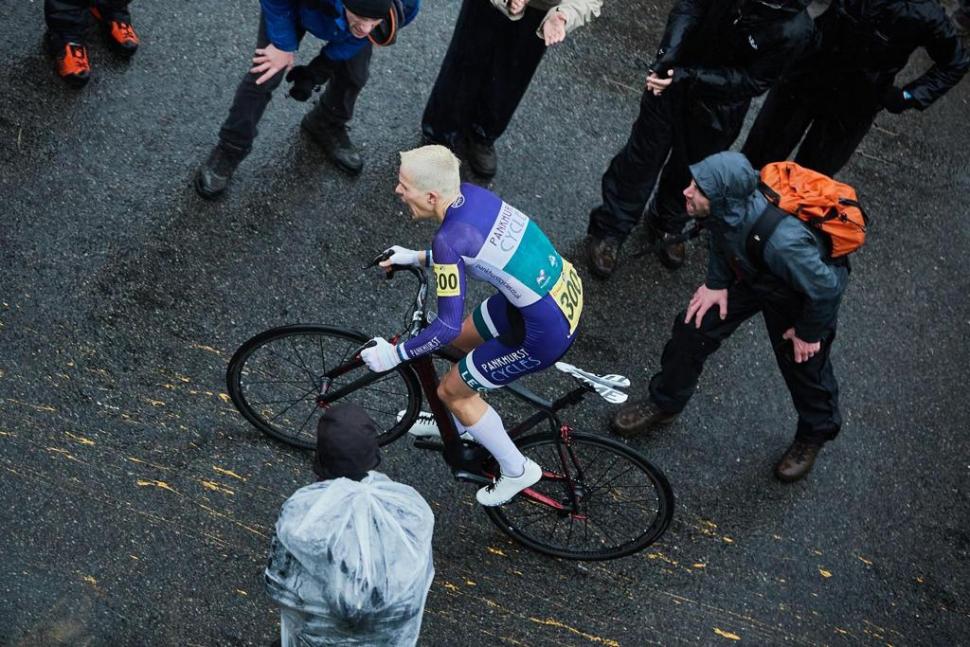 Luckily there were still hundreds of committed fans on the hill in biblical rain, shouting at us as we were gurning it up the steepest slopes of the pass. Thank you to all of you. Being cheered on like this is the best thing ever when your legs are about to give up and you suffer with oxygen debt. This is what makes the Nationals so special to ride. I had never experienced anything like this before.

This year in Llangollen the women’s race is in between two blocks of male riders with the fastest men being up last to prevent spectators from leaving before the women’s event has even started.

My eight-year-old daughter has raced in two hill climbs. She wants to become National Champion. I hope measures like this will be unnecessary when she rides her first National Championship. 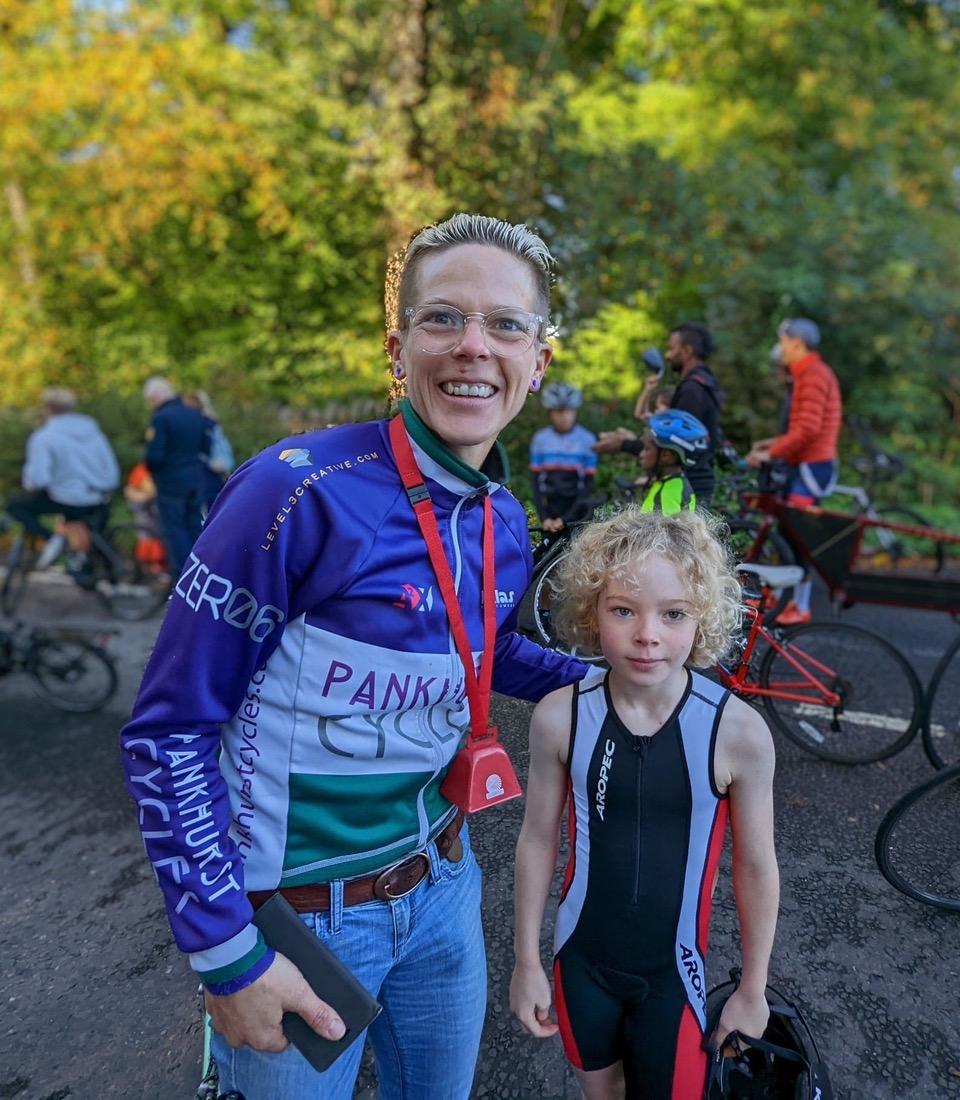 She also wants to ride the Tour de France which is now actually possible thanks to much campaigning by InternationElles, who rode the full Tour de France one day before the men’s race to make the point that if women with full-time jobs and kids can ride it, then professional female cyclists should absolutely have the chance too! And I don’t have to say to my daughter now: sorry, you can’t ride because you are a girl. No one should feel they can’t do something because of their gender!

I will be riding for my team Pankhurst Cycles today. I am very proud to be riding in the colours of the Suffragettes. This is not only so fitting because my team at Pankhurst Cycles is very active in supporting women in the sport of cycling, but also because the bicycle played a massive role in the women’s rights movement and became a tool and a symbol for the emancipation of women.

I am passionate about hill climbing, I am passionate about equality and I am passionate about my daughter’s dreams. I was immensely touched when on a few occasions this season, girls and young women came to me to tell me how I had inspired them to start racing, that they only signed up for the hill climb because they saw my name on the start sheet and asked to have photographs taken with me. It made me very happy and proud of what I had achieved and that it meant so much to other women.

I hope we can keep that momentum going, there is still a long way to go and I believe everyone can help with that as a member of the local cycling club, as organisers of events, as a participant in a race, as spectator on a hill or as reporter and photographer.

We are even stronger together!

Update from the road.cc team: Bithja put in a great performance to finish third behind Illi Gardner in first and Mary Wilkinson in second place. The men's senior winner was Andrew Feather. Full provisional results can be found here. 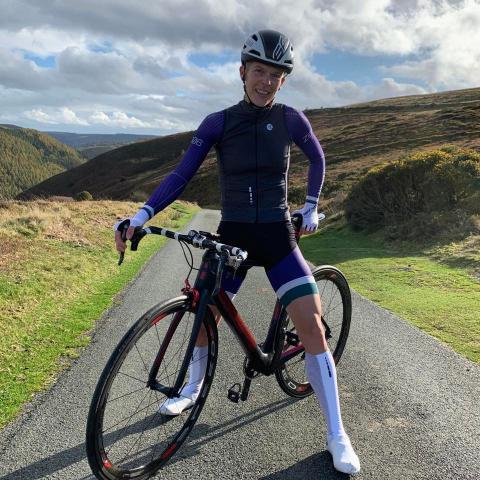 Bithja Jones is two-times British National Hill Climb Champion. She has a master's degree in Fine Art and works as a teaching assistant in a special needs school. Bithja has got two children, they cycle everywhere and the school run and commute is done on the bike. Bithja started competitive cycling in 2019 when she became track champion at the Reading track league. Bithja races for Pankhurst Cycles.