Riding like it's 1993: Cycling across Britain without a mobile phone 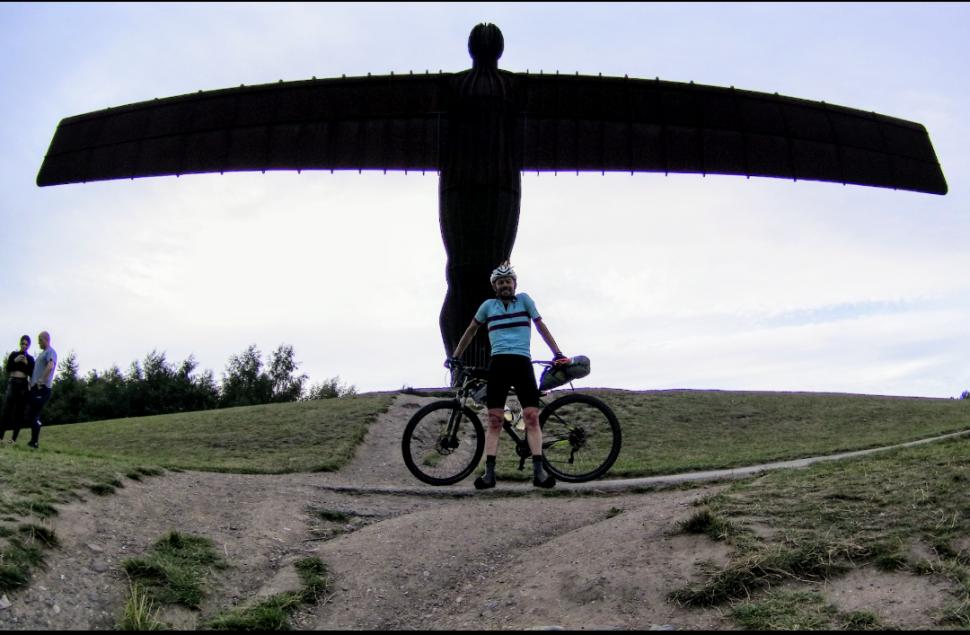 “Excuse me, do you know the way to Newcastle?”

I’ve cycled to Mount Everest, I've even cycled in North Korea, but last week I took on a real adventure... I cycled the length of England without a mobile phone. How did I find the experience, people’s reactions, and did I get to the place I was trying to get to?

> It’s not all about racing: why the bike industry needs to take a chill pill A few weeks ago, my mobile phone broke. I was thinking about how much I depend on it for everything when I saw my beloved West Ham were starting the new football season away to Newcastle. Then, I stupidly put two and two together and got five. Which is how I came to be riding to the match, whilst relying on my ability to talk to strangers and their kindness to point me in the right direction for everything.

It should be interesting, might even be fun but would certainly be an adventure; but it actually turned out to be a bit life-changing.

Elon Musk has said that having always-on access to the information on our phones means that we are really already half-robot. It’s just the input device that needs improving, from finger to thought. So, going fully human for a week, how was I going to get from London to Newcastle without immediate access to maps, accommodation, the weather, messaging, phone calls and social media?

I decided to follow signposted routes along canals, bridleways and cycle routes. It started OK and I made it to the outskirts of Milton Keynes on the first night to stay with my sister. After that I had pre-booked cheap B&Bs, and just had to find them. And that is where the kindness of strangers kicked in…. Thanks to Will, Liam, Sue, Steve, Aran, Dave, Vicky and many more I (very) slowly made my way up the country. I was pointed in the direction of towns, canals, favourite cafes, petrol station shops and short cuts whilst simultaneously bursting my social media bubble to pieces. Real conversation with people that, like me, now want to spend their time outside with others.

Most people I asked directions of and who opened conversations with me at café stops were like me (middle-aged) and quite quickly conversation went from “where are you going?” to “why?” right through to the meaning of life! For an age group who are finding themselves superfluous to the job market, everyone I spoke to just wants to live a life off screens, outside, sharing their time with other people. That’s it. A simple life where how we spend our time is more important than how we spend our money.

These are people that no longer want to be half-robot. They want communication by talking and listening and not typing, reading…. and trolling. These are the millions where 'work from home' means they are unlikely to ever go back to an office, and the way work is structured now, they could easily go days without talking to another person. They don’t want that life. They just want to chat, and chat to me they did about life, relationships, lost opportunities, new ideas and their adventures yet to be embarked upon.

The two teachers who were renting two of their three bedrooms so they could cover their mortgage payments, the two regulars at a pub on the outskirts of Oldham who were only regulars because “you can get four pints for £10 every night, why would you go elsewhere?” They both independently gave me all the money they could muster when they heard I was cycling for the Bobby Moore Fund for Cancer Research, £3.14 between them! I used to be a Director of Comic Relief, I found then that it's almost always the poorest in society who give the most to help others. I spent another evening watching a football match with a few regulars in the local sports club whilst most members played the real sport of the night, bingo.

People have become used to using mobile phones as a safety net to cover the time when we are bored but really, they are a barrier. A barrier to leading the life everyone I met wants to live, just passing the time, chatting to other people.

I took some personal reflections from my journey, you certainly have a fair amount of time for reflecting when you don’t have a mobile phone with you. The immediate one is that I can actually survive without access to information on demand! Once a day is enough, but my daily rhythm is so set around access to my phone that I hope this six-day break is enough to start changing a decade-long habit. I spend one or two hours a day pretty much just scrolling and distracted. If I can break that habit I can have more time every day to spend with family and friends, to learn something or to consume some mentally nourishing culture. I don’t need my phone with me when I’m with other people or in my bed. I can leave it in my ‘work from home’ office. I can cope!

I did very much miss the conversation and banter with friends and family, sharing the journey along the way. There were certainly times when I felt lonely. I was in the middle of nowhere and not able to speak to my wife or a friend.

The people that spoke to me were generally people that were also on their own. There were a few times when I sat at a table next to a group of cyclists or bikers and no one made the effort to say hello. When I’m the one in that group I‘ll make sure I try to at least say hello. You never know where conversation will lead, but it will certainly lead to better mental health for both participants. Conversation leads to momentary friendship.

“Of all the means to insure happiness throughout the whole life, by far the most important is the acquisition of friends," said Epicurus.

We don’t need much more than friends. Why not try going ‘phone-free’ once a week? If you do need to contact someone urgently someone will always lend you their phone (just take their number written down!) and don’t rely on a phone box. I tried about half a dozen, some were for sale for £1, some are defibrillators, and some say that they will work with cash, card, reverse call or card via an operator. Not once did I get any to actually work! I discovered red boxes right across Britain but no actual working phones any more. The ride? That was secondary to the phone-free experience really, Yes, it certainly ended up being tough; two days of canal towpaths, a day of the Pennine Bridleway, which with a fully loaded mountain bike, ended up being a hike-a-bike experience up too many rock-laden pathways. Then onto the amazingly beautiful Rochdale canal, to lovely Hebden Bridge, up through Derbyshire, and onto cycle paths that took me diagonally across the Yorkshire Moors National Park and up its numerous 25% hills. I literally rode for about three days with nothing but hills, sheep and countryside views as far as the horizon, in every direction.

> Sustainable Gravel: A car-free cycling trip to the Isle of Wight I finally arrived to the outskirts of Newcastle the night before the match, wearing my West Ham cycling jersey, and stopped at the first mini supermarket I’d come across for thirty miles to refuel. There was only one other customer, another middle-aged man:

“Been anywhere good?” he asked.

“Ridden from London, for charity, without my mobile phone, to see West Ham play tomorrow.”

He took a step back and looked me up and down, and don’t think he could quite believe the answer.

“Hats off mon, it’s people like you that keep the world going round.”

I wanted to shake his hand, give him a hug even, it’s those moments of real life connection that make the world go round. Moments we can rarely get on a mobile phone, but are abundant in real life. Whilst we battle for the natural planet, let’s not lose what is critical to human nature.

> Cycling from London to Barcelona

An hour later, 8pm on Saturday night, Newcastle city centre... a knackered, smelly, dirty cyclist walks into a posh hotel and asks if they could help sort a cheap room for the night. After telling me to bring my bike in, they immediately got on the phone and within ten minutes had me a room sorted around the corner. By 10pm I’ve got a pizza and beer in hand and settling down to watch Match of the Day. For the first time in decades I have no idea what any of the results are, and loving it even more because of that. This article originally appeared on Chris's blog - check it out here

Donate to the Ride Like it's 1993 JustGiving page here 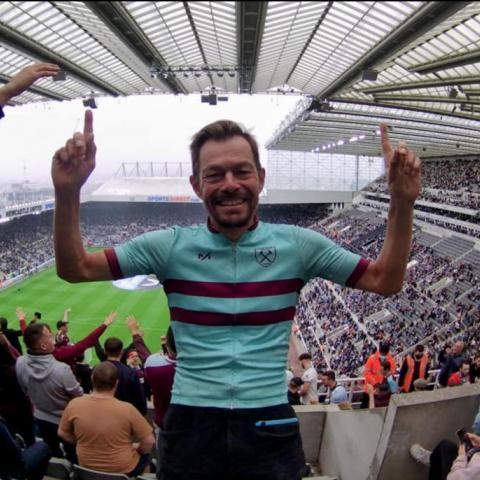 Chris Ward has raced, bike-packed, mountain-biked and written about cycling around the world.

He's been fortunate to have cycled to the Great Wall of China, Mount Everest, North Korea and Australia, mountain biked across the Rockies, Alps and South Africa and bike-packed across India, Bangladesh and Taiwan. He has also twice represented GB in the amateur world championships, became the oldest Briton to cycle up Mount Ventoux six times in a day, ridden almost every Grand tour climb and guided groups throughout Europe.

It was when he cycled the length of Greece and reached the Peloponnese, that he experienced his best ever time on a bike; endless glorious roads and the odd island-hop, to ancient cities, amphitheatres and a modern-day, tourist-free, holiday paradise. With his wife Helen he has set up Breakaway Greece, in order to share this cycling paradise and their simple approach to life, with others. www.breakawaygreece.com