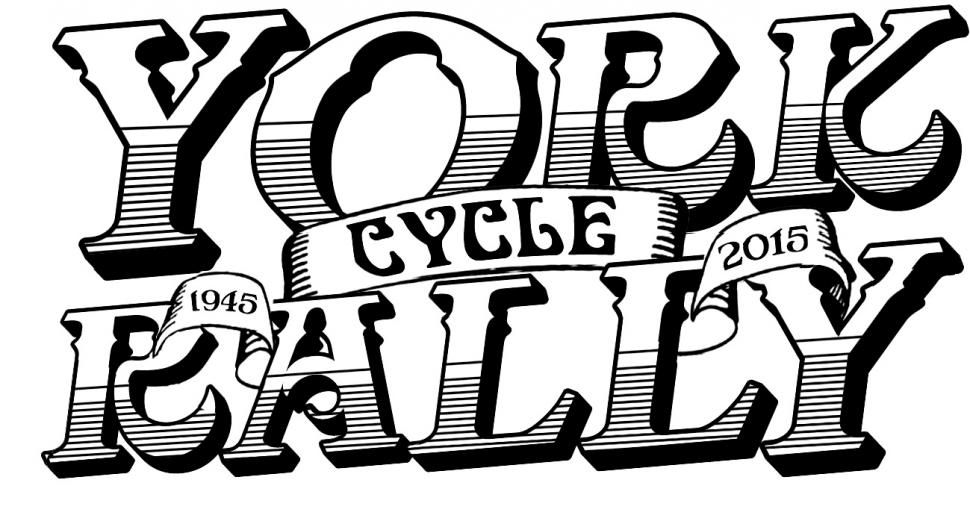 Entries are invited for the York Rally Grande Classic Sportive on the 21st September 2014. Three routes are available, taking riders north of York from the start point at Wiggington Village Hall into the Howardian Hills and then on into the North York Moors. An easy 36 km family route stays largely on the flat, while the 100 km and 140 km routes both take in spectacular Moors scenery. The challenging 140k includes the fearsome Rosedale Chimney Bank - with an optional bypass route for those who don't fancy its severe gradients! Refreshments, sag and broom wagons and marshalls at difficult junctions will all be provided. Visit the York Rally Grande Classic Sportive web page for maps, GPX & KML downloads and to enter online.

This Sportive is being organised as a fundraiser by the volunteer committee which is working to revive the York Rally: it had run for almost 70 years from 1945 until its temporary demise in 2013. Now the event will return to York's Knavesmire on the 20-21st June 2015. The new committee is working independently and is starting from scratch (although benefitting from the long experience of many York Rally stalwarts who have stepped forward once again to volunteer). We need to raise funds to cover the advance costs of a 'back to basics' event, to carry on the decades-long tradition of the Rally as a cycling get-together to meet old friends and enjoy cycling fellowship. Full details of the committee and current plans are on the new York Rally website and any support or feedback at this early stage will really help. There is a Friends of York Rally supporter's club and if you have ideas for us, or could dedicate any time as a volunteer, please do contact the committee or come along to our next meeting in York on the 13th September, downstairs at 'York Bike Shed', Micklegate, York, 10AM. Clubs, associations and cycling interest groups of all sorts are warmly invited to be at the Rally too: we have almost unlimited space on the Knavesmire for anyone to run activities or just to gather and catch up.

All funds raised from the Sportive will be used to stage the Rally in 2015. Please do join the Sportive and we look forward to meeting you there on the 21st September and also next June on the Knavesmire in York!