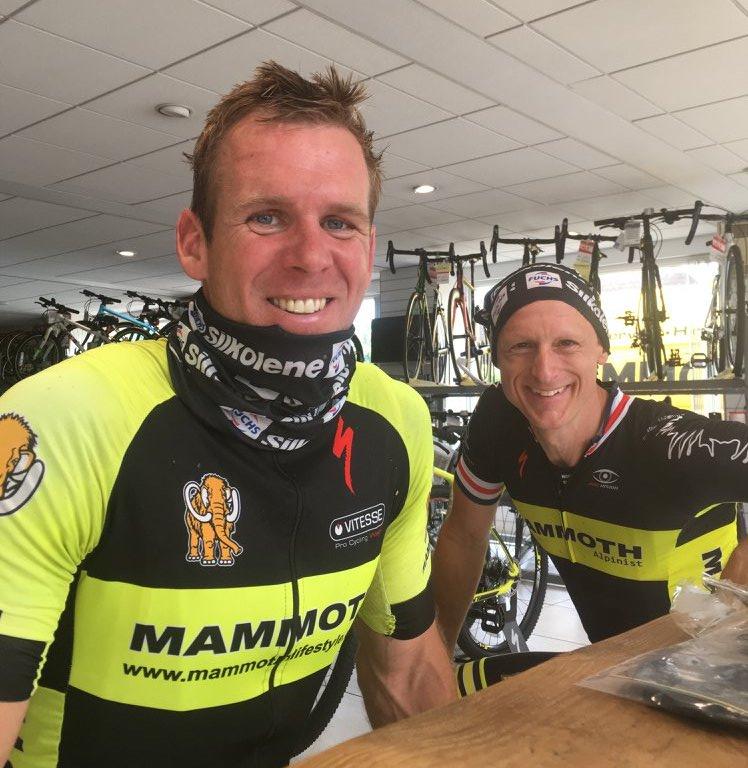 Join us for our first ever Reliability Ride

Back in the day before sportives had ever been thought of, reliability rides were a staple part of the cycling calendar. Early season rides where you ride a pre-set route at a pace you’ve nominated with other riders of similar ability. A great way to see if all those winter miles have had the desired effect as you move toward the challenges you’ve set for the year ahead>

Entries: On the day only

The route starts and finishes at Mammoth Lifestyle in Milford, Stafford and heads south west to begin with. The first mile of the route is uphill but gives way to a long mainly (and gently) downhill section from there to Penkridge and the 6mile point of the ride.

From Penkridge, the next 4 miles of the ride are probably the toughest of the route, climbing consistently to the high point of the ride at 10 miles. From this point up on Cannock Chase it’s good running to Yoxall at the 25 mile point with the road predominantly downhill and the prevailing wind likely at your back.

Yoxall marks a change in the character of the course and in contrast to the big, long climb of the opening, the second half of the route is punctuated by repeated, short climbs, made tougher as the course turns to the north west raising the possibility of cross winds.

Uttoxeter marks the point where 2/3rds of the course is under your belt and from here you’ll join the short course for the RideStaffs Spring Forward sportive until Milwich Bank where you tackle the toughest climb of the final section of the route.

From the top of Milwich Bank it’s 10 miles to the finish and just one climb of note (Sandon Bank) stands between you and coffee back at Mammoth.

What is a reliability ride? (And what isn’t it!)

While they have similarities to sportives, reliability rides differ in a number of important ways from sportive events you might have done with RIdeStaffs in the past.

On our sportive rides we try to keep you on roads that are as quiet as possible, often using small lanes to take you to unexpected places. On a reliability ride, the roads tend to be larger, partly to facilitate riders desire to test their fitness and partly because we want to minimise the chance of an early season event being scuppered by icy roads.

…you. And your bike.

So no feed stations, no mechanical support, no phoning HQ for a lift if you’re tired.

This ride is for:

Riders who want to test where their fitness is at as we emerge from the dark days of winter having done some solid training through the winter. It doesn’t mean you have to be quick, but you do need to know you’re ready to tackle the challenge.

This ride isn’t for:

Anyone who’s not touched the bike since last summer and wonders if the fitness is magically still there. In short, it’s not a ride to see if you can ride 60 miles, it’s a ride for people who can ride 60 miles but want to benchmark how quickly they can do that.