30 days on the bike! | riding every day for a month

Abus set Dave the challenge of riding his bike every day for a month. Will this epic task break him?
by Liam Cahill

This article includes paid promotion on behalf of Abus

Riding your bike every single day sounds like the dream for many cyclists, but what is it like in reality? Dave set out to find out.

The brief from Abus for this one was simple. Dave would head out on his bike for at least an hour every day for 30 days. He’d be commuting, getting gravelly, doing some bike-packing, heading to the shops and going fast on the road.

As we’re based in the southwest of England, the weather would inevitably be as varied as Dave’s riding. Would he love every minute or is too much of a good thing never good?

There is also a training question to answer about having no days off the bike. Would Dave find the key to unlock his true cycling potential or would the daily grind hurt his cat 3 racer form?

To help him out, Abus sent over a few bits of kit. Firstly, Dave had the pick of three helmets, the Stormchaser, the Macator Mips and the Pedelec 2.0. 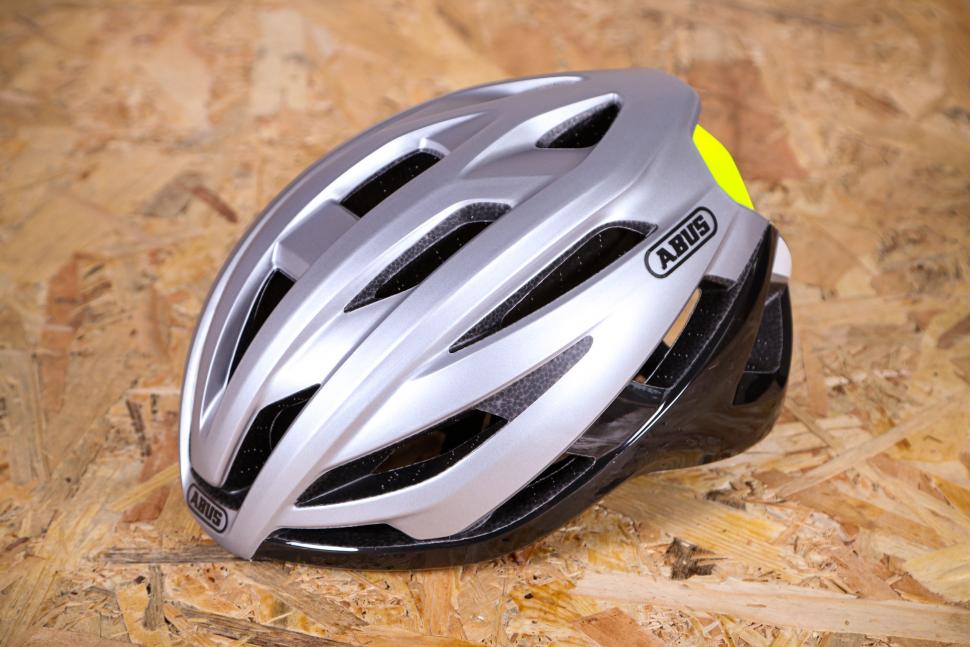 The StormChaser was Dave’s pick for road rides, he spent most of his time in the Macator Mips as this is aimed at the adventure/gravel riding that made up the majority of Dave’s riding and the Pedelec 2.0 replaced Dave’s trust bobble hat for commuting and urban riding duties.

To secure Dave’s fleet of bikes, both at home and while he was out and about, Abus provided a selection of their locks.

The Combi Flex went with him on loads of road rides and bike packing trips as it is lightweight and quick to use. Then stepping up the security we get to the Granite X Plus 540 D-Lock. This one has a SoldSecure Bicycle Diamond rating, the highest you can get, so it is ideal for locking your bike outside work or the shops.

At home, Dave installed the Granit ground anchor and he did a good job because it isn’t coming out. This allows you to secure a number of bikes in a shed or bike store and Dave used the CityChain 1010 which gets a SoldSecure Bicycle Gold rating.

The final lock is a folding link design in the form of the Bordo 6000. Unlike a chain or a D-Lock, which can sometimes be a bit cumbersome, this folding link lock comes with a nifty frame mount that allows you to attach it in place of a bottle cage.