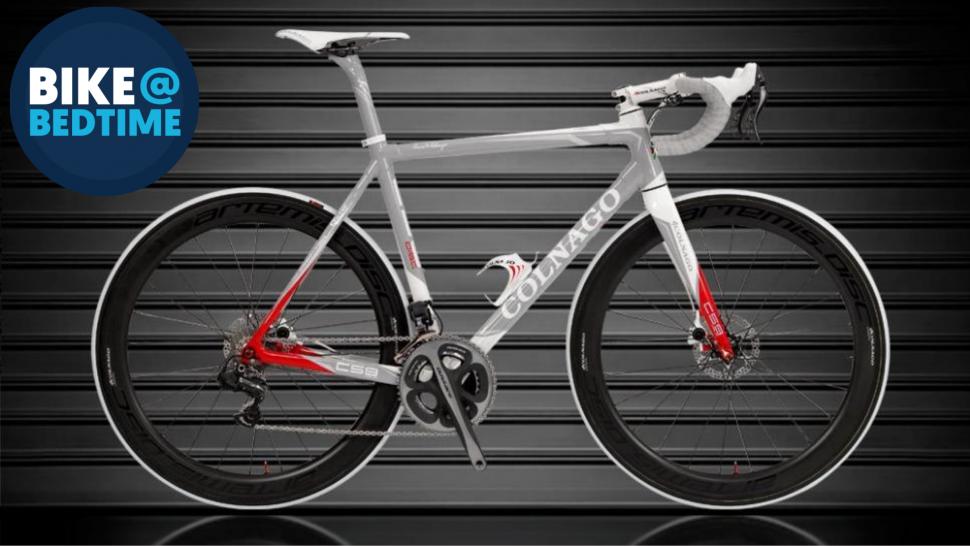 Bike at Bedtime: Colnago C59 Disc - the beginning of the end for rim brakes

You might consider Colnago to be a brand with traditional values but did you know that it was one of the first to bring hydraulic disc brakes to a performance road bike back in 2012? Fast forward a decade and hydraulic disc brakes are the norm on bikes of this kind, but the C59 Disc was in there right at the start. 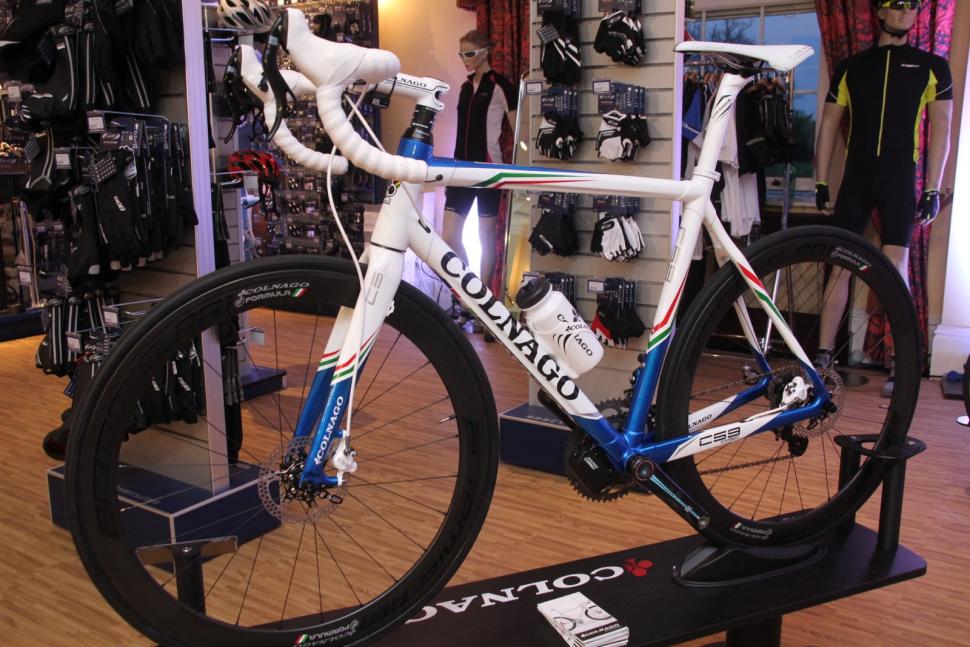 It was at the 2012 Taipei Show where the Colnago C59 Disc burst onto the scene and, as with any radical new tech, it garnered plenty of attention. However, little did we know that we were staring at the future.

The C59 Disc certainly wasn't the first road bike to feature disc brakes, but it was an important machine and represented the first card of many to be played by cycling's big brands. 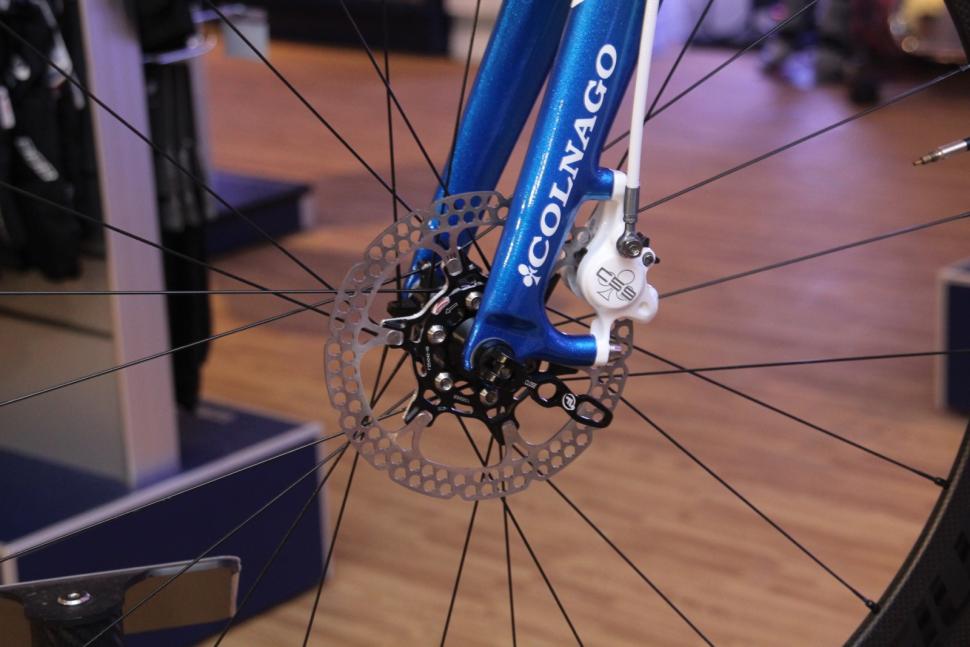 At the time there was no such thing as a complete hydraulic disc brake groupset for road bikes and so to overcome this Colnago got together with fellow Italian brand Formula. These hydraulic actubranded callipersded callipers were mounted to the frame using a post mount system rather than the flat mount standard that we most commonly see today. 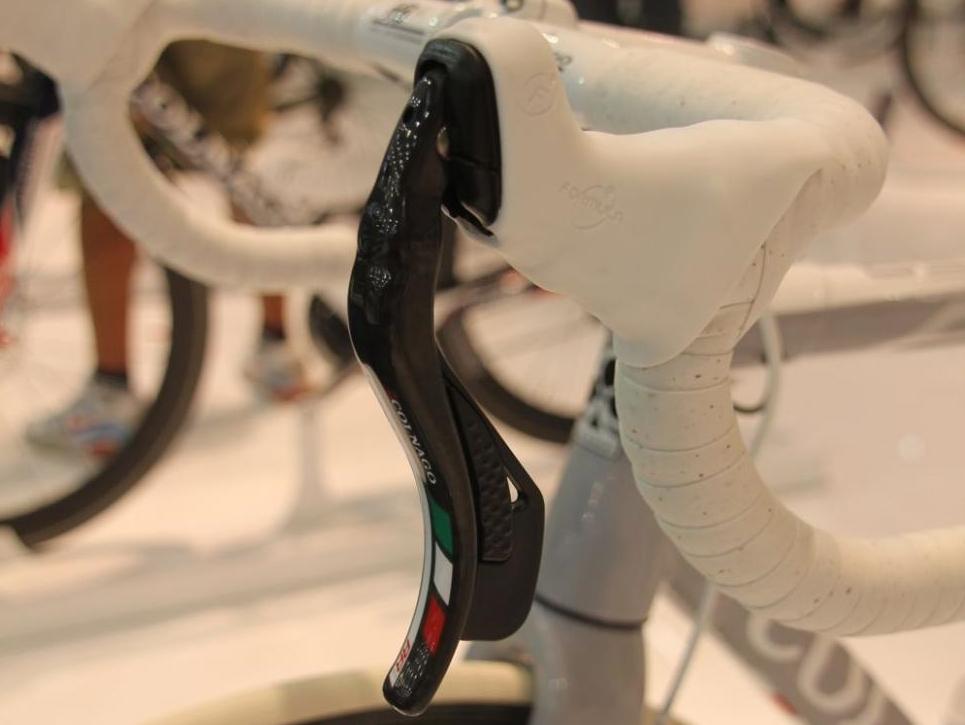 The remainder of the drivetrain came in the form of Shimano Dura-Ace R7900 generation Di2 but with Formula levers that were adapted to house the brake's master cylinder. This hydraulic fluir basically took up all the space that was previously used for mechanical shifting gubbins so, in a way, we have electronic shifting to thank for disc brakes. 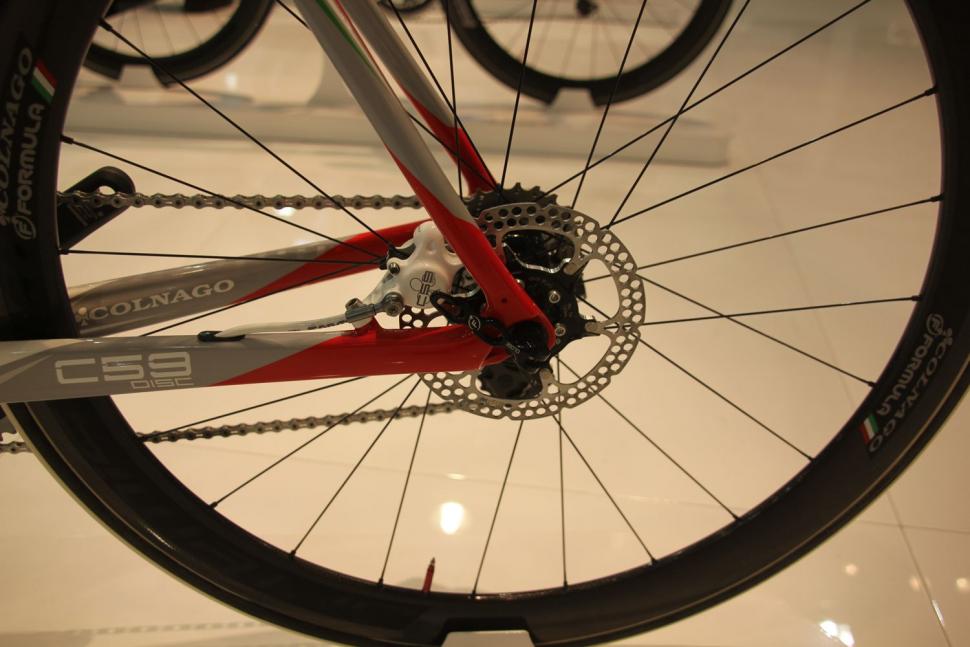 It's not just the groupset that had to be altered, the frameset also saw some changes from the rim-brake version. The fork was completely redesigned to prevent unwanted wheel ejection and the frame featured beefed-up chainstays to help it cope with the extra braking forces generated by the Formula discs.

Colnago must have done a pretty good job of beefing the C59 Disc because it was the bike that featured in Martyn Ashton's famous 'Road Bike Party' video on Youtube. Check out his bike in the gallery above...

All that extra strengthening plus the weight of the discs did have a downside though; in our First Ride review at Eurobike 2012 Vechiojo described the C59 as “big boned”. Top-level disc brake bikes, although still often heavier than their rim-brake counterparts, can usually meet the UCI's 6.8kg minimum weight limit for racing these days. 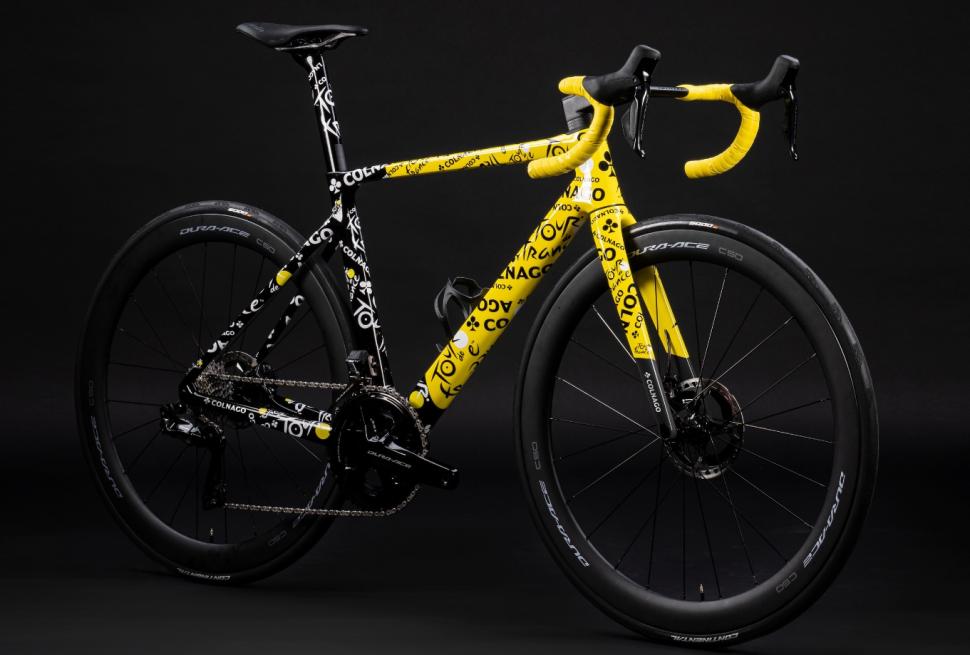 Since 2012 Colnago have refined their disc brake bikes. There's the beautiful C68 Disc that Tadej Pogacar rode to victory at the 2021 Tour de France, for example, and their latest creation, currently referred to as the 'Prototipo', which he rode to second place at this year's race. But they both owe a lot to the Colnago C59 Disc.

Do you think the Colnago C59 Disc is one of the most iconic bikes of the century so far? Let us know in the comments below...