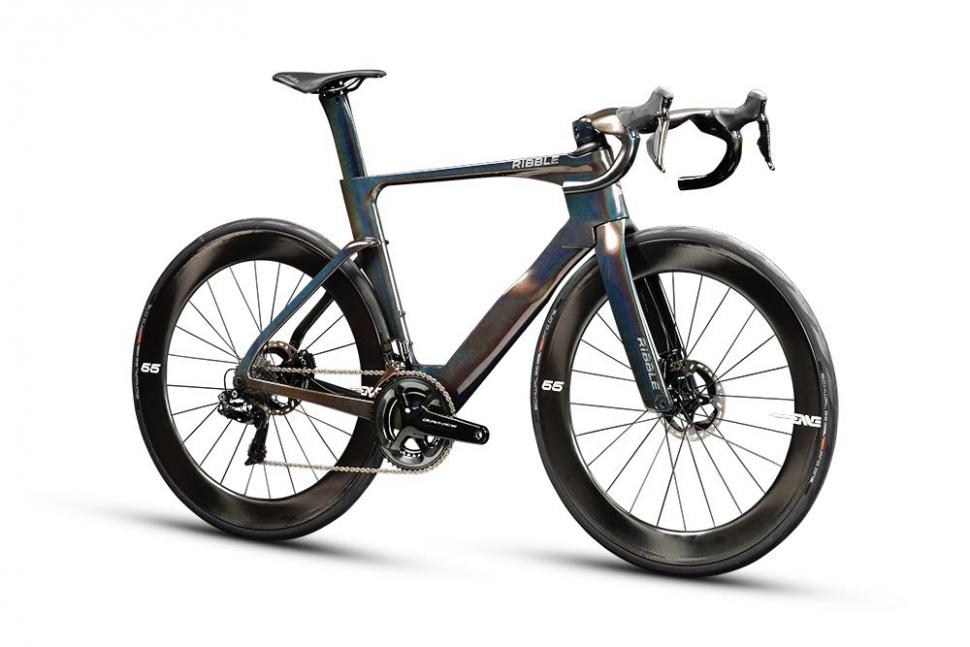 Ribble Cycles brought us one of the most eye-catching launches of 2021 with its new Ultra aero road bike. As well as a radical frameset that earned it the name Bat Bike during development, it comes with an innovative handlebar and some big aero claims.

Ribble says that all areas of the frame, fork, seatpost and handlebar were aerodynamically optimised with special attention paid to the integration of components. 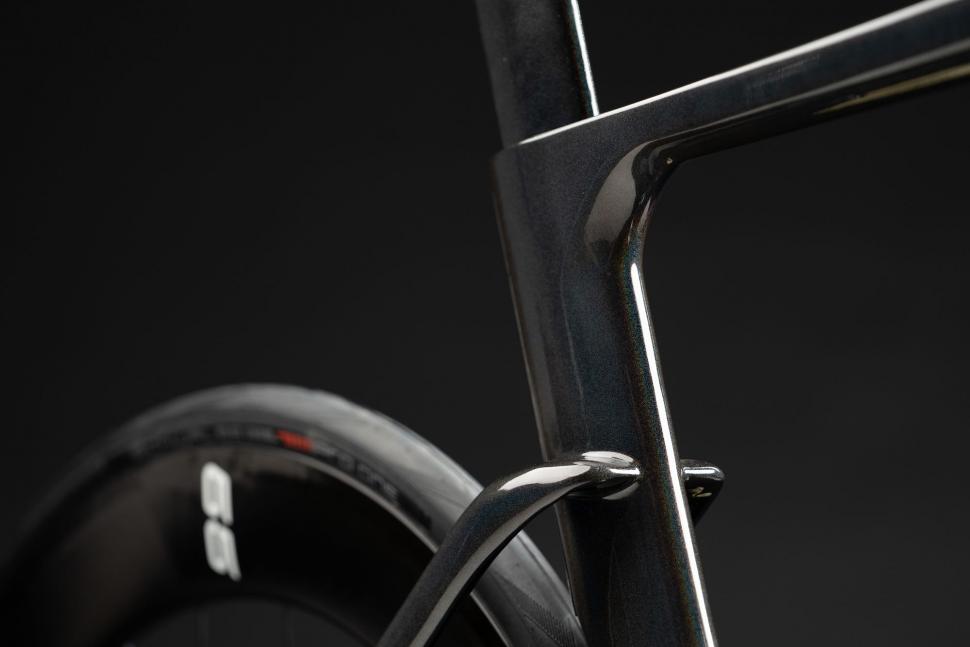 The frameset features numerous truncated aerofoil tube profiles; airfoils with their tails chopped off, essentially – a principle you'll see followed on bikes from many rival brands.

Ribble says that it experimented with each tube’s chord (the widest part of the profile), moving it backwards and forwards to get the lowest drag across a sweep of yaw angles (the apparent wind – a combination of the bike/rider speed and direction, and the speed/direction of the wind).

The designers also looked at the width of the truncated trailing edge and the stability of each profile in crosswinds. 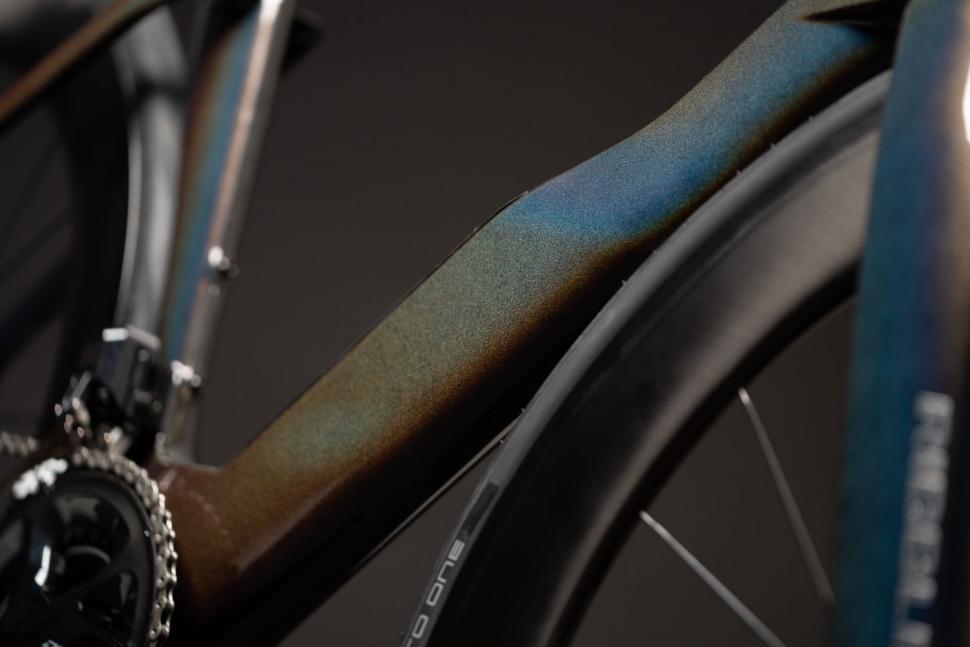 The lower section of the down tube, for instance, is a truncated airfoil with very flat sides. It’s optimised for use with a standard water bottle in place, the bottle finishing off the profile. 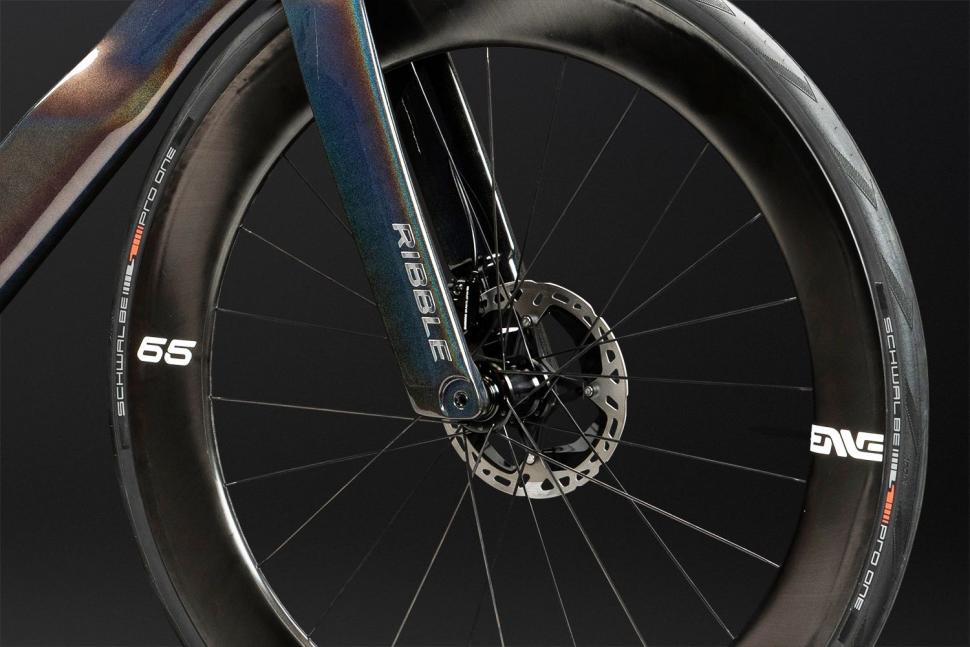 The fork legs go straight up from the dropouts, heading inwards only right at the top, while the disc brake calliper is hidden behind the fork blade so there’s clean airflow there. 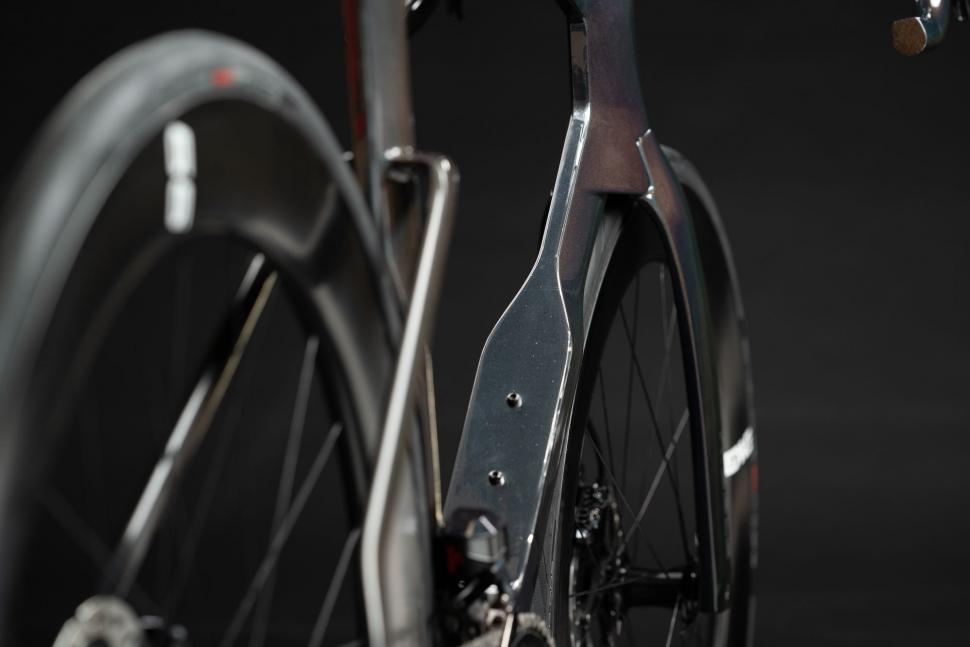 Out at the back, the seatstays are positioned directly behind those fork blades so that they sit in their wake. 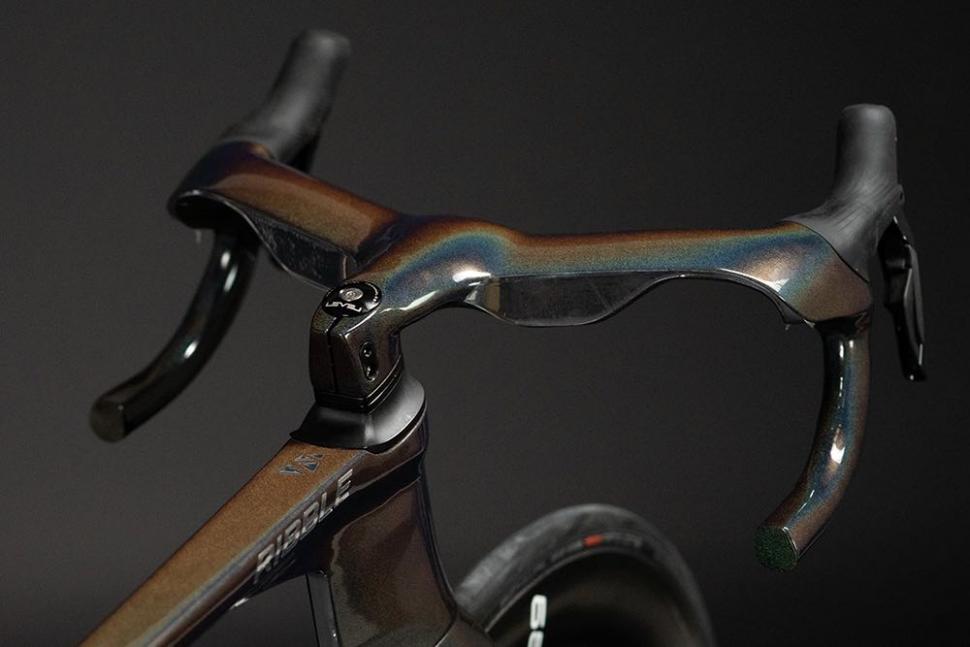 One of the most innovative features of the Ultra is its combined handlebar and stem. Ribble has come up with a new way of attaching the levers, eliminating the use of a conventional band mount. Instead, each lever is attached using a removable and adjustable plate. The plate is accessible via a cavity at the rear of the bar that allows the lever position to be adjusted. 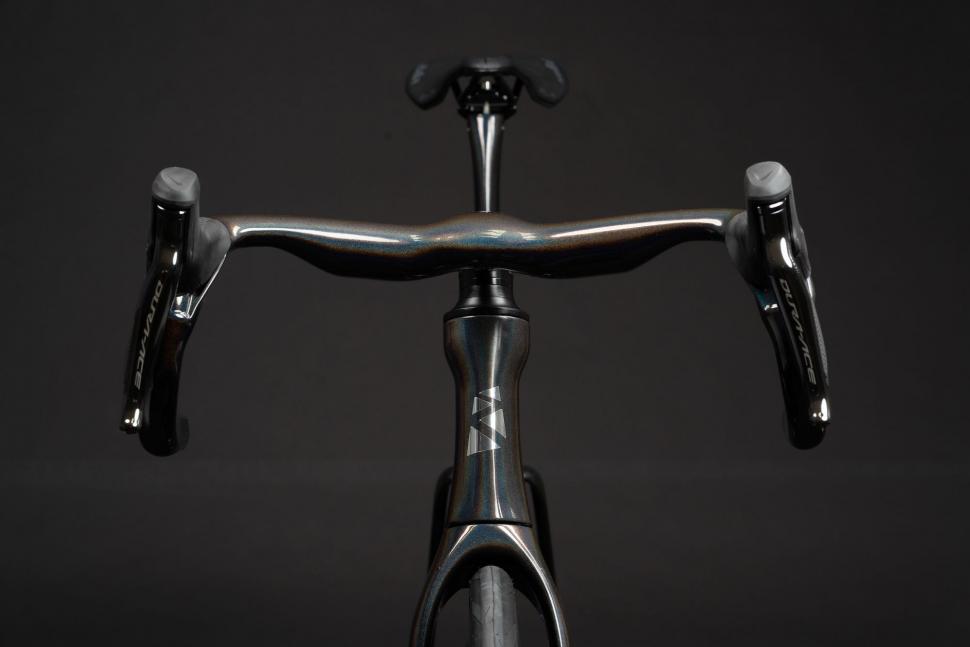 The new design gives Ribble more scope for altering the shape of the drop section and the transition between the tops and the drops.

One other key feature of the Ultra bar is the bulge on the top section that’s designed to generate a wake. In other words, it is intended to create an area of reduced drag for the rider to sit in. The fact that the bar is narrow means further aero gains. 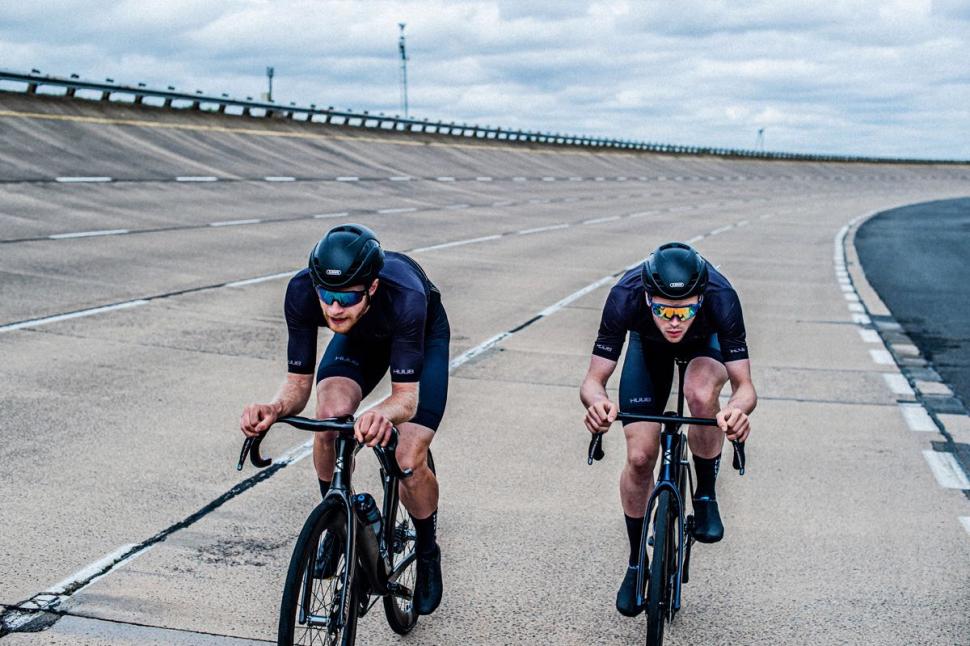 Although Ribble doesn’t offer figures for the aero performance of the Ultra compared with models from other brands, it says that with a standard handlebar (as opposed to the new bar) fitted it is 54.9 seconds faster than its Endurance over 25 miles at 22mph (obviously, any bike moving at 22mph will cover 25 miles in the same time as any other bike moving at 22mph; bike brands calculate the wattage saved at a particular speed and convert that to a time saving). This is with a rider onboard.

Ribble says that with the Ultra’s new handlebar fitted, there’s a saving of 75.05 seconds over the Ribble Endurance with a standard handlebar of the same width at 22mph (obviously, the point made above about the time savings of bikes moving at particular speeds applies here too).

Many other builds are available and customisation is possible through Ribble’s online Bike Builder tool.