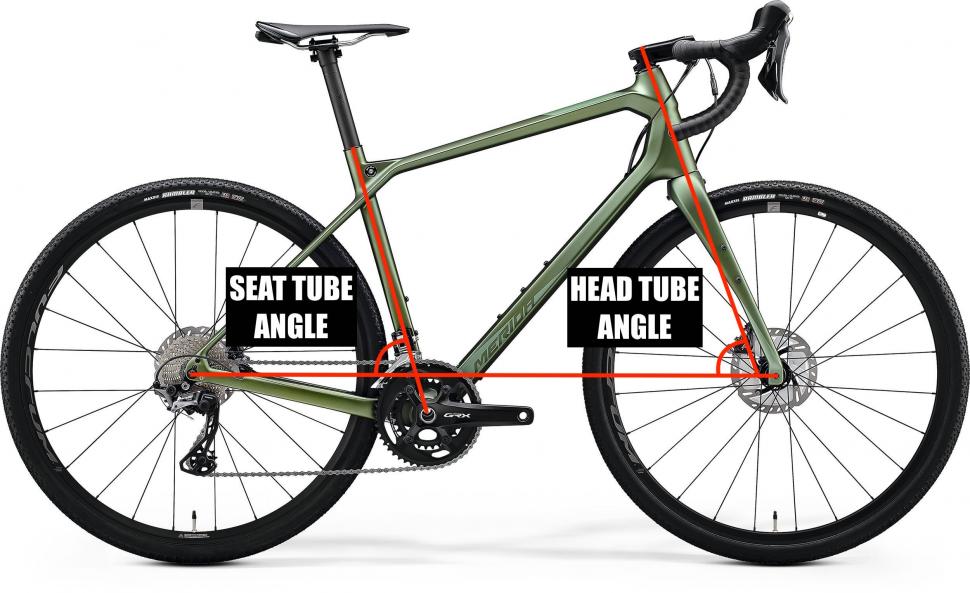 If you ever read reviews or scour brands' websites looking at new bikes you'll have come across references to frame angles and trail, but what difference do they make to a particular model's character and behaviour?

Here's how to make sense of them...

A bike's seat tube angle – often called 'seat angle' – is simply the angle between the horizontal and a line that starts at the bottom bracket and goes up through the seat tube. 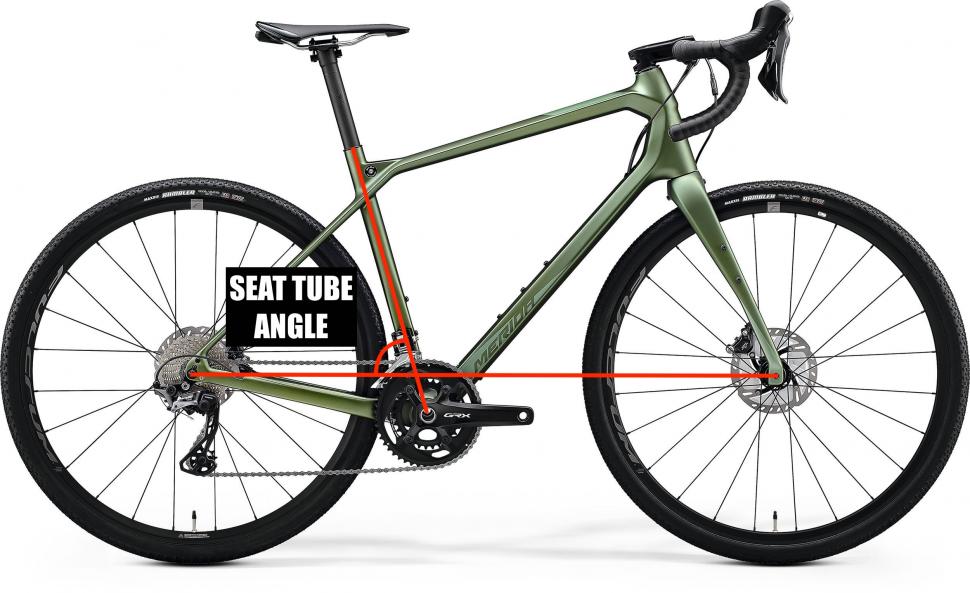 Like stack and reach, seat tube angle refers solely to the frame. It doesn't take into account a seatpost's layback (the position of the clamp in relation to the centre of the seatpost) or whether the saddle is pushed forward or backward on its rails. These factors, along with the amount of seatpost extending out of the frame, mean that saddle position can differ significantly between bikes with exactly the same seat tube angle.

What are stack and reach and why are they important?

The seat tube angle influences but does not define saddle setback, which is the horizontal distance between the front of the saddle and the centre of the bottom bracket. 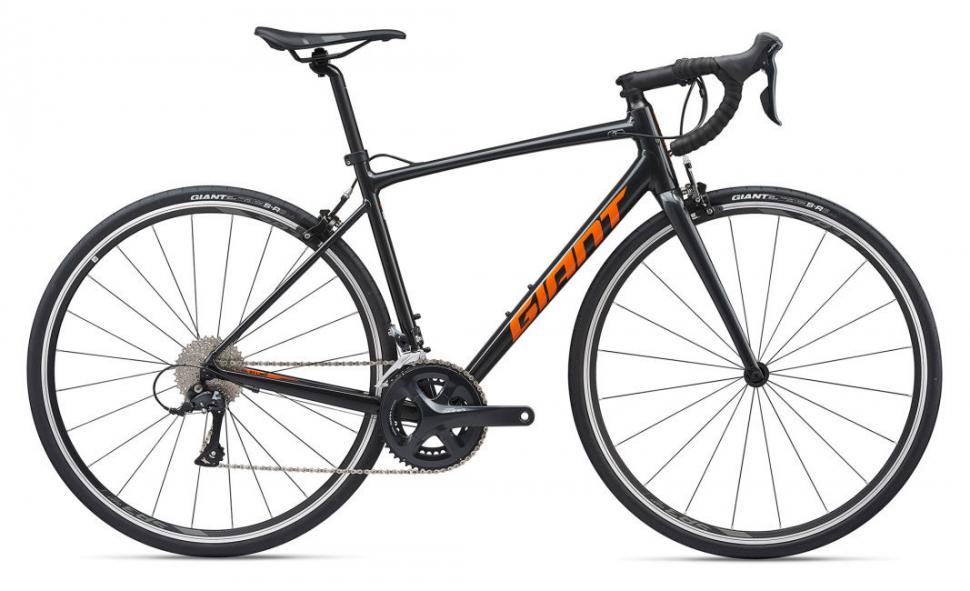 Giant's Contend is fairly typical of road bikes in having seat tube angles of 72.5° to 74°, depending on the frame size. 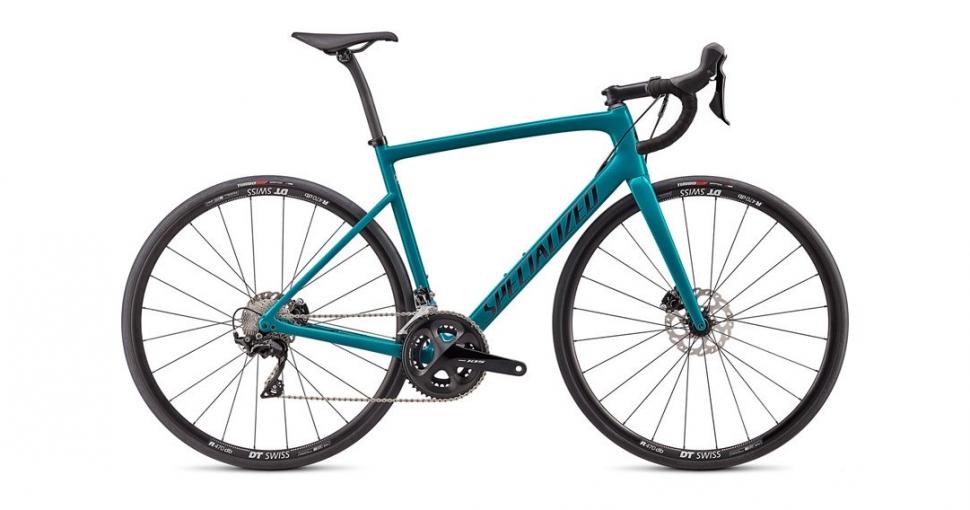 Most of Specialized's Tarmac frames have seat tube angles from 73° to 74°, although the very small 44cm model has an unusually steep seat tube angle of 76° which moves the saddle closer to the handlebar for less of a stretch.

A steep seat tube angle allows racers (and anyone else who wants to ride fast) to achieve a flat-backed position for aerodynamic efficiency with a more open hip angle than would otherwise be the case. Too tight a hip angle can be uncomfortable and restrict both breathing and power. 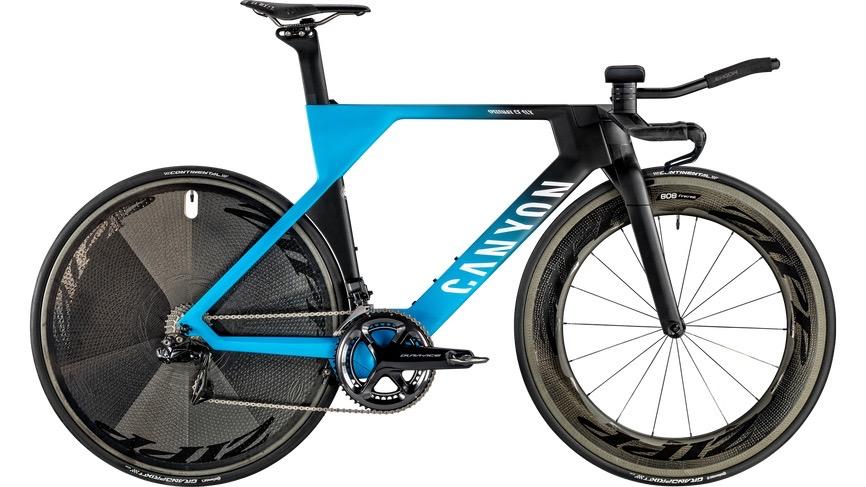 Time trial and triathlon bikes tend to have very steep seat tube angles for similar reasons. Canyon's Speedmax, for instance, has a seat tube angle of 80.5° across all sizes, and a seatpost with an adjustable clamp that allows you to push the saddle even further forward.

Head tube angle – often shortened to 'head angle' – is measured from the horizontal to a line running down the centre of the fork steerer tube. 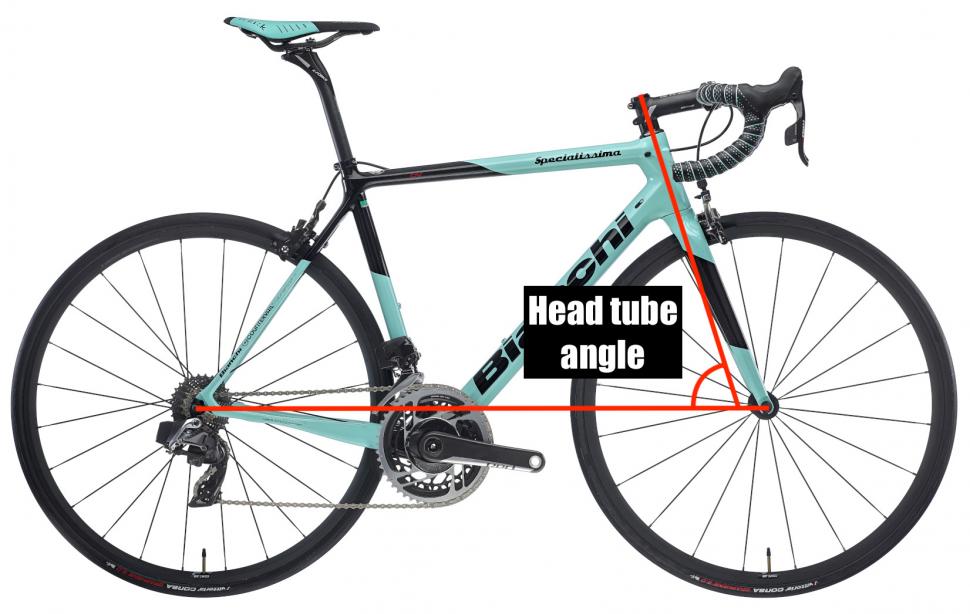 All other things being equal, a slacker head tube angle (a smaller number) will move the front wheel further forward and lengthen the wheelbase (the horizontal distance between the front and rear hubs) and the front-centre (the horizontal distance from the centre of the bottom bracket to the front hub). The alternative is for a bike designer to fix the wheelbase at a set measurement and then a slacker head tube angle will shorten the top tube.

At the risk of insulting your intelligence, the fact that the head tube is angled rather than perpendicular means that adding headset spacers moves your handlebar horizontally as well as vertically.

Say your road bike has a 73° head tube angle and you add 25mm of headset spacers. As well as lifting your handlebar vertically about 24mm, this will move it about 7mm horizontally towards the saddle.

Head tube angle also influences trail. This is the distance that the centre of the front tyre's contact patch trails behind the point where the bike's steering axis (the fork steerer tube) intersects with the ground. It sounds more complicated than it is! 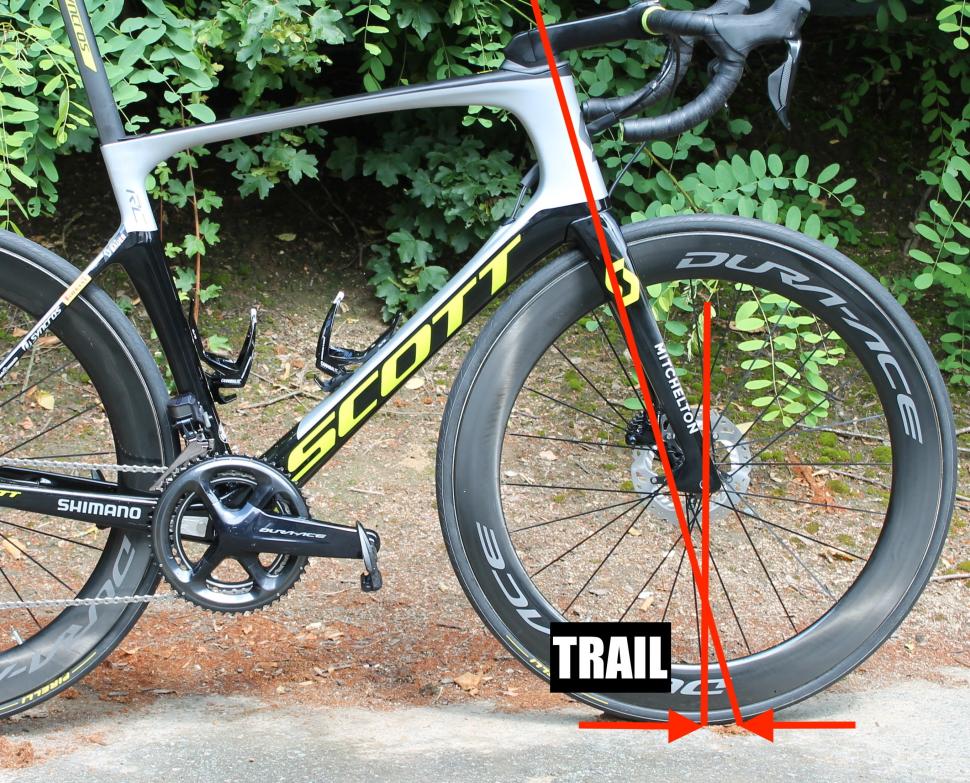 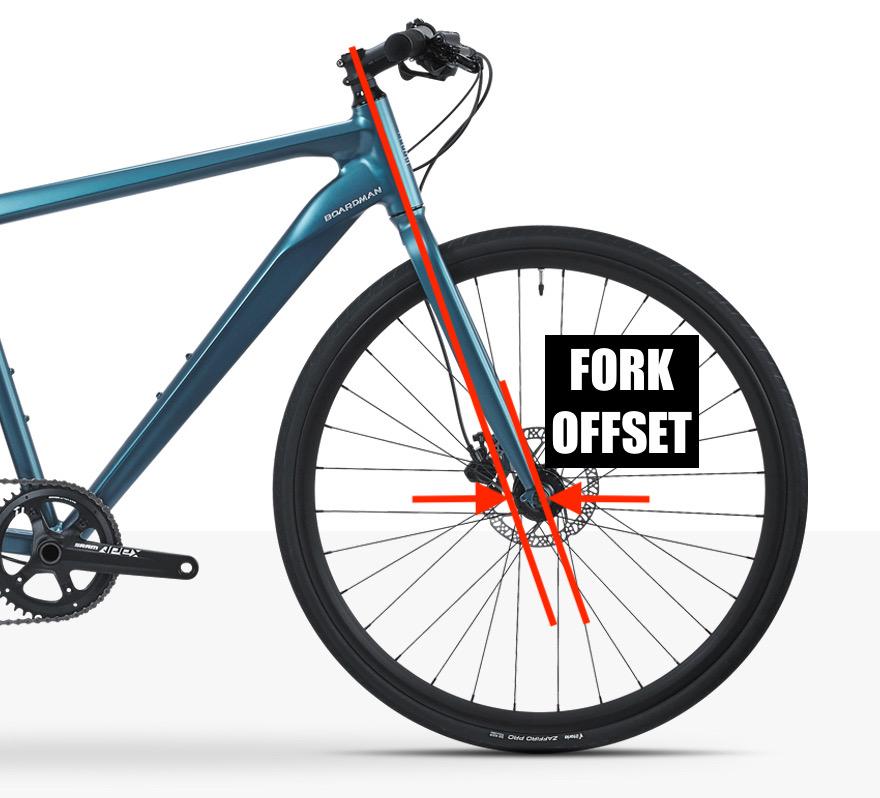 Many bike brands list trail (but not mechanical trail – the perpendicular distance between the steering axis and the front tyre's contact patch – which would be more informative).

As a rule, more trail results in more stable steering and a greater ability to hold a line on rougher terrain.

Less trail makes for a bike that steers more sharply, but too little can result in a twitchy feel.

Let's look at examples from a couple of brands... 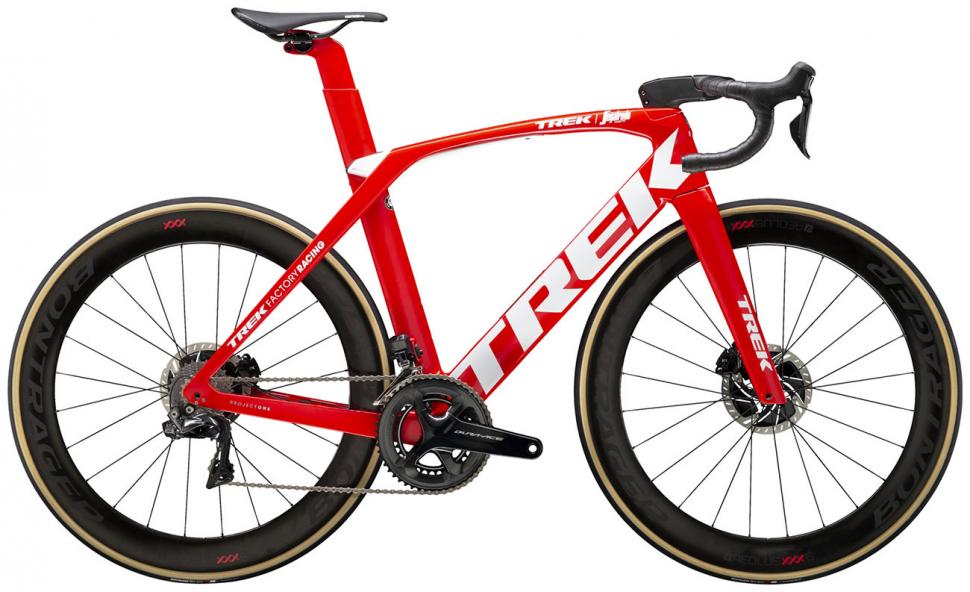 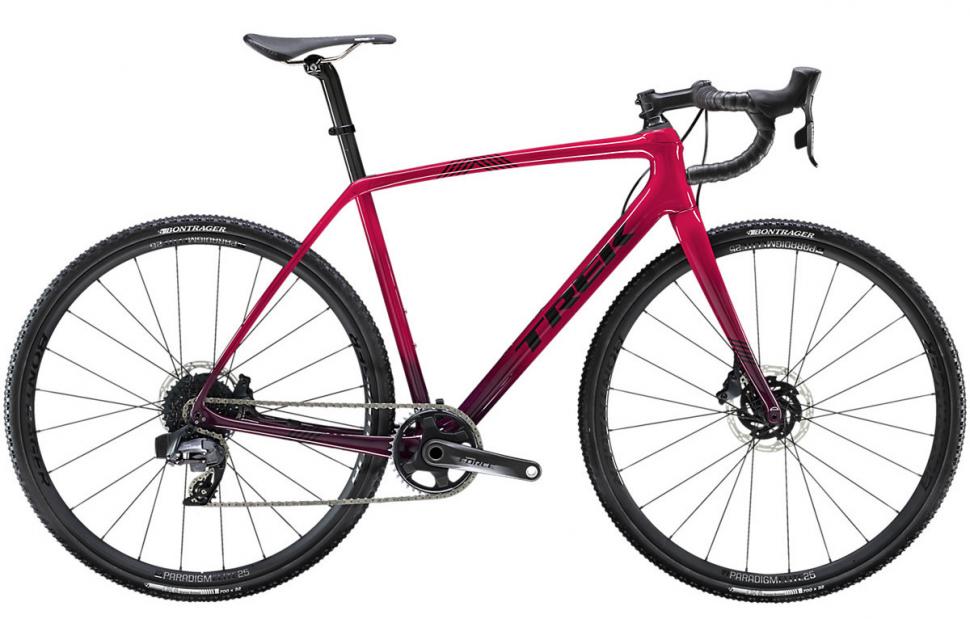 In contrast, Trek's Boone cyclocross bike has a slacker head tube angle of 72°, a 45mm fork offset and a much higher trail of 67mm.

The idea is that the Madone offers the quick, agile steering required in road racing while the Boone's higher trail will help keep the steering straighter on the rough terrain you'll encounter when riding cyclocross. 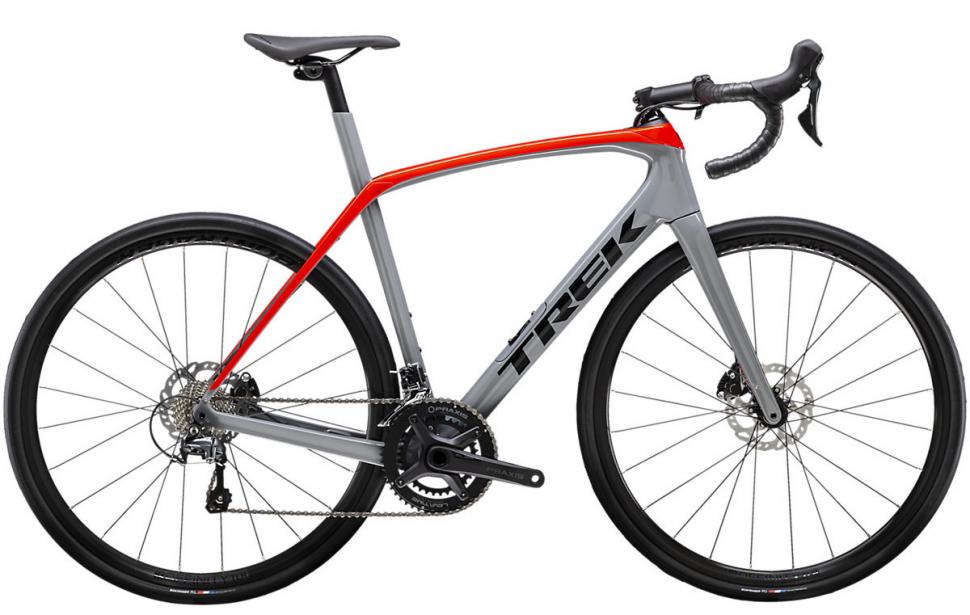 The Domane, the endurance road bike in Trek's range, has a slack head tube angle too – 71.9° – a 48mm fork offset and 61mm of trail. It is designed to offer more stability than the Madone. 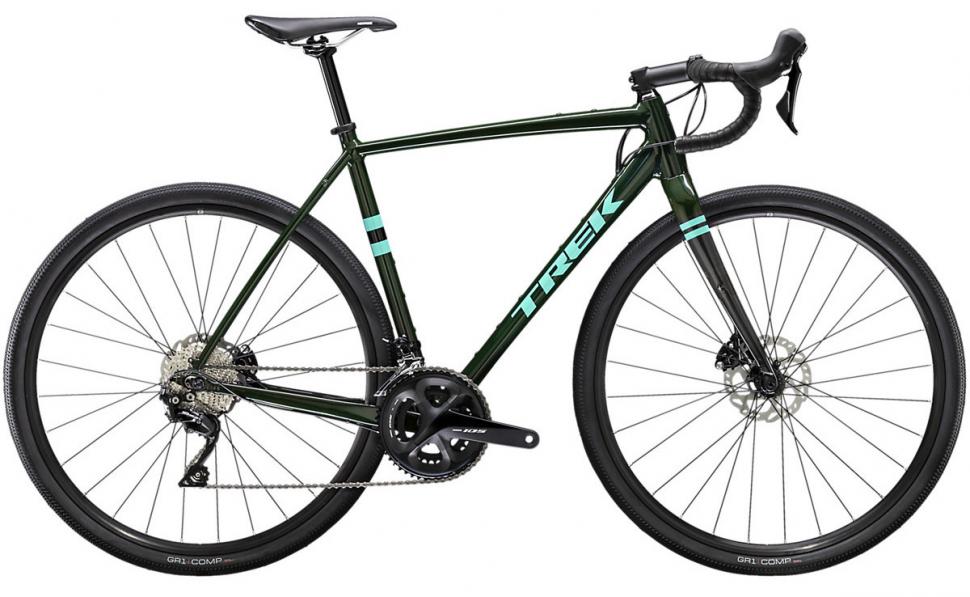 Trek's Checkpoint gravel bike – designed for surfaces that are rougher than tarmac but not as extreme as you find in cyclocross – has a 72.2° head tube angle, a 49mm fork offset and a 61mm trail, each figure sitting between those of the Madone road bike and the Boone cyclocross bike. 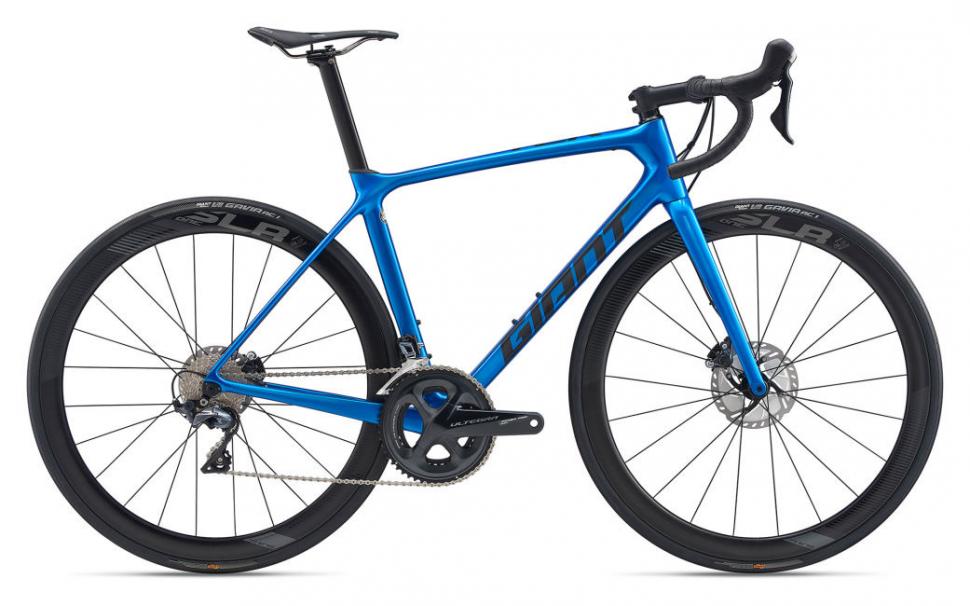 It's a similar story over at Giant. The TCR Advanced road race bike (we'll go with ML sizing for Giant) has a 73° head tube angle, a 45mm fork offset and 57mm of trail. 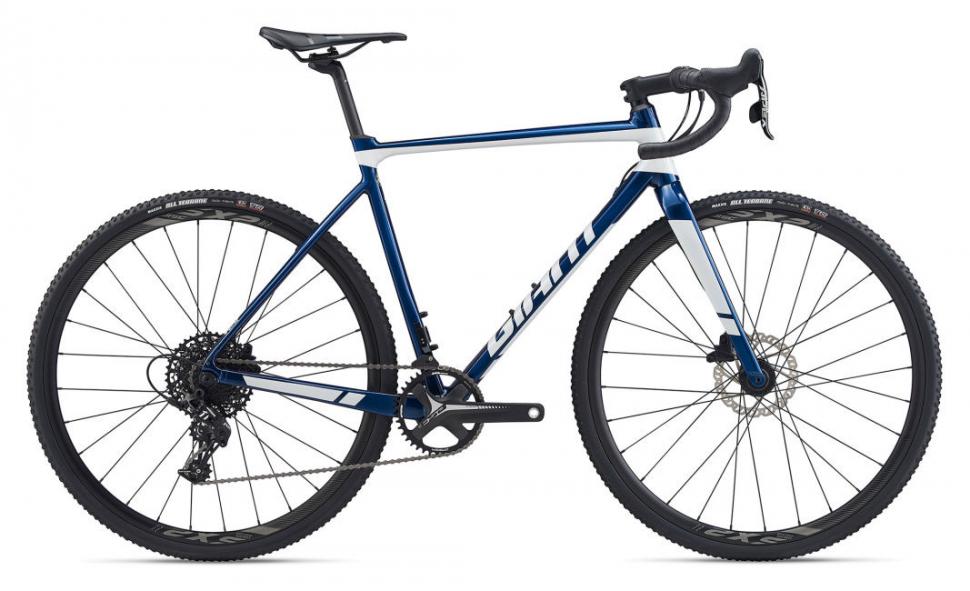 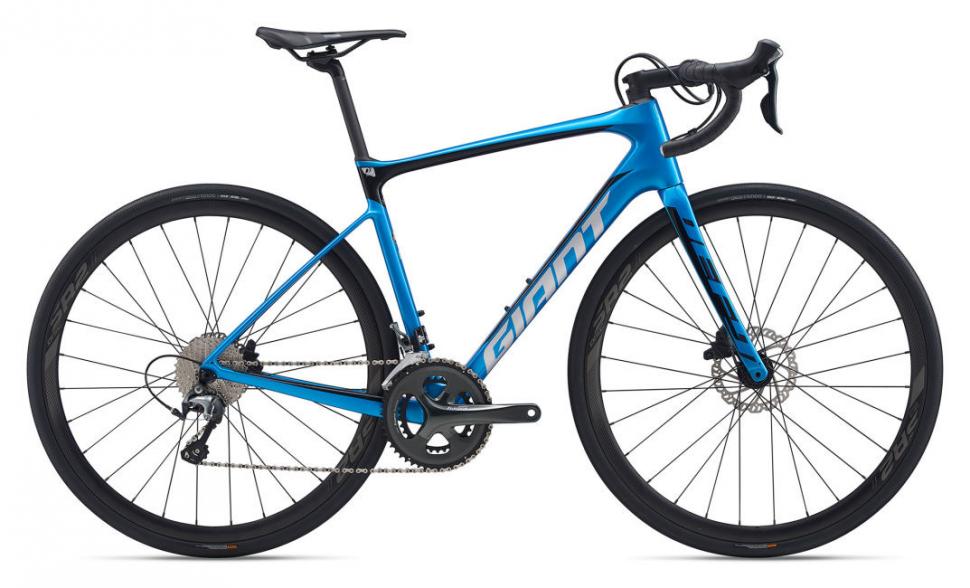 The Defy Advanced endurance road bike sits between the two with a 72.5° head tube angle, 50mm of fork offset (the same as the TCX) and 58mm of trail. 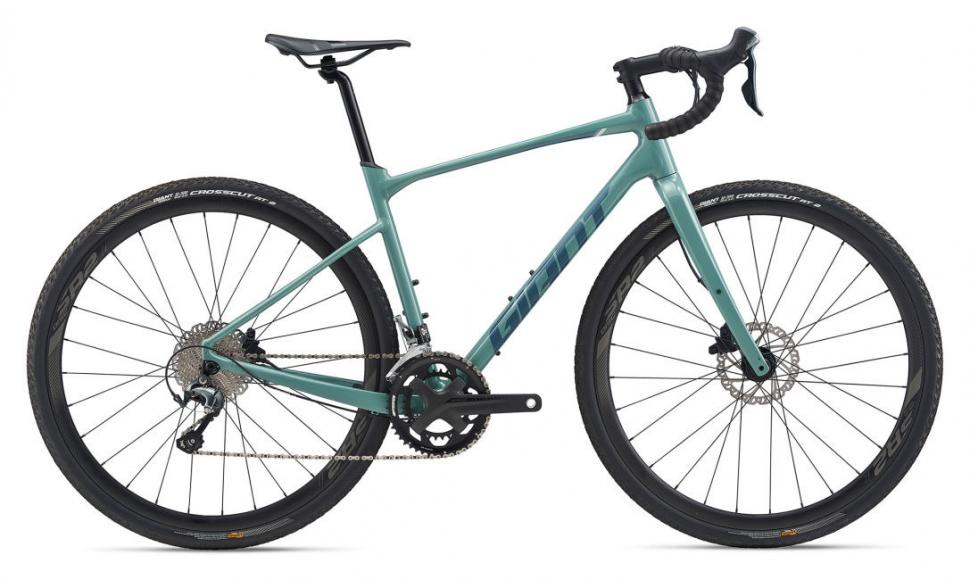 Giant goes with a very slack 71° head tube angle on its Revolt gravel bike, 50mm of fork offset and a whopping (for a bike of this type) 71.6mm of trail.

It's worth pointing out again that bike designers sometimes have to increase trail on smaller bikes to prevent toe overlap with the front wheel. The 44cm version of Specialized's Tarmac road bike, for example, has 71mm of trail compared with 55mm on the 56cm model.

Head tube angle and trail alone don't determine how a bike steers. There are many other factors involved, including stem length, handlebar type/dimensions, wheelbase, your weight distribution and the tyres used (particularly important at the moment with brands speccing ever larger tyres on road frames). We'll cover these in future features. Head tube angle and trail are helpful, though, in giving you an indication of a bike's character and how it is likely to handle.

Thanks to Dom Mason of Mason Progressive Cycles for giving this feature a quick once-over prior to publication. Any errors are road.cc's own.