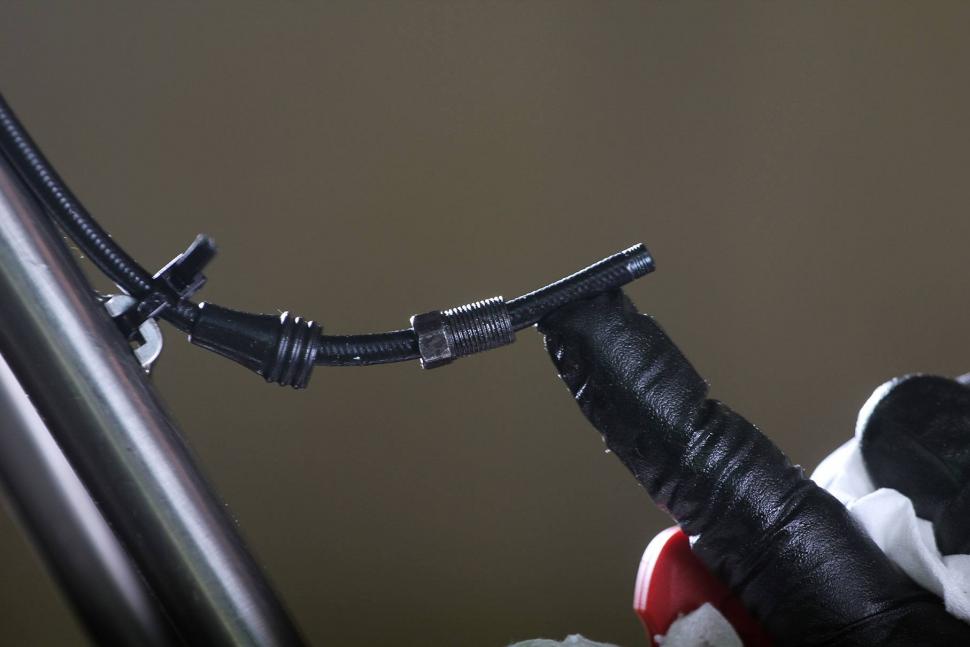 Hydraulic hoses too long? Tidy them up with a trim
by Justin Loretz

With more road bikes now being fitted with hydraulic disc brakes, sooner or later you're going to need to trim one to length or understand how to disconnect and reconnect one if you're also using internally routed hoses and cables. It's really no more complicated than looking after traditional wire cable brakes. Here's how. 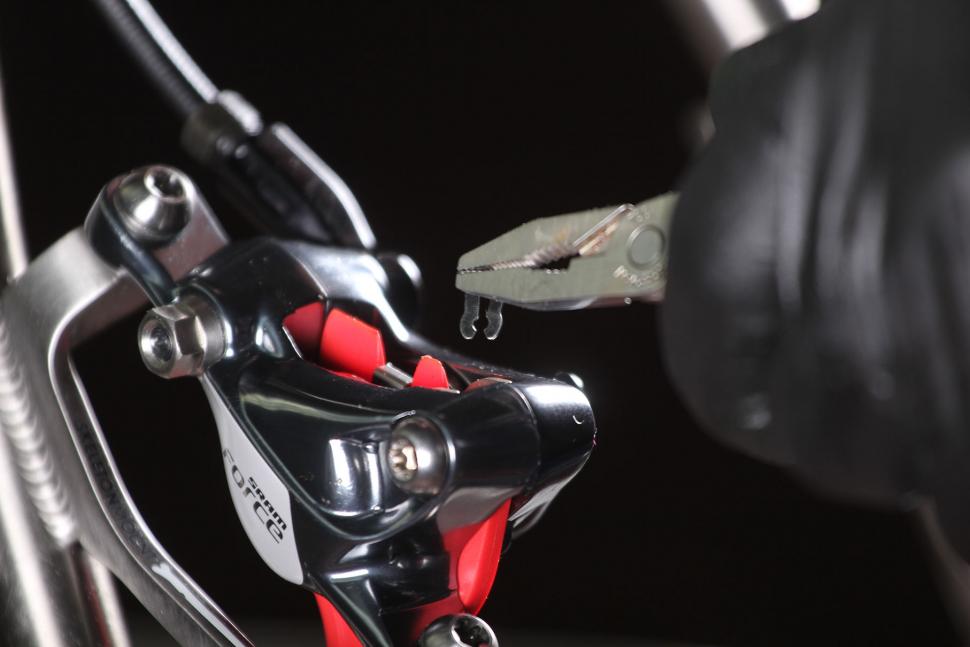 1 Remove the safety circlip. You might need some small pliers for this. Be aware that if you prise it off, circlips have a habit of heading directly under the fridge, succumbing to Stevenson's Law of Fridge Suck. 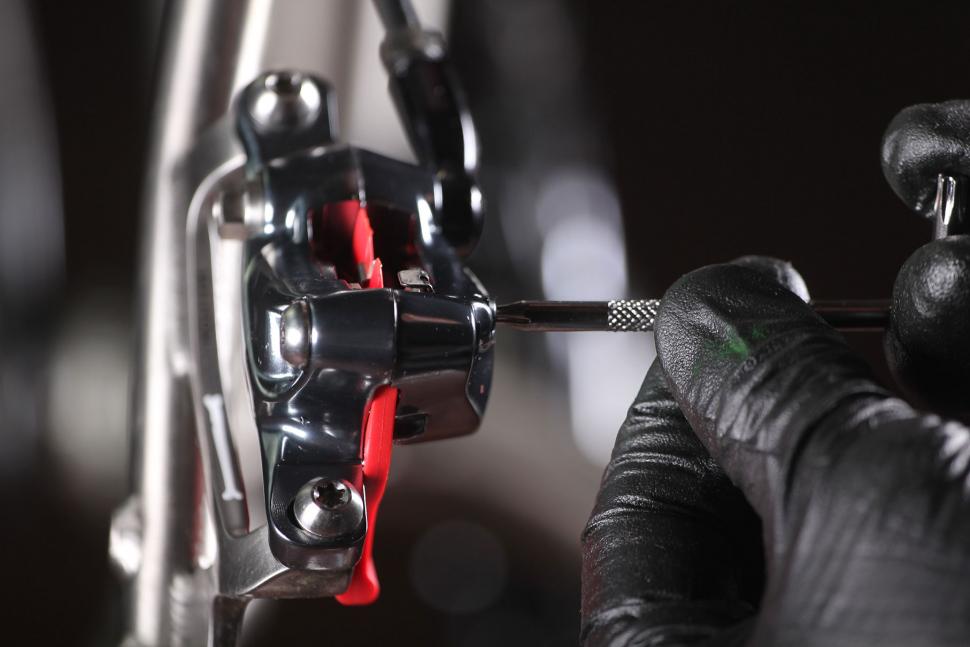 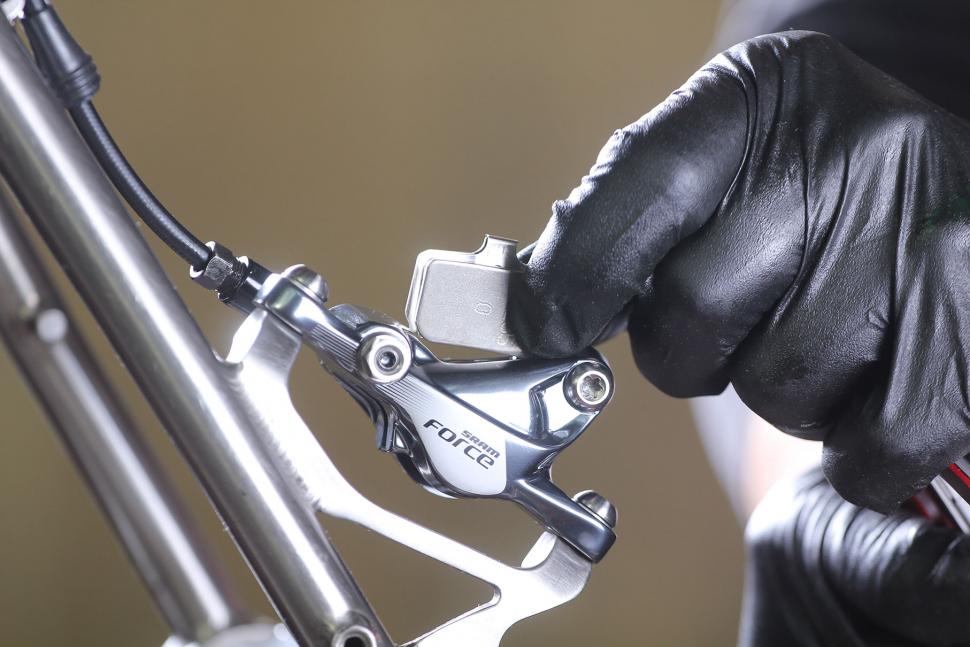 3 Remove the brake pads and their carrier spring. Put these somewhere well away from the bike as contamination with brake fluid kills brake pads rendering them ineffective. 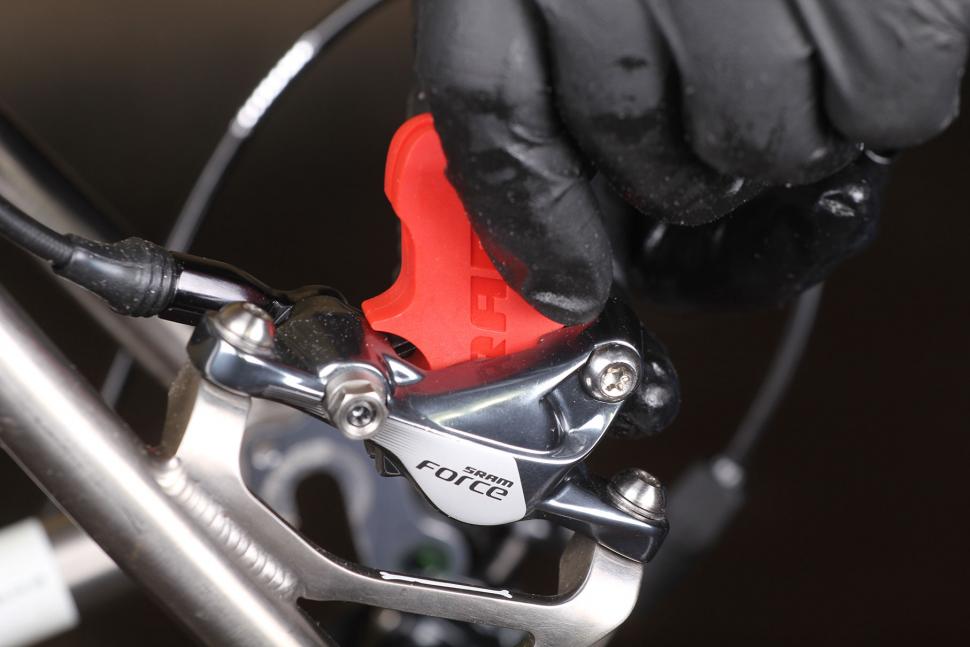 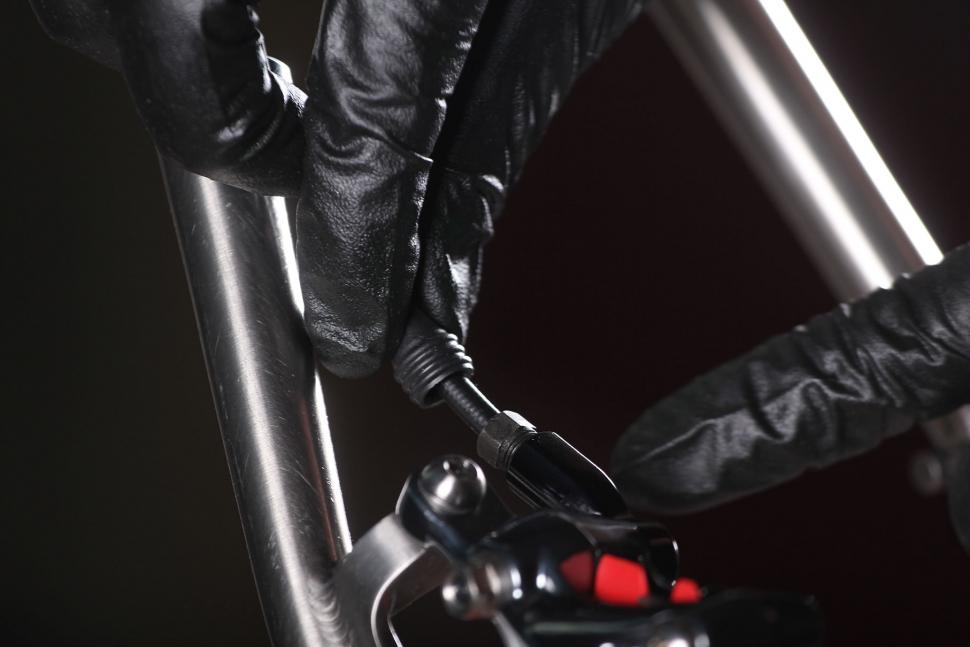 5 Slide the small rubber hood that covers the hose lock nut up the hose, away from the lock nut. 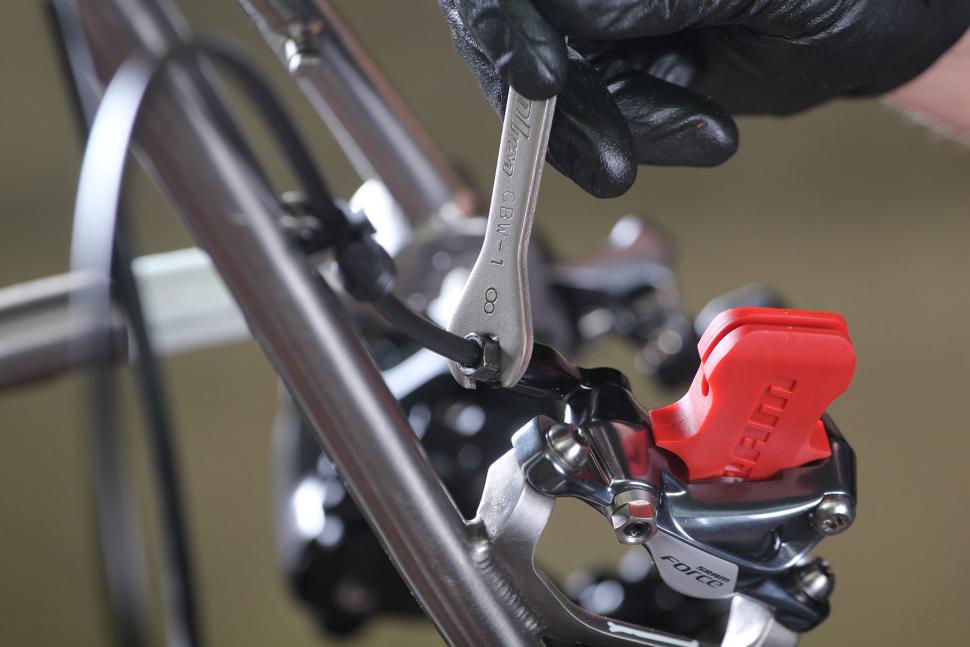 6 Undo the hose lock nut with an 8mm open ended spanner. These can be quite stiff when new. The thread is fine and once the nut loosens you should be able to undo it with your fingers. 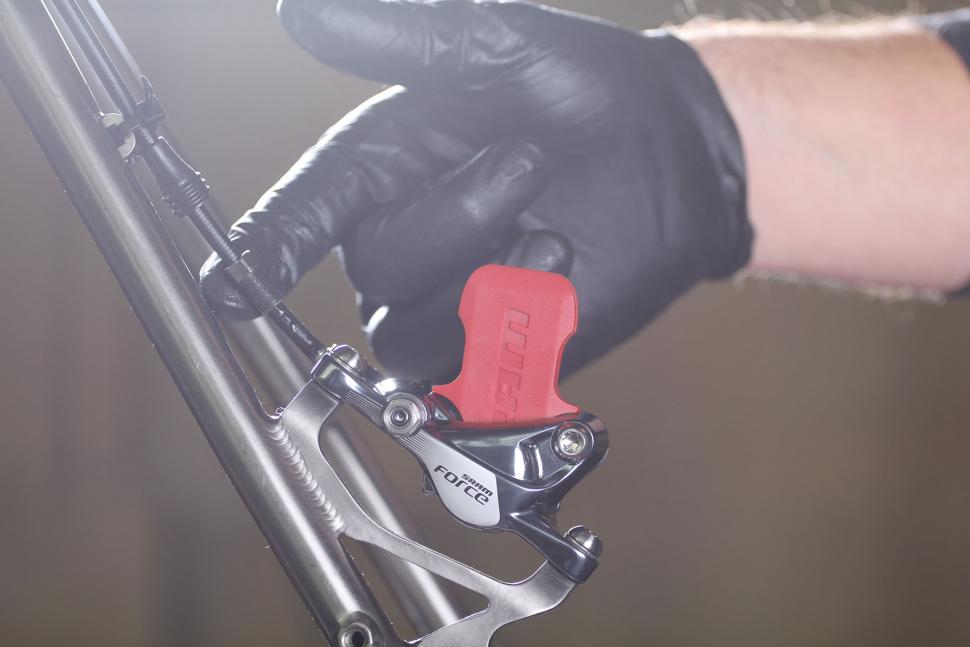 7 Slide the lock nut up the hose out of the way. We're going to be reusing it. 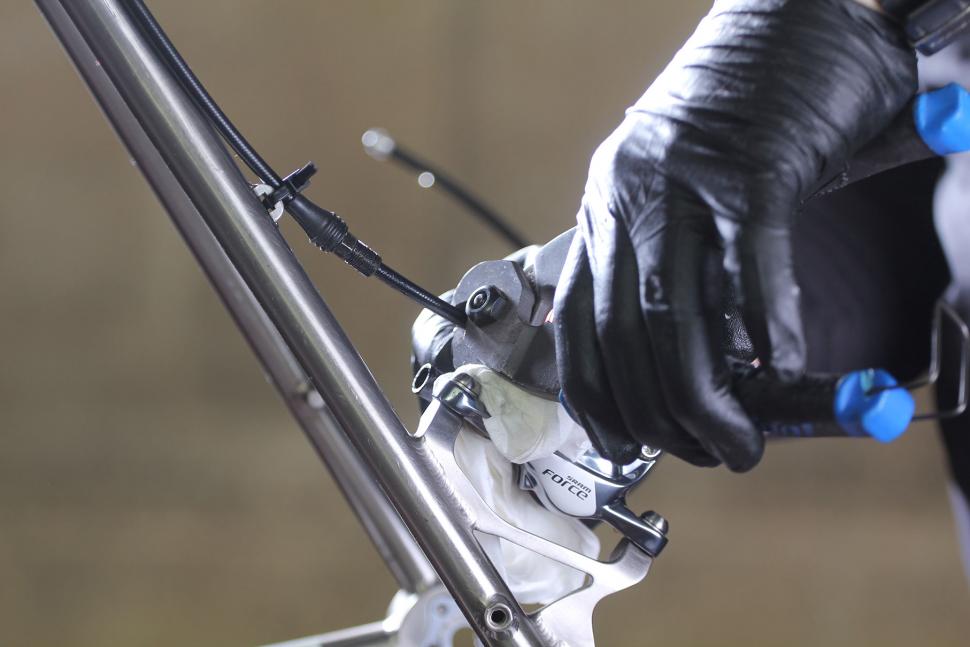 8 Mark the hose and make the cut after you've measured, checked and re-measured the length you're looking for. It is essential that the cut is clean and precise. These Park Tools cable cutters do the job brilliantly, thanks to their sharp jaws and wide opening. There are specific hose cutters available too; they're not expensive and worth adding to the workshop. 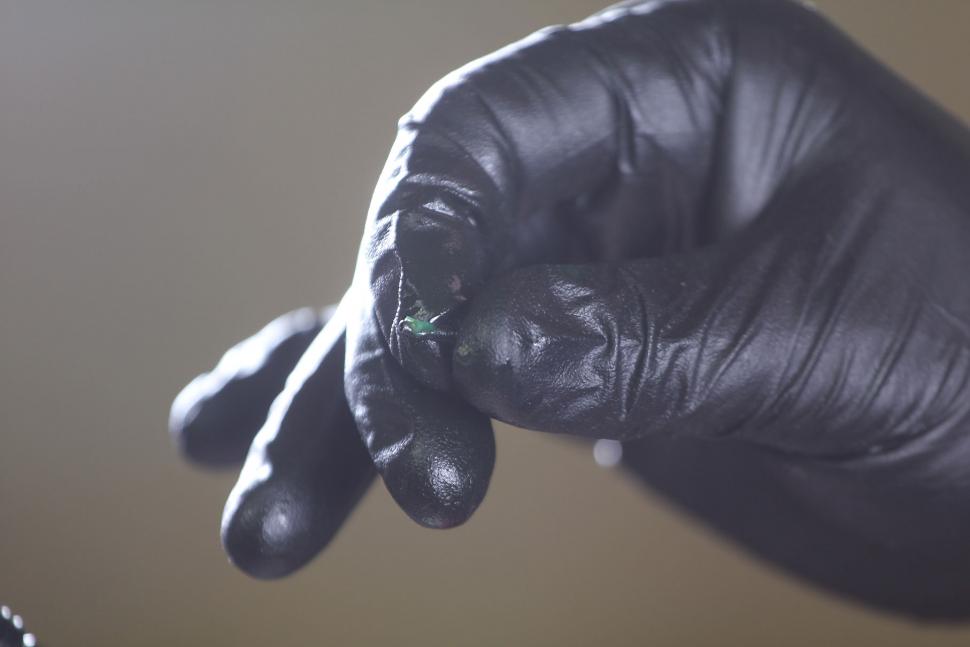 9 You're going to need a replacement hose barb. This is the hollow tube with a barbed exterior, it forms the flat union between the hose end and the calliper. They're often fitted dry, though SRAM recommend a dab of light grease, so as this is a SRAM brake, we're greasing this one. 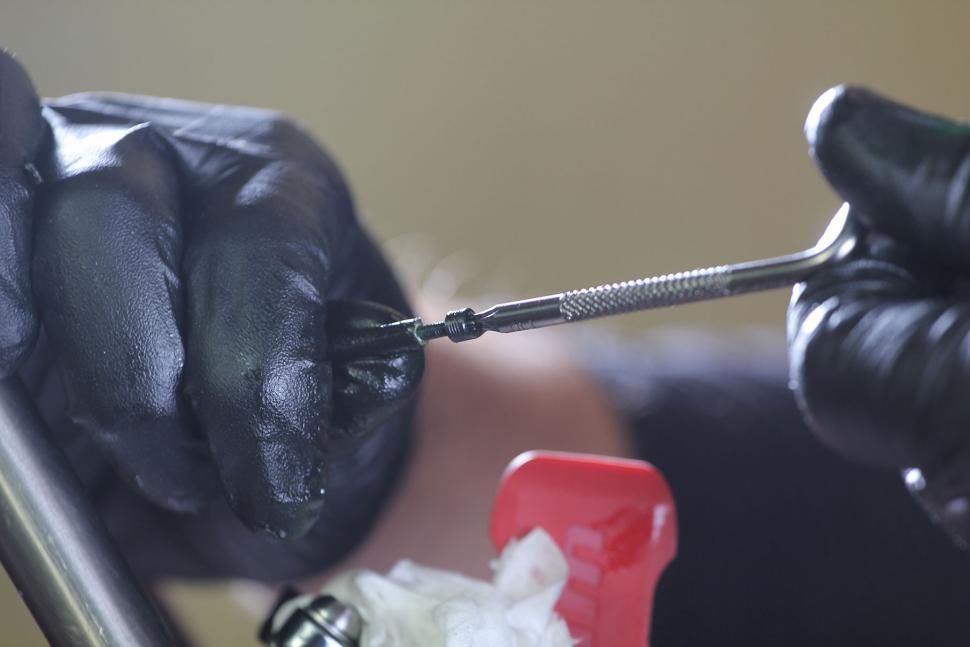 10 Fit the hose babr. SRAM thread their replacement barbs, meaning they screw into the end of the hose, which is much, much easier to do than the Shimano style barbs which have to be driven in.

11 With the boot slid back, the hose lock nut ready and the new hose barb fitted the trimmed hose will look like this. It's not ready for be refitted yet as it requires a new olive to form the seal between the hose assembly and the calliper. 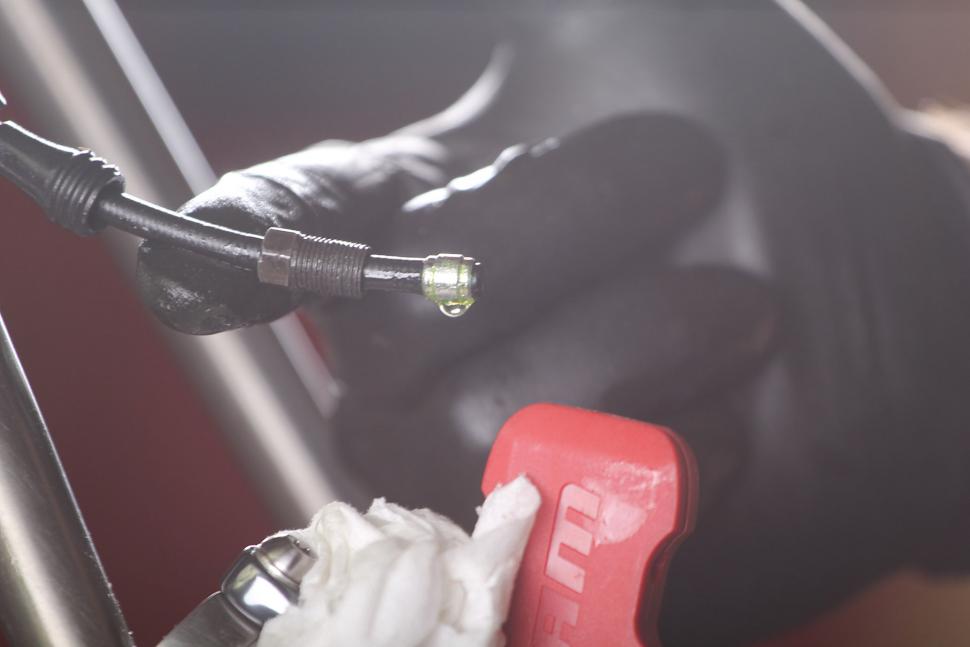 12 Fit the olive. It's a soft metal ring and should slide fairly easily on to the hose end. The act of tightening the locknut down on top of it will squeeze it tightly on to the hose and render them a single item. Olives can't be reused, so don't try. A drop or two of brake fluid escaping isn't a problem, usually you can shorten a hose without a full re-bleed of the fluid. 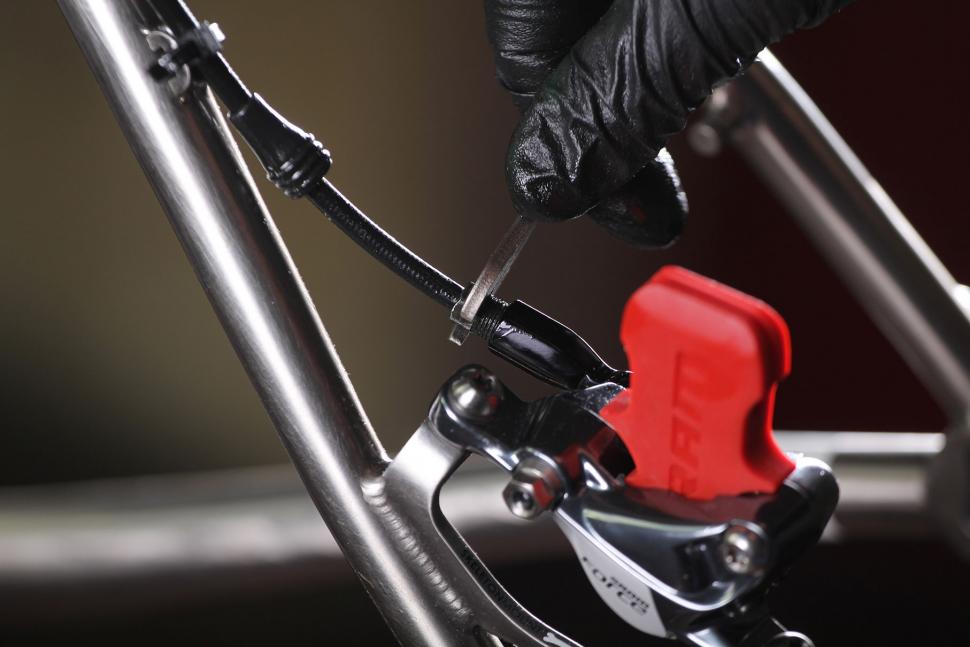 13 Add a small amount of grease to the thread of the lock nut and insert the end of the hose back into the calliper. Push the hose fully in, while turning the lock nut by hand. When you can 't screw it in any further, use the 8mm spanner. It needs to be fairly tight as it needs to stop leaks and also prevent the hose from pulling out in case of a hose snagging on something. 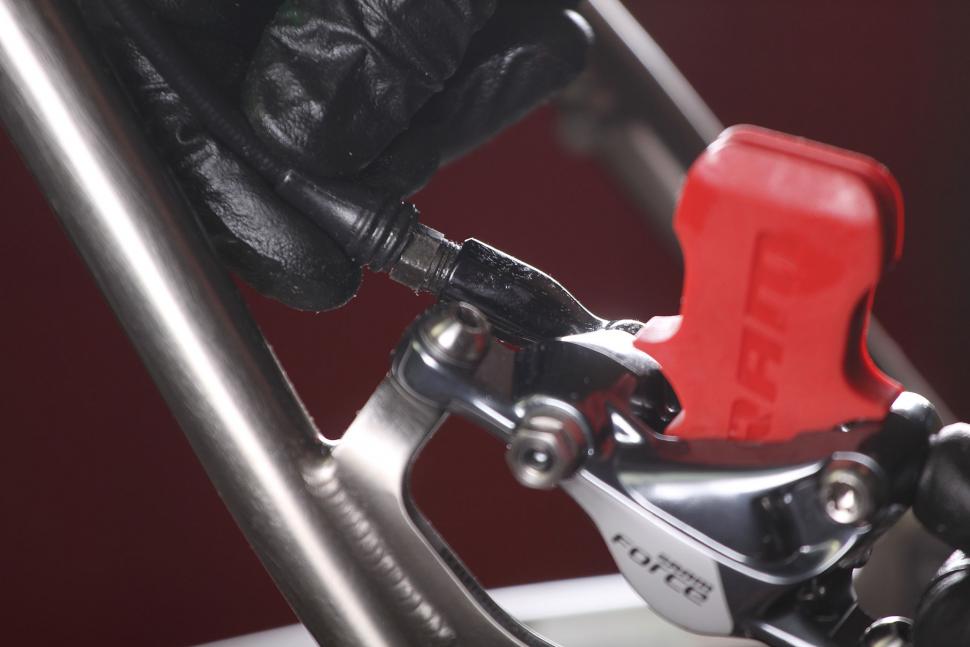 14 Push the rubber lock nut boot back into position. The job is done. You'll need to remove the bleed black from the calliper,  replace the pads, carrier bolt and the circlip. Give the brakes a check and look for any signs of a leak. There should be none. ​

>>Read more: The full archive of maintenance articles on road.cc.