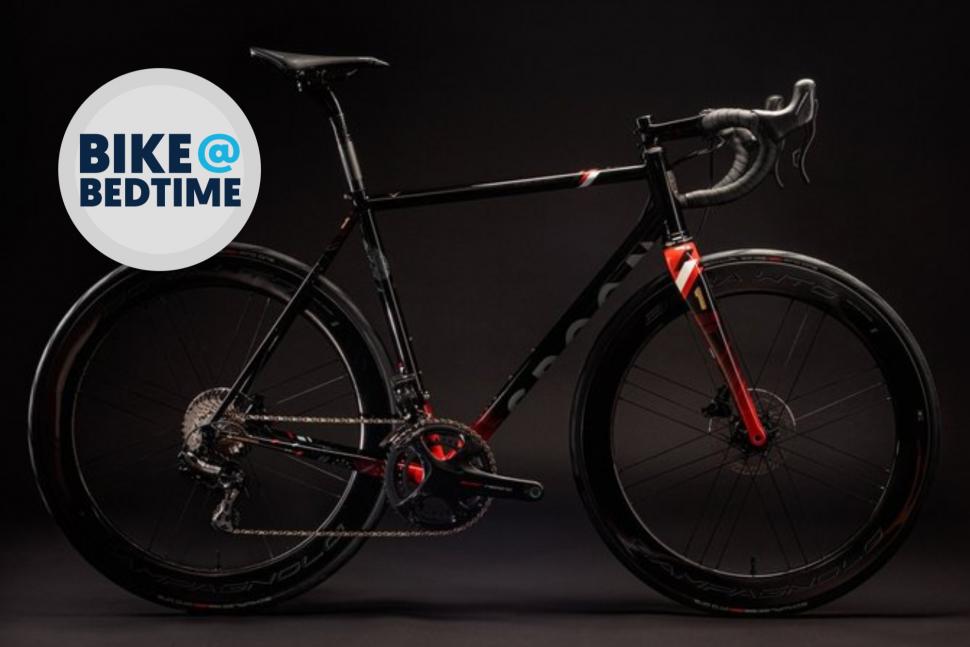 Guildford-based Spoon Customs produces exquisite-looking steel bikes, and for tonight’s Bike at Bedtime we’re taking a look at the brand's collaboration with online poker cardroom PokerStars, which resulted in a truly spectacular Royal Flush-themed finish. Whatever you think of online gambling, we're just talking about the bike here and you can't deny it's a pretty one. 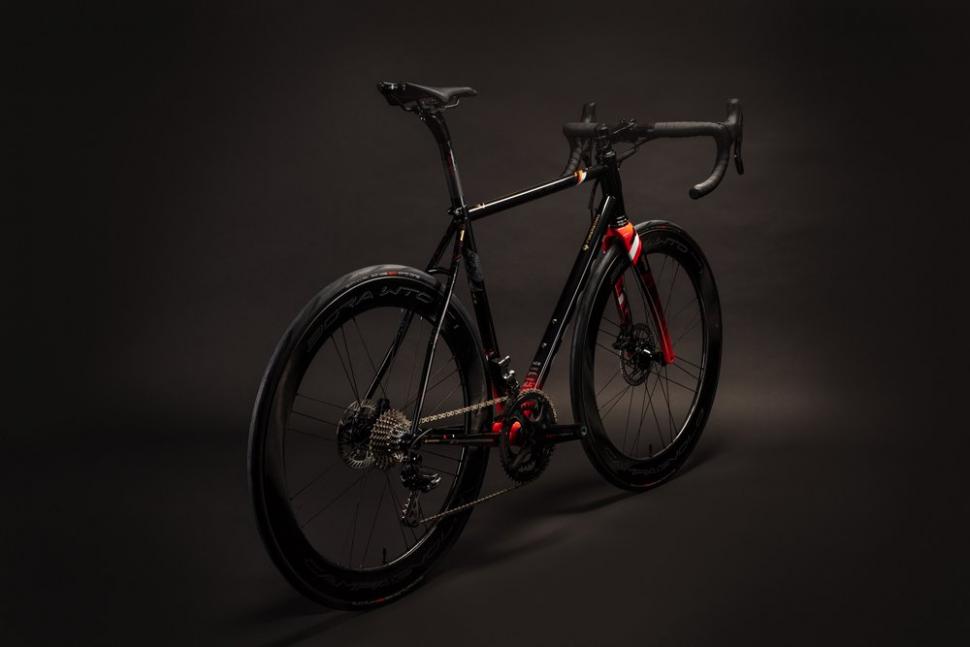 How did the collaboration come about?

“The project started with a call in the middle of lockdown asking us to help out with a project themed around the Tour De France,” says Spoon Customs.

“PokerStars customers were also cyclists and their marketing team wanted to do something to raise awareness of that fact, and in the process connect a growing cohort of bike fans to what they do in a meaningful way.”

The decision was to give away something tangible to PokerStars fans via an online competition, and that’s where Spoon Customs came in. It was asked to produce five special bikes which incorporated the online cardroom’s branding. Lou Eldon at Studio Polpetto worked on the design, and then it was time to find a screen printer who could assist with the most technical aspects of the design - but Spoon Customs admits this was a struggle.

“Plenty exist,” the bike brand notes, “but none that could do what we wanted them to do and make it work under 2k wet paint.

“Prototype after prototype failed QC [quality control], but with some revisions to the design, we finally overcame and eventually we had all we needed for Sam [Weeks at Gun Control Custom Paint] to work his magic on the final design.”

> Built in Britain: Behind the scenes at Gun Control Custom Paint

Spoon Customs reveals that after Sam had applied the black metallic base and contrasting red fades, it took over 12 hours of straight graft to get each overlapping element onto the first frame.

Each bike has been given a card and an individual ID from poker’s highest scoring hand, the Royal Flush, which includes an ace, king, queen, jack and ten all in the same suit. 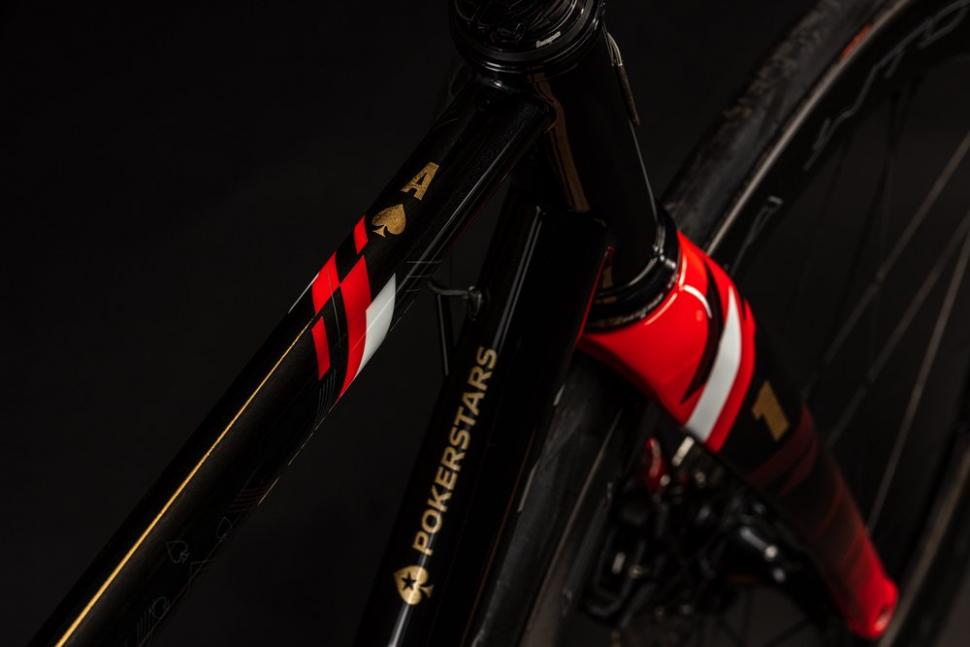 PokerStars’ strapline ‘I’m in’ appears inside the Columbus Futura Disc fork. All of the details on the fork were applied with masks and an airbrush, and each numbered build is signed. 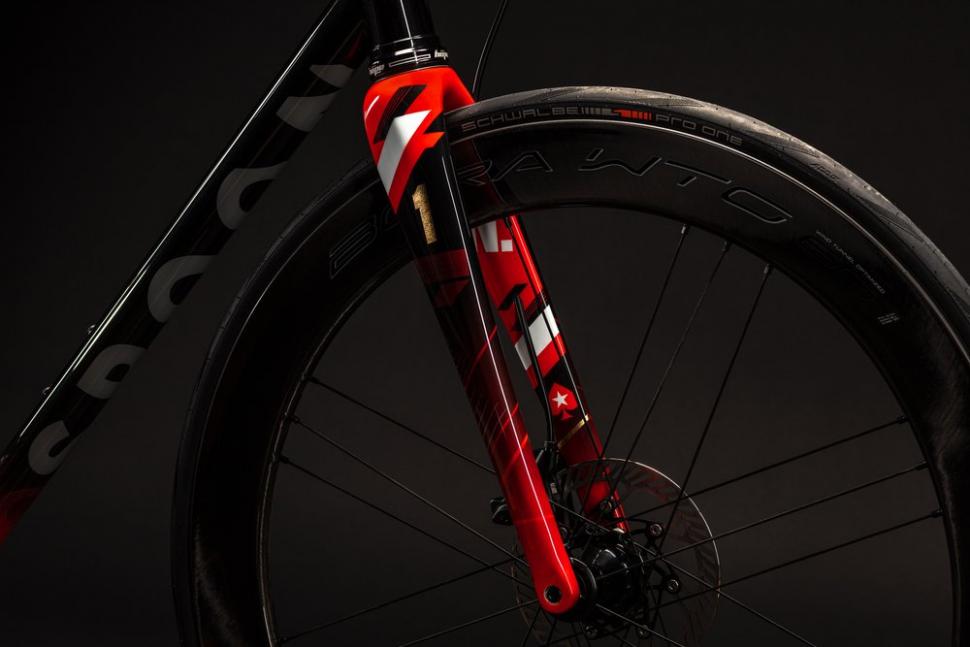 Titanium headset caps have been black anodised and laser-etched, and features artwork based on PokerStars' own casino pokerchip design. The gold detailing you see on the frame is said to be genuine 24k gold... fancy!