Slovenia really is a gem for anyone who loves gravel riding, as I hinted at the end of my first article. So many of the roads out there aren’t tarmacked, and I'm not just talking about dead end tracks – they take you places.

Motorised traffic shies away from these roads so you really do get into the heart of the countryside without the company of cars. I did a bit of research using Google Maps before heading out this year because the tracks had come as a shock on my first tour there in 2018.

I rode both of these summer tours on a road bike with 25mm Continental Gatorskin tyres. The tyres stood up to everything I threw at them last year but I was keen to know where and when I would be hitting the gravel this time round because it slows you down somewhat and there are varying levels of smoothness! For those keen to know, I rode some super tracks last year north of Ajdovščina and this year around Rogla, a ski station southwest of Maribor. 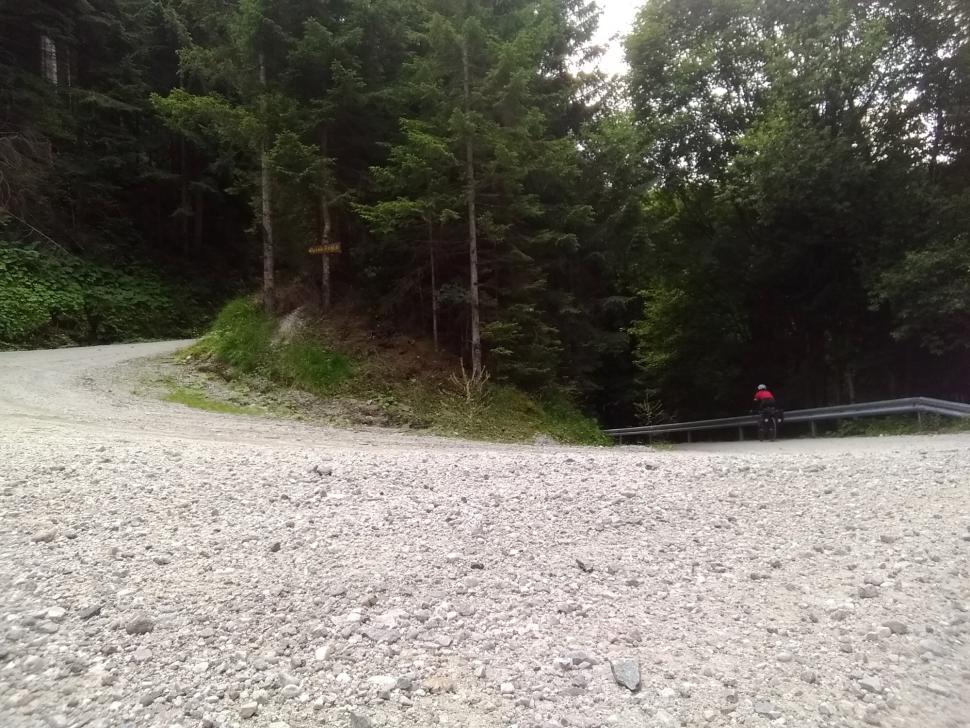 I’d say Slovenia must rank right up there as one of the best places to ride a gravel bike or mountain bike. My route through the country took in Kamnik (more on this next week), several spa towns in the southeast, Ptuj and the mountains of Slovenska Bistrica. I then headed into Austria with the intention of returning to Slovenia for a bit more of the Soca Valley. 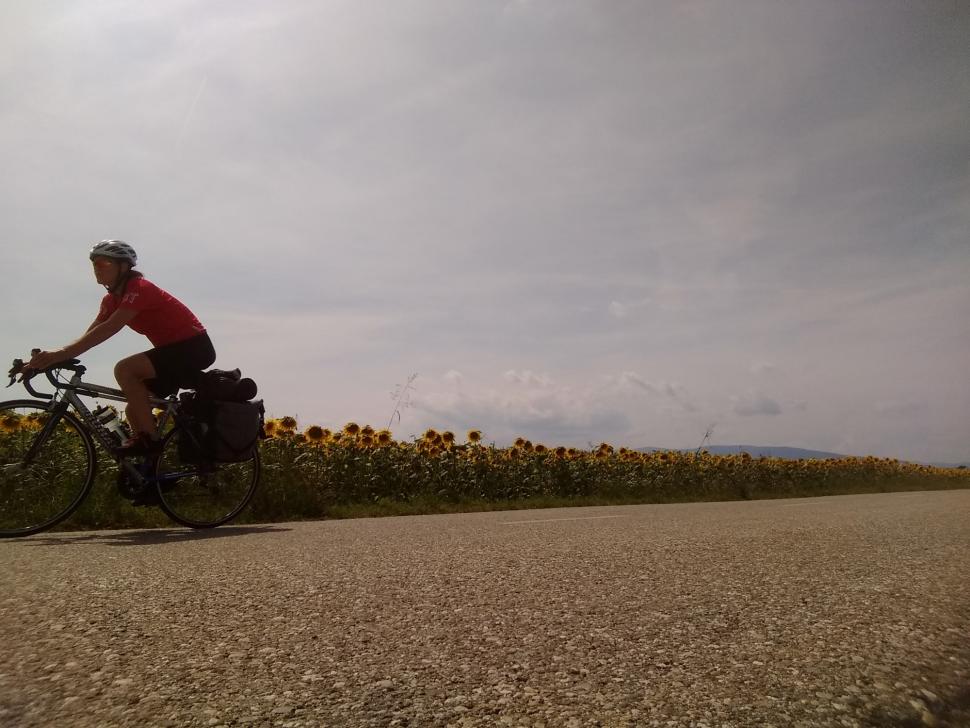 Crossing borders while cycling is very interesting. I always sense change; it adds to the excitement and adventure of any tour. 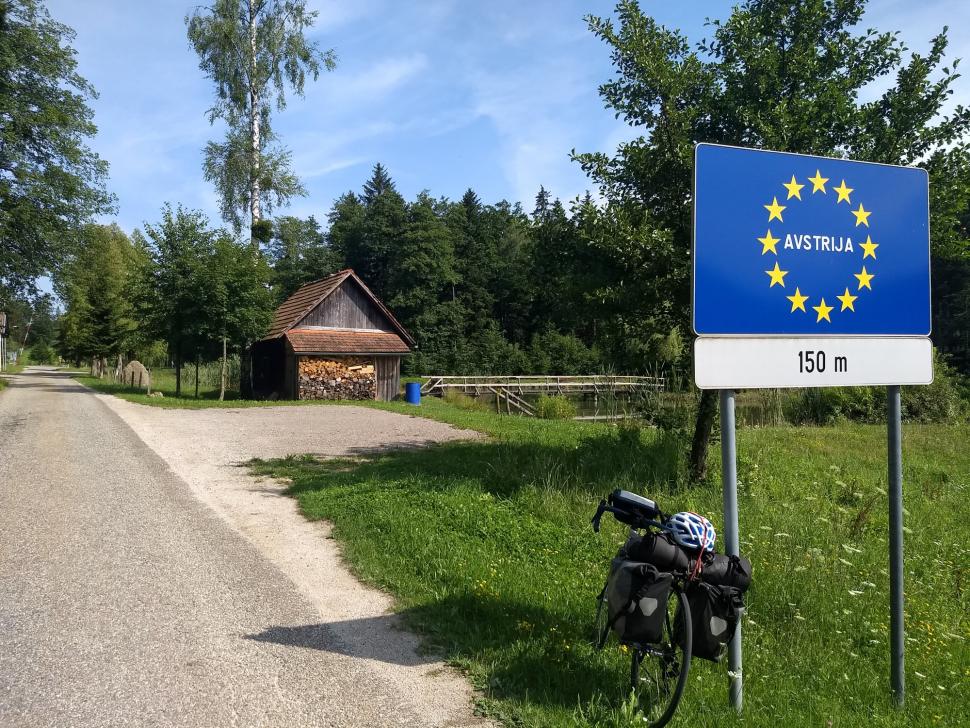 I took in the famous Weinstrasse (Wine Route) in southern Austria. Soon after that I was lucky to have the company of a local cyclist who navigated through some quiet lanes and recommended an onward route over the Radlpass to dip in and out of Slovenia.

I love meeting cyclists on the road or in cafes; they are a priceless source of local knowledge and advice. Some of my best stretches of road have only been covered because I went out of my way to ask another cyclist how they would get there.

Cycle routes in Europe are exemplary; completely traffic free and well signed. They aren’t always paved but they are still no challenge for a road bike. I picked up the Drau Cycle Route west of Klagenfurt and stayed on it for 100km, only coming off to visit a waterfall. If you like uninterrupted miles, the routes are best used during the week because they become pretty busy with families at weekends. I enjoyed more traffic-free routes in both Switzerland and Italy. 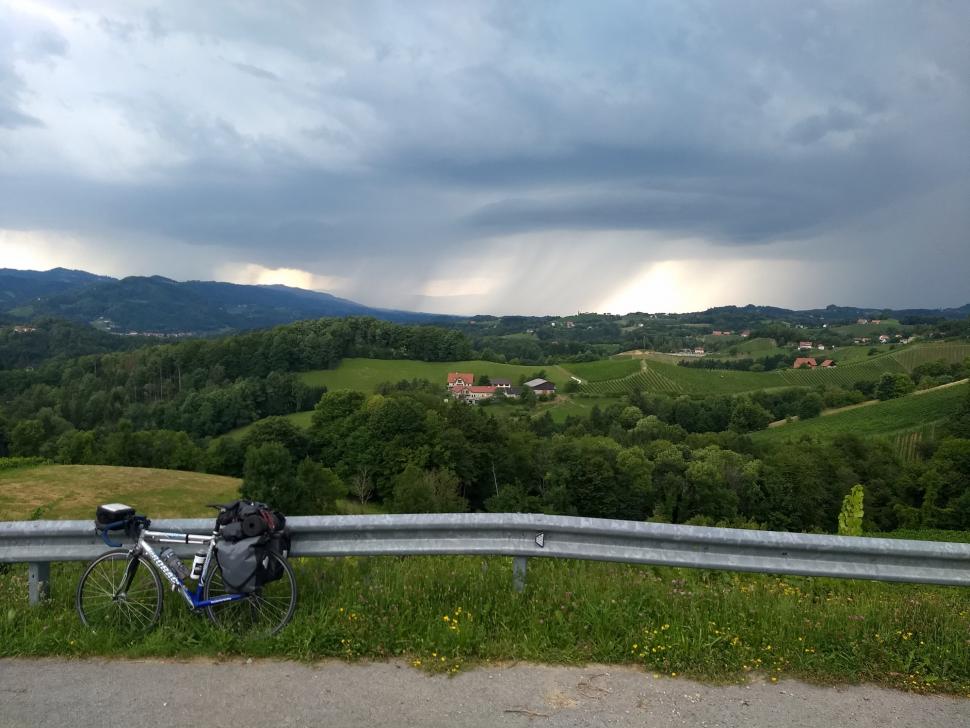 I spent a night at a campsite by Faaker See, one of the many lakes in the southern region of Carinthia. It was a popular site. Arriving late at these places is risky. However, having a one man tent and a bike can work in your favour. I am a massive fan of Archies Camping Guide app. Although it’s not exhaustive, it details so many campsites using a Google map.

I tend to add sites to my paper map in the areas where I suspect I may end up at the end of the day. I don’t always rely on formal sites; wild camping offers freedom like nothing else. However, since I’m touring alone, a campsite invariably offers some company and conversation, so long as you can find a quiet, relatively small site – which is easier said than done.

There are a lot of large sites in Europe that can be ridiculously crammed, commercialised or tacky. At worst, they are all three. I’d say spending time trying to find a quiet site is time well spent. I hadn’t researched the one at Faaker, and while it wasn’t commercialised, it was big and busy. At least it had a lake to swim in!

Check in next time as I ride through the Dolomites, Switzerland, Germany and talk about days off the bike.