Giant's TCR got delivered to the office in 2020 in two different forms. One was a no-expense-spared superbike while the other was a bike that many would see as an attainable best bike, one that packs a whole load of tech into a decent price point.

Given the success of the two models, we thought that we'd take a closer look at how they compare.

The ride is the main thing with a bike and it is a feature that we loved across both of the bikes. We’ve been seeing that road race bikes have been getting lighter and more aero and the TCR is no exception. It is a properly fast bike with a very stiff frame and fork that, when combined with the low overall weight, results in rapid accelerations both on the climbs and on the flats.

We have been really impressed by this bike. It climbs like a dream, can blast along the flats and descends well too. Comfort is one thing that is really good and you can easily spend all day on the bike without feeling like you’re getting beaten up.

There is space for 32mm tyres if you want to add even more cushioning, but we were happy with the tubeless 25mm tyres that came as standard. 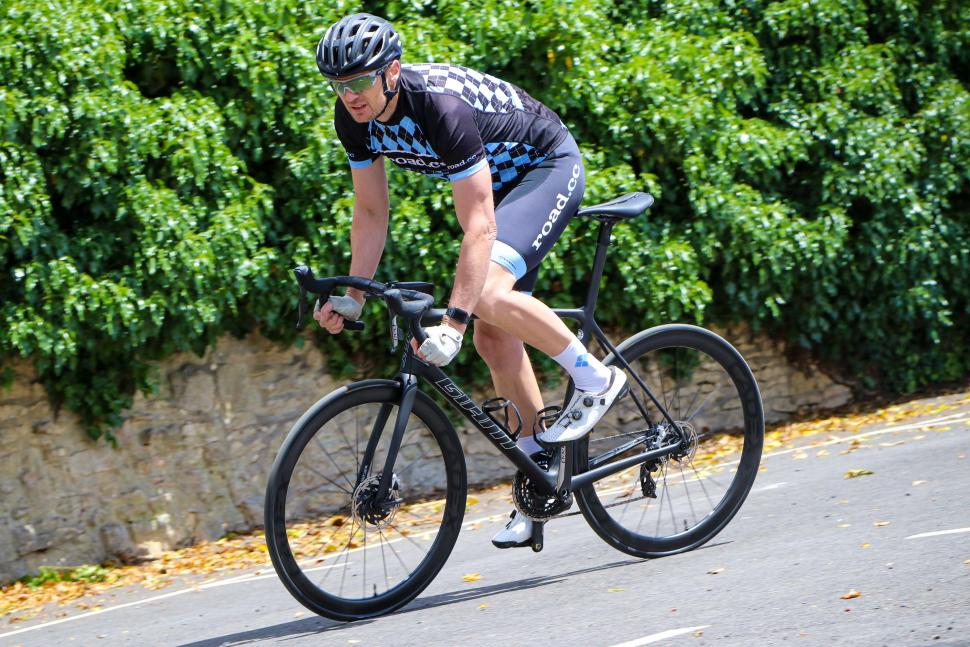 Let’s start with the all-singing SL 0. The spec sheet is quite simple here. SRAM provides the groupset with its Red eTap AXS, giving you wireless 12-speed shifting and brilliant hydraulic disc brakes. There’s a power meter fitted as standard that measures power from both legs and then Giant provides everything else with its own bar, stem, saddle and CADEX carbon tubeless-ready wheels and tyres to match. 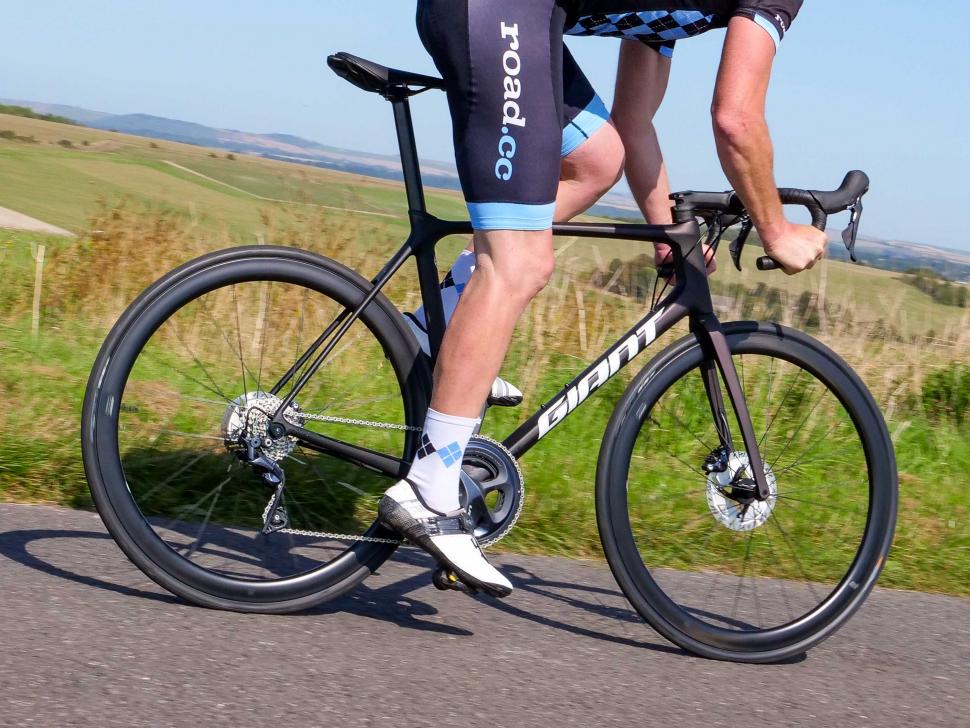 The Pro 1 get’s an Ultegra R8020 groupset. In English that is mechanical shifting with hydraulic disc brakes and is, quite possibly, the best bang for your buck groupset on the market, though fans of Shimano’s 105 might disagree.

Parking that argument for now, Giant again provides the rest of the kit and there are some neat touches hidden in this well-priced package.

Firstly, there is a dual-sided power meter. It costs £800 on its own and is something that you don’t see as standard on many bikes at this price. Then, the wheels are well-worth a closer look. The CADEX hoops aren’t some cheap in-house wheelset. These are 42mm-deep hookless tubeless wheels with an inner rim width of 19.4mm and a weight of 1,452g.

The wheels come with Giant’s Gavia Course 1 tyres fitted and they’re set up tubeless out of the box, so you’re ready to go without any faff. It’s a package that rolls well and helps the excellent frameset to shine.

The TCR Advanced Pro 1 Disc's frame is made from Toray T700 carbon fibre, whereas the TCR Advanced SL is 30% Toray T800 and the remaining 70% is a new, higher modulus filament that's said to be stiffer and lighter. The production methods are different too, but in many ways, the two models are very similar. That is also where a good portion of the extra cost associated with the Advanced SL is coming from.

Giant has also gone pretty deep on the stiffness to weight measurements. These used to reign supreme in cycling, then aero took over and it disappeared. It’s back with this TCR and Giant says that the new bike is far, far stiffer than its rivals, the Specialized Tarmac, Trek Emonda and Cervelo R5.

The SL frameset scores 118, whereas the other bikes don’t even make it over 100. But that is the super-high-end model. What about the more wallet-friendly Pro bike?

Would you notice the difference? If you sprinted on them back-to-back you might. Otherwise, probably not.

Why did each bike do so well?

Starting with the SL 0, it is simply a brilliantly fast and stiff race bike. The aero features that Giant has added this year makes it more of an all-rounder for the racers, but it still retains its fantastic climbing abilities. Oh and it handles like a dream too, something that can be lost when the engineers get a bit keen with their CdA figures and stiffness to weight charts.

Meanwhile, the Advanced Pro 1 takes that SL 0 performance, or most of it and puts it in a more affordable package.

Everything you could need is provided by this bike, from the great ride, through to the excellent wheelset package, a dual-sided power meter and a groupset that is more than most of us really need.