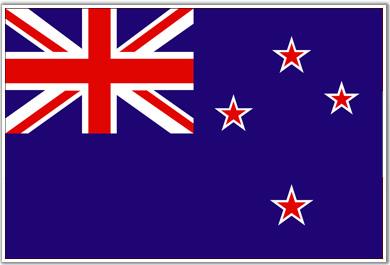 A high profile advertising campaign in New Zealand designed to humanise cyclists and reduce deaths on the roads has been dismissed as useless by a road safety campaigner.

The billboards, bus and radio advertisements cost NZ$400,000 (£200,000) to implement, but are a waste of money, according to Clive Matthew-Wilson, editor of the car review website dogandlemon.com.

The campaign features images of cyclists wearing t-shirts that label them as a son, father or aunt to a loved one.

"The campaign is designed to personalise and humanise people cycling so motorists see them as real people who have a right to share the road safely," NZ Transport Agency spokesman Ewart Barnsley told The National Business Review.

"With their backs to the drivers and a helmet on, cyclists can look like silhouettes and drivers don't usually see their faces. We want to remind drivers when they are on the road that cyclists are everyday people just like them."

Citing the findings of the American Institute for Highway Safety studying 30 years of scientific research into the effectiveness of road safety advertising, Mr Matthew-Wilson said: “Research indicates that education has no effect, or only a very limited effect, on habits like staying within speed limits, heeding stop signs, and using safety belts.”

The NZ Transport Agency released a video entitled ‘Mistakes’, which has clocked more than 5 million views of its anti-speeding message since last week.

Like the cyclist campaign it aims to humanise and put a face to the person in the other car.

Dr Terry Macpherson, a lecturer in marketing at Massey University said: "Advertising is a great way of getting people to do what they already want to do, such as buy hamburgers.

“However, ads telling people not to do something generally only work if the person watching the ad is already on your side.

“An example is anti drug campaigns for teenagers, which have been running for decades. On paper, they make perfect sense. In the real world, most studies show they make little or no difference at all.”

Mr Matthew-Wilson added: “The only real way to protect cyclists from this carnage is to separate them from motorists. Cycle lanes are a good start, but ultimately, there needs to be a physical barrier between cyclists and car users, so the two can’t collide.

“Road planners tend to see the road as a pipe: the more vehicles you fit through the pipe, the better. However, this sort of road planning inevitably causes competition between motorists and cyclists. The end result is multiple deaths, countless injuries, and a population that is increasingly scared to ride bicycles on public roads.  “It’s time for the government to stop treating cyclists as a nuisance and instead to start treating cyclists as valued citizens who ease congestion, reduce pollution and save fuel. Apart from the weather, the main downside to cycling is the road conditions that the cyclists have to endure.”

Just a couple of months ago we reported how THINK! Cyclist, a campaign designed to highlight to cyclists and motorists ways to share the road safely that has been running in London since September 2012, is to be rolled out to five other cities in England.

Outdoor advertising will be put in place in Birmingham, Bristol, Cambridge, Leeds and Manchester to highlight to drivers and people on bikes alike potential hazards when sharing space.

Developed by Transport for London (TfL) and the Department for Transport (DfT), the initiative aims to reinforce a culture of mutual respect among road users with the aim of improving safety.

When the campaign was launched the year before in London, no cycling body endorsed it, and CTC was critical of some of the campaign’s advice.

He told road.cc: “CTC welcomes the posters and has no problem with the imagery, but has long-standing concerns about some of THINK!’s associated ‘tips’, especially its advice to drivers to give cyclists at least half a car’s width.

“This is far less than the overtaking distance recommended in the Highway Code: “…as much room as you  would when overtaking a car" – i.e. far more than half a car's width in most cases.