A multi-stage sportive you’ve not done yet
by VecchioJo

Bibo Bike Coaching in association with 1330 Road Cycling have joined forces to present the Concours des Alpes 2014 Cycle Sportive, to bring you all the things you love about epic sportives minus the things you don’t. If you like the melee and traffic-jams of 10,000 other competitors and enjoy the bun-fight of the feed-station then look away now.

Held in July in the Haute Savoie region of the French Alps, the Concours des Alpes is a multi-stage sportive for riders who want something just a bit more special than the Etape du Tour and something less grandiose (and less pricy) than the week long Haute Route.

The event is the brainchild of Mike Edwards, an international veteran of multiple Etapes, Dragon Rides and countless other big rides. Mike says: “I’ve ridden enough Etapes du Tour to have forgotten how many but lately started to feel the whole experience could be better. The logistics (and cost) of getting and being there, the pressure of the single day, the regrettable hotel, the super-early start, and the gratuitous final 30km with one-more-climb-than-is-actually fun: all of these things put me off doing another but made me think what the alternative could be - how to keep the things I liked and lose the things I didn’t.”

Mike’s solution is the Concours des Alpes. All riders have to do is get themselves and their bike to Geneva airport for July 12th and everything else will be taken care of. 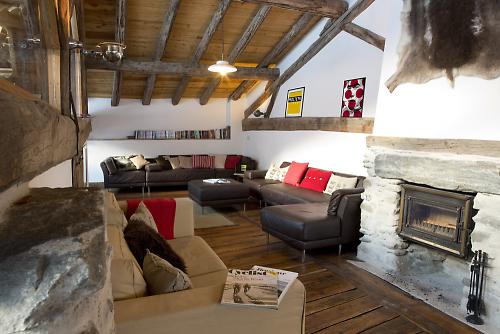 Accommodation is one central base of fantastic chalets in the mountains near Bourg St. Maurice, great chefs will prepare a superb menu of three course meals for all but one of the 7 days, and a mechanic will look after your bike leaving you to only worry about, and enjoy, the riding. 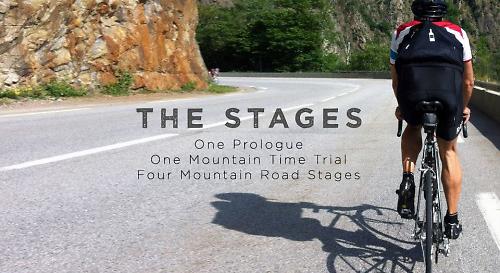 The Concours des Alpes is 5 days of stunning, Etape-style rides, set up like a mini Tour de France with a prologue, a mountain time trial and 4  big days in the mountains featuring Tour icons like the Col de la Madeleine and the Cormet de Roselend all adding up to 10,000 metres of climbing, and because this is a small event there are amazing routes that the mass rides wouldn’t be able to squeeze through. Much like the Etape and other sportives being competitive in the Concours is entirely optional. Some will like to picture themselves as Froome-style climbers whilst others will come and look up from their stem to ride and enjoy it. However Mike is keen to retain the social, fun feel of a local shop ride or chain gang - “I don’t want high level racers coming along simply to thrash everyone else and then retire like monks as soon as the day’s riding is finished. Yes, you’ll need the ability to manage several tough days in the mountains, and there’ll inevitably be some sparring amongst some riders but that’s not the sole intention. My best cycling trips have been about the people I’m with, sitting in the sun, drink in hand, swapping stories of cycling hardship and success at the end of the day. That’s as important as the riding.” Despite the event being as hard as entrants want it to be you’ll need to be a regular cyclist with some sportives and maybe even some races in your legs to deal with successive days in the mountains. If it does get a bit too much though you can opt out, take the broom wagon, or just do a ride of your own choosing, with no shortage of phenomenal routes.

On Friday 17th July, the day after the final day of the Concours, there’s the chance to go and watch the Tour de France pass by. Stage 13 is a mountain-top finish into the ski resort of Chamrousse, near Grenoble, and could be a decisive stage for the GC contenders.
The Concours des Alpes is hoped to be an unforgettable event; small, friendly, challenging, hassle-free, something entrants will be talking about for years, much more than just another Sportive. 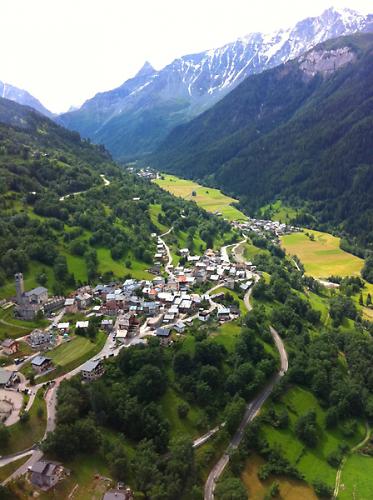 Concours des Alpes runs from Saturday July 12th to Saturday July 19th 2014 and will cost £899.00. That price includes everything bar one day of self-catering; so accommodation, food, event entry, feed and finish stations, airport transfer, a broom wagon, route maps, route signage and a talk-through of the stages beforehand are all included in the package. Entries are limited to only 50 people to ensure the element of camaraderie that makes these things special doesn’t get lost in the crowd.

Keen entrants can look and book right now at  http://www.concoursdesalpes.com/