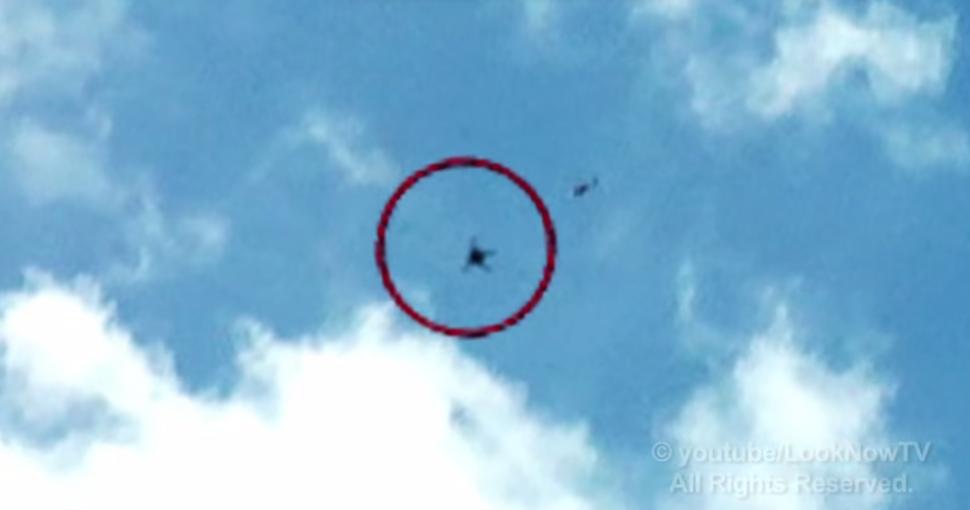 This week's edition of our video round-up...
by Elliot Johnston

In this edition of our video round-up we’ve something truly (or falsely?) out of this world, a squirrel in Brighton with a death wish, some more mattress-related fun and very good-looking athlete-turned-filmmaker Mr Ben Brown having a jolly on a bike.

We've also got your weekly dose of bad driving caught on the head-mounted cameras of intrepid cyclists, so stay tuned for that.

Is it a drone? Is it a plane? Is it a mildly elaborate special effects hoax? We’re not experts on any of the above, but we’re highly sceptical about the legitimacy of this clip. It’s not because we don’t believe in aliens, the internet has jaded us and we simply don’t believe in it anymore. You’re welcome to make up your own mind, though.

How to Deliver Mattresses by Bike

Here at road.cc we love videos that involve mattresses and bikes. Our love for this obscure mixture dates back to March when we ran this story about a video which emerged of a cyclist being hit by and saved by the same mattress. In case that’s not enough mattress action for you, here’s some more.

This company in Portland, USA, show off their method of mattress delivery which they say opens themselves up to the city’s large cycling population. Not as high octane as our previous dabble in the mattress-cycling video market, but we think it’s interesting nonetheless.

How to Deliver a Mattress by Bike from Russ Roca on Vimeo.

We’re not heartless, but this squirrel-with-a-death-wish certainly got us wincing and giggling in equal measure. It’s unclear as to weather the squirrel made it out unharmed, but the way it bounces up post-impact suggests a fair amount of force went through the poor rodent’s body. Fortunately no cyclists were harmed, and our best wishes are with the furry little daredevil.

There are a couple selling points on this one: good looking couple take their bikes up Box Hill to a reality TV-style sound track; or, ex-athlete tries his hand at filmmaking and bike riding. Either way, internet personality Mr Ben provides a fun, feel-good watch if you're into that kind of thing.

No video round-up would be complete without a mental bus driver. According to the ‘about’ section of this video, the featured bus driver was quite enjoying his chase-down of the filming cyclist. He’s quoted as having a “humorous expression on his face.” You can make your own mind up as to whether this looks like fun or not.

And to finish off this round-up we’ve got a little more driver madness for you. Here we see a cyclist correctly taking the lane on a narrow road where overtaking would be dangerous. Unfortunately that doesn’t deter this driver, who even has the audacity to complain to the cyclist later on. It all gets a bit shouty, so it’s not one we’d suggest watching through your computer's speakers in the office.