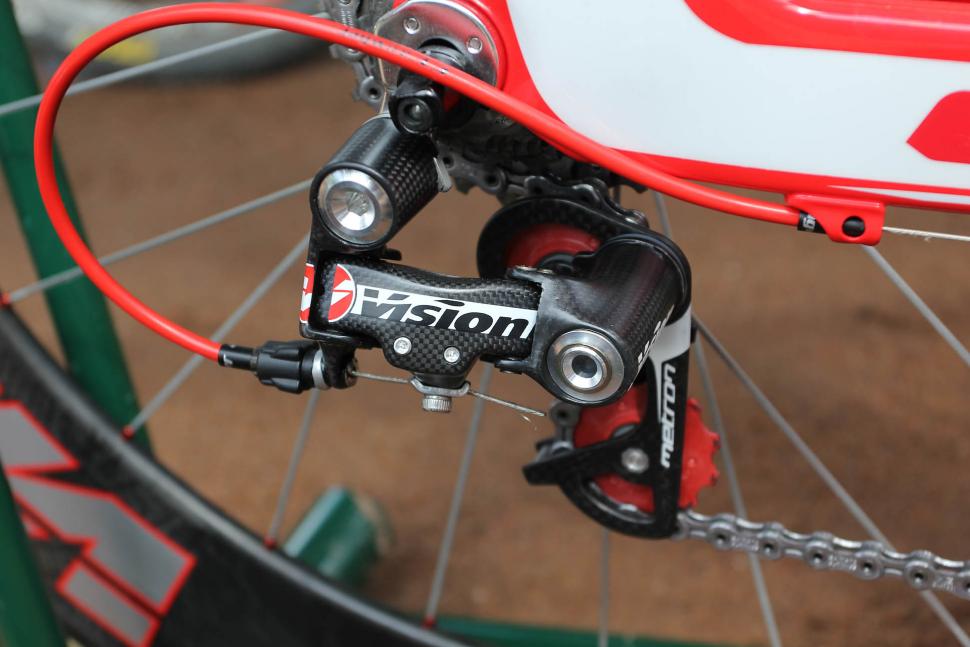 FSA confirm they are working on 11-speed road electronic groupset

Italian bicycle component makers FSA (Full Speed Ahead)  have confirmed to road.cc that they are working on an 11-speed electronic road groupset.

FSA makes chainsets,  bottom brackets, brakes handlebars, stems and - through its Vision sub-brand - wheels. Talk of an FSA electronic groupset was one of the hottest rumours at last week’s Eurobike trade show in Germany.  (Full Eurobike rumour round-up - and there’s some corkers. - on the way).

FSA’s electronic groupset transitioned from the realm of rumour to reality when in response to our enquiries an FSA spokesman confirmed that it was true. “It’s not a secret that FSA is working on a new full road electronic groupset”. You can’t get much more definite than that.

The ‘FSA to make full groupset’ is a perennial of the bike industry rumour mill - no surprise given that they already make most of the parts you’d need anyway.

Indeed this would not be the first time that the FSA groupset rumour has become reality. Back in 2010 FSA launched the FSA Vision Metron TT groupset - yes, you guessed it was for time trial bikes - and later that year went so far as to confirm the existence of a road groupset too.

The latter however never made it to market. There are various theories as to why that might have been - the most likely being FSA couldn’t find a way round the various patents on mechanical integrated brake/gear lever technology held by Shimano, Campagnolo and SRAM. Metron TT neatly side-stepped this problem by not having integrated levers but simply using bar end shifters (as you would on a time trial bike) to change gear. They certainly made a very pretty looking carbon rear mech (as you can see from our main picture) and a slick looking front one too (see below). 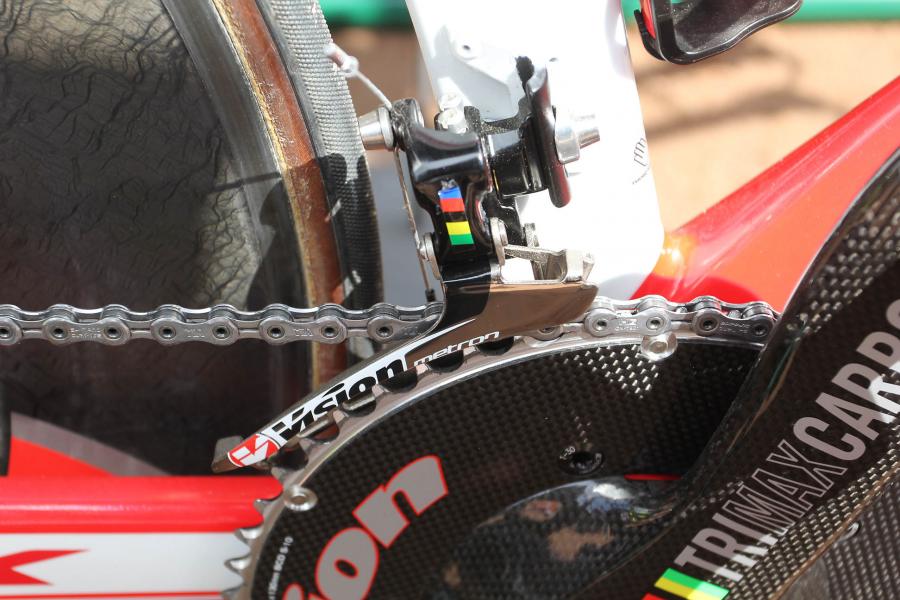 The fact that FSA are coming back this time with an electronic groupset suggests that problems getting around Shimano - in particular’s - mechanical lever patents was a major reason 2010’s road groupset never made it on to bikes.

One of the beauties of an electronic lever is that apart from a couple of switches the shifting bit is basically empty (which makes it a good place for a hydraulic master cylinder, but that’s another story) - complicated cable runs and the patents protecting them are out.

One of the other beauties of an electronic lever from a manufacturer’s point of view is that they are both much easier, and cheaper, to make than the equivalent mechanical one while paradoxically you can charge much more for them and nobody seems to bat an eyelid.

So will we see FSA’s electronic groupset on bikes any time soon? Our guess is yes… sort of. We wouldn’t be at all surprised to see it launch at the Taipei International Bike Show in March and we wouldn’t be surprised either to see it appear complete on some 2016 bikes.

FSA need to hurry up though, the level of choice in the electronic bike shifting market for manufacturers and consumers looks set to increase. Earlier this year SRAM’s marketing team did what they do best when most of the world’s bike journalists happened to notice at almost exactly the same time that Bissell Team were riding the Tour of California on bikes equipped with electronic versions of SRAM Red. Wireless electronic versions at that.

That SRAM need an electronic groupset is a given - they've been left behind by Shimano and Campagnolo on electronic shifting which Shimano in particular has demonstrated their is a market for. Something needs to be done if they are going to keep a place at top table of technical innovation on the road.

If SRAM is going in to the electronic market and that market is going to grow - while still, we’ll bet, being beset by equipment delays - then it makes sense for FSA to get in their too.

Why? Well, it goes back to that “sort of” a few paragraphs above. FSA are a significant player in the original equipment market - the kit and components fitted to new bikes. Typically  manufacturers fit FSA when they want the spangly bits of a Shimano, Campag, or SRAM groupset - such as the mechs or levers, but for reasons of cost, limited supply or need to make a price point can’t have the bottom bracket or crankset too. So they look for something of similar perceived value but without the price tag and reach for the FSA parts catalogue.

From a bike manufacturer’s point of view being able to mix and match parts to produce bikes with electronic shifting would be an attractive proposition - manufacturers have been mixing and matching elements of mechanical groupsets for years. From the bike buyers point of view too it holds out the prospect of bike with electronic shifting becoming much more plentifully available and more affordable too.

'Ah', I hear you say - they may have been mixing and matching componentry but they haven't been mixing and matching shifters and levers. Well, an electronic groupsets offer some new possibilities. While Shimano Di2 and Campag EPS aren't compatible Shimano's use the CANBUS protocol which Bosch holds the licence for. If FSA uses the same protocol there's no reason - in theory - why they couldn't make a Shimano compatible lever. And what system will SRAM use? Only they know that at present, but if… you know where I'm going with this.

If we were FSA we’d be aiming at the space just below Ultegra while maybe also launching a high end version to establish our credentials - not that FSA’s credentials need that much establishing. But that bit of the market around Shimano 105 level looks ripe for an electronic groupset and if Shimano aren’t going to extract the digit… well, full speed ahead.