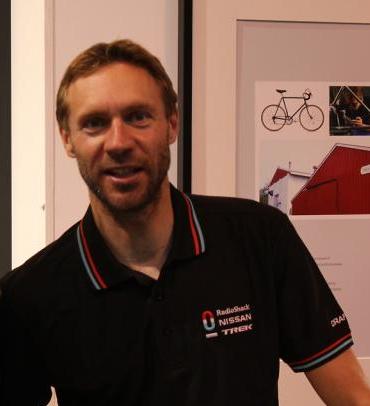 Irrespective of whether his attempt on the Hour record this evening succeeds, Jens Voigt’s status as one of cycling’s legends is already assured. And after what promises to be a gripping solo ride on the boards this evening, he’s inviting cyclists to join him on a charity ride this weekend in the New Forest.

It’s the second time that Voigt, who retired from road racing after last month’s USA Pro Challenge, will have taken part in the event, first held last year and organised by Stuart Grace to raise money for the for the Epilepsy Society and Oakhaven Hospice.

Grace’s daughter Amy has epilepsy, while a member of his family is being cared for at the hospice in Lymington, reports the Daily Echo.

“They are very personal causes, but it very important that people become more aware,” he told the newspaper.

“The cycle ride is a perfect way for people to get involved in a great day and get money to important places.

“So many people suffer from epilepsy and they deserve some help and funding.

“Everyone that enters will have the chance to ride alongside Voigt. That kind of opportunity doesn’t come along every day,” he added.

The 45-mile ride costs £100 to enter, half of that being donation to charity, and food and drink will be provided as well as a signed t-shirt from Voigt, who will also switch between the various groups of riders ensuring everyone gets a chance to talk to him.

The 2013 event raised £10,000 and Voigt said: “After a great start to our charity ride last year we want to make it happen again and raise money for two charities.”

For more details, contact Stuart Grace on stuart_singlespeed [at] hotmail.co.uk.

If you can’t make the ride on Saturday, there is another chance to meet him a week on Sunday at the Cycle Show at the NEC when he’ll be taking part in a live Q&A from 1.30-2.00pm.