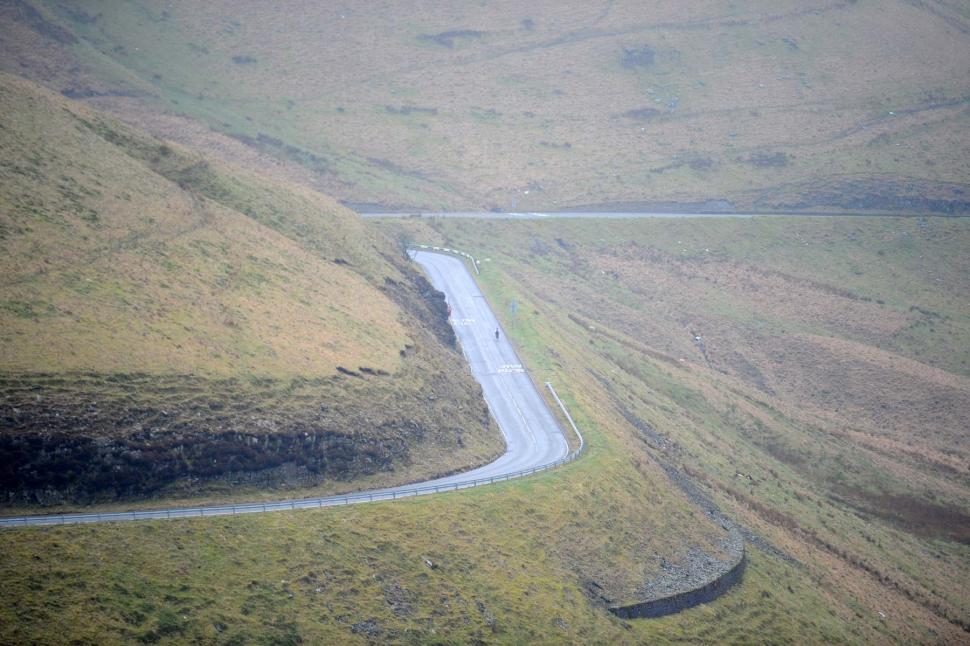 A cyclist taking part in the Valleys Velo sportive in South Wales at the weekend who punctured at 80 kilometres an hour due to drawing pins being spread on a descent has told road.cc he believes the person who put them there, on the fastest part of the course, aimed to inflict serious injury on participants.

Dozens of riders suffered punctures on the descent from the Bwlch into Nant-y-Moel during Sunday’s ride, and Richard Manning, aged 46 and from Llandeilo, Carmarthenshire, described how he became aware that something was amiss.

He said: “The first riders were at the side of the road just before the 180 degree hairpin and I noticed a 'clicking' from my front wheel about 50 yards before the hairpin.

"From my Strava activity I was doing about 80 kilometres an hour at that point! I picked up two tacks at separate points on the descent. Fortunately neither resulted in a rapid loss of air so I was able to stop safely and repair my tubes.”

He estimates that he saw around 75 riders affected by punctures coming off the descent, and this video posted to YouTube by Glenn Jones, showing many of them carrying out repairs at the roadside from around 3 minutes in.

Richard continued: “There was a lot of discussion with marshals on the course so I'm sure they were well aware of the situation. I've messaged the organiser since and he assures me the incident has been reported to the police.”

We’ve reported on instances of sportives being targeted by people spreading tacks or drawing pins on the road, such as the Etape Caledonia, most recently in 2011, and last year’s Wiggle Etape Cymru and the Wiggle New Forest Spring Sportive in each of the past two editions.

What is particularly disturbing about Sunday’s incident though is not only the location that the drawing pins were placed, but the fact they appeared to have been painted black to camouflage them.

Richard telling us: “The drawing pins I pulled out of my tyre were black all over - including the actual pin and the underside of the head. I've seen plastic coated drawing pins with black heads but never black all over. Unfortunately, I didn't keep the pin. I just flattened it and threw it away - I was a little angry!”

He added:  “The placement of these drawing pins on a really fast descent, just before a hairpin bend can only lead to the conclusion that the saboteur was hoping to cause serious injury - or even death.

“Add to this painting them black to camouflage them on the road shows a level of planning I find deeply distressing. I only hope that the culprits are caught and that their punishment is enough to dissuade others from this.

“Many riders punctured more than once and quickly used up their spare tubes – one I spoke to had 5 separate punctures. The comradeship between cyclists meant that tubes and assistance were quickly handed out to those in need,” he added.

We are not aware of any riders being injured as a result of Sunday's incident, but we are checking with organisers.