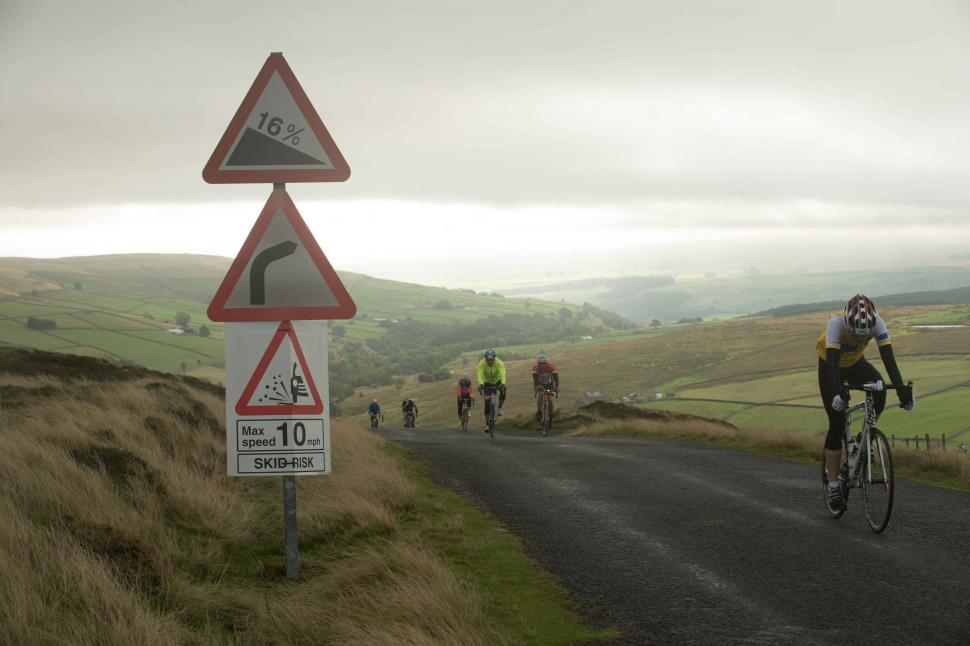 Have we reached peak sportive? Etape Pennines axed due to lack of participant interest

England’s first closed road sportive, the Marie Curie Cancer Care Etape Pennines, has been axed after three editions by organisers IMG Challenger World due to lack of interest among potential entrants, raising the question - have we reached peak sportive?

The first two editions of the event, based near Barnard Castle in County Durham, took place in October but it was moved to July this year in response to feedback from participants.

The change of date saw the event, launched in 2012 and which aims to attract 2,000 entries, come under criticism from local farmers who said it would disrupt the haymaking season, reports the Northern Echo.

Meanwhile its new slot at the start of the school holidays also led to concerns it would disrupt tourism in the area.

In a statement, IMG Chalenger World said: “We are sorry to announce that the Marie Curie Cancer Care Etape Pennines cycling sportive will not be happening in 2015.

“We have delivered Etape Pennines for three consecutive years, having invested a lot of time and effort to deliver a high quality closed road sportive; but unfortunately the event has not generated enough participant interest to continue.”

Its managing director, James Robinson, added: “Etape Pennines has been a fantastic project to be involved with and we are proud to have given many cyclists the chance to ride this fantastic, beautiful route over the last three years.

He added: “It is disappointing that this event will not be taking place in 2015, and we would like to thank the local community and County Durham for all of their support over the last few years.”

Richard Varcoe, owner of Barnard Castle bike shop Spitfire Cycles, told the Northern Echo that he believed local opposition to the event may also have been a possible factor behind the decision to curtail it.

“There’s been too much pushback locally so maybe the organisers have had enough,” he said.

He added that axing the event is “extremely bad for the businesses because it brings 2,000 people to the area, some of which are here for three days, so all the accommodation fills up.

“It’s the farmers that are complaining about it because for one day of the year they cannot trunk around in their tractors.”

Durham County Council’s strategic manager of culture and sport, Nigel Dodds, said that while the disappearance of the sportive was regrettable, the council remained committed to hosting cycling events.

“We are disappointed to lose the Etape Pennines which we believe introduced many people to the stunning beauty and visitor offer of the Dales,” he said, “however we understand and respect IMG’s decision.

He added: “Being part of the Etape from its concept has allowed us to gather a wealth of experience which we will now use to enrich the range of cycling events which the county has a growing reputation for hosting.”

IMG Challenger also organises the Etape Caledonia, which continues to thrive. Entries for next year’s edition of the closed-roads sportive in Scotland opened at the start of this month, and general places – that is, excluding 500 Charity Pledge places – sold out within 58 hours.

With the Etape Pennines costing £63 to enter this year, does the decision to pull the plug on it mean that cyclists are losing their appetite for high-priced sportives?

Entries for next May’s edition of the closed-roads sportive in Highland Perhshire opened at the start of this month, and general places – that is, excluding 500 Charity Pledge places – sold out within 58 hours.

But besides clashing with the start of the school holidays, moving the Etape Pennines to July will have put it in direct competition with many more events than was the case when it was held in October.

Those include the UK’s biggest sportive, the Prudential Ride-London Surrey 100, which had its second edition in early August.

This year’s edition of the Etape Pennines also took place a fortnight after the Grand Depart of the Tour de France from Yorkshire.

That saw cyclists from across the UK converge on the north of England, and may have deterred some potential entrants to travel back to the region for another event so soon.