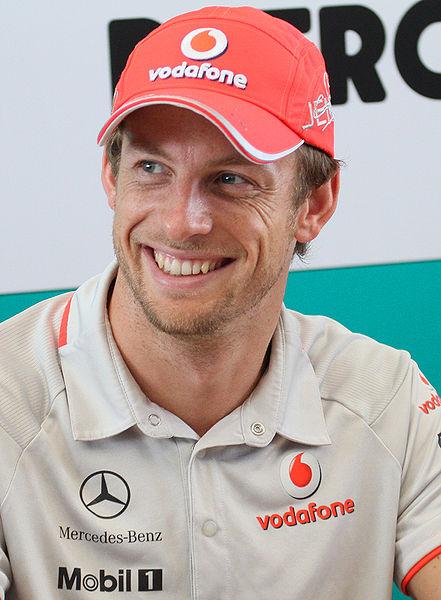 Jenson Button may be famous for his Grand Prix exploits – he is the reigning Formula 1 World Champion, after all – but the British driver, who also competes in triathlons in the elite category, is no slouch on his bike either.

Cycling forms an integral part of the 30-year-old’s training regime to ensure he keeps in peak condition for races, with the roads around his home in Monte Carlo, where the Monaco Grand Prix takes place this weekend, providing a scenic backdrop to his efforts.

And in common with Lance Armstrong, who used to live in nearby Nice, the Formula 1 star uses the punishing 12-kilometre Madonna climb above the town of Menton, on the Italian border – in French, the Col de la Madone – to test his fitness, as he revealed in an interview with the Daily Express.

He continues: “It is great out there on the bike. I love cycling in the mountains. You feel the wind, you are working hard, outdoors, the views are fantastic and it is doing you good.

“Monaco is great for training,” adds Button, and not just for cycling but also for the other two triathlon disciplines. “There is a 50-metre pool here, which is something you don’t have in many places in Britain and I was in there this week. The day before I ran along the coast to my old man’s place, about an hour’s run. It was beautiful, absolutely beautiful.”

The driver’s training schedule is planned by his fitness coach, Mikey Collier, who has worked with two other Formula 1 drivers with a close interest in cycling – Mark Webber, who has his own sportive in Northamptonshire and broke his leg last year after being hit by a car during a charity ride in his native Australia, and Fernando Alonso, who has been rumoured to be considering starting his own professional cycling team headed by his compatriot, a certain Alberto Contador.

While the training is aimed at getting Button into the best condition possible for races, Collier acknowledges that the pair need to be aware of potential risks, explaining: “We had a cycle run planned for Tuesday but with the threat of rain I won’t take the risk of him coming off.”

He adds that parallels could be drawn between Button’s conditioning work on his bike and his profession as a Grand Prix driver, explaining: “We do two types of bike rides, very different. One is like qualifying - up to the Madonna. Lance Armstrong has created a bike named after it [the Trek Madone - the cyclist used the ascent as a regular training run to benchmark his climbing form]. It is all uphill, relatively short, only about an hour and a half, flat out, very, very intense. You have to go at a certain speed just to get up.

“Like qualifying, once you get to the top there is a great sense of achievement, great views. The other is longer where you pace yourself, a 90km ride which is nearly four hours and we take it steady.

Collier points out though that there is a fine balance between Button’s training schedule getting him into the perfect condition to line up on the start grid and overdoing things, which can have potentially critical side-effects from the driver’s point of view.

“Everything is monitored. Jenson is 6ft and 69 kilos so we weigh before and after practice so he does not put on muscle. We are training him to race a car and weight is important,” he says, adding: “His heart rate is an important guide to how we work.Sometimes he just cannot hit every target because of the sheer workload of racing, marketing and PR commitments, travelling and trying to fit in a life.”