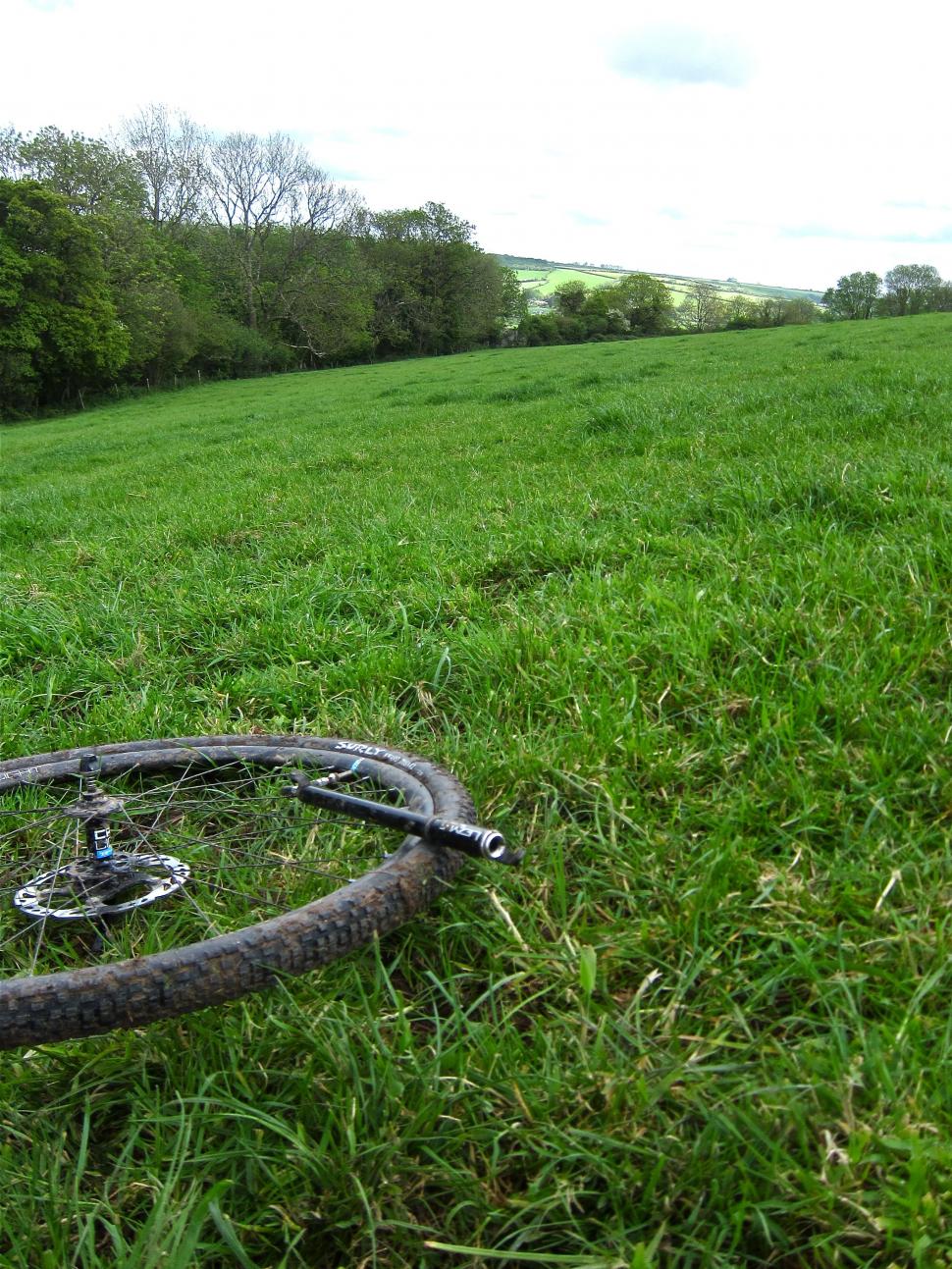 Cyclist violently mugged as he repaired puncture on bike path

Police are appealing to find two young man who attacked a cyclist who was fixing a puncture, stealing his wallet, watch and phone.

The 40-year-old victim was on the A45 Nene Valley Way cycle path, near Ecton in Northamptonshire, when he was asked if he needed any help by two men on a yellow Suzuki scrambler motorbike.

The cyclist was then pushed over, threatened with an unidentified weapon, his leg stamped on and his watch and phone removed.

The assailants also took the man’s bag, and pulled his necklace off.

The pillion passenger, who carried out the assault, is said to be white, with an English accent, about 6ft, with a broad build and aged 18 to 20-years-old. He was wearing a grey tracksuit and tan Timberland-type boots.

The other man, wearing blue jeans and a bright blue jacket and white Nike trainers, was also white, but with an Eastern European accent, according to the Northampton Chronicle.

The incident happened at around 7.30pm on Wednesday.

Witnesses, or anyone with information, are asked to contact Northamptonshire Police on 101, call Crimestoppers anonymously on 0800 555 111 or use the anonymous online form here.

It’s the second, although unconnected, violent assault on a cyclist in the Northampton area in recent weeks.

In February we reported how police were seeking a pedestrian who tried to destroy a man’s bicycle after a collision in Northampton.

The cyclist on Gladstone road rode up a dropped curb near to two men when one of the men stepped backwards, causing the cyclist to fall off.

The pedestrian then repeatedly kicked the bike, causing it to have ‘extensive damage’, according to the police.

The offender was of mixed race, aged between 18 and 23, around 6ft 1in and of slim build. He was wearing a grey tracksuit top and blue and grey baseball cap. He had a black goatee beard.
AdTech Ad

Police were investigating the incident as criminal damage.