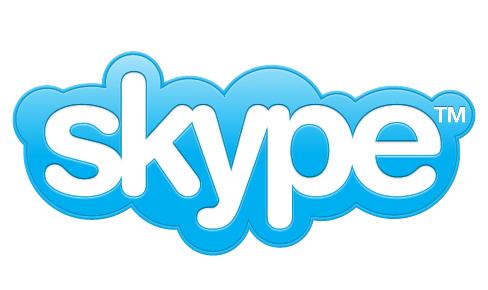 Deal highlights team's existing use of communication tool to keep in touch...
by Simon_MacMichael
3

In what appears to have become established as an annual ritual in the run-up to the Tour de France – last year it was the announcement of HTC as sponsor, the previous year Columbia Sportswear – High Road Sports, owner of the HTC-Columbia team, has announced another new sponsor ahead of cycling's biggest race, internet messaging and teleconference business Skype. A new shirt design including the Skype logo will be unveiled at the team’s presentation in Rotterdam on Friday.

In a press release, the team said that its riders had been using Skype for the past three years to keep in touch with friends, family and colleagues throughout the ten month pro cycling season, making it a natural match as sponsor that it says “fits extremely well with its young, international team.”

High Road Sports boss Bob Stapleton said: "Skype offers innovative communication products and has ambitious marketing objectives. Our team hails from 20 different countries worldwide, so taking the decision for us to join the millions of people and businesses around the world that use Skype was simple. Skype keeps the whole team communicating and emotionally connected as we traverse the globe competing in the world's top races such as the Tour de France," he added.

Neil Stevens, General Manager of Skype's Consumer Business Unit, also welcomed the sponsorship deal, saying "Whether it's to connect during those unmissable moments, or just to have a quick catch-up over IM with their colleagues, Team HTC-Columbia is a natural fit for Skype as they have been using Skype extensively for personal and business communications from different countries worldwide for quite some time now."

Showing just how Skype could be help riders keep in touch with important events back home while they are out on the road, he highlighted the case of Hayden Roulston, who he said had “watched his baby crawl, stand and take his first steps over Skype video.

“That's the beauty of Skype,” added Stevens; “it allows people to do the things they normally do together even when they are thousands of miles apart."

HTC-Columbia added that its riders would be available throughout the Tour de France for interview by the media using Skype video – now that’s a feature we’re looking forward to putting to the test here at road.cc, although we expect a certain Mr Cavendish will be somewhat in demand.

Meanwhile, you can catch a webcast of Friday’s presentation of the team live from Rotterdam at Noon UK time this Friday on the HTC-Columbia website.