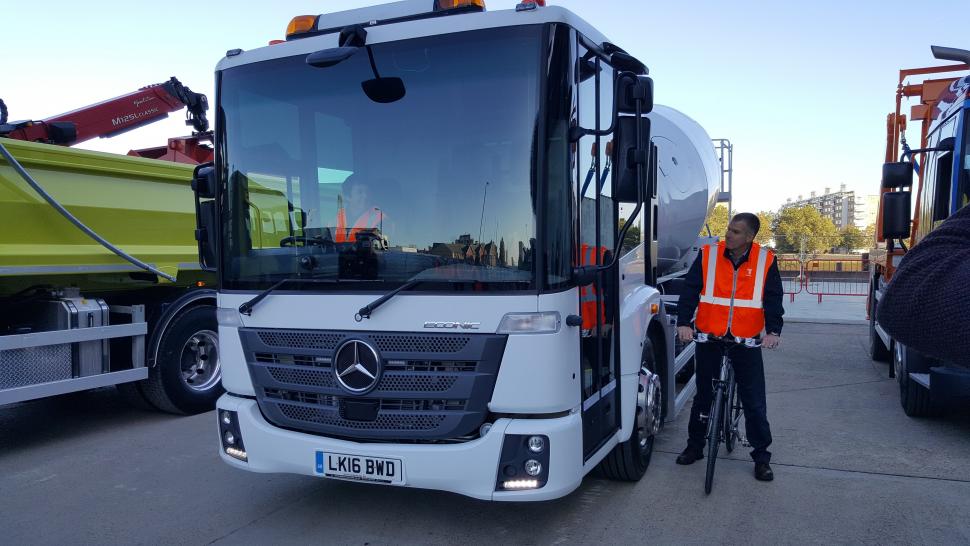 The family of Esther Hartsilver, who was killed when a lorry driver turned left in Southwark, say too little is being done to improve London's roads...
by Laura Laker

The family of a woman killed when a lorry driver turned left into her path after failing to see her says not enough is being done to improve road safety in the capital.

Esther Hartsilver, 32, was killed when Co-op delivery driver, 47-year-old Phillip Beadle, turned left from Denmark Hill to Orpheus Place in Southwark, south London on May 28 2015. Beadle wept in court as he was cleared of causing death by careless driving on Friday, according to the Evening Standard.

Ms Hartsilver’s sister said the family doesn’t blame Beadle for the collision, but she criticised an apparent lack of improvement at the junction, which is controlled by Southwark Council, in the last year. The London Cycling Campaign echoed the family’s concerns not enough is being done to make London’s roads safer.

Ms Hartsilver’s sister Emma, a doctor, told the Standard: “Our concern the whole time has been road safety and whether enough is being done on dangerous roads like the one where Esther was killed to make them safer for cyclists.

“It’s been over a year since Esther was killed and it seems nothing has been done to make the junction where she was killed safer. No one has taken responsibility.

“Other cyclists have also died across London since. There have been so many accidents and it seems much more needs to be done to protect cyclists.”

She welcomed the announcement of a five star system that will see 35,000 of the most dangerous lorries banned from the capital’s streets but added London needs to catch up with other European cities on designing safer streets for cycling.

“What happened was devastating,” she said, “but we feel no anger and no need for retribution against the driver. It was just a tragic accident on a road layout which is dangerous for cyclists.”

“We’d agree with Esther Hartsilver’s family that much more could and should be done to make London safer for cycling,” he said. “Like the family, we welcome the Mayor’s recent announcement of plans to rid London’s streets of the very worst lorries and encourage moves towards ‘direct vision’ designs being the norm.

“But we also want to see those cycling given safe space on many more main roads, and key junctions improved for cycling and walking, as rapidly as possible. The Mayor pledged to do this thanks to calls from London Cycling Campaign’s members – now we need him to get on with it.”

The collision took place less than half a mile from Kings College Hospital where Hartsilver worked as a senior physiotherapist. She was taken there and died later that day.

Beadle said he checked his mirrors normally and had not seen Hartsilver pull alongside. Prosecutor Benedict Kelleher said that he “could and should” have spotted her in a six-second window before he made his turn.

Judge Raj Shetty thanked Beadle for the way in which he had conducted himself during the trial and praised the families of both Hartsilver and Beadle for their dignity.

Transport for London’s new five star system for lorries was based on research conducted by Loughborough University, published earlier this year, identifying the most dangerous types of lorry for cyclists and pedestrians. A combination of high cab, and too little direct vision of the road through the windscreen and offside mirror were found to be the greatest risk factors.

Southwark Council was contacted by road.cc regarding the junction in question. We will update the article when we receive a response.