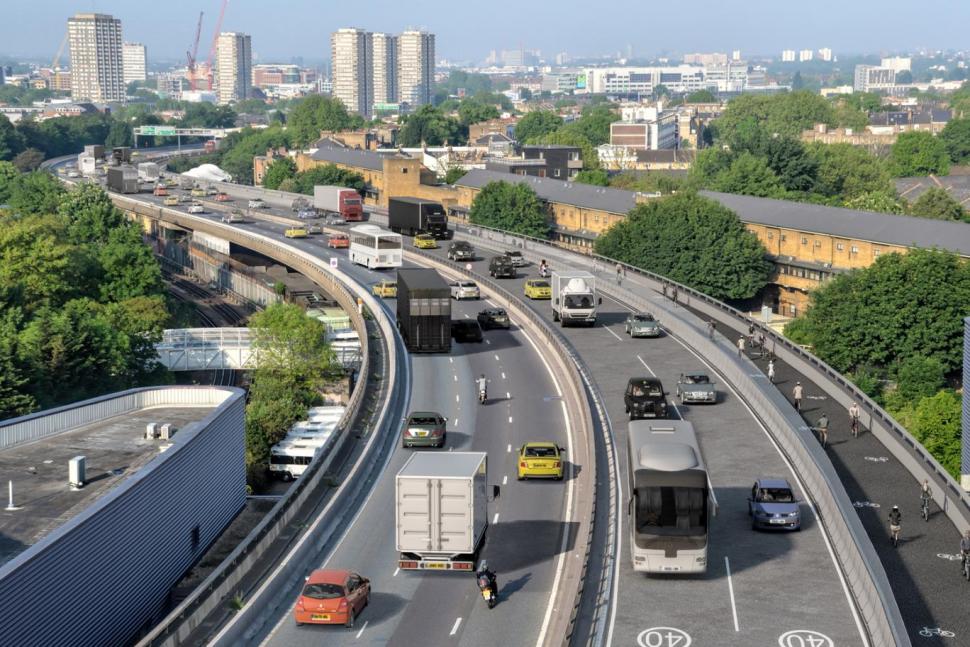 London’s former cycling commissioner, Andrew Gilligan, says he is “almost certain” Sadiq Khan and his cycling team won’t achieve their goal to treble protected cycle routes in London over the next three years.

Gilligan, who left the post of Johnson's Cycling Commissioner in May 2016, believes the length of time it is taking to agree on designs, and begin construction, makes achievement of the target unlikely within a single Mayoral term.

However, London’s Deputy Mayor for Transport, Val Shawcross, told road.cc earlier in December the aim of greater consultation is to end the “bikelash” which has hampered construction of London cycle routes in the past, and says that, and more efficient processes within Transport for London (TfL) will make building new cycle routes easier.

This should not have been a hard decision for Sadiq. If he's dithering about even closing four gates into a park, it's not a good sign.

Speaking to road.cc prior to Sadiq Khan’s announcement he’d delay a decision over closure of Regent’s Park gates at rush hour to reduce rat running traffic as part of Cycle Superhighway 11 (CS11), Gilligan pointed out it took just over three years to build around 12 miles of cycle routes, and Khan has about the same time to triple that.

“I’m almost certain that a plan to treble the cycle lanes will not be achieved,” Gilligan told road.cc.

He pointed to construction of London’s East-West cycle superhighway, which was originally consulted on in 2014. It took just over three months to analyse and publish consultation results, before Johnson announced a decision to proceed in January 2015; construction started in March, and the route opened in May 2016.

Sadiq Khan "to double" amount spent on cycling in London

Gilligan said: “On a much less complicated scheme, the North-South Cycle Superhighway extension, they announced a decision to proceed in August or September, but it’s not going to start building until next summer.”

He has also been critical of the delayed decision over whether to close gates to Regent's Park to rat-running traffic as part of CS11, and the apparent shortening of CS4 and CS9, as well as the fact Khan didn't appoint his Cycling and Walking Commissioner, Will Norman, until December. Norman won't step into the role until February 2017, a delay which Gilligan has said plays into opponents' hands.

“The momentum has completely disappeared, the air has gone out of the tyres. It’s completely failed, all sorts of things that should have been finished by now haven’t even started,” he said.

“I just think it’s pretty obvious that cycling isn’t a priority. The grand announcements are fine but they mean nothing unless he brings forward the projects and spends the money."

Said Gilligan: “It’s depressing, it feels like we’re going backwards. I suppose it’s still possible he could be a good mayor for cycling but we have seen no sign of that. What matters is deeds not words.”

Deputy Mayor, Val Shawcross, told road.cc at the announcement of a doubling of spending on cycling earlier this month greater consultation will re-frame cycling investment as about healthy streets, and reduce resistance to road changes.

“I think one of the things we’ve learned is that you do need to try and break down this us and them approach,” Shawcross said. “This is not about cyclists versus the rest of the world, so our policy has been a bit reframed and it is about healthy streets, i.e. how can we improve the streets for everybody.”

“I think we’ve learned that you need to do consultation early on, if you just slap it on the table and say 'this is what we’re going to do to you', people understandably react.”

“We can’t carry on like that,” she said. “We’ve got to make it an agenda that everybody can see what’s in it for them.”

“The mayor’s committed to making London a good place to cycle and walk and we’re fulfilling the manifesto.”

She said the doubling of spending on cycling was the Mayor “putting his money where his mouth is”.

The London Cycling Campaign’s Infrastructure Campaigner, Simon Munk, believes the target is “totally achievable” based on the previous administration’s record, as the East-West and North-South Cycle Superhighways were only built in the last two years of Boris Johnson’s Mayoralty.

He believes greater public engagement is a positive step to reducing “bikelash”.

“The issues that have dogged cycling thus far in London has been this horrific bikelash, where we see the Mini Hollands and Cycle Superhighways attacked again and again. If we can get more people on side and more people to understand early on what the impacts are; we have two three arguably high quality cycle superhighways in, I think we’re at least at the point where we can point at those, and in fact we’ve got Mini Hollands … we can say: ‘You know what? This is what the future looks like, you can see it in London now, it’s not an unknown quantity any more’.”

“So I think they’re utterly capable of doing it in the time allocated, and I think the budget they’ve set indicates how serious they are about fulfilling their pledges and about cycling and walking, and healthy streets for that matter as well.”