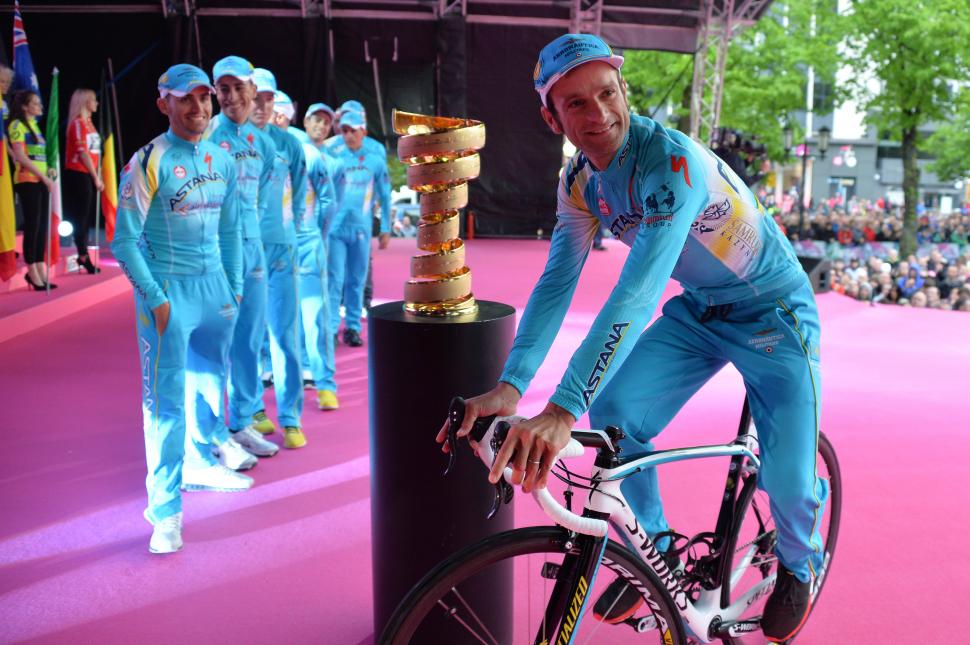 Astana has chosen to honour Michele Scarponi, killed last weekend while out on a training ride, by leaving the 2011 Giro d'Italian champion's place in its squad empty and its leader's race number unused when the 100th edition of the race begins on Sardinia this Friday.

The Kazakh team will start the race with eight riders instead of nine following its decision not to replace the 37-year-old, who was killed when he was hit by a truck while riding near his home in Italy's Marche region.

Scarponi, who was awarded the 2011 title after Alberto Contador was stripped of the win, had been due to lead Astana's challenge after Fabio Aru was ruled out through injury.

"What has happened to Michele is a real tragedy that no one could expect or face out," said general manager Alexandr Vinokurov. "It is a huge blow for the whole team.

"Michele should have been our leader for the Giro and in this reason we decided not to substitute Michele in the line-up for the race, leaving his race number free.

"Every day in this Giro d’Italia as well as in all other races Michele will be with us and day by day we will ride trying to honour his memory, fighting and smiling as he taught us all to do.

- I think, this is right decision and I am sure the organizers of the Giro d’Italia as well as the whole cycling community will accept and understand it. Obviously, this will not the only initiative that Astana Proteam is promoting to remember Michele and also to help his family. We initiated such an important thing as the fundraiser for his family, while many others will be developed in the next weeks and months, - added Alexandr Vinokurov.