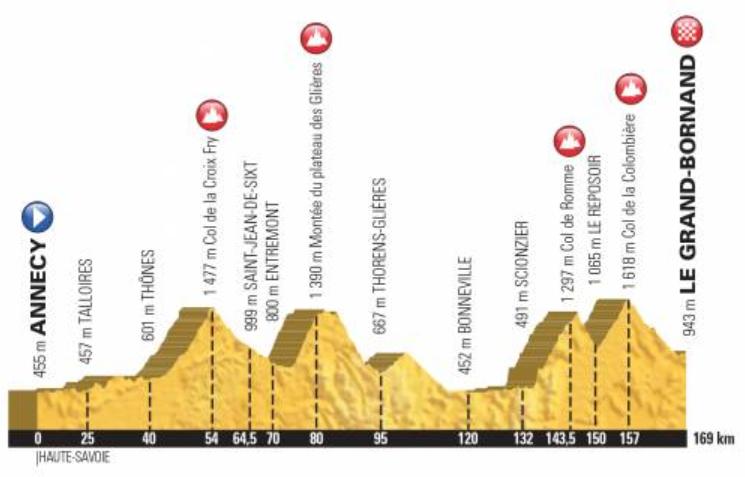 15,000 riders to tackle 4,000 metres of climbing from Annecy to Le Grand-Bornand
by Simon_MacMichael

Registration for next year’s Etape du Tour will open next Monday, with 15,000 places available to ride the route of Stage 10 of the 2018 Tour de France, the route of which was announced in Paris this morning.

Taking place in France’s Haute-Savoie department, the 169-kilometre closed-road cyclosportive will take place on Sunday 8 July, the day after the Tour de France itself starts in the Vendeé, and is the 28th edition of the event.

It will include 4,000 metres of climbing, with four tough ascents to be tackled, including an ascent to the Plateau des Glières plateau, never included on the route of the Tour de France before and where 2 kilometres of gravel roads await the riders.

The first climb of the day will be the Col de la Croix-Fry, followed by the one to the Plateau des Glières – 6 kilometres at an average gradient of 11.2 per cent. Here is the profile, plus video of part that gravel section that comes after the summit. Next comes the ascent of the Col de Romme, followed by the Col de la Colombière then the descent to the finish at Le Grand Bornard.

Entry will cost €109 up to and including 17 December and €139 thereafter, depending on availability.

You can find full details regarding registration here.