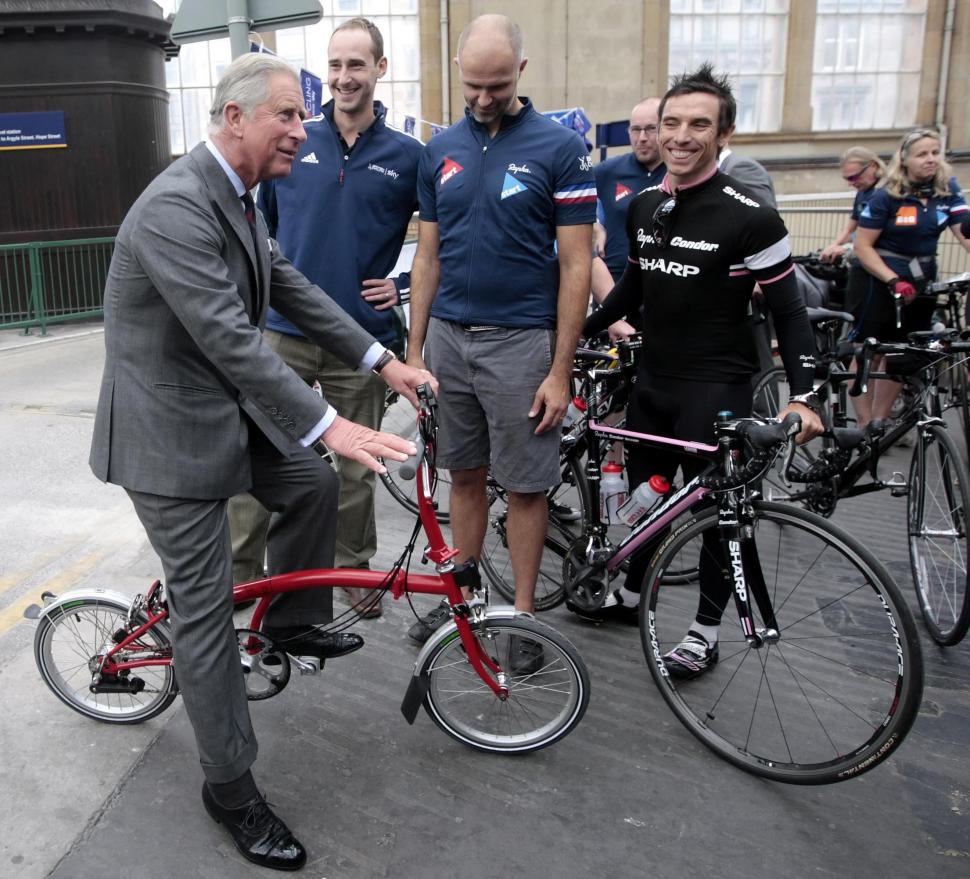 Prince of Wales in Glasgow.jpg

The Prince of Wales was pictured sitting astride a bike yesterday in Glasgow on the first leg of his current nationwide tour to promote sustainable living. The tour, which so far has received as much coverage for its use of the Royal Train as for its core messages, has British Cycling  as its sustainable transport partner.

The Prince, however, has so far had very little to say about cycling and it was left to British Cycling’s Peter Haymes to interpret what His Royal Highness made of his two-wheeled experience in Glasgow:

“The Prince of Wales was clearly quite impressed with the folding bike and even tried it for size. Collapsible bikes are great for commuters as they can be easily folded away and taken on trains and buses,” he said.

“We hope that the Prince’s support for cycling as a means of sustainable transport will help us encourage more people to ride to work. The message from today is that we can all START living more sustainably by making little changes in our lives such as cycling to work.”

The Prince later got back on the chip-fat fuelled Royal Train to “race” cyclists, including Rapha’s Dean Downing, to Edinburgh. “We met Prince Charles before the start of the ride and he asked us all about the bikes and the team,” said Downing.

“It was really inspiring to meet him but even with his kind words of encouragement we weren't able to make much headway into the really strong headwind and the train beat us on the day. Still, a great experience for us.”

There was also a fun lunchtime led-ride for Glasgow’s city centre workers yesterday and British Cycling will be hosting a free healthy breakfast for cyclists on the Royal Tour’s visit to Manchester on Wednesday, September 8 and Birmingham on Thursday, September 9.