Adding to the growing list of “Trans” and suchlike ultracycling endurance races is the just announced Silk Road Mountain Race, which as its name suggests travels the iconic and historic Silk Road, or part of it.

The Silk Route was operational from roughly around 120 BC and to about the mid 15th Century where trade crossed a large part of the globe from Asia and the Pacific Ocean to the edges of Europe and the Mediterranean where it carried much more than just silk, and despite the name was more than just the one highway and a network of roads that also branched off to Russia and India. 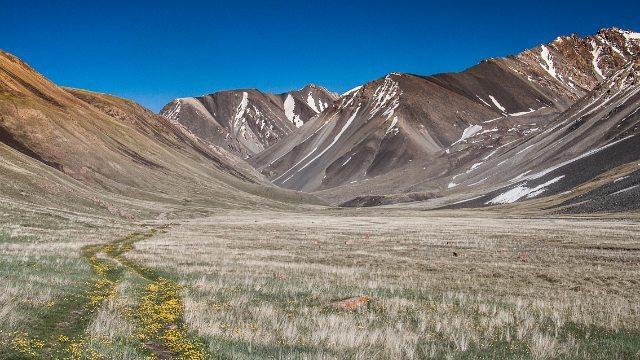 The Silk Road Mountain Race doesn’t cover the whole length of the old caravan route, which would make it somewhere over 10,000 kilometres long, instead the race is based in and around Kyrgyzstan, a Central Asian country bordering China that was once bisected by the Silk Road with its ancient cities being important trade hubs, and it starts in the capital Bishkek and handily finishes within riding distance of the city. 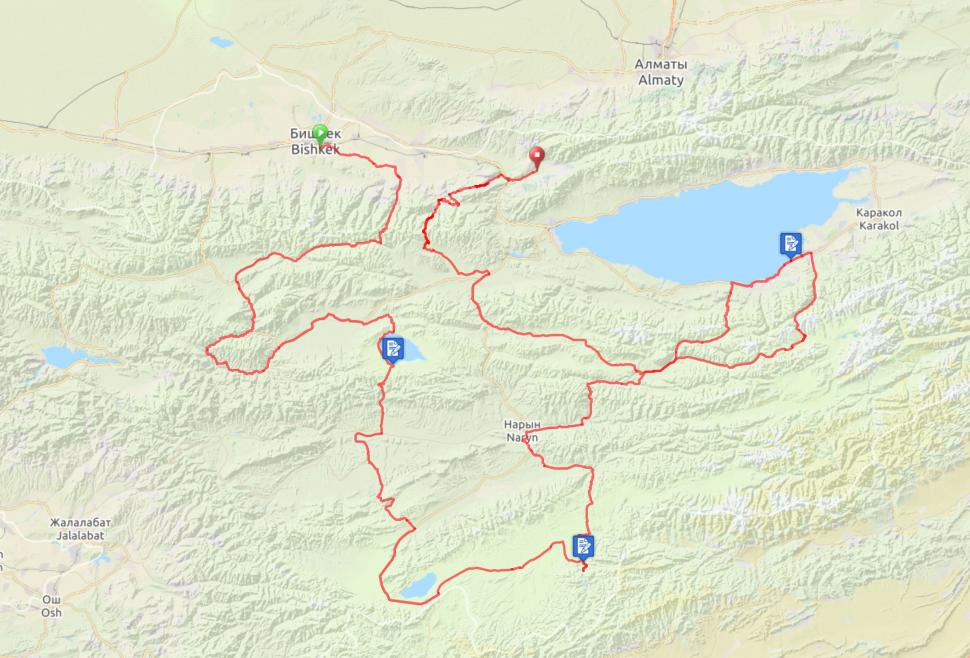 The Silk Road Mountain Race follows a fixed anti-clockwise route of 1700 kilometres with a total of 26,000m of climbing and three check-points along the way, and like many ultra-distance cycling events there is no prize for the eventual winner. The race will follow gravel, single and double track and long forgotten Soviet roads that have fallen into disrepair. There will be very little tarmac and there will most probably be some walking involved. Best choose both your bike and shoes carefully then, something both fast and rugged. 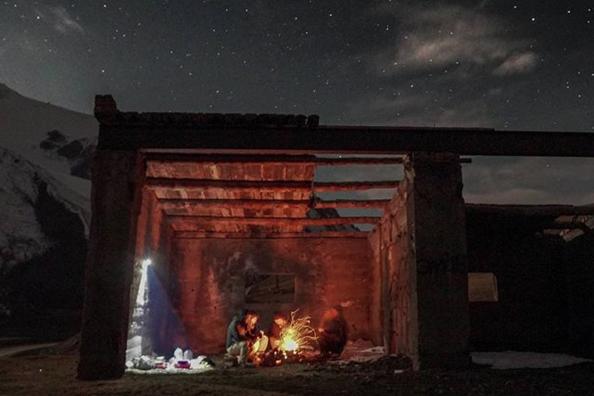 As with other ultra events the Silk Road Mountain Race is entirely self-supported with riders having to find food and shelter of their own accord. The empty and exposed nature of the geography that the race passes through ensures that both are going to be hard to come by, with great distances between resupply points highlighted by the organisers. There aren’t gong to be the frequent petrol stations and McDonalds that are the cruel but necessary saviours of other long distance races, you best choose your bike and your baggage system carefully then. 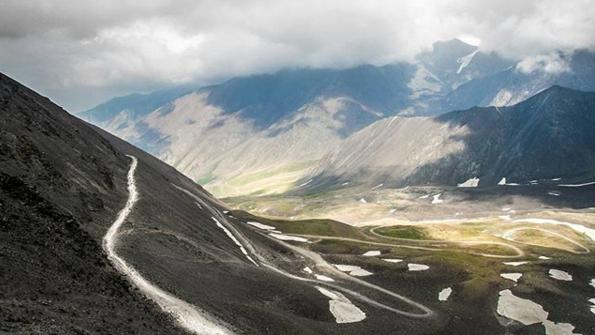 From the start in Bishkek the race heads straight into the mountains and the challenging gravel road over the Kegety Pass that summits, if you can make it past any landslides, at 3780m. The route then climbs up to the north shore of Song Kul lake, one of Kyrgyzstan’s famous landmarks, where riders make their way around the western shoreline to reach a yurt camp and the first checkpoint of the race. 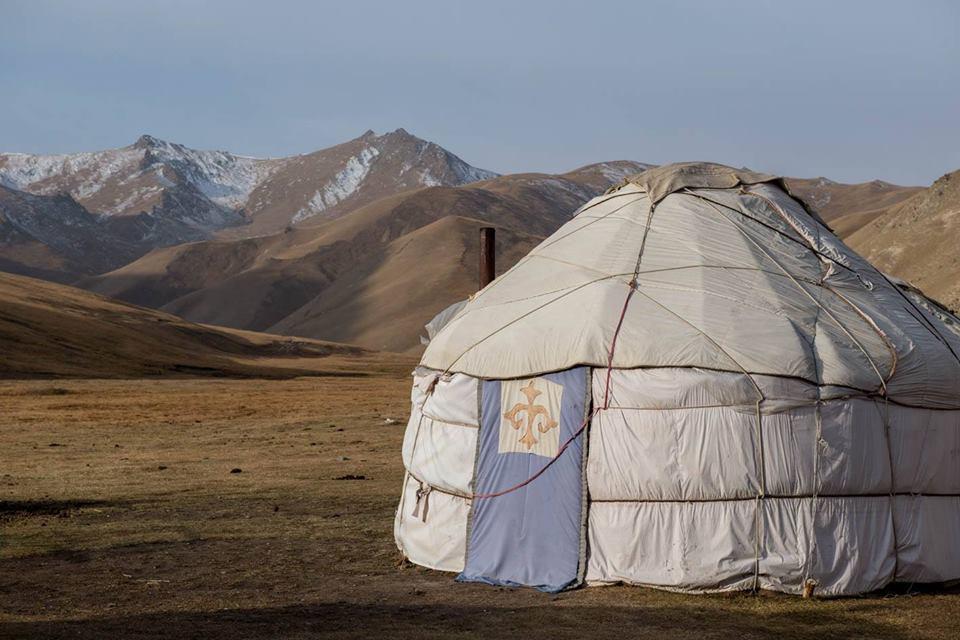 Brevet card stamped riders head south towards the border with China and as they skirt around Chatyr Kul lake their border zone permit will be checked at a military checkpoint on the only stretch of good tarmac in the race; the road to the border crossing at Torurgart. After following a rough track that runs parallel to the no-man’s land with China racers reach the second checkpoint at the remote alpine Kel-Suu lake. The next section heading north towards Naryn is wild and remote and will require riders to think carefully about their food and water requirements. From Naryn to the third checkpoint on the shores of lake Issyk-Kul there’s almost 300km of mountainous terrain to contend with and little to no chance to resupply on route, the checkpoint itself will be in a guesthouse in the village of Chychkan, right on the water’s edge.

The organisers have left the best till last in the final stretch back to Bishkek, where best means hardest with two serious mountain passes to negotiate. The first is the biggest but the road is meant to be mostly rideable while the final pass towards Chong Kemin and the finish line follows a horse track that will definitely include a difficult section of hike-a-bike. And the descent doesn’t promise an easy reward for your efforts as the track down the pass reaches 40% at one point. You finally reach the finish in the village of Chong Kemin, 150 kilometers east of Bishkek, hopefully in time for the after party on September 1st. The organisers will kindly provide transport back to Bishkek the day after the party. 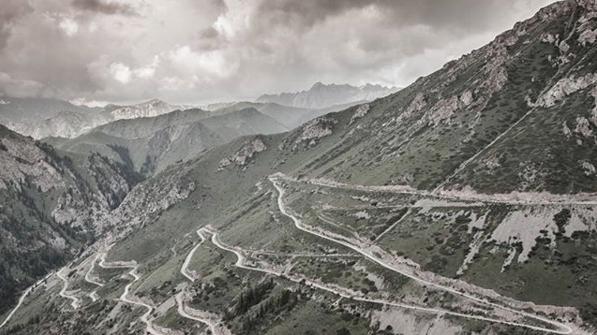 The race director, Nelson Trees, spent over three months during the summer of 2017 scouting the roads and the entire route has been checked in person to ensure a continuous and safe race. Having previously cycled from Shanghai to Paris, Nelson traveled through Kyrgyzstan during his journey and he has history with this sort of racing as he’s participated in three editions of the Transcontinental. Combining these two experiences he felt inspired to create another race in a different part of the world and Nelson knew this part of Central Asia had all the qualities he was looking for.

As in other ultra-endurance races like the Tour Divide and Transcontinental the actual rules are simple, largely self-policed and attempt to embody the spirit of self-support and fairness for all riders. The race will be an adventure on a grand scale that will take you through some of the wildest areas of one the most stunning, untouched and desolate parts of the world. The setting is awe-inspiring but also extremely hard on those that dare to venture into it. Despite the race being held in summer the topography of the land means that snow is possible at any time of the year so racers need to be prepared for cold, wet and unfriendly weather conditions. 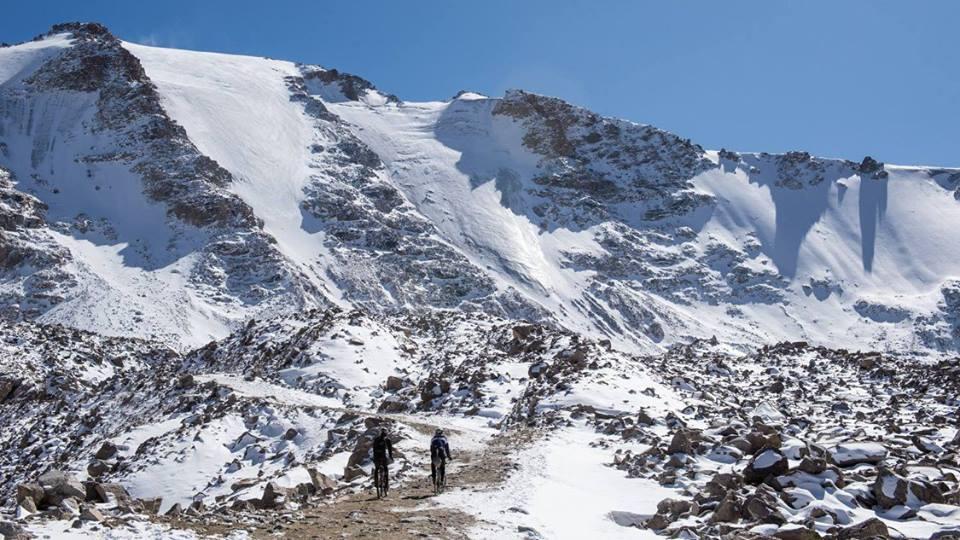 Because of the extreme isolation, remoteness and difficulty of getting help in this part of the world riders will be required to use a SPOT tracker with an SOS function. If something does go wrong the organisers point out that as emergency services are very limited in Kyrgyzstan the most that they can do is help coordinate an emergency response. If you’re thinking about doing this race this is not an inconsiderate point to ponder.