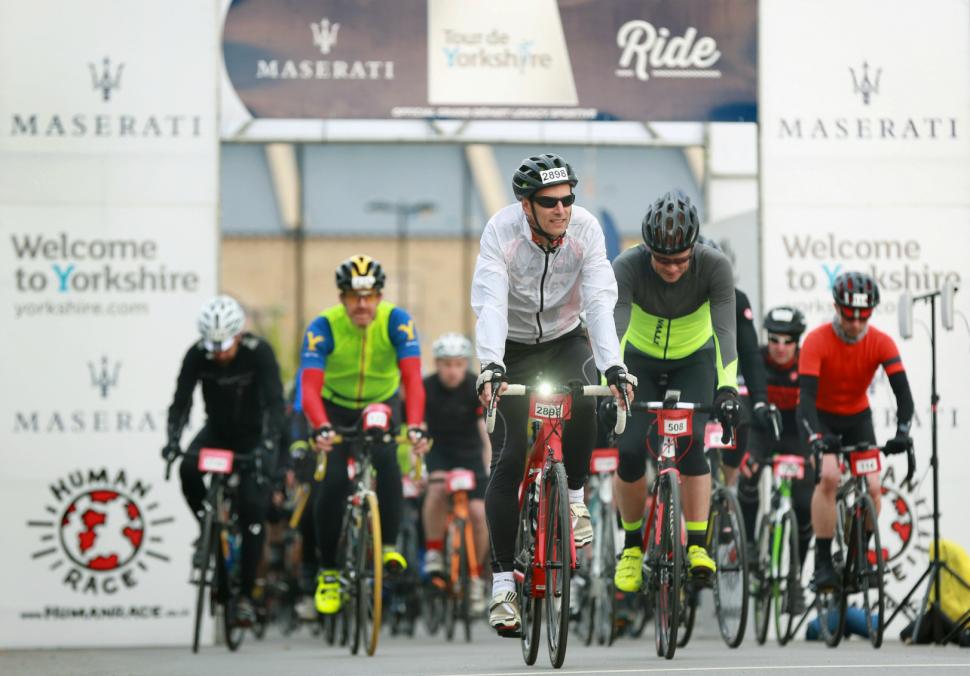 Starting and finishing in Leeds on 6 May, three route options give 6,000 amateurs chance to ride same route as the pros
by Simon_MacMichael

General entries are now open for the fourth annual Maserati Tour de Yorkshire Ride, which this year starts and finishes in Leeds and will take place on Sunday 6 May.

Setting off from the West Yorkshire city’s Woodhouse Moor, the finish line will be on The Headrow, the location where the Grand Départ of the Tour de France got under way in 2014.

It takes place on the final day of this year’s Tour de Yorkshire, now expanded to four stages, with the 6,000 participants in the sportive tackling some of the same climbs the pros will later in the day.

The routes have also been announced today, and will include some of the roads that featured on the opening stage of the 2014 Tour de France, with three distances available. 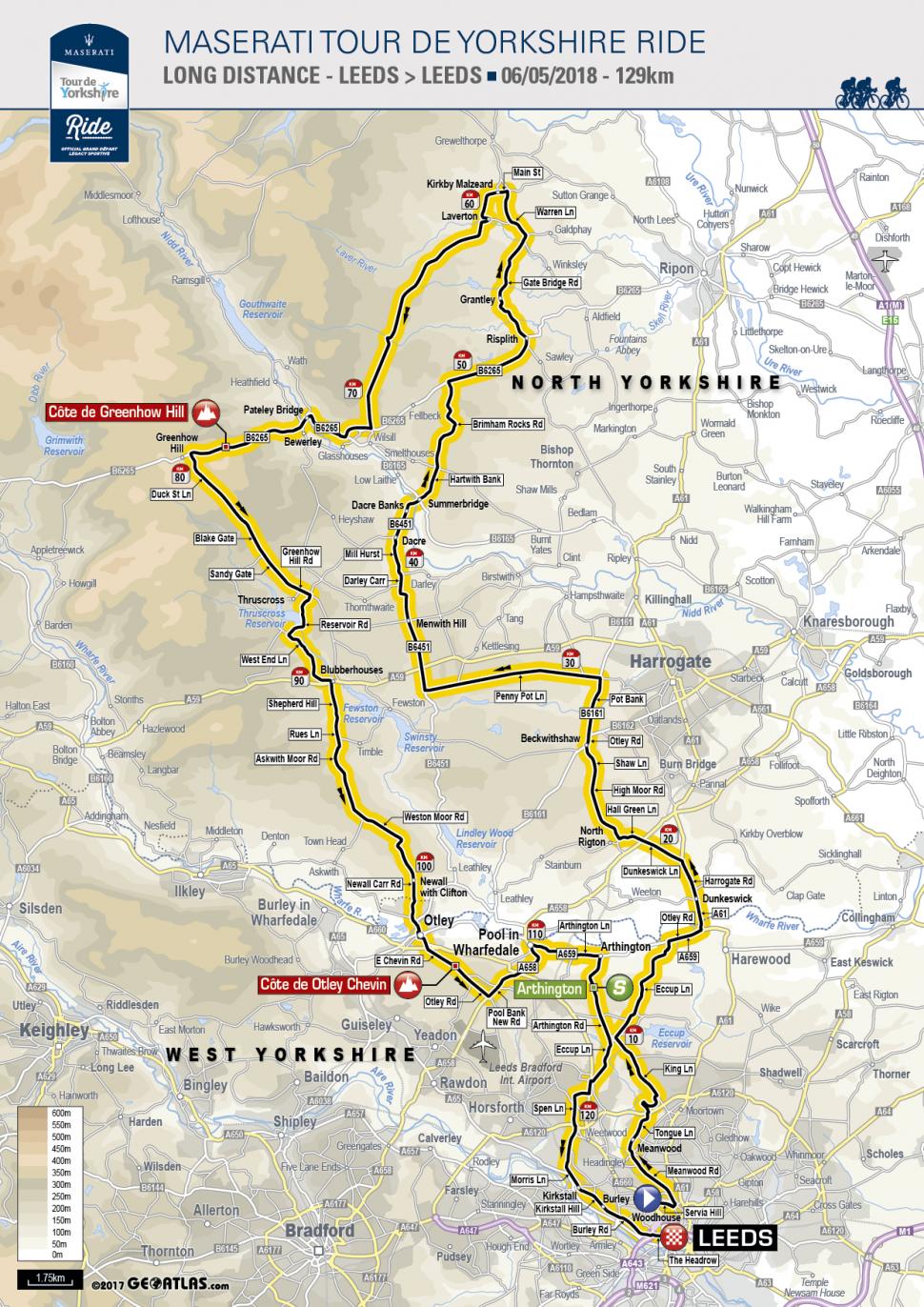 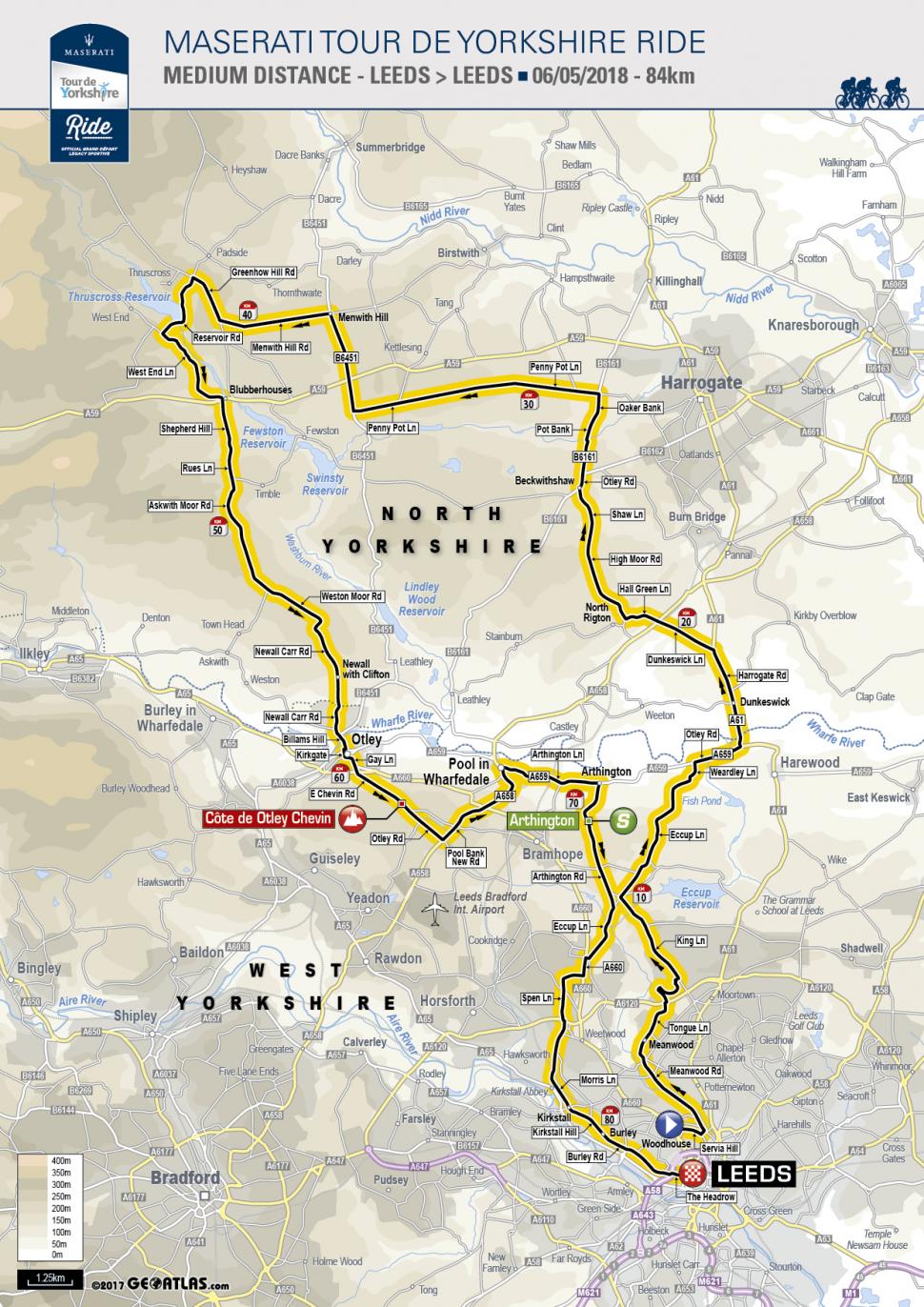 In partnership with Strava, there will be two segment challenges, at Greenhow Hill and Black Hill Lane, where King of the Mountain, Queen of the Mountain and Sprint Jerseys can be won.

The sportive is organised by Human Race, whose CEO, Nick Rusling said: “We say it every year, but the route this year is exceptionally tough – Yorkshire never fails.

“Cyclists will be tackling the same brutal climbs as the pros, and it’ll be made worthwhile when they cross the same finish line with the same roaring crowds. There’s no other UK sportive quite like it.”

Sir Gary Verity, chief executive of Welcome to Yorkshire, added: “What’s so fantastic about the event being in Leeds is that it makes it accessible for people to travel from across the UK and overseas to take part.

“The reason this event is so iconic is the pride and passion that the people of Yorkshire show whenever the eyes of the UK and the world are on our county.”

Standard entry costs £45 for the Short course and £50 for both the Medium and Long courses.

Champion entry is also available, which includes extras such as the event jersey, medal engraving and a training plan devised by Team Sky's Luke Rowe, and costs £125 for the Short distance and £130 for the two longer distances.

Full details of the route and how to enter can be found here.