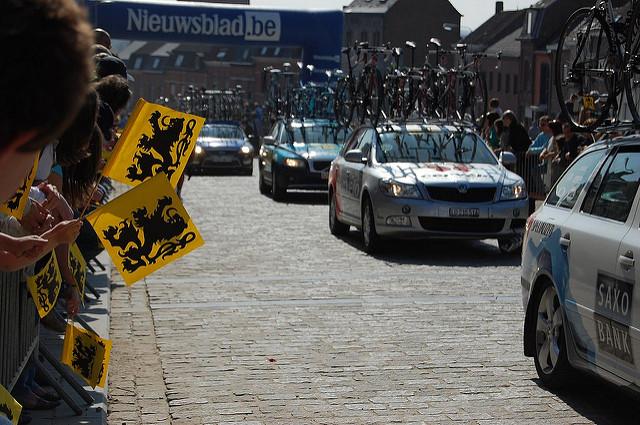 Belgian region's sports minister has confirmed that bid is being prepared and will be submitted in June...
by Simon_MacMichael

The Belgian region of Flanders is bidding to host the 2021 edition of the UCI Road World Championships, which will mark the centenary of the event.

The news was announced  on Friday by Flemish Sports Minister Philippe Muyters, who has set aside a budget of €)3.5 million to finance
the bid, due to be submitted in June, and the  hosting fee.

The Belgian cycling federation and the Flemish government are supporting the bid, as has Event Flanders, which has carried out a feasibility study into the logistical aspects.

Flemish prime minister Geert Bourgeois said: "Organising the world championship would be a great opportunity for Flanders, not only for the fans who get the chance to see the absolute best in the world at work for several days in a row, but also for the image of Flanders globally.

"The road cycling world championships is one of those sporting events that really get screened everywhere, even in the farthest corners of the world - a fantastic promotion for Flanders cycling country ."

According to the sports minister Muyters, the economic impact of hosting the world championships "is cautiously estimated at 30 million euros,"although we may be even more ambitious as a real cycling region."

First held in Copenhagen. Denmark in 1021. the UCI Road World Championships have been held in Flanders on six occasions, most recently when Zolder hosted the event in 2002.

The UCI will decide where the 2021 edition will be staged in September, during this year's world championships in Innsbruck, Austria.

Yorkshire will stage the event next year, while the 2020 host is yet to be announced.