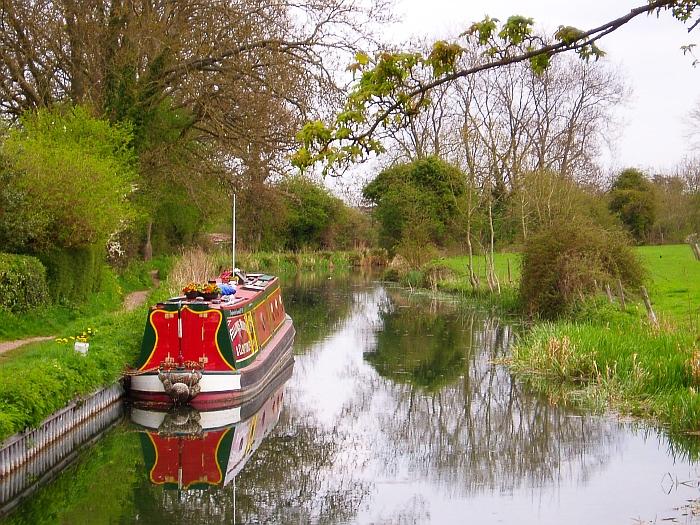 Cyclists using the Basingstoke Canal in Surrey and Hampshire are being reminded that pedestrians have priority on the towpath, with a code of conduct being drawn up for users to reinforce the point.

The move follows reports of both verbal and physical “clashes” between towpath users on the 32-mile waterway with the area around Woking said to be “particularly problematic,” reports Get Surrey.

Completed in 1794 the canal, which nowadays runs from the Wey Navigation which connects it to the Thames to Greywell some five miles short of the original destination from which it takes its name, has been jointly owned by Surrey County Council and Hampshire County Council.

The volunteer-run Basingstoke Canal Society acts as its “guardians” and since being established half a century ago has led efforts to restore the canal, enabling boats to navigate it, and to restore it to public ownership.

The Basingstoke Canal Joint Management Committee is now working on a code of conduct which will include cyclists being requested to slow down, to give right of way to pedestrians and to dismount at narrow points on the towpath and in particular near bridges.

One of the committee members, Councillor Kevin Davies, said that Woking – the town whose council he sits on – “is the area where we have considerable issues. I think the policy is a good thing and welcome it.”

He acknowledged the value of the towpath to cyclists in enabling them to void busy roads, but added: “Since the route became officially known as cycle paths on maps, cyclists think they are the number one.  We need signs that simply say ‘cyclists you do not have priority’.”

Signage telling them that will be erected under the policy, which has been drafted by the canal’s strategic manager James Taylor, who in a report submitted to the committee wrote: “Cycling is a very popular way to commute and these towns all have good access from the canal to local train stations at Woking, West Byfleet, Fleet and Ash Vale.

“The towpath is now at times crowded with many different types of user, and there is inevitably some clashes, physically and verbally. This issue is not unusual to the Basingstoke Canal, and similar issues are seen on many canals throughout Great Britain.”

In 2015 The Canal & River Trust, which is responsible for 2,000 miles of waterways throughout England and Wales, introduced its Better Towpaths For Everyone policy which asks cyclists to “Drop Your Pace” and to give priority to pedestrians.

That same year, we took a detailed look at the problem of cyclists riding at excessive speeds on canal towpaths as they sought to set Strava KOMs.

Earlier this month, the Basingstoke Canal Society said it was “extremely disappointed” that Surrey and Hampshire County Councils had decided against a proposed transfer of the waterway to the Canal & River Trust.

The society added that it believed “the transfer would offer the most attractive option to secure the long-term future of the canal by integrating it more fully into the national waterways network.”