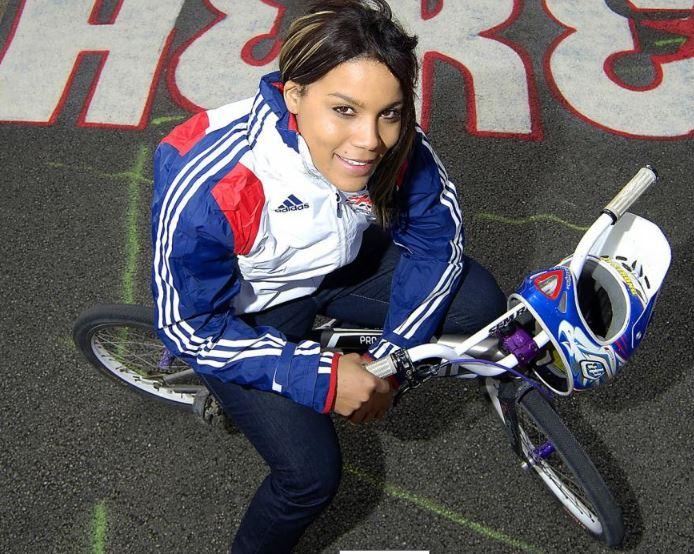 Reade returned to racing in January, winning the team sprint at the National Track Championships
by Alex Bowden

Reade retired from top-level competition in 2017 at the age of 28 and went on to work as an ambassador for British Cycling, where she was heavily involved in the development of the ‘We Ride’ women’s strategy.

She returned to the track in January, earning victory in the team sprint at the National Track Championships alongside Blaine Ridge-Davis.

In her new role Shanaze will promote and guide the development of cycling throughout the West Midlands.

She said: “I look forward to helping people discover the amazing benefits of cycling and walking – both for pleasure and as a convenient method of transport. The benefits are endless; from saving money to a sense of freedom, mental wellbeing and keeping fit. With the infrastructure being put in place there will be no excuse not to get out those trainers or on your bike.”

British Cycling Chief Executive Julie Harrington commented: “Shanaze has always been a fantastic ambassador for our sport and I am sure she will be equally brilliant in her new role in the West Midlands.

“We are proud that our riders – both past and present – make such a valuable contribution to communities across Britain, and we look forward to watching Shanaze work with Mayor Andy Street to enable more local people to get around by bike in the coming years.”

The announcement follows news that Transport for West Midlands (TfWM) has agreed a £17m funding package for cycling. Combined with expected investment from councils and developers, it means that spending on cycling in the West Midlands will be £10 per head per year until 2022.

Mayor of the West Midlands Andy Street said: “Shanaze will make a brilliant ambassador for cycling and walking. She has excelled on the track, is a superb role model and will inspire many young people here to get on their bikes.

“We set out to raise investment to £10 per head and are doing just that. In the West Midlands we are serious about cycling – it is fun and great for our health and as an alternative to the car can help ease traffic congestion and improve the quality of the air we breathe.”