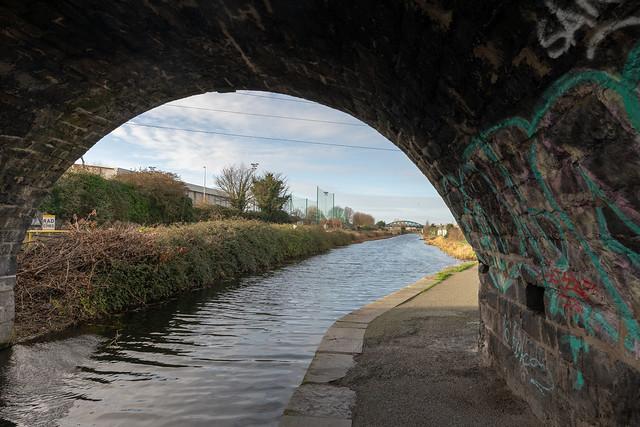 Cycling campaigners in Dublin are protesting against a planned six-year closure of a popular off-road commuting and leisure cycling route while a metro line is built – and insist that it will be possible to provide a safe, traffic-free alternative while the works take place.

Under current proposals from Transport Infrastructure Ireland (TII) and the National Transport Authority, the Royal Canal Greenway would be closed between Broombridge railway station in Glasnevin and Cross Guns Bridge in Phibsborough, reports Dublin People.

The stretch in question of the Royal Canal Greenway, which forms part of a 144-kilometre national trail, is around 2 kilometres long and is seen by campaigners as a essential traffic-free artery for people commuting on two wheels into the city centre, as well as for leisure riders.

“The Royal Canal Greenway is one of the few safe and traffic free cycle routes in the city,” said Paul Corcoran, chair of the Dublin Cycling Campaign.

“It is a vital corridor for commuter cyclists in the north and west of the city, as well as a family-friendly amenity.

“Options exist that would maintain the walking and cycle route during construction,” he added.

As things stand, no alternative routes have been provided for pedestrians or cyclists, but campaigners insist that a temporary bridge across the canal would enable people to continue their journeys on the southern towpath while works are undertaken on the other side.

Colm Ryder, chair of national campaign group Cyclist,ie warned that “there is a real risk” that the MetroLink works could lead to a repeat of the Irish capital’s last major infrastructure project, the Luas Cross City tram system.

“Luas Cross City made cycling more dangerous in the city centre, despite numerous promises from transport authorities that it would improve cycle infrastructure.”

Dublin Cycling Campaign, which last week called for better cycling infrastructure as it held a protest involving 100 cyclists outside the building housing the Dáil, the lower house of the Irish parliament, put forward its plans for alternative routes in its response to a consultation that closes this week on the TramLink project.