You may remember our story from last week about Cambridge City Council threatening rail operator Greater Anglia with legal action over failures of security at the city's railway station bike park, the largest such facility in the UK.

Well, this picture tweeted today shows just one of the security failings that has seen a number of cyclists return to find their pride and joy gone, and deters others from parking their bike there in the first place ...

Doesn't matter how secure the nuts are. The stands should have been installed into the concrete https://t.co/eZehsAVvpX

The UK heading into its second election in two yearspic.twitter.com/mfTCYas5ia

Can't make the Rouleur Classic, which runs from Thursday to Saturday and is billed as

Never fear, as Kenny Van Vlaminck points out in this tweet, you can catch all the talks online.  The Belgian legend himself will be appearing, as will the likes of Sir Bradley Wiggins, Fabian Cancellara, Greg LeMond, Lizzie Deignan and ... by pure coincidence ... that Matt Stephens off the telly.

make sure you are using WiFi electricity for this incredibles! https://t.co/JkFACk5A28

A lorry driver convicted of causing the death of Birmingham cyclist Suzanna Bull through careless driving will not face a retrial on the more serious charge of causing her death through dangerous driving after a jury failed to reach a verdict.

Robert Bradbury failed to see the victim, a doctor who worked at Birmingham Children’s Hospital, because of a tray in his cab that was full of ornaments and other objects.

After he was convicted on the lesser charge earlier this month, the case was adjourned to give the prosecution time to consider whether to seek a retrial on the causing death by dangerous driving charge, reports the Birmingham Mail.

Michael Duck QC, prosecuting, has now confirmed that a retrial will not be sought. "The family (has been consulted and the position is that the Crown take the view that it would not be in the public interest to pursue a retrial of count one," he explained.

"Ultimately this was not a case in which there was a sustained period of bad driving, excess speed or swerving between vehicles."

Bradbury will be sentenced on 6 December.

Attention all cyclists in Edinburgh ! Feel free to pop down to Middle Meadow Walk in Edinburgh and speak to @polscotrpu and @EdinburghPolice as part of the “Be Bright Be Seen” campaign . Hi Viz goodies being handed out too aswell as #operationclosepass on display pic.twitter.com/YM43GDKp3B

Yesterday afternoon, the Road Policing Scotland Twitter account said they would be handing out 'high viz goodies' to cyclists roadside in Edinburgh as part of their 'Be Bright Be Seen' campaign; but not everyone thought it was the best use of their resources, citing evidence from studies such as the one discussed in this article...

Are you also advising drivers to take extra care around vulnerable road users ask them to actually do some active looking at their surroundings or are you just relying on hi-viz on the most likely victims?

Your profile is full of drivers stopped for drug and drink driving, excess speed etc. how will a high vis vest protect a cyclist from those drivers?

The Police campaign is also at odds with another campaign launched by Council leaders in Edinburgh today calling on road users to look out for each, as reported by Edinburgh Evening News. Campaigners say the onus should be placed on drivers rather than encouraging cyclists to wear “bright lycra", with Green councillor Claire Miller saying: “I’m glad that there is an opportunity for people with bikes to prepare for the winter weather and darker days.

“However, we should be putting the onus for safety of vulnerable road users on drivers – they must take responsibility for ensuring the safety of pedestrians and cyclists.

“It is perfectly reasonable for cyclists to be wearing normal workday clothes and still expect to be safe on the roads.

“If the city is really serious about safety for people on bikes, it is much less to do with bright lycra and much more to do with providing well connected, well-lit and dedicated routes for people to be able travel by bike around the city.”

Do you reckon the police have the best of intentions but failed in the execution of their campaign, have failed all together or do you think there is nothing wrong with this? let us know in the comments... 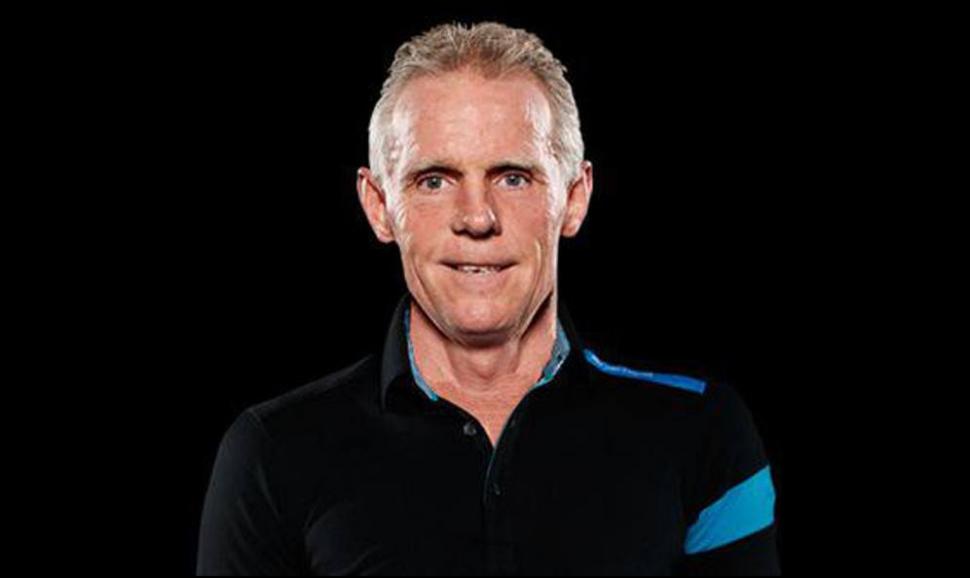 According to journalists attending the hearing, Freeman's lawyer Mary O'Rourke says that former British Cycling and Team Sky coach Shane Sutton requested the Testogel - a major revelation, with Sutton set to be cross examined by Miss O'Rourke. Sutton was also the personal coach to Bradley Wiggins.

Sutton has denied any knowledge of Testogel deliveries in all previous statements.

Freeman has spoken to confirm his name and GMC number, according to The Times' Chief Sports Correspondent Matt Lawton.

The long-delayed eight week hearing into Dr Richard Freeman's alleged misconduct and the ordering of banned substances has started with a bang. The Daily Mail reports that in the opening minutes of the hearing in front of a three-person panel, Dr Freeman's representative Mary O'Rourke QC said he has now admitted to telling "a lot of lies" via a witness statement submitted just last month - but Freeman will still insist that the order for Testogel (a banned testosterone product) made in 2011 was not intended for use by athletes.

Dr Freeman will instead argue that the Testogel was ordered for a member of staff at British Cycling. Miss O'Rourke said that Freeman "couldn't bring himself to tell the truth, even to his lawyers" until very recently. Responding to charges of 'obtaining testosterone to give an athlete to improve an athlete's performance', read by Simon Jackson QC, Miss O'Rourk said: "It does not matter for Mr Jackson what the motive is because the burden of proof is on the GMC to prove the motive they assert…that's the burden they have given themselves."

The hearing continues, and is set to run until 20th December.

Tony Blair was still Prime Minister the last time a passenger died as a result of a train accident on the British rail network. Since then over 23,000 people have died on the roads.

Who remembers these lights? https://t.co/6E60Ez6X7I

If you're one of those people who gets nostalgic about how cycling was better in the good old days... well when it comes to lights, sorry but you're just wrong. We've had some great replies from you lot on Twitter, not-so-fondly recalling the days of illuminating some of your front wheel with half a lumen that would flicker a bit then run out halfway through your paper round.

Do send us your best (well worst) photos of your rubbish old bike lights in the comments below, ideally mounted to a Raleigh Chopper or something, and there might just be a pair of very good and modern road.cc socks in it for you!

P.s... want some half decent bike lights? Find out all you need to know with our 2019 Beam Comparison Engine of the best front lights and this handy guide to the best rear bike lights. 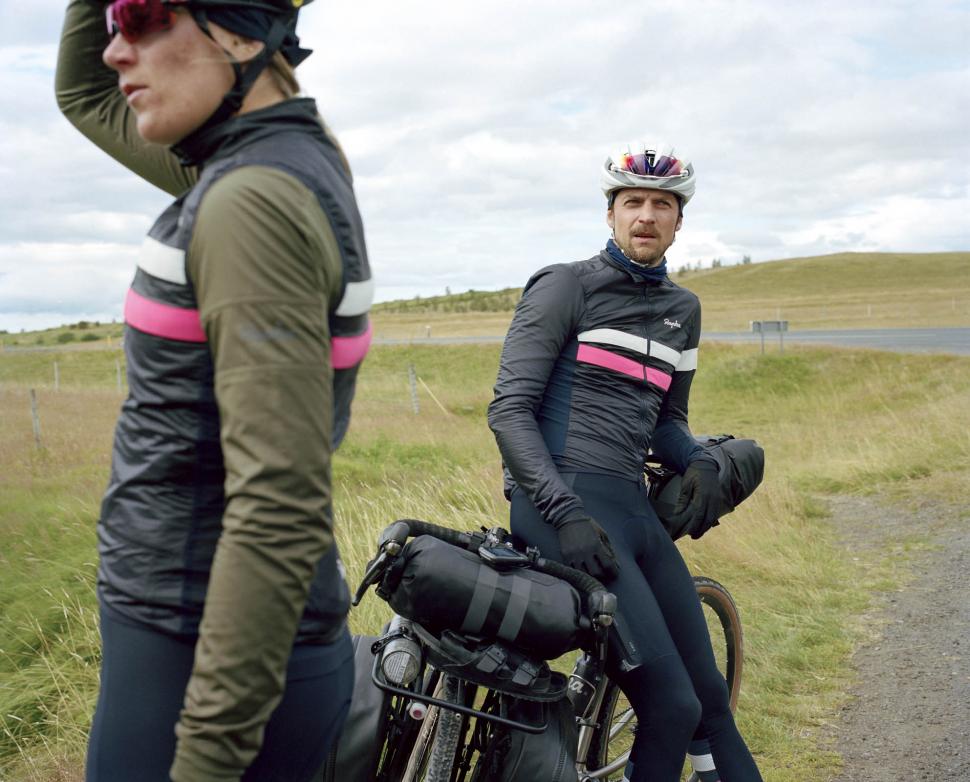 Just as the clocks go back, Rapha have officially launched their new Explore range. Aimed at off-road exploring in colder temperatures and keeping you wamr and dry, there are technical tees and jerseys with lightweight, insulating fabrics, pullovers and jackets with Gore-Tex for the ultimate in weather protection. We managed to get hold of some of the Gore-Tex-infused kit early and have already reviewed the Women’s Explore Hooded Gore-Tex Pullover - check it out here.

All the gear is live on Rapha's website now.

Freeman's hearing was subject to lengthy delays after issues with his mental health were cited as the reason for postponement in February this year, and today it's finally set to begin. It was originally set to start yesterday, but one of the panel members of the Medical Practitioners Tribunal Service fell ill, reports the Lancashire Telegraph. A replacement panel member has now been found, and the hearing will resume today in Manchester.

Freeman is accused of ordering sachets of the banned substance Testogel back in May of 2011 while working for British Cycling, and administering treatments to British Cycling and Team Sky athletes for reasons other than first aid, with the intention of illegally enhancing performance. Freeman is also accused of making false statements to cover up the Testogel order, claiming it wasn't ordered for athletes he was working with.

The hearing is set to run over eight weeks.

A viral @AFP photo taken in the fall of 2017 shows a cyclist flipping off Donald Trump's presidential convoy. The image cost Juli Briskman, the cyclist, her job. Two years later, she is jumping headfirst into politics and is running for local office pic.twitter.com/fduAgLNnfM

We reported last week that Juli Briskman is now running for local office, two years on from an infamous photo that shown her swearing at a motorcade which contained the POTUS in one of the vehicles - the picture cost Briskman her job. Now here she is talking about her new life as a potential politician and canvassing, saying: "It was horrible to get fired, but it did open a lot of doors in other ways."

The classic "I'm a cyclist myself" shot. pic.twitter.com/Apzubl6dZr

Perhaps the bike rack is a prop in an attempt to mitigate this driver's very daft parking...