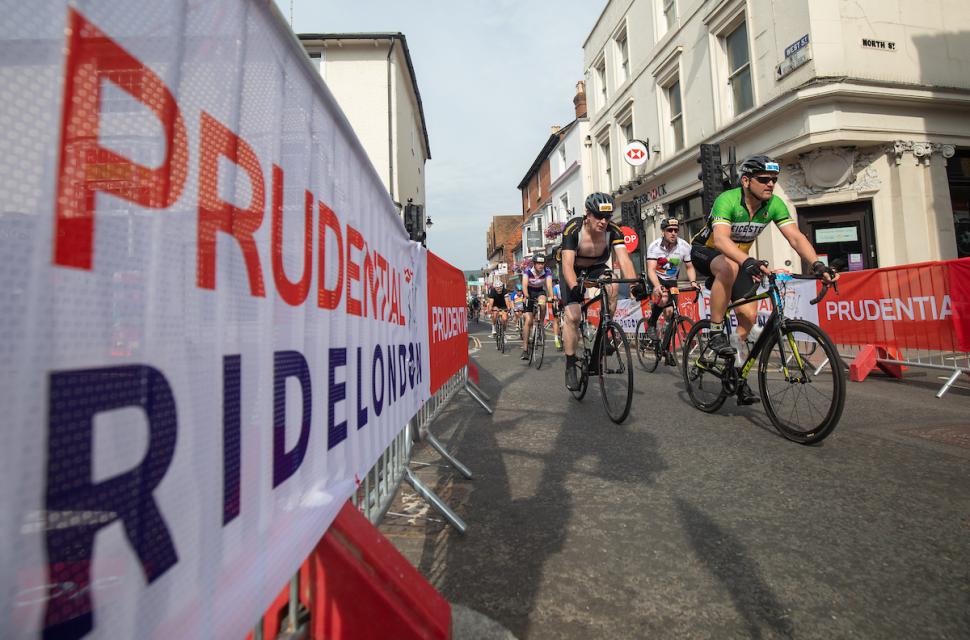 RideLondon looking for new headline sponsor from next year

Deal with Prudential, which has backed event since 2013, ends this year
by Simon_MacMichael

London Marathon Events, the owner of RideLondon, is looking for a new headline sponsor for the event from 2021, with the current deal with Prudential due to expire with this year’s edition.

The insurance firm has sponsored the event, created as a legacy to the London 2012 Olympic Games, since its first edition in 2013.

Event director Hugh Brasher said: “As the founding headline sponsor of the Mayor of London’s event, Prudential has played a hugely important part in building RideLondon into the world’s greatest festival of cycling.

“In 2019, RideLondon featured more than 100,000 riders participating in seven different events on closed roads in London and Surrey, including UCI WorldTour men’s and women’s races with more than five hours of live coverage on BBC TV. Over the years, the festival has inspired more than 100,000 new or lapsed riders to take up cycling.

“It has been a wonderful seven years and we would like to thank everyone at Prudential for their huge support of RideLondon.

“There is now a unique opportunity for a new partner to help us in the evolution of this extraordinary event, which can play a key role in shaping the health and well-being of future generations.”

Will Norman, London’s Walking and Cycling Commissioner, commented: “RideLondon is one of the highlights of the year, enabling Londoners of all ages and abilities to enjoy riding on some of our city’s most famous streets without traffic.

“There’s something for everyone to enjoy – from helping new cyclists build their confidence, to giving experienced riders the opportunity to push themselves and the chance to watch the professionals in action. RideLondon has gone from strength to strength over the past seven years, and like many I now couldn’t imagine our city without it.”

As we reported earlier this month, Surrey County Council has launched a consultation on whether it should continue to host the Sunday events – the sportive and the men’s elite race, which have routes that take them out of Greater London and into the county – from 2021-25.

The council said that “If the Cabinet agrees not to host the event in Surrey, we are committed to run the event for the last time in 2021 in order to enable the event organisers enough time to find an alternative host.

The consultation, which you can find here, remains open until Sunday 16 February.